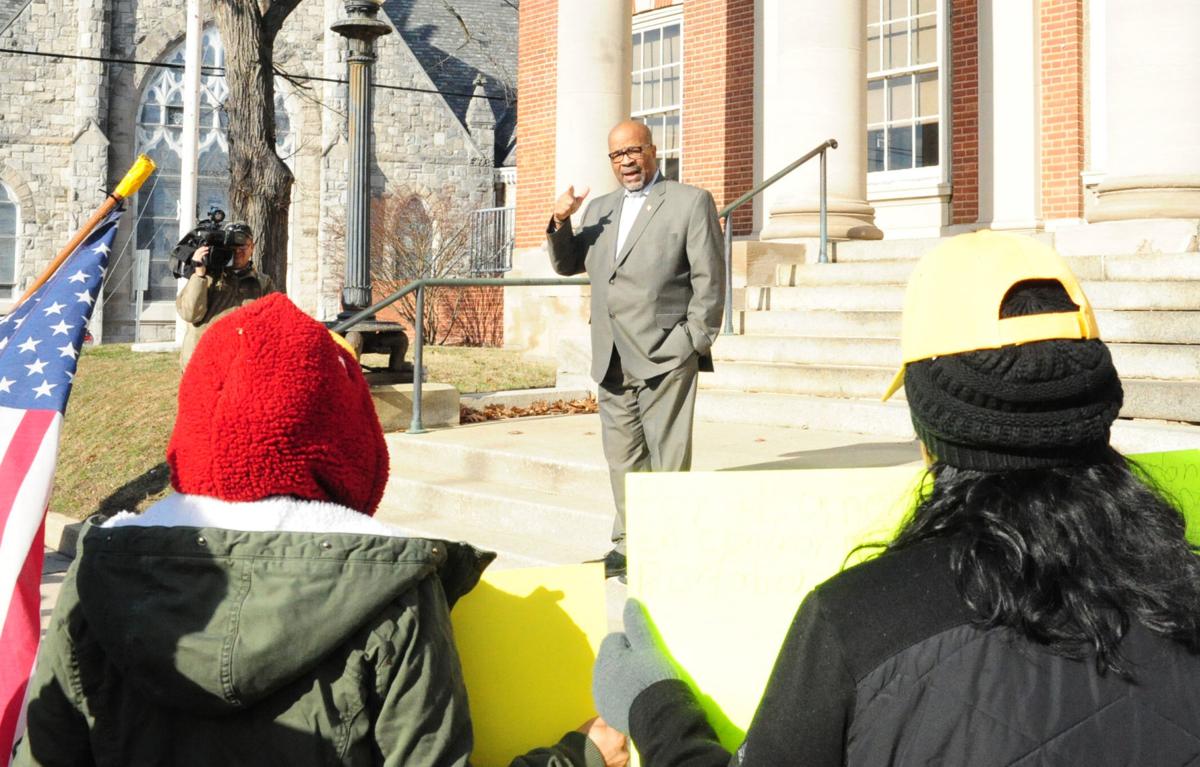 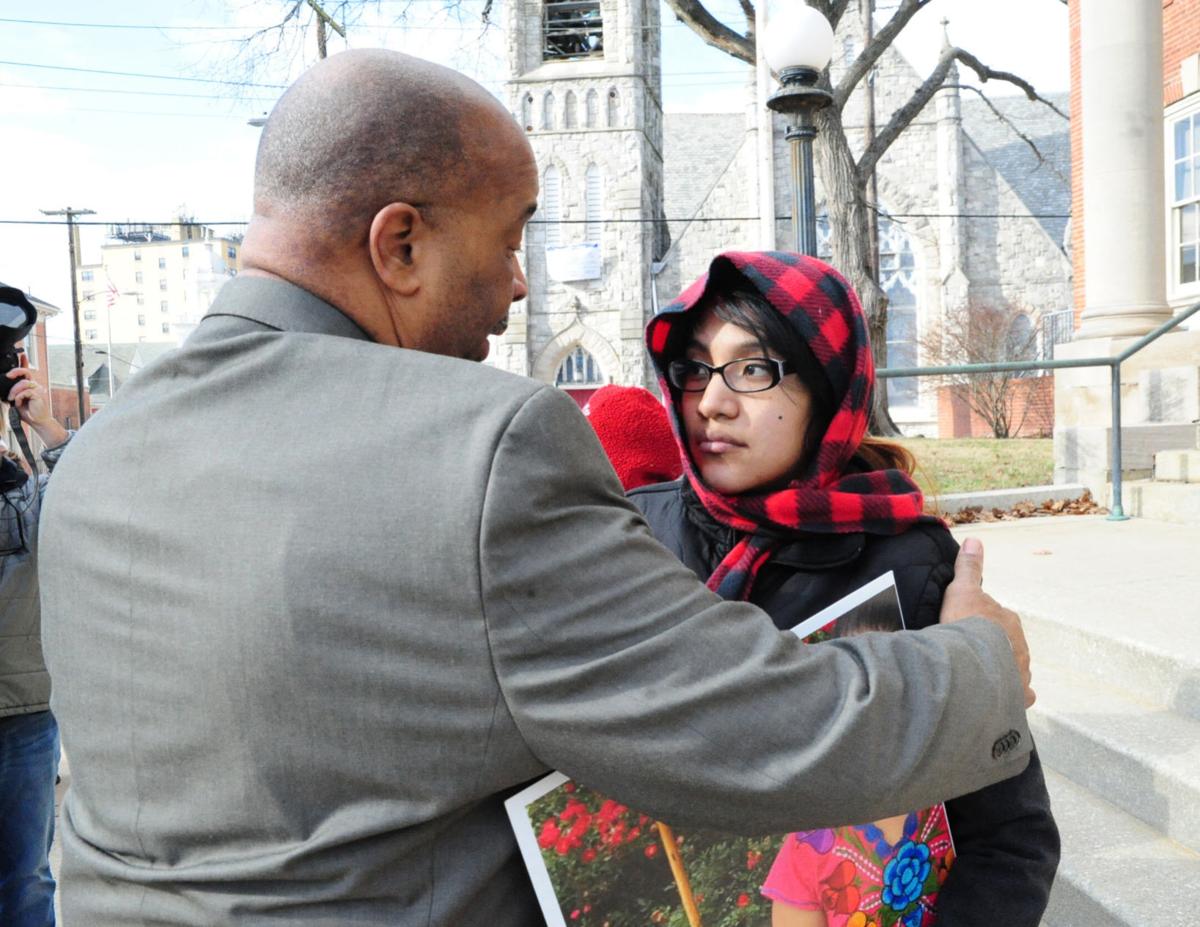 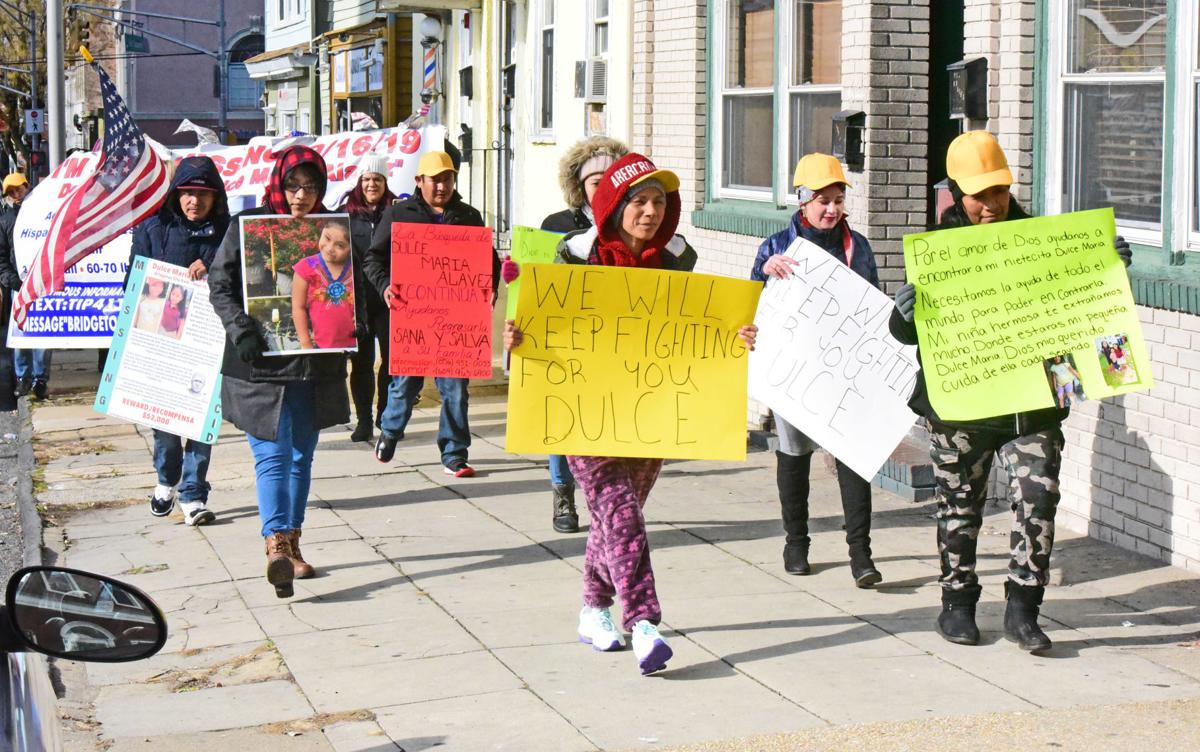 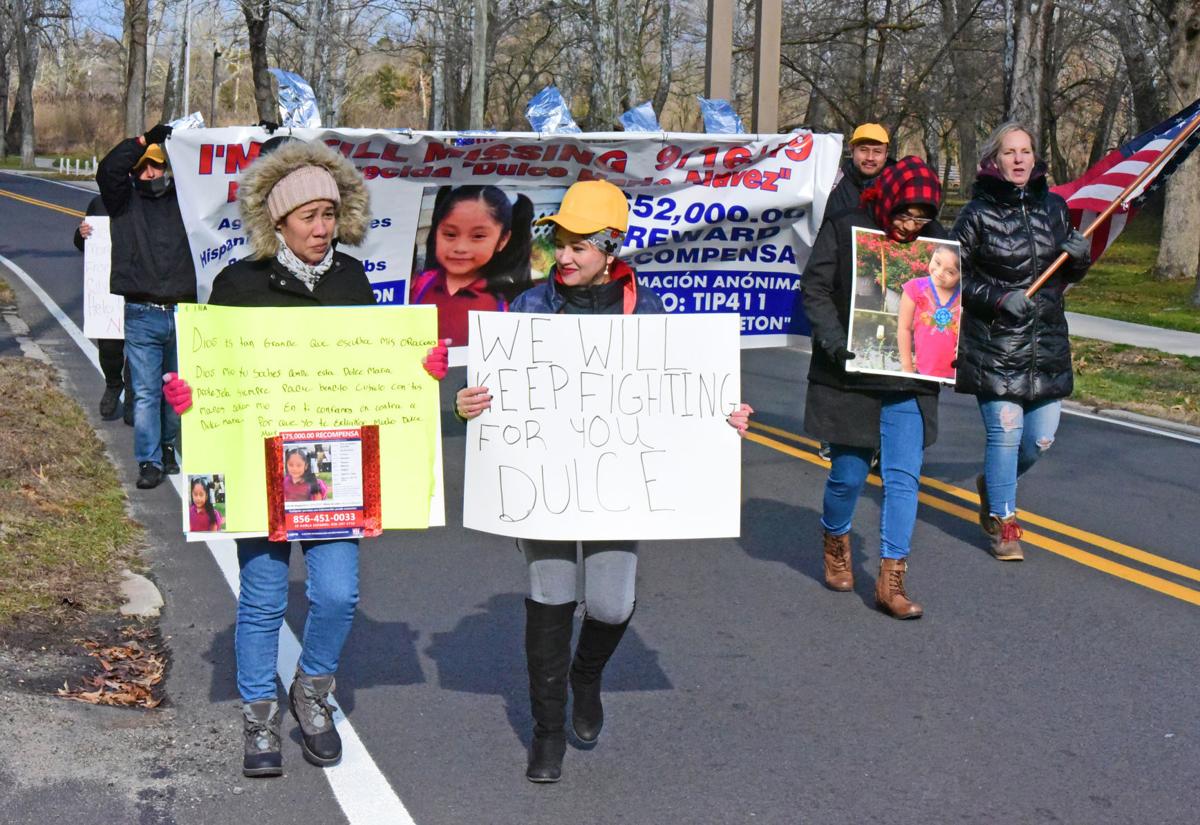 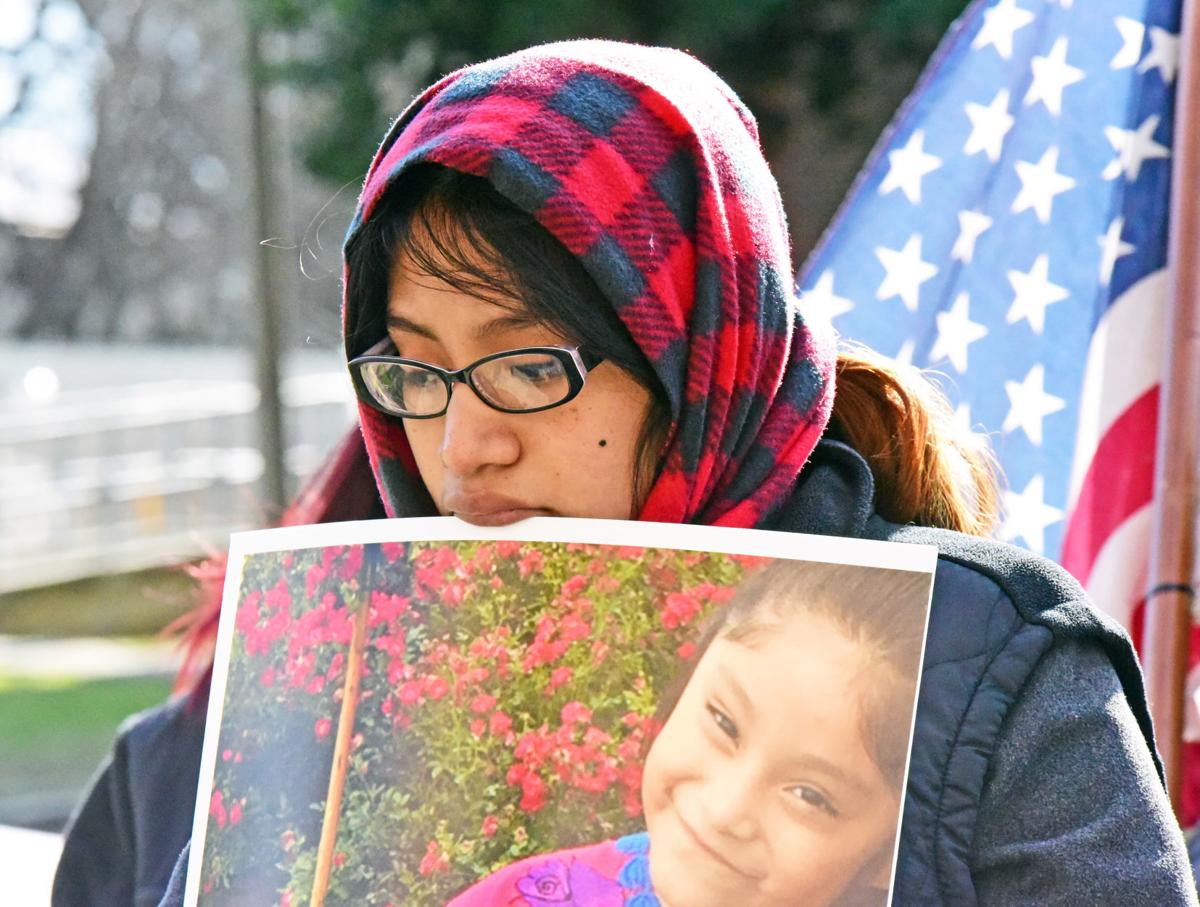 BRIDGETON — Frustrated by the dwindling number of volunteers and lack of city involvement in the search for missing 5-year-old Dulce Maria Alavez, a group marched to City Hall on Monday morning.

“All we want is some kind of interest, some kind of support,” said Jackie Rodriguez, who acts as the spokeswoman for the family. “The community has lost interest, has lost faith, hope — I just feel like it’s died down to a certain point that no one really cares to come out.”

There, Mayor Albert Kelly stood on the steps, ready to address their concerns.

“This is not something that we’re going to sweep under the rug,” Kelly said, outlining efforts officials have made, including paying out thousands of dollars in police overtime for searches. “This is an ongoing investigation, and hopefully we’ll find something, we’ll know something very soon.”

The group of a dozen marchers — over half of which were members of Dulce’s family — met at City Park, where the girl disappeared Sept. 16. The group was frustrated with the lack of city officials participating in the vigils and searches and no response to their demands for cameras in the park, they said. But, they remained hopeful the girl would be found.

Dulce’s family is “keeping hope that she’s still alive and she’s going to come back,” Rodriguez said, adding that they’re disheartened by how few people seem to be interested now, almost four months after she disappeared. “It’s four searches later, it’s two candlelight vigils later and a march later, and we see less and less people.”

Dulce was playing with her 3-year-old brother in the playground when she went missing, police said. Dulce’s mother, Noema Alavez Perez, 19, was sitting in her car with an 8-year-old relative at the time.

State Police issued an Amber Alert for Dulce a day after she went missing. Since the girl’s disappearance, officials have searched for her using dogs, helicopters and boats to no avail.

Alavez Perez said spending the holidays without Dulce was sad, adding that “it’s not the same no more without her.”

Among the group of marchers was James Suggs, who said he’s been keeping up with Dulce’s story in the news and wanted to participate in the march.

“I said if that were my child, I’d want people to come out and march, so here I am,” said Suggs, 70, of Rosenhayn, adding that more people should be out helping. “They should come out, I think. It’s a child, you know what I mean?”

The march was mainly silent, but punctuated with beeps from passing cars. At one point, city police ordered the group off the road and onto the sidewalk. While they were crossing through an intersection on Commerce Street, a man yelled a expletive from his car before telling the group to stay out of the road.

On the steps of City Hall, Rodriguez and other marchers asked Kelly about installing cameras in the park and why he isn’t responding to emails asking for updates in the investigation.

“I’ve been getting emails from all over the country, phone calls from the entire country,” Kelly said, saying that he forwards them all to law enforcement. “They’re the ones who are involved in the actual investigation. ... A mayor cannot get involved in an active investigation. I’m not a police officer.”

Kelly won’t turn away anyone who wants to donate money for cameras, he said, adding he’d be willing to put a banner on the front of City Hall with Dulce’s information, and he’ll speak to public works about adding the banner the marchers carried to the memorial in the park.

Rodriguez said she was “definitely” satisfied at the end of the conversation.

“That’s all we wanted to hear, was something,” she said.