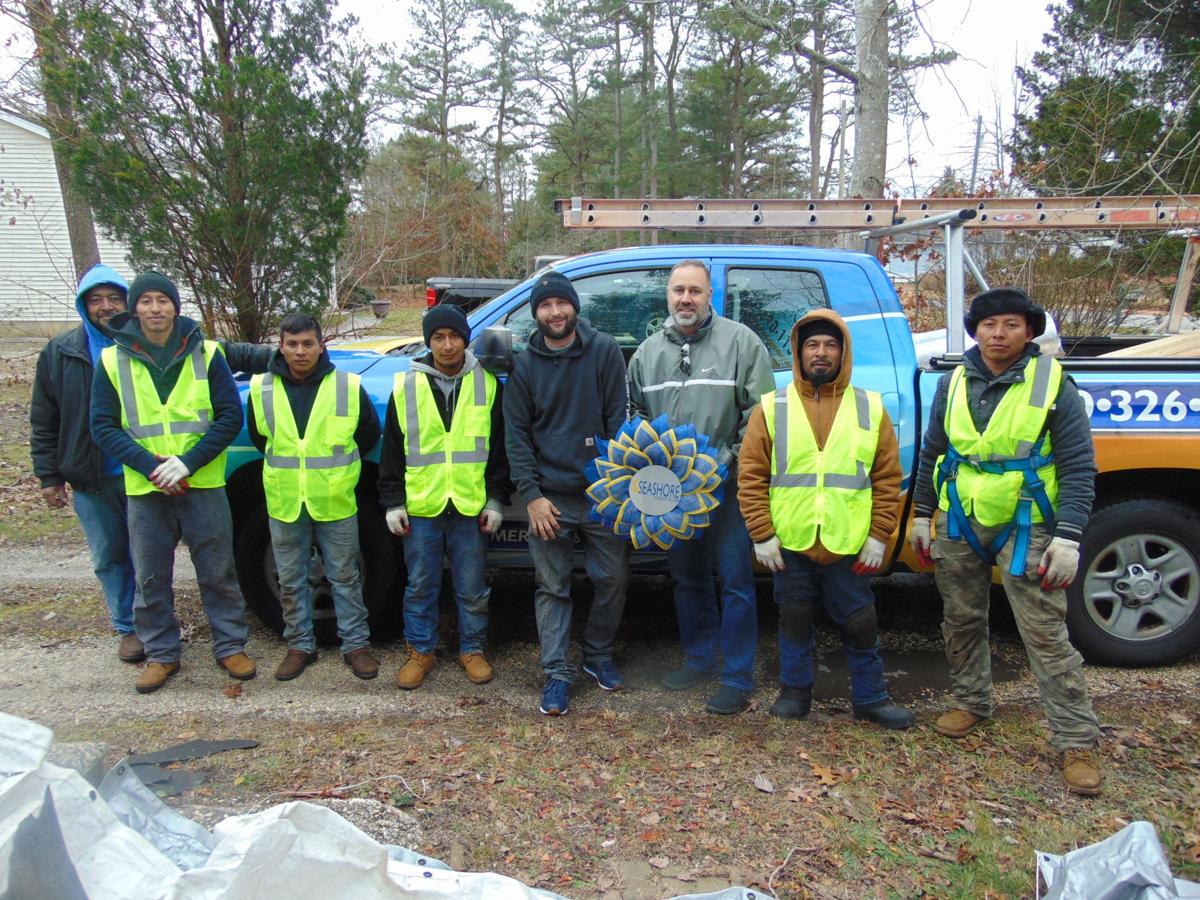 Members of the Seashore Construction Corp. crew take a break to pose for a photo 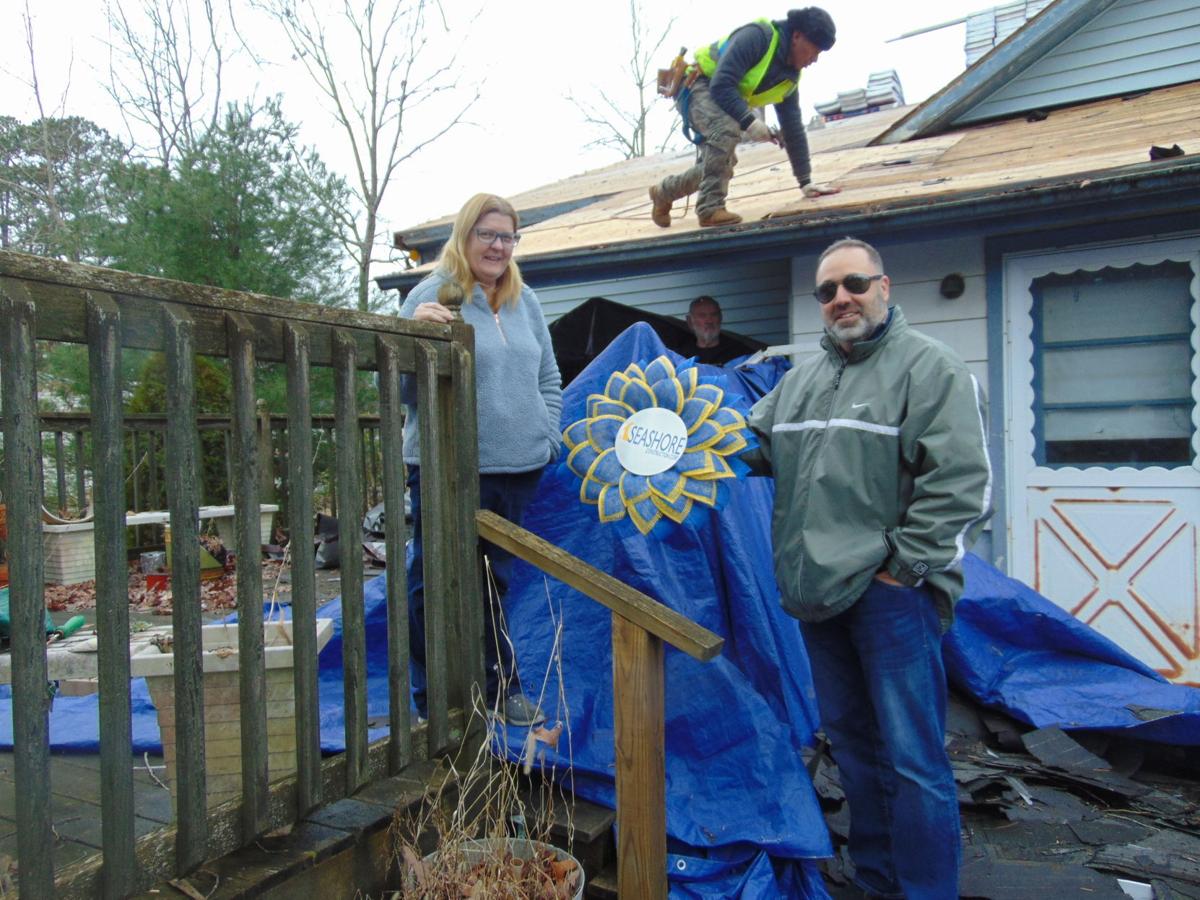 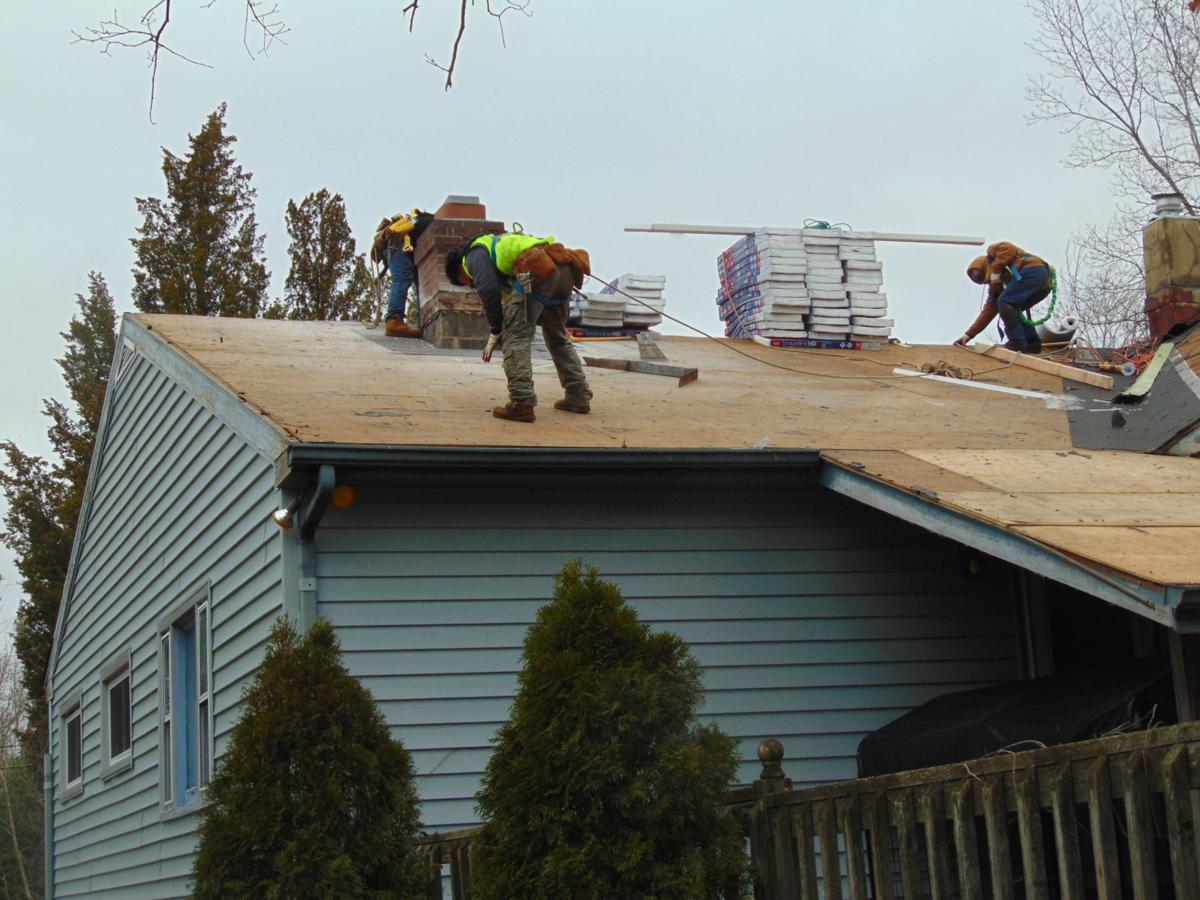 Workers from Seashore Construction on the roof of the O’Kane home.

GALLOWAY TOWNSHIP — John O’Kane recently reached out to various construction firms to hopefully find one willing to donate a new roof for his parents’ home in Galloway Township. His plea for help was answered by Scott Brock, the General Manager of Seashore Construction Corp., a business with offices in Egg Harbor Township and Marlton.

“Basically, the roof at my parents' house is shot and leaking badly and damaging other areas of the house,” O’Kane said. “Dad was a teacher and mom a stay-at-home mom and now that they are both having tons of health issues in the last few years there was no physical way they would have been able to afford to pay for a new roof.”

“I didn't know what to do to help but I saw a couple stories about roofing companies providing new roofs to families in distress, first responders, etc., so I wrote an e-mail and hoped for the best. Less than 24 hours after I sent the e-mail Scott from Seashore called me and said they wanted to help. I was floored. He came out to my parent's house after that and said they were going to replace the roof at my parent's house free of charge. My mom and I got choked up after hearing the good news.”

Scott’s seven-member crew arrived at the home of John and Debra O’Kane bright and early on the frigid morning of Thursday, December 17. “We will finish the entire roof today,” Brock said. “We will return next week to install new fascia, soffets and gutters.”

“He didn't ask for any publicity, but they sure deserve it on this one,” the younger O’Kane said. “He is basically saving my parent's house.”

“People occasionally write to us for help and we try to assist them when possible,” Brock said. “Thankfully, we were in a position to assist this family that was in dire need of a new roof.”

“The pandemic hurt us early on but after about three months our business actually surpassed previous years. That may be due to the wind storms this year that damaged many homes and because, for many people, their home is also their office.”

O’Kane explained why he reached out for help. “The roof is currently leaking in multiple spots and has basically rendered parts of the house unlivable,” he said. “The ceiling in their bathroom, for instance, is covered in mold and a good portion of it has collapsed. They currently have a dozen or more buckets in the bathroom to catch the rainwater as it comes in. This is no way for people to live, especially not a pair of people that have dedicated their lives to helping the community.”

“My father was an English and special education teacher at Atlantic City High School for more than 30 years. He also coached football and softball for decades and impacted countless lives in and out of the classroom. Retirement has not been kind as dad now battles skin and prostate cancer and early onset dementia as well as most recently having a heart valve replacement. Thankfully, he is as tough as they come and is still doing relatively well despite the setbacks.”

“My mother raised six children in this house. We even took in a mother, a friend of the family, and her three daughters after she unexpectedly lost her husband and gave them a place to live for a few years. While somehow raising the six of us mom found time to coach softball, soccer, basketball and more in Galloway Township while also running a girl scout troop for years and volunteering in the Parent-Teacher Association at multiple schools. Unfortunately, mom was diagnosed about a year ago with Parkinson’s Disease despite only being in her 50’s.”

“My parents spend so much time and energy taking care of everyone else that at times they forget to take care of themselves. Walking into their house recently my heart was broken to see the conditions that they are living in and, of course, they haven’t complained or asked anyone for help because that’s not in their nature.”

Mary O’Kane has taken up wreath-making to help with her Parkinson’s. She made a special one, with the Seashore logo, which she handed to Brock. “It’s so awesome what you are doing,” she said. “We are so appreciative. You’ll never know how much this means to us.”

Decades of caring for people throughout South Jersey, and the years that led him to the area, left retired physician Claude Delaverdac, DO, wi…

A toolkit for local environmental responsibility

21 Absegami High School students, all members of Future Business Leaders of America (FBLA), will be advancing to the NJ FBLA State Leadership …

Members of the Seashore Construction Corp. crew take a break to pose for a photo

Workers from Seashore Construction on the roof of the O’Kane home.