Meteorologist Joe Martucci earned the "Weather-Ready Nation Ambassador™" from the National Oceanic and Atmospheric Administration (NOAA) for his efforts to improve the region's readiness, responsiveness and resilience against extreme weather.

Ambassadors commit to serve as a change agent and leader in the community through messaging, and engaging with the community. For example, Martucci has shared videos on the differences between weather watches, warnings and advisories as well as safest places to shelter during a tornado.

What's the difference between an advisory, watch and warning?

Ambassadors also provide outreach content about creating a Weather Ready Nation as well as assist with StormReady® opportunities for communities (Cape May County and Harvey Cedars are a few local examples that are dubbed as StormReady) which arm those places with safety skills needed to save lives and property.

Throughout the year, Martucci will share specialized content from NOAA about how to be weather ready. Martucci also earns a seal from NOAA that will be displayed publicly.

Watch all episodes of 2022's 'THE SEASON with Joe Martucci' here

As beach season begins, a new crew of lifeguards get ready to protect and serve the coast. For many, it's their first jobs, starting as young as 16 years old.

To become a lifeguard requires intense physical training. For this episode of THE SEASON, Joe Martucci joins the Margate Beach Patrol, taking the rookie lifeguard test. Joe goes through the one mile rush, the surf dash and the row (the half mile swim was not included, since Joe was never a high school swimmer).

Chuck LaBarre, Captain of the beach patrol, explains the process and guides Joe through the exam.

THE SEASON with Joe Martucci is a summer video series taking in the people, places and things that make the Jersey Shore go 'round during the summer. Look for nine episodes from June, all the way to Locals' Summer September.

THE SEASON: The singing and danci "waitri" of Beach Haven

Monday is the best day of the week for many of the 200 plus strong that come out to the Margate Cornhole League throughout the summer. Four restaurants in town host the teams of two from the city and beyond.

Starting only in 2021, the league has doubled their signups in just a year, with spring and fall matches around, too. Joe Martucci was on the sand at Ventura's Greenhouse in town to get in-game sights and sounds from the players, including the "Surfin' Sisters, and try his hand at cornhole as well.

THE SEASON: A day in the life of a Delaware Bay commercial crabber

For most, the Jersey Shore usually means the Atlantic Ocean beaches. But there's another Jersey Shore on the Delaware Bay, too, full of towns and water lovers. That's where Joe Martucci is for this episode of THE SEASON, showcasing a day in the life of a commercial crabber on the bay.

The Morse family has had the bay in their blood for decades. Six months a year, the middle and youngest Martin Morses start their day at 4:30 a.m., ending 12 hours later. It's a hard day's work, they say, but the water is in their veins. They can't imagine being anywhere else.

The video starts by heading out to sea with the eldest Martin Morse. His career took him to the Bridgeton Public Works department but his soul is in the bay. He says his son and grandson work long and hard, but he's proud of their work.

With a pair of thick rubber gloves and bushels everywhere, Joe tries his hand at commercial crabbing just offshore Greenwich, in Cumberland County.

Six to twelve inches of salt water flooding will be on some of the roads Wednesday evening. Otherwise, expect a comfortable, bright day. Showers and storms will then increase in likelihood for Thursday and Friday.

Two rounds of storms will impact parts of the region Thursday, but it'll be a mostly dry day. Severe weather will be possible well inland. Coastal flooding will again happen during the p.m. with a comfortable, bright weekend ahead.

One cold front will flip us from the 90s, muggy air and round of storms we'll get Friday to 70s and a sunny sky for the weekend. One thing that won't change, though, will be the winds. We'll be breezy Friday and Saturday.

Weather: Shades of September this weekend with low dew points, sun, a breeze

On June 4, I had a column with the headline “This weekend should be the least humid of the summer”.

Wednesday will see the same low humidity and sunshine as Tuesday, just with warmer temperatures. The warmer temperatures will turn into hot weather going into the 4th of July weekend, with our first heat wave of year possible by Saturday. 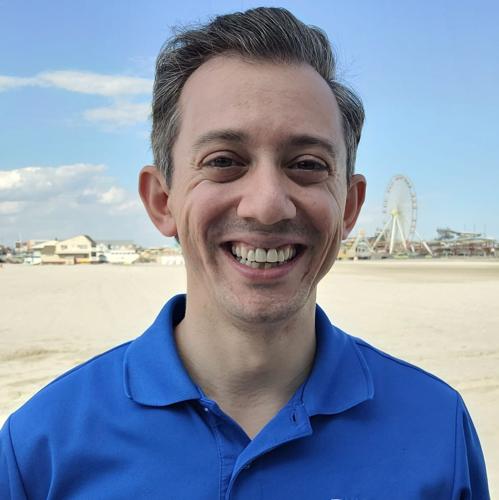 Meteorologist Joe Martucci has been with The Press of Atlantic City since September of 2017. He is the only meteorologist at a newspaper in the state is a part of the Lee Enterprises, parent company of The Press, weather network. 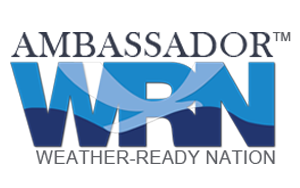