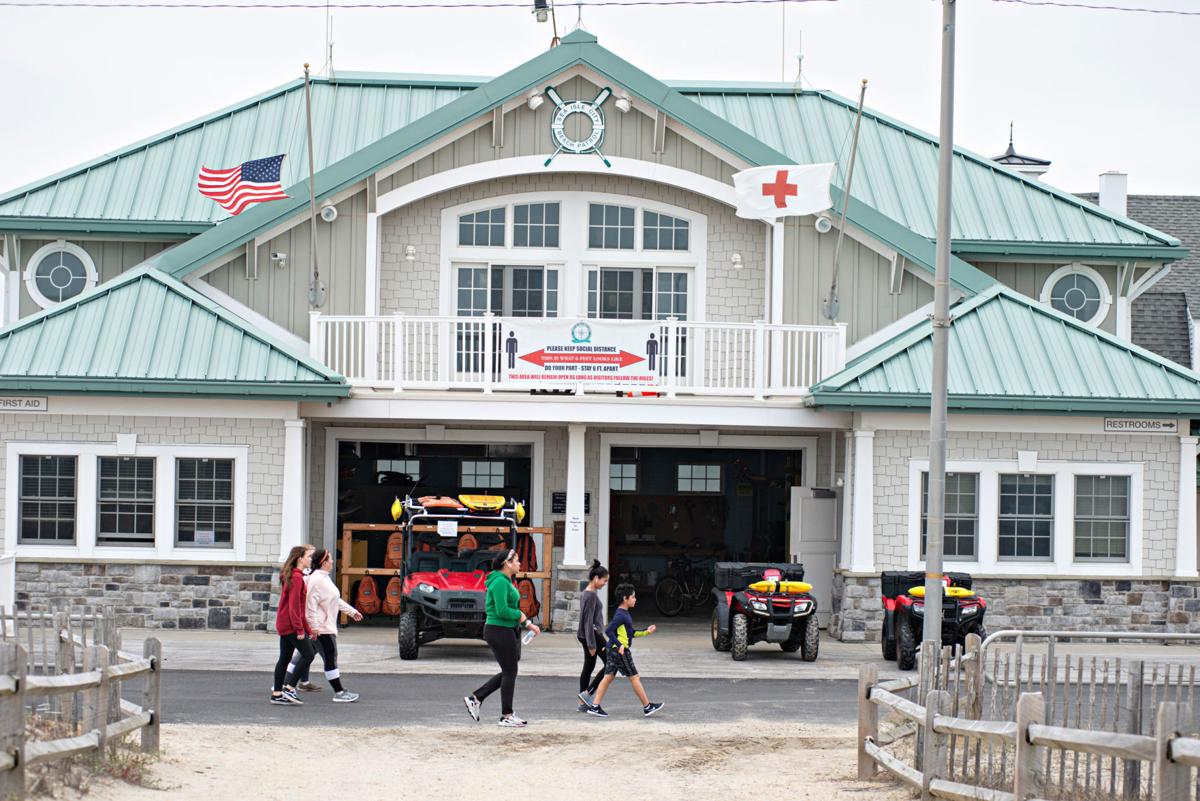 On May 24 in Sea Isle City, crowds flocked to the beach and Promenade despite the cloudy, cool weather.

Water conditions for the nearby Ingram Thorofare on Tuesday, when the viral video was taken in Sea Isle City. All variables were normal during this time, with a current of about 0.5 knots. However, localized areas can be faster, which would lead to the scene Tuesday.

Surface currents for Tuesday, June 30, the day of the viral video in Sea Isle of the beach collapsing. A fairly weak southwest current was seen along the Cape May County shoreline.

“From what I understand, it involved the rapid erosion of the beach below 94th street,” said Katherine Custer, spokeswoman for the city.

The video, which had more than 80,000 views Thursday afternoon, shows ocean water sloshing around to a cliff-like feature on the beach. Chunks of sand, cracked on the surface, continue to fall into the water by the sea.

“On the oceanfront, to see it like that, that was a total collapse of the beach. ... That’s something that you see more with the side of a mountain going down,” said Jim Eberwine, of Absecon, retired National Weather Service meteorologist, who focused extensively on the shore and coastal flooding.

Eberwine said neither wind nor wave erosion was the cause.

“What the current is doing is eroding the bottom of the beach. You’re looking at something that happened more often in a heavy rain,” Eberwine said.

No rain was reported at the Community Collaborative Rain, Hail and Snow (CoCoRaHS) gauge in Sea Isle City on Tuesday. While rain did fall in other parts of Cape May County, it was light, less than a tenth of an inch.

With more time at home, weather observers are growing in New Jersey

Ocean conditions were benign as well.

“If you see that, you wonder, ‘What storm came through?’ It’s a little bit strange, you didn’t have any high waves,” Eberwine said.

According to Stevens Institute of Technology, wave heights at nearby Ingram Thorofare, in Avalon, showed water levels between -1 foot and +3.75 feet, relative to mean sea level, within the ranges of normal tides. The surface current was from the southwest around 0.5 knots, also common. However, both Eberwine and Custer said the current is stronger around the inlet.

“That type of erosion can occur occasionally when the inlet beach builds up with sand. When sand builds up on the inlet, it’ll show up sometimes,” Custer said.

It’s also possible what the video shows was just a random occurrence.

“I’ve seen it before, but not too often, it’s just a weakness of the dune they have there,” Eberwine said.

A shower around through 7 a.m. Then, likely dry and sultry.

Most of the day should be dry, but impacts from Iasias may come at night.

Watching for Iasias. Rain, dangerous seas, coastal flooding and winds are all possible.

A mix of sun and clouds.

Morning sun mixing with a few p.m. An afternoon storm is around.

The stickiest week of the year arrives this week, heat wave possible

We’ve had a day here and there, we’ve even gone two or three days in a row. However, the stickiest run of days in a row will come to South Jer…

The differences between dry heat and humid heat

The differences between dry heat and humid heat


Atlantic City Beach Cam can be viewed live at NJBeachCams.com