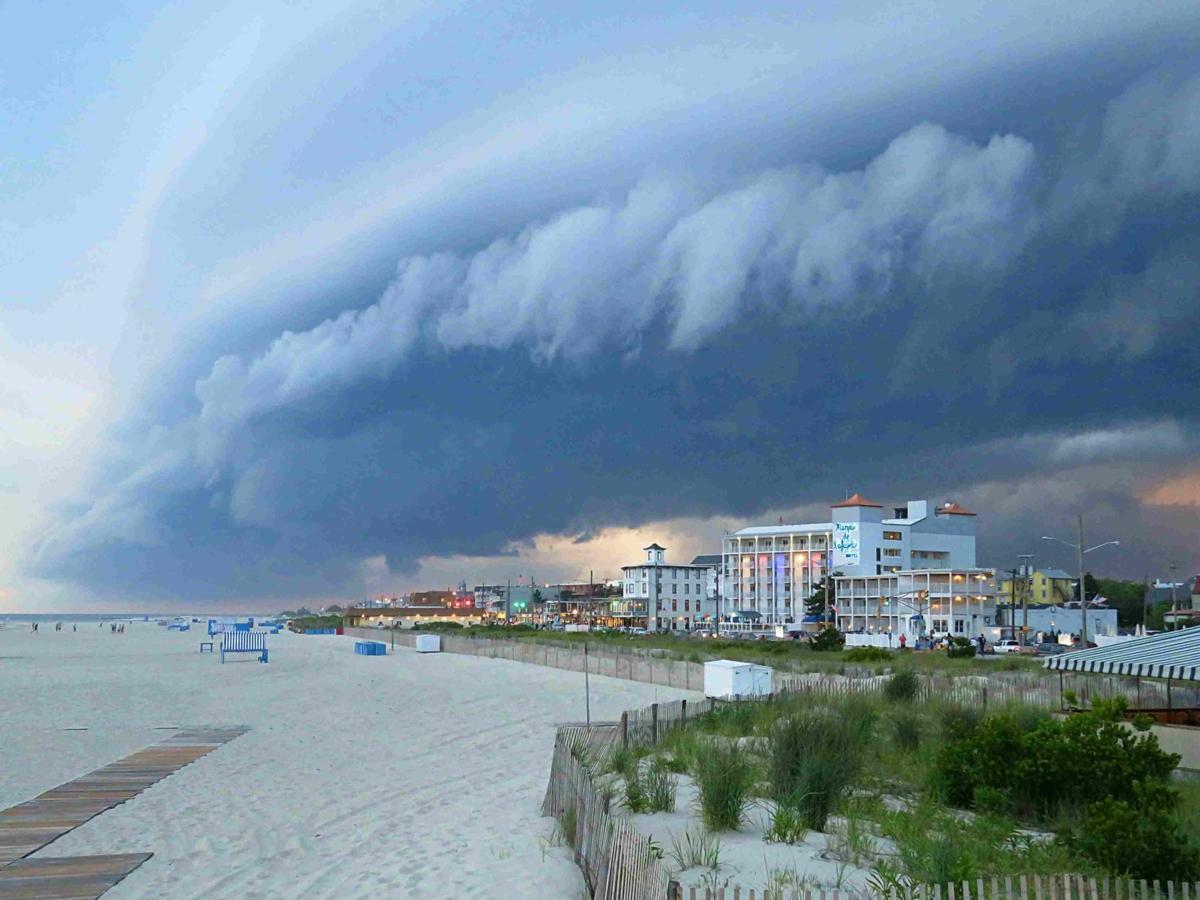 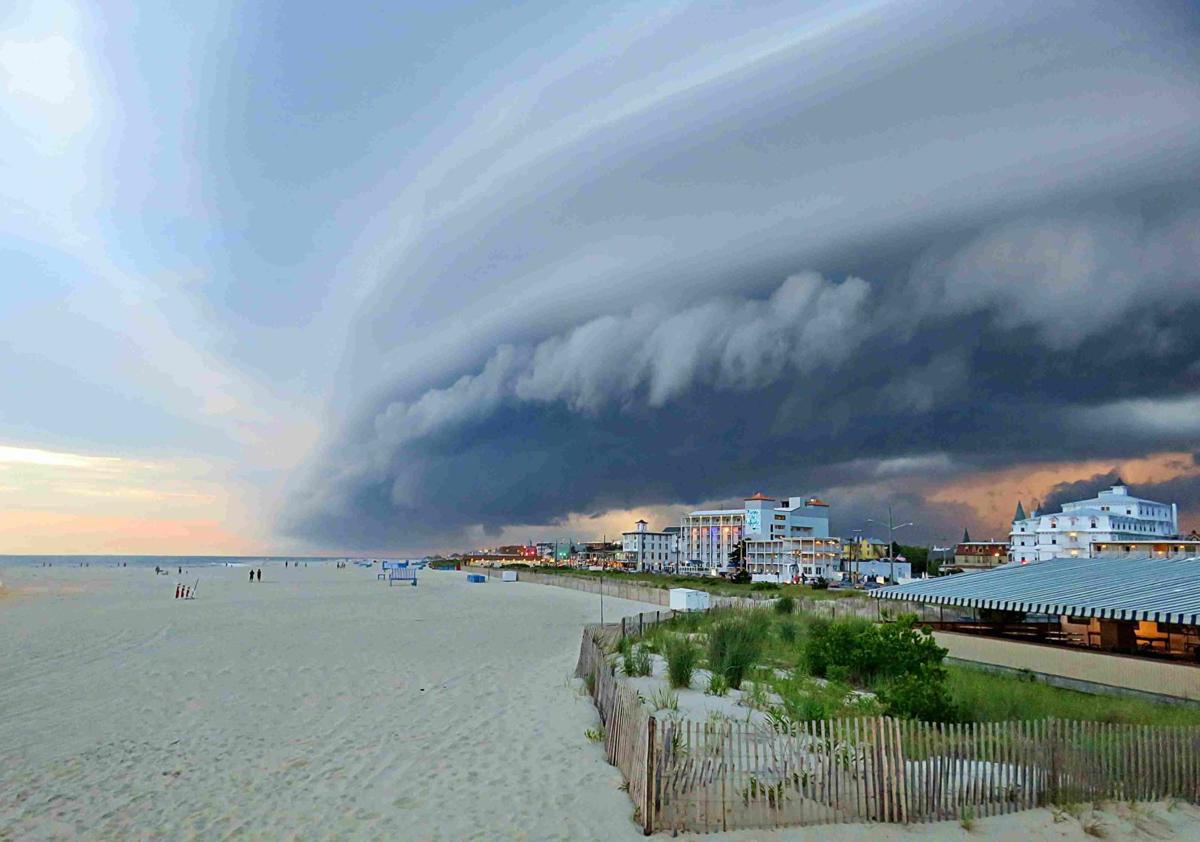 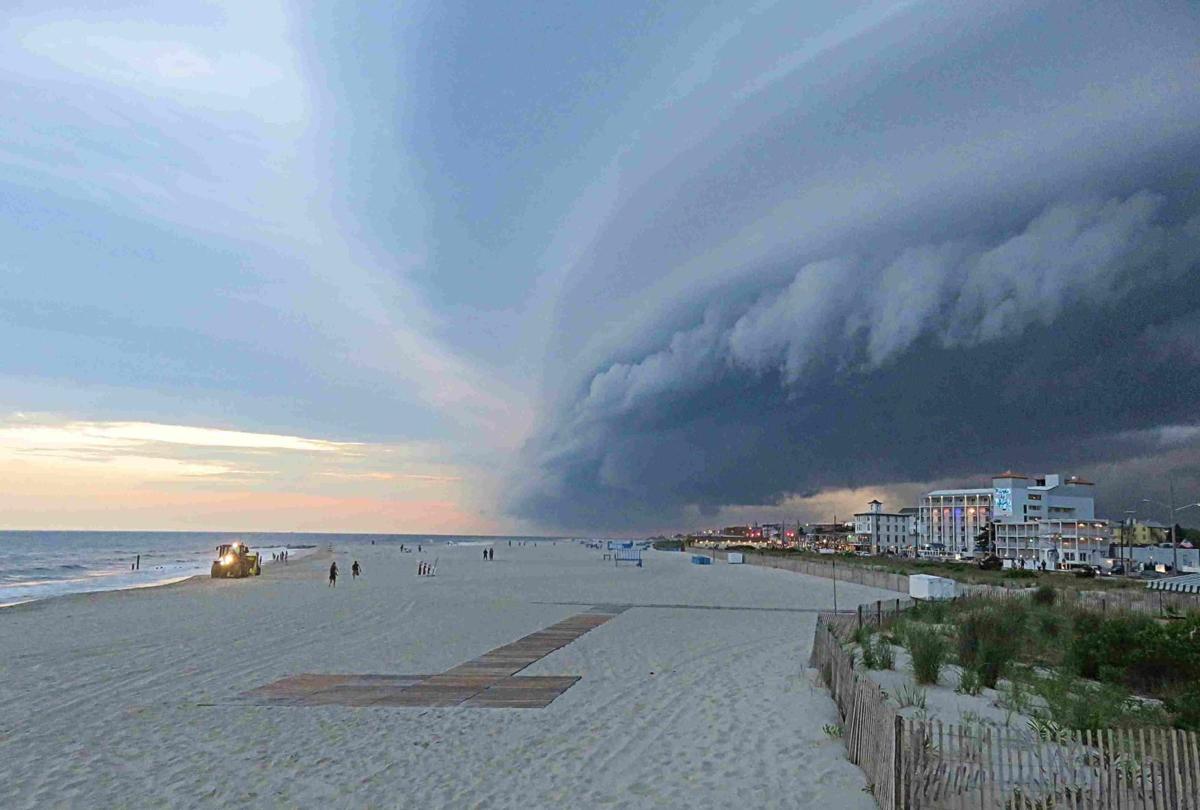 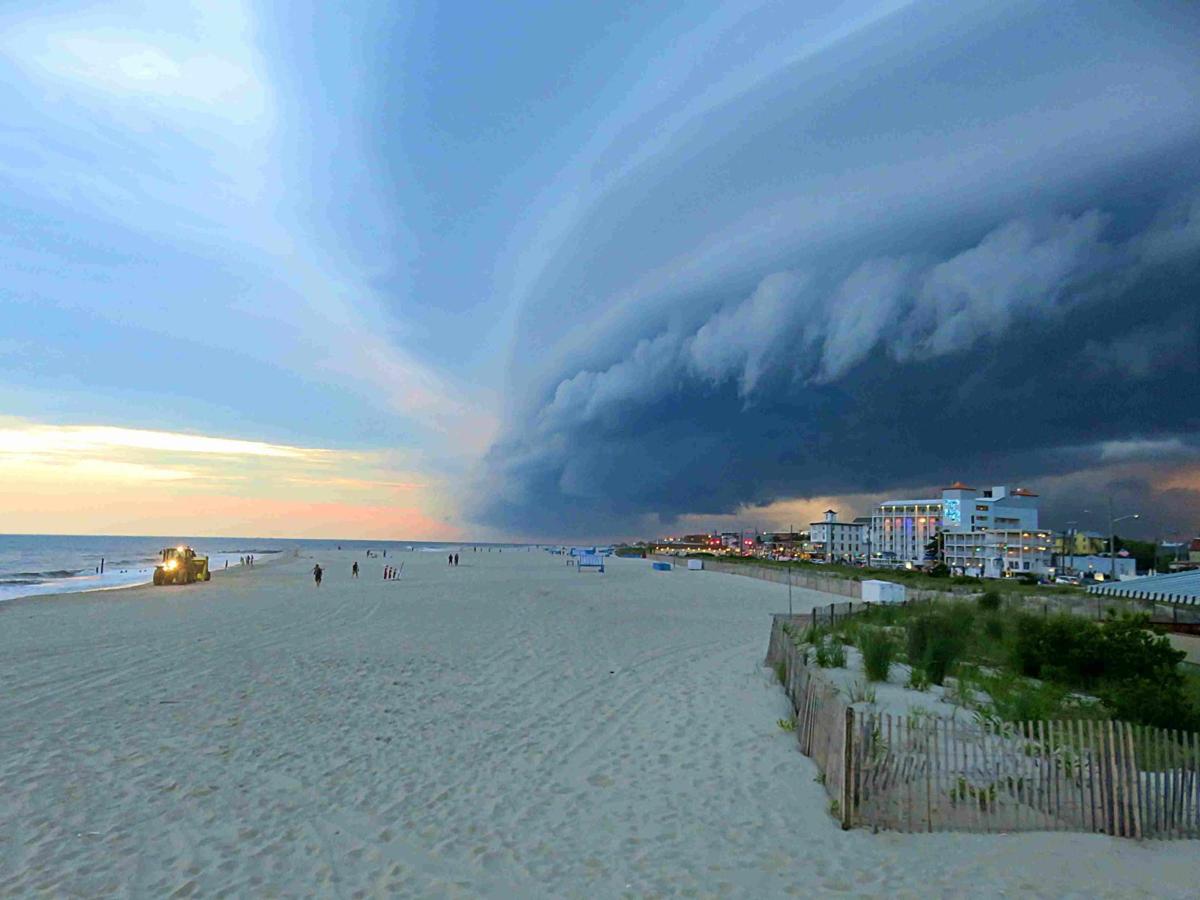 But as soon as it looks like a downpour is coming, it doesn’t.

“We live in a precarious position, surrounded by water on all three sides,” said Marty Pagliughi, Cape May County emergency management coordinator and mayor of Avalon.

Cape May County, the only county in New Jersey on a peninsula, does see significantly different weather than other portions of the state.

Thunderstorms fizzle away, the sun is out more and more would-be snow turns to rain. While places like Hammonton and Upper Deerfield Township can get caked with 6 inches of snow in a nor’easter, the Wildwoods and Sea Isle City will be all or mostly rain.

The different weather than the rest of the state has led some Cape residents to believe the storms will bypass them.

“The old-time county people kind of know about the phenomenon. I’ve heard of the ‘Cape May Umbrella’ before. It’s not just hurricanes, it’s low-pressure systems,” Pagliughi said.

The northeast winds, which give the nor’easter its name, are an icy, cold breeze the closer to the Interstate 95 corridor you are, because the chillier land is to the northeast.

Along the shore, and especially in Cape May County, that northeast wind is an onshore flow. With water temperatures above freezing, that air will come onto land above freezing, turning snow into rain. 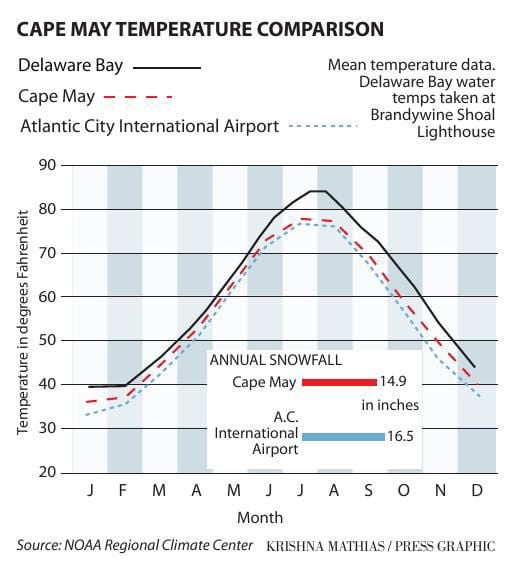 The three bodies of water that surround Cape May County are the key to this phenomenon.

“You get the double sea-breeze. You get cooler water off the bay and ocean and the clouds will clear out of Cape May County and southern Cumberland,” said Jim Eberwine, retired National Weather Service forecaster for Mount Holly. 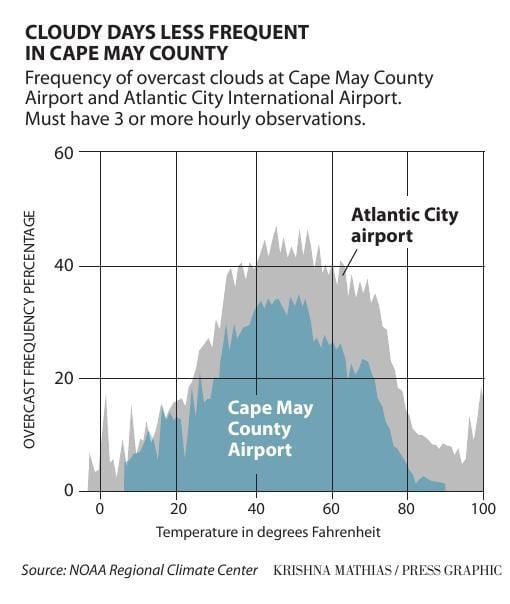 According to Frederic Fabry, director of the radar observatory at McGill University in Canada, South Jersey experiences six hours’ worth of thunderstorms per year, with one exception: The Cape May-to-Vineland corridor sees four.

Between October and March, Cape May averages temperatures more than a degree above Atlantic City International Airport in Egg Harbor Township, which has no body of water to moderate the icy, Canadian air.

Records show Cape May averages warmer weather through May, as temperatures closely follow the temperature curve of the Delaware Bay, which heats up more slowly than the drier land.

Temperatures then even out into June and July. In fact, Cape May has cooler high temperatures from roughly Memorial Day weekend until early August.

“It’s cooler in the summer when you have blasts of hot air coming in,” New Jersey State Climatologist David Robinson said.

This parlays into the biggest truth about this weather anomaly — thunderstorm activity.

“It’s always that exciting hour, hour-and-a-half wait. We’d always be checking the radar on our phones, refreshing the feed to see if thunderstorms over the Delaware Bay were going to hit us. ... You think it’s going to start pouring, and you’re like, ‘Oh crap,’ but then it goes away,” said Whitney Garrison, 33, of Cape May.

Fabry said Cape May and eastern Cumberland counties are heavily influenced by the Delaware Bay. If storms pass west to east, as they typically do, the cooler bay during these months helps stabilize the storms, weakening them to below the thunderstorm threshold used in the Fabry’s study.

“In the late afternoon or evening, the lower part of the storm has been destroyed by the cooler Delaware Bay, and you only get the mid- and upper-level part of it, which is the ‘steady’ storm,” Eberwine said.

This means a better chance at a dry day at the shore.

Averages are from the National Oceanic and Atmospheric Administration for 1981-2010. Belleplain's records only go back to 2007.

Mother Nature must not have liked her Mother’s Day gifts from her children in South Jersey, because a raw, wet and windy pair of days will tur…

Monday’s weather will be a repeat of Mother’s Day

Regardless of what your feelings were on the weather Mother’s Day, we’ll be doing it pretty much all over again Monday.

Why South Jersey has been so crummy, and when it'll warm up

The sun will come out Wednesday, and last rest of week

You can bet your bottom dollar that Wednesday, not Thursday, the sun will come out in South Jersey, as high pressure flexes its muscles.

WILDWOOD — The city will commemorate its new POW Chair of Honor at 3 p.m. Thursday at City Hall.

As we flip to the second half of the week, so will most of our weather. Seasonable temperatures and sunshine will be the deal, and while a few…

This weekend will bounce between typical mid-May temperatures and a preview of the summer to come. Either way, it will be a pleasant weekend f…

N.J.'s main weather radar is down, but eyes still on the South Jersey sky

A pair of comfortable spring days, before summer builds back in

LOWER TOWNSHIP — Each night around midnight, Wayne Roop goes out to the weather station in his side yard.

DENNIS TOWNSHIP — A Gloucester County firefighter died after the motorcycle he was riding left the road and struck a guardrail early Sunday morning.

While Memorial Day weekend is the unofficial start of summer, it’s still technically spring in South Jersey. That means anything from swimsuit…

SEA ISLE CITY — Authorities say a vehicle fire spread to a home on Central Avenue, destroying the residence shortly after several people had a…

Only one round of rain likely for summery week ahead

For a nice change of pace, we will only be looking at one shot of rain as we close the book on June.

Hazy, hot and humid. Those three words will continue to carry us from Tuesday into most of the Fourth of July weekend. Speaking of the holiday…

Some showers Tuesday, temperatures soar to near 90 afterwards

Tuesday doesn’t look to be a washout, but a few showers will be around as a disturbance passes through. Wednesday and Thursday will then be a …

One last hurdle of storms Saturday before long dry stretch ahead

A brief line of thunderstorms Saturday will be the only road block between the very warm, stormy patterns we’ve had and a long stretch of comf…

The weather Planet Earth will bring us this weekend is impeccable timing, since it is both the summer solstice and Father’s Day. Temperatures …

Buy tickets for 'Weather in the Pinelands,' hosted by Joe Martucci, on May 8

Tune in to Facebook at 10 a.m. May 8 to learn about “Weather In the Pinelands” with Meteorologist Joe Martucci in an exclusive Press of Atlant…

Weather: It's the same story again, with more sun, storms and steamy air

We'll copy a page out of Monday's weather playbook and paste it right into Tuesday, plus Wednesday, Thursday and Friday (possibly the weekend, too). Expect a dry morning, afternoon storms and a whole bunch of muggy air our way.

OCEAN CITY — The grounds of the Bayside Center at 520 Bay Ave. are open this summer for camps and waterfront views, but the building itself re… 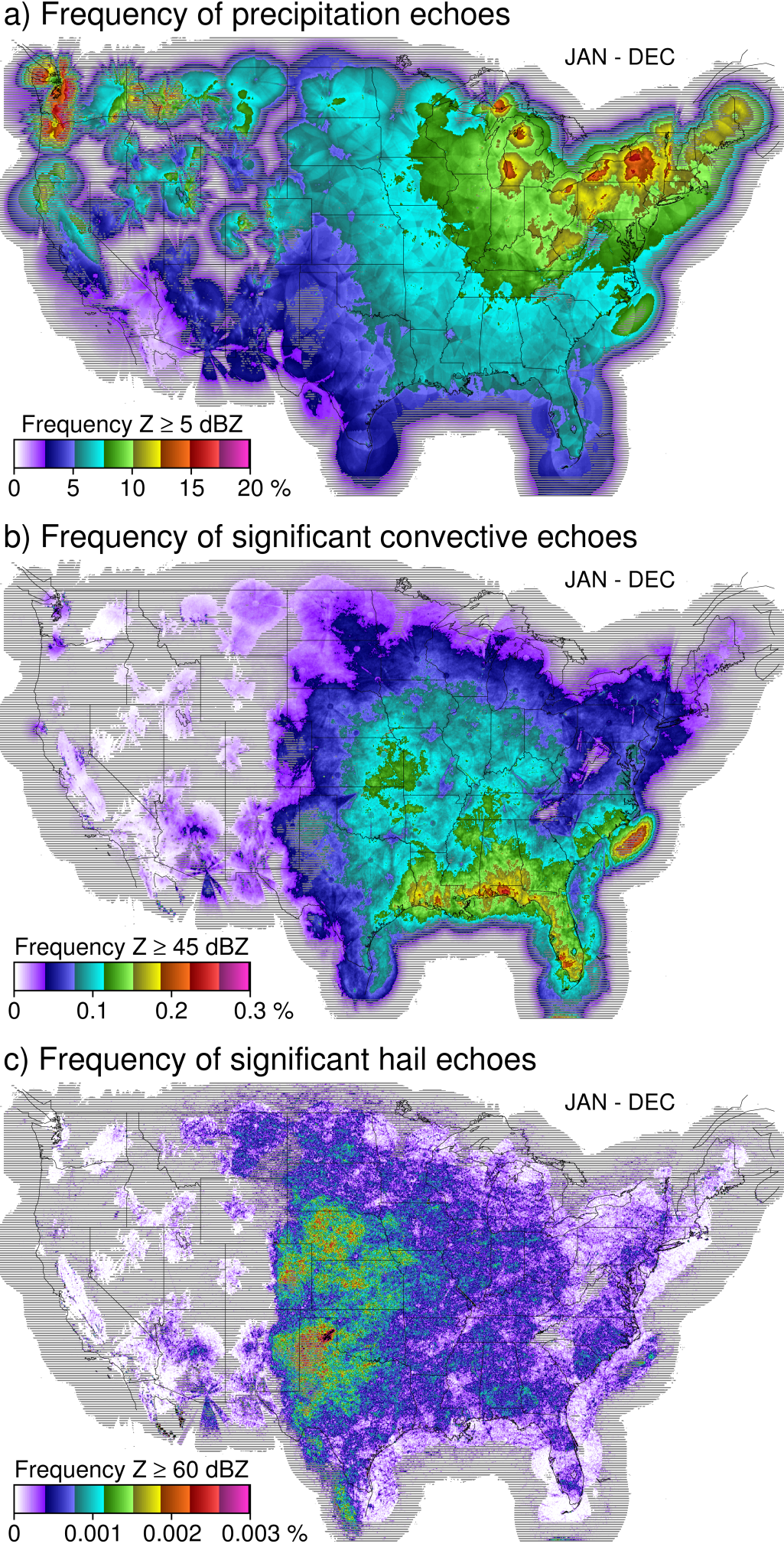 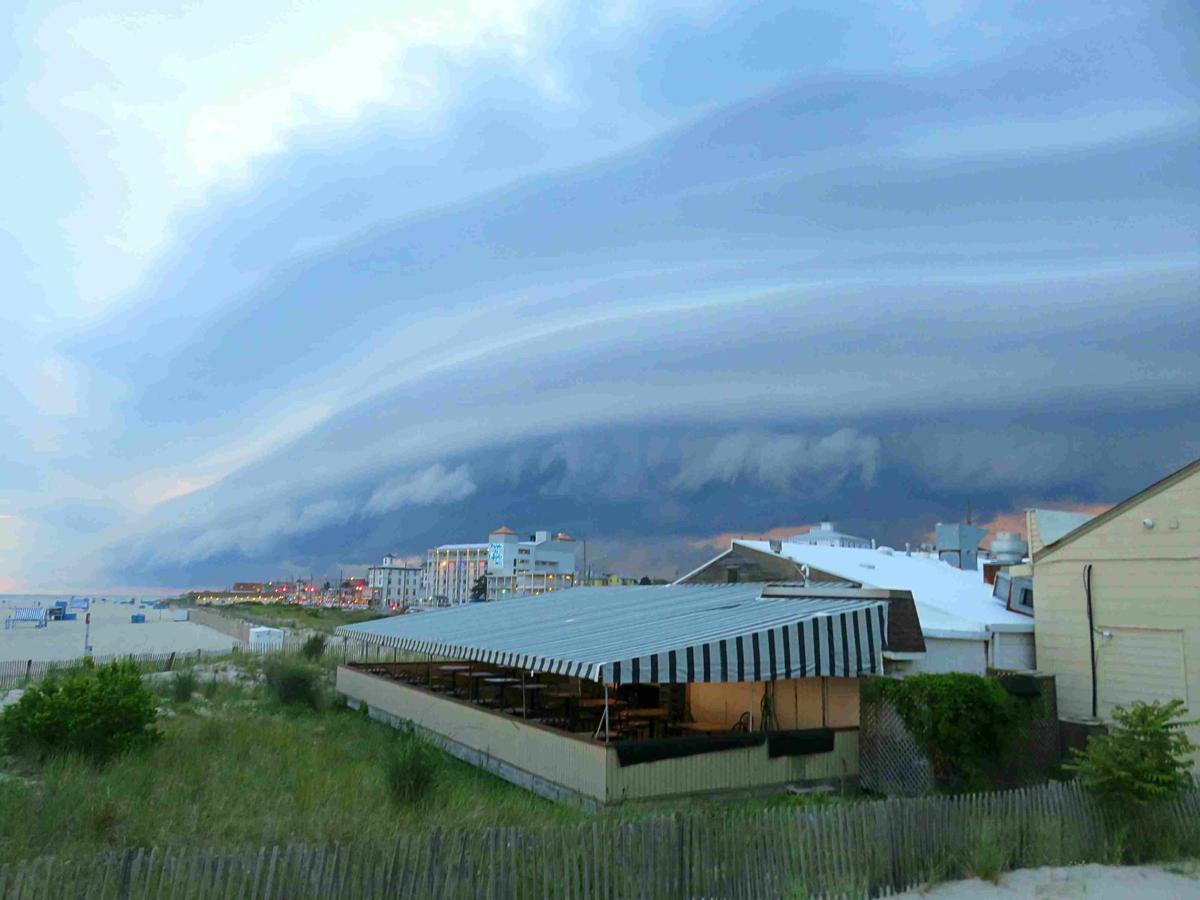 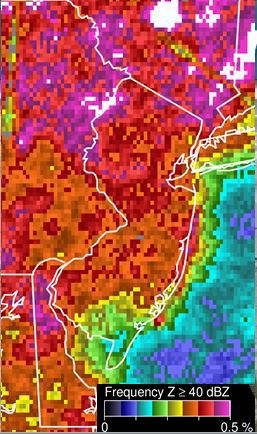 Radar reflectivity above 40 dBZ (thunderstorm intensity) between May and August from 12 p.m. to 6 p.m. The Cape May Bubble is clearly in play here, though Cape May County does see thunderstorms later than the rest of the region.