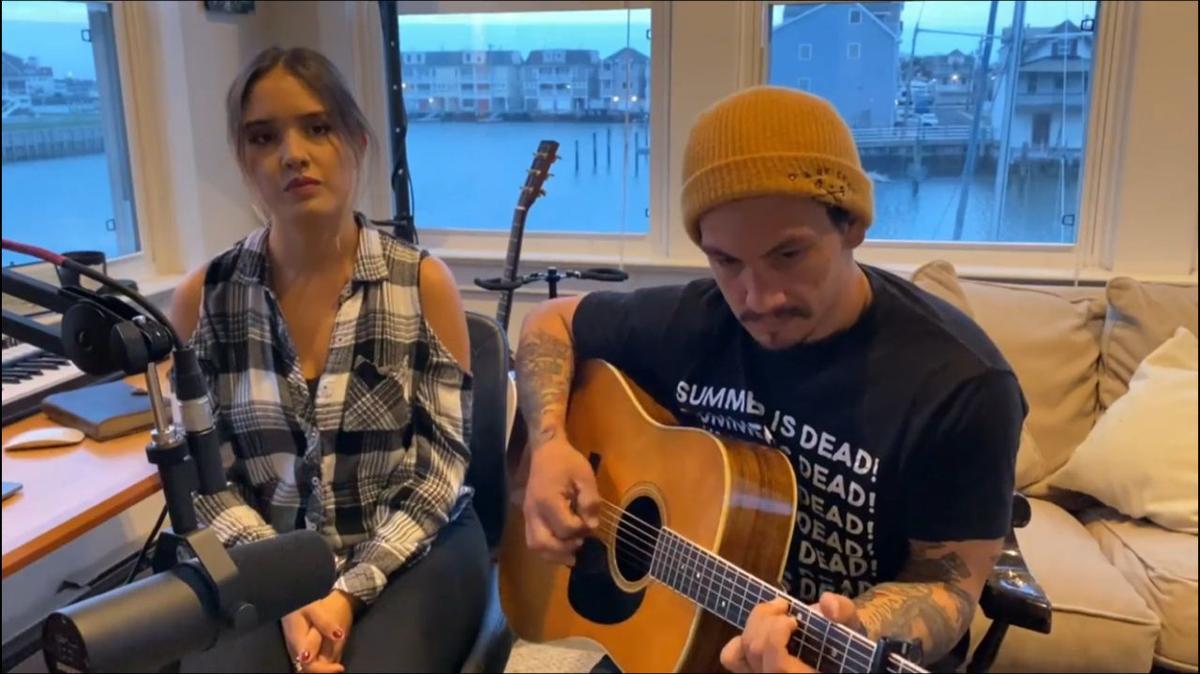 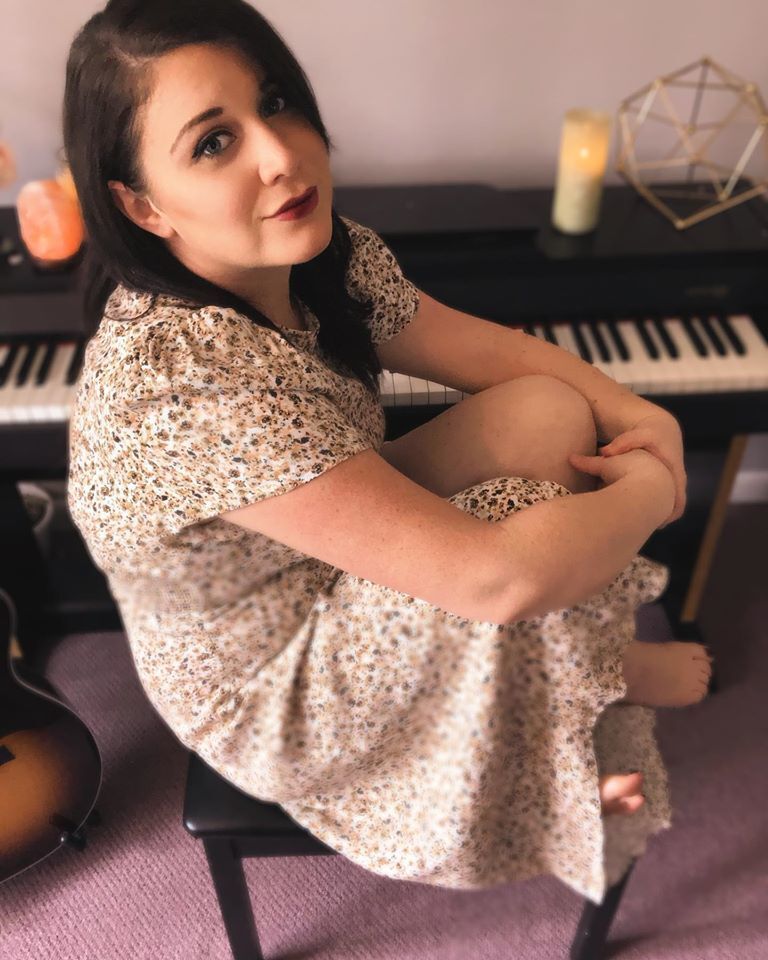 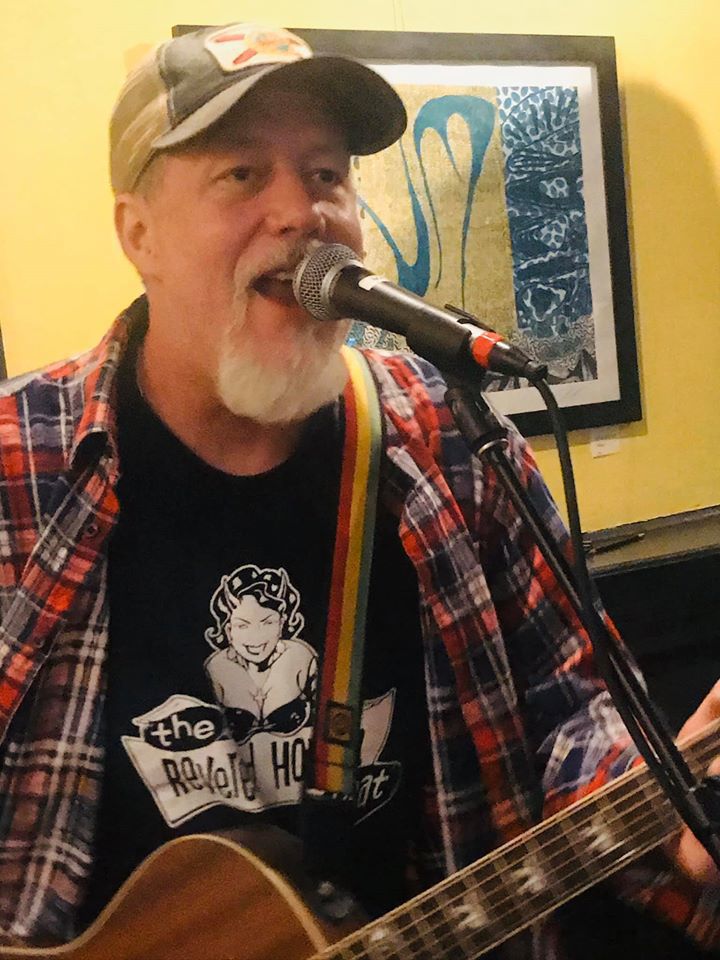 Charlie Wigo of The Dead Reckoning 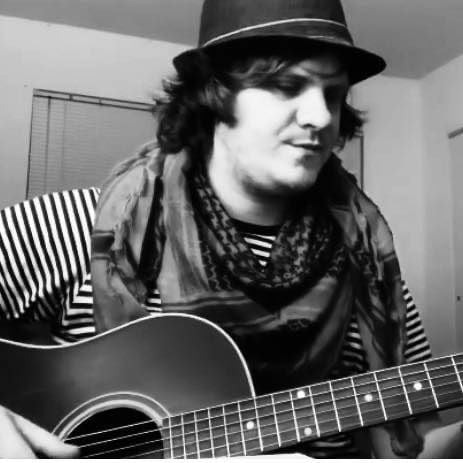 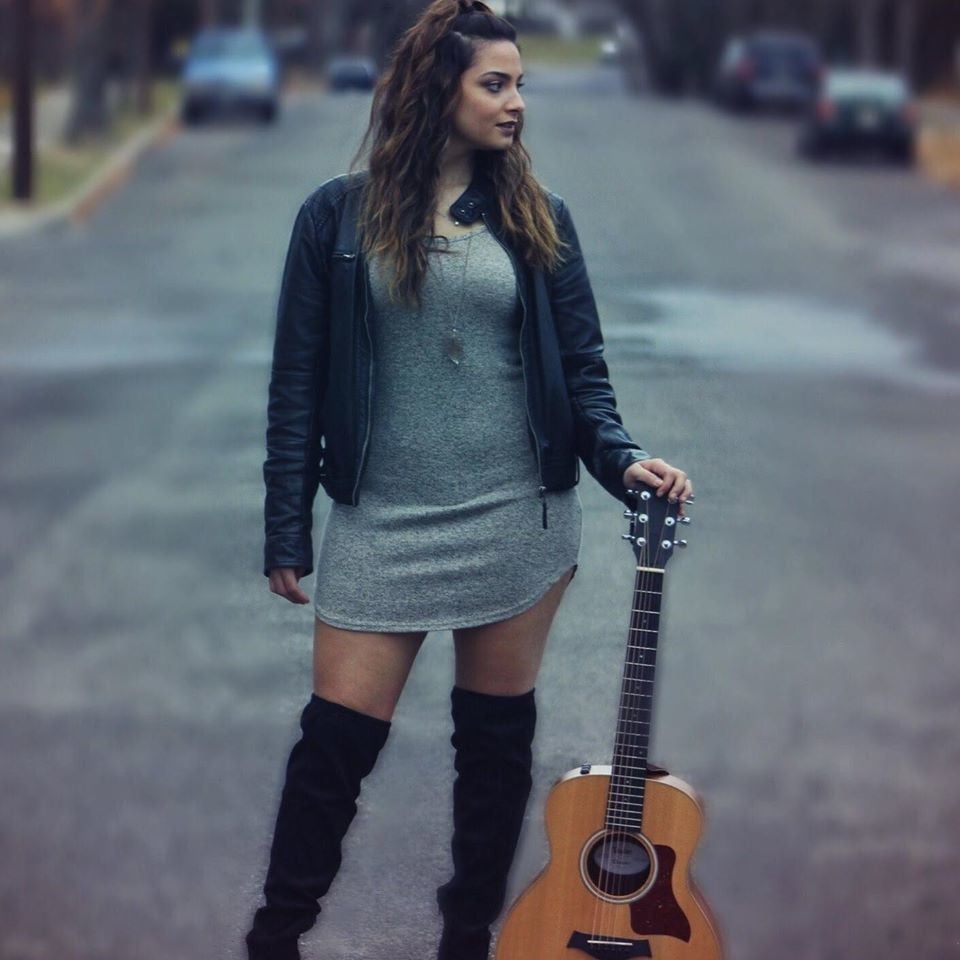 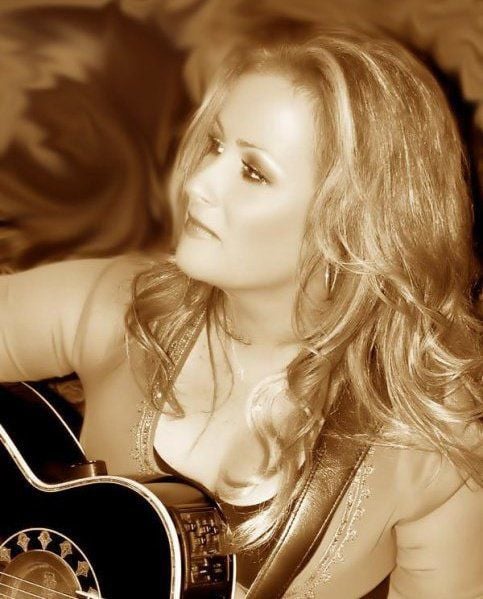 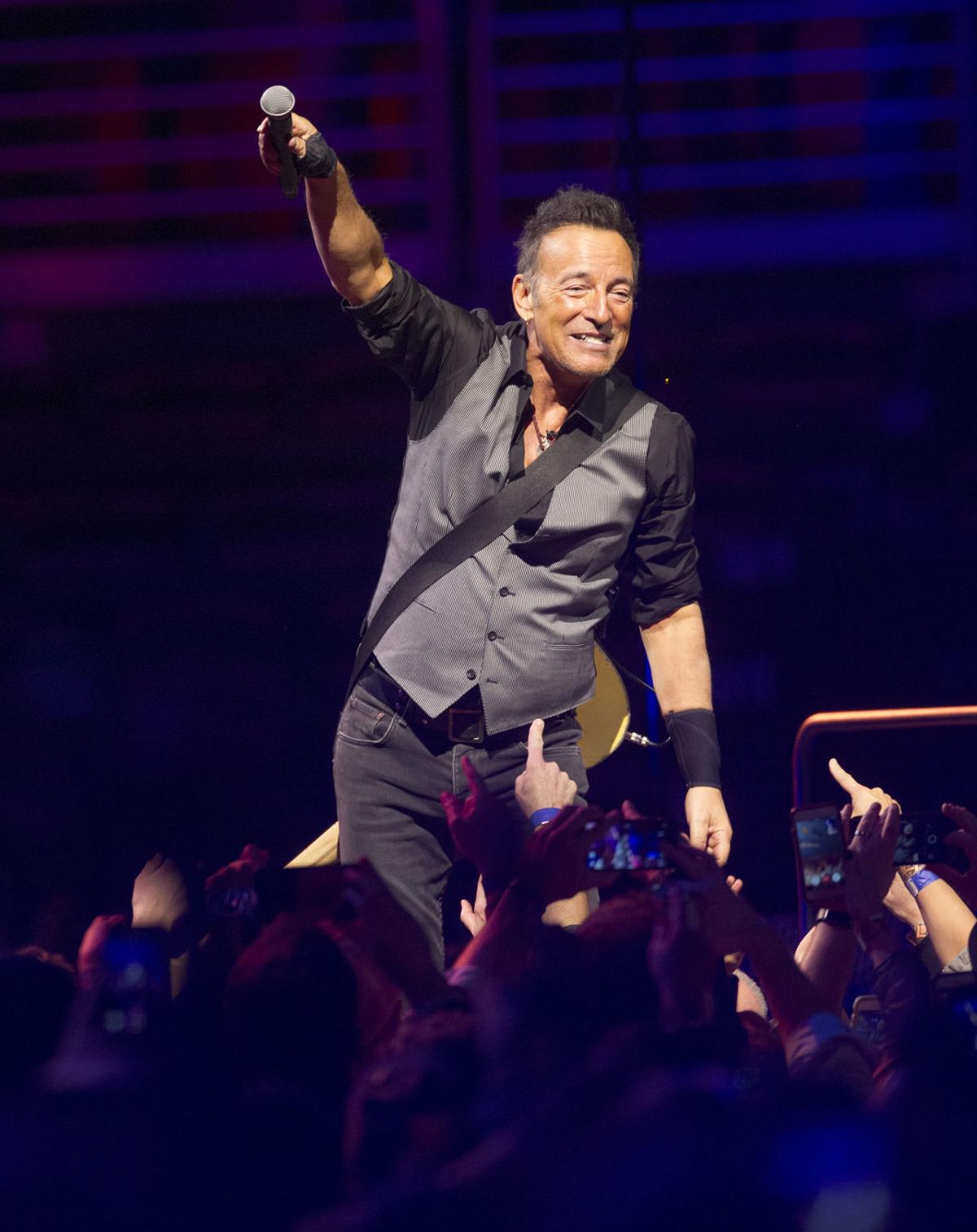 Charlie Wigo of The Dead Reckoning

When the coronavirus began to spread across the country last month, one of the first industries hit hardest was live music. As restrictions tightened on what types of businesses were allowed to stay open, live music was canceled, with many left wondering what its fate would be. In a town as entertainment-based as Atlantic City, it’s all but unthinkable to imagine a version of the city without packed bars, theaters, concert venues and nightclubs all featuring top-notch singers, songwriters and cover bands.

A month into the shutdown, and we are still left wondering what the future will look like. But for many of our local musicians, simply not performing is not an option. Though they remain cooped up at home, we have seen a rise in social media-based performances from a variety of acts, proving that not even a pandemic can stunt the output of these artists. And for the millions of South Jersey residents going stir crazy with cabin fever, being able to enjoy a bit of live music from their favorite local acts has served as a bright spot in an otherwise not-so-bright moment in history.

Beth Tinnon, Nancy Malcun, Vince March, Ken Shiles, Robin Gazzara, Shaun Laboy, Patty Blee and The Dead Reckoning’s Charlie Wigo are all local musicians whose names you have seen on marquees and whose faces you have seen belting out song after song on stages throughout South Jersey. They are also part of the massive tribe of working musicians who are now forced to face a mountain of uncertainty about the future of their livelihood.

We spoke with each of them to find out what they have been doing to cope with our new reality and what the future of live entertainment may mean for musicians as a whole … and for all of us.

Atlantic City Weekly: What have you been doing to keep your business as a musician going during the current crisis?

Ken Shiles: The business side of things has completely shut down. We have still been actively creating music, but financially it’s hit a standstill. Performing is 95 percent of our income, so we’ve been hit hard.

Nancy Malcun: I have been livestreaming a lot on various platforms of social media. A lot of people have been putting together online music festivals. I’ve been a part of a couple so far. I think it has been great seeing so much talent I wouldn’t get to normally see because I’m usually playing a gig.

Big shows are headed our way. Check out our casino concert listings!

Beth Tinnon: When the weather has been nice enough, I have been entertaining my neighbors outside from my driveway and encouraging them to put their lounge chairs in their own driveways at safe social distances to enjoy the show. The neighbors have been very appreciative, as it gives them time to get out of the house. And the kids have been enjoying my selections, too, especially when we do silly skits and dress up in costumes to make it fun and lighthearted. I’ve (also) been reaching out to my fans by doing live shows from my garage through my Facebook live account.

ACW: Has the quarantine affected you from a creative standpoint?

Vince March: Isolation, for me, boosts my creative process. I like being alone. When I’m alone I have no distractions, I can say what I have to say or what I need to say. I wrote most of my music while locking myself away.

Robin Gazzara: I’ve definitely been more creative since I have more downtime to meditate, connect with nature and unwind. Like many people, I’m constantly going and am focused on my day-to-day. Now that I have this break, I am more in tune with myself, which helps me navigate my creativity when it comes to songwriting.

Patty Blee: I think we are all just trying to figure out what the next steps are to navigate these strange waters. This is a time unlike any other in our history … music and being creative is healing, however it’s hard to access that right now due to the overwhelming numbness of it all. I see many other musicians doing the opposite, and I applaud them because I know how difficult it is.

ACW: Are you able to collaborate or perform in any way with any of the other musicians you normally work with?

Ken Shiles: We have all been individually social distancing, but CiBon and I meet once a week and do a live show. Other than her, our violinist Valerie is stuck in Philly, and we don’t feel like that would be socially responsible of us (to perform in the same room with her).

Nancy Malcun: Well, since the pandemic, it has been difficult to collaborate with others. However, I am loving the online music festivals people are putting on. And I love seeing all the live streams musicians are doing now. It really helps inspire creativity as a musician to see others doing the same thing.

ACW: What do you expect the situation to be like when this is all over? Do you think people will be quick to return to bars and other large gatherings where live music is prevalent?

Shaun Laboy: I think business may take time to open. As much I miss doing gigs at bars and everything, we all gotta be patient and let them get back on track.

Beth Tinnon: I think it will depend on the individual. If you have underlying health issues, you will probably be more cautious about going out into crowds. However, I’m hoping medical advances will make this virus more treatable and less deadly for those individuals. I’m praying vaccinations will be available soon and restore the general public’s confidence in socializing. Live entertainment plays a major role in our economy and has a positive effect on our mental health. People need social outlets to gather to celebrate or, in some sad cases, mourn. It’s part of our healing process as humans.

Charlie Wigo: I think it’ll take a little while for things to get back to normal, but after being cooped up for so long, I believe people will be itching to get out to see live music. The human spirit is the most resilient thing — we seek fellowship and community. Build it and they will come.

ACW: Have you had any success with virtual tip jars and Venmo and PayPal and things of that nature? A lot of musicians have been using that kind of strategy to try and maintain some form of income during the crisis.

Patty Blee: I did my first livestream on Facebook last Monday with my sister Nancy Hayes. People were very generous on Venmo and PayPal, and I was able to pay some bills … so grateful. However, I don’t believe in asking people who are already on hard times themselves to support things the government has shut down to save lives. I’m looking into different alternatives as we speak.

Charlie Wigo: I am a medical marijuana recipient, so the first few streams I just talked and smoked bong hits. This I now do five nights a week at 10 p.m. and I call it “BONGS AND SONGS: A Virtual Smokeout.” I do bongs, tell stories, talk current events and play songs in a stripped-down, purely acoustic format. I have had moderate success with virtual tip jars, but I didn’t get into the music scene for the money. I am on a spiritual journey to spread love and the music of Jerry Garcia.

ACW: Do you have any online performances planned for the coming weeks?

Robin Gazzara: For the past three weeks, I’ve been performing a livestream every Wednesday on my Facebook called “Wine Down Wednesday” starting at 7 p.m. I play requests, originals and covers while enjoying a local wine every week to help support the local wineries. I’m planning on doing this every Wednesday until this is all over. I look forward to it every week!

Vince March: On my Instagram account I am 20 days into a 30-day song challenge. What I did was instead of putting 30 songs up (one a day for 30 days) that I already play, I decided to learn 30 brand new songs I’ve never played before. It helps pass the time, makes me a better musician, and it keeps each day new.

For more info about each artist as well as photos, live performances and more, go to the following websites:

Local musicians aren’t the only ones not onstage, as all concerts are currently on hiatus no matter how big the act. In response to that, many artists have chosen to hop on the live stream bandwagon. In March, Dave Matthews performed a set as part of Verizon’s #PayItForwardLIVE, a series of online concerts in support of small businesses, and metal gods Metallica began airing live sets from previous tours every Monday at 8 p.m. on their YouTube channel as well as their Facebook page, in a series they are calling “Metallica Mondays.”

Dead & Co. streams live Grateful Dead shows on YouTube from their archives 8 p.m. every Friday in a series called “Shakedown Stream.” Other acts such as Paul Simon and KISS’ Paul Stanley and Bruce Kulick have recorded videos performing in their homes, releasing individual videos as they see fit. Rocker Neil Young released a powerful video on his YouTube channel for a new song about the crisis titled “Shut it Down 2020.” And Young, Willie Nelson and others got together last week for a streaming version of Farm Aid.

And in our neck of the woods, some of the biggest local acts in Jersey history, including Bruce Springsteen, Jon Bon Jovi and Halsey, will team up 7 p.m. Wednesday, April 22, for a live concert to benefit New Jersey’s battle against the coronavirus.

Quarantine cuisine: In the kitchen with Carey Hettmannsperger of Essl’s Dugout

If there is one thing you can count on when you head over to Essl’s Dugout in West Atlantic City, it’s that they will provide you with some of…

Quarantine cuisine: In the kitchen with Carey Hettmannsperger of Essl’s Dugout

If there is one thing you can count on when you head over to Essl’s Dugout in West Atlantic City, it’s that they will provide you with some of…

In this edition of Cronick’s Couch, I discover Louis C.K. is back, give a family film recommendation worth checking out, have fun with Guy Rit…

In this edition of Cronick’s Couch, I discover Louis C.K. is back, give a family film recommendation worth checking out, have fun with Guy Rit…