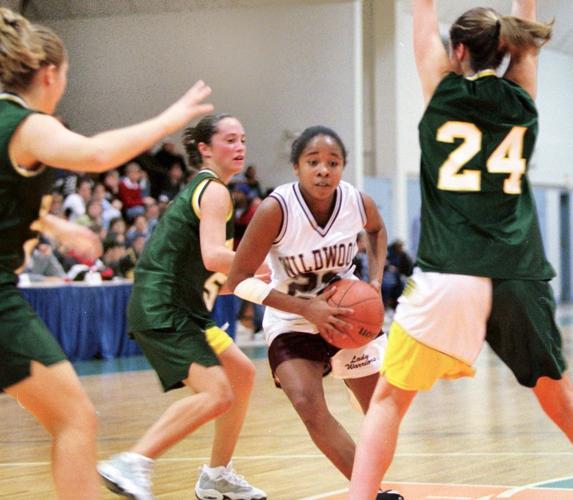 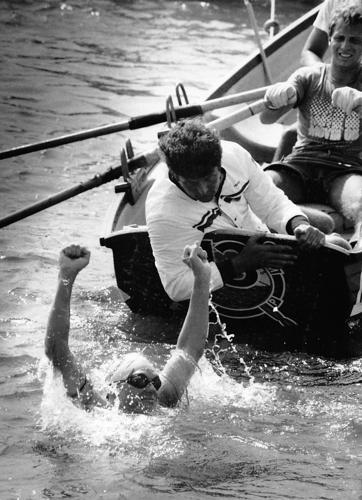 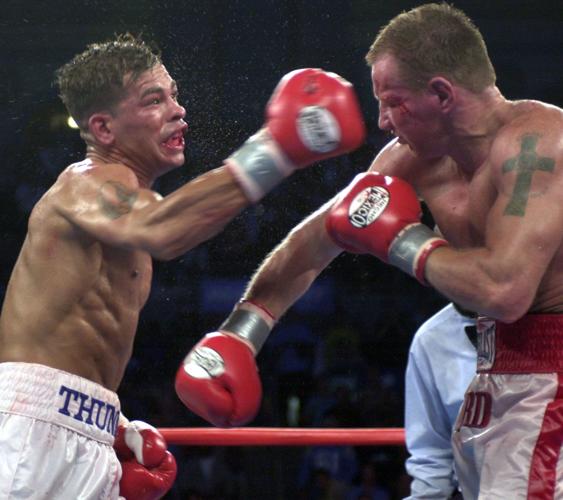 The two had split the first two meetings. The rubber match was epic. Both fighters displayed unbelievable courage and determination during Gatti's unanimous decision win. Gatti and Ward wound up in adjoining beds at the hospital afterward.

The late Bob Hope used to end his TV specials with a song entitled, “Thanks for the Memory.”

Since I can’t carry a tune, this column will have to suffice as my swan song.

Monday is officially my last day, thus ending a 34-year tenure as a member of The Press of Atlantic City’s sports department.

The journey began in 1986, when a 27-year-old married father kissed his wife, 3-year-old daughter and 1-year-old son goodbye one afternoon and headed up the Garden State Parkway to the old Press building on Devin’s Lane.

I was sitting ringside in an outdoor ring at Caesars Palace in Las Vegas on April 8, 1995, when heavyweight Bruce Seldon became Atlantic City’s first world champion by beating Tony Tucker at Caesars Palace. What I remember most was not the fight, but the hours before, when Seldon cried in his dressing room while listening to a tape of his mother, the late Joan Graham, singing.

Ten years later, I was ringside at the MGM Grand in Vegas when lightweight champion Leavander Johnson defended his belt against Jesus Chavez. I spent most of the night at a nearby hospital, sitting with Leavander’s father, Bill, and brothers Cade and Craig in the waiting room while Leavander fought for his life.

Tuesday, Christmas Eve, would have been his 50th birthday.

I was in Indianapolis for two spectacular races.

One was 500 miles. The other was 50 meters. Both were incredible.

On Memorial Day weekend in 1999, Vineland’s Jeret Schroeder, a St. Augustine Prep graduate, drove in the Indy 500. My ears are still ringing from the roar of the engines. I was back in 2000, when Cape May Point swimmer Bill Pilzcuk came up a half-inch short in his bid to make the U.S. Olympic Team in the 50-meter freestyle.

The search for stories took me across the country, from grass-and-dirt high school fields to the plush cathedrals of the NFL.

Eagles coach Ray Rhodes delivering fiery speeches that were bluer than the ocean.

Lacey Township running back Keith Elias churning through the mud for 233 yards and two touchdowns in a playoff win over Mainland Regional in 1989.

Eagles running back LeSean McCoy dashing through the snow for a franchise-record 213 yards against Detroit in 2013.

Bridgeton High School’s Urie Ridgeway charging out of the woods at the state cross country championships in the late 1980s, his braided ponytail bouncing off his back.

Future NFL nose tackle and WWE wrestler Darren Drozdov barreling down the track for Oakcrest in the Atlantic County track and field championships.

Paul Asmuth and Atlantic City’s James Kegley crawling through the current to get around the Longport Jetty in the 1990 Around the Island Swim.

Interviewing strippers in New Orleans before an Eagles’ playoff game against the Saints in 1993.

Getting chills while watching Ocean City’s Patrick Lynch and the late Damien Covington of Overbrook Regional in the 1991 Region 8 championships at Absegami. It remains one of the most thrilling, dramatic events I’ve covered.

Driving away from a gator in Arturo Gatti’s custom golf cart in Vero Beach, Florida, before his fight with Floyd Mayweather Jr. at Jim Whelan Boardwalk Hall in 2005.

Yogi Hiltner leading the Margate Hurricanes to yet another ACBL title.

Cape May surfer Mickey Chew darting across an icy swell aboard a tiny raft.

My fondest recollections, however, were created in Extra Points, which began in 2014, when former Press editor Kris Worrell decided that our sports section needed a voice and asked me to provide it.

Doug Kirk slumped in the food tent of the Escape the Cape Triathlon while battling cancer.

A round of golf with David Thomas.

Finally, the little boy who wanted nothing for Christmas except a couch so his mom wouldn’t have to sleep on the floor.

There are still plenty of stories left to tell, however, and hopefully I’ll find a way to tell them. In the meantime, I’d like to thank you for reading and responding. Maybe I caused you to laugh, maybe to shed a tear. But the fact you cared enough to read was what meant the most.

Thanks for the memories.

David West, who pitched for the 1993 Phillies, dies

David West, who was a member of the beloved 1993 Philadelphia Phillies team, died after a battle with brain cancer, according to news reports …

Bryce Young is passionate about lacrosse and South Jersey, which are reasons the 2014 St. Augustine Prep graduate agreed to expand the sport i…

Jack Crawford announced his retirement from the NFL on Tuesday, and it caused reaction far beyond any of the five NFL cities where the London …

When Dennis Thomas stepped down last month after a successful run as the Millville High School football coach, it was understood he was lookin…

BUENA VISTA TOWNSHIP — There was some motivation for Isabelle VandenBerg.

US Soccer reaches equal pay agreement for men and women

US Soccer reaches equal pay agreement for men and women

The two had split the first two meetings. The rubber match was epic. Both fighters displayed unbelievable courage and determination during Gatti's unanimous decision win. Gatti and Ward wound up in adjoining beds at the hospital afterward.