Kevin Nuss works with a player at Indian Hills Community College in Ottumwa, Iowa. Nuss is back as the head coach of the Ocean City Nor'easters for the 2022 spring-summer season.

Kevin Nuss is back as the head coach of the Ocean City Nor'easters.

Kevin Nuss has had many coaching and front office roles for the Ocean City Nor’easters men’s soccer team, including head coach.

Now he returns to that position.

Nuss, 36, a Logan Township, Gloucester County native, will coach the Nor’easters in the spring-summer season of 2022.

He replaces Alan McCann, who stepped down following a 10-3-3 season.

Nuss had been a member of the Nor’easters’ staff from 2011-16 and was the sporting director of the team and then became the head coach in 2019 when coach Tim Oswald stepped down before the season due to a medical condition. Nuss led the team to a 6-3-5 record in 2019, including 5-0-2 at home, for second place in the United Soccer Leagues League Two Mid-Atlantic Division.

Nuss coached that one year, and then stepped down. Now he’s back, with more time to prepare.

“It feels good to be back. It’s like coming home,” Nuss said. “Ocean City is a great vacation spot, and it’ll be great to be back for my summers. It’s the perfect fit.”

“I think I have a pretty good understanding of how the team works,” Nuss said. “I’ve worked for the team on so many different levels. In 2019, I was the sporting director and then became the head coach at the last minute. Now I’ll have six, seven, eight months to prepare the team. I’m looking forward to continuing the legacy of what we’ve able to do in Ocean City.”

Nuss sees soccer from a slightly different perspective because he was a soccer goalie for Kingsway Regional High School for four years. He was the goalie for Camden County College and then Rowan University, with his final collegiate season in 2007.

“Being a goalie, I was seeing the game from a coaching perspective because a lot of the time I was just watching it and was thinking about how the game should be played,” Nuss said. “I was seeing it and organizing the game in front of me.”

Nuss also was the head coach of Camden County College for three years and built the Cougars into a national junior college power with a 41-5-2 record. In 2019 and 2020, Camden County reached the National Junior College Athletic Association Final Four. The Cougars lost 1-0 to Richland College in the national championship game in 2020.

During his previous time with Ocean City, Nuss helped to recruit a number of players who moved on to play at the next level. During that time, 55 Nor’easters players moved on to sign professional contracts. They include Chevaughn “Chevy” Walsh and Deri Corfe, both former League Two national MVPs, and goalies John McCarthy, Tyler Miller (both MLS players) and Logan Ketterer.

“Kevin worked with the club a long time and he’s familiar with everything, with obvious qualifications,” Nor’easters general manager Giancarlo Granese Jr. said. “We’re all, my dad (team president Giancarlo Granese Sr.) and Tim (Oswald, the team’s former coach and now sporting director) and others, familiar with his style of recruiting and coaching. That’s one of the main factors for bringing him back to coach, and that makes the transition very easy.”

Nuss is already at work on Ocean City’s next season.

“At this point we have a list of 65 players identified across the country, and the list could go over 200,” Nuss said. “We’ll see which ones are the best fit for the way we want to play. We’re community driven. We need players who are good on the field and off.”

McCann will continue as an assistant coach for NCAA Division II Palm Beach Atlantic University. He’s also a member of the technical staff for the Colorado Switchbacks FC.

“As a staff, we are proud of our time spent in Ocean City with the players and thank them again for their consistent hard work,” McCann said in a news release. “We are excited to see the future at the next level for many of our lads and to the next challenge and steps in our coaching careers. I wish Kevin and his staff the best of luck for the future.”

Kevin Nuss works with a player at Indian Hills Community College in Ottumwa, Iowa. Nuss is back as the head coach of the Ocean City Nor'easters for the 2022 spring-summer season.

Kevin Nuss is back as the head coach of the Ocean City Nor'easters. 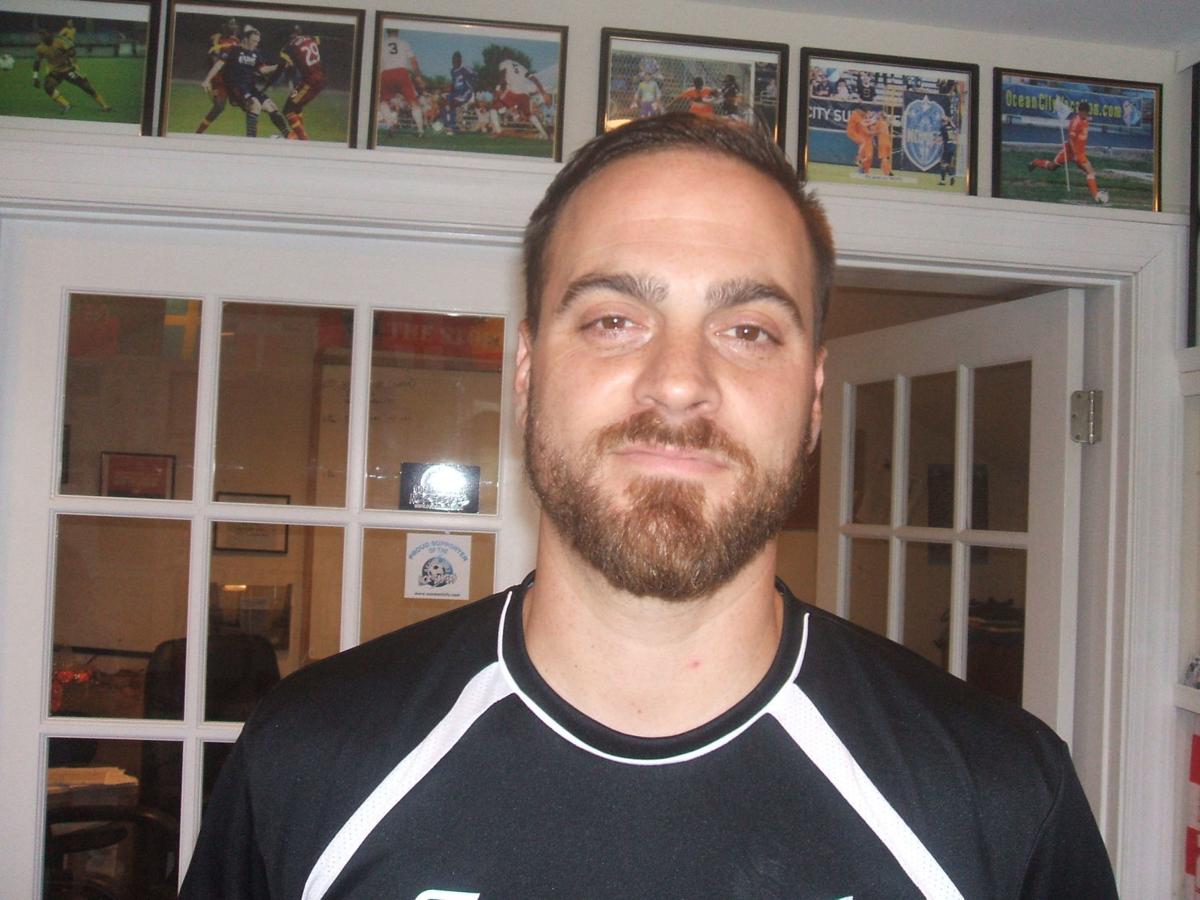