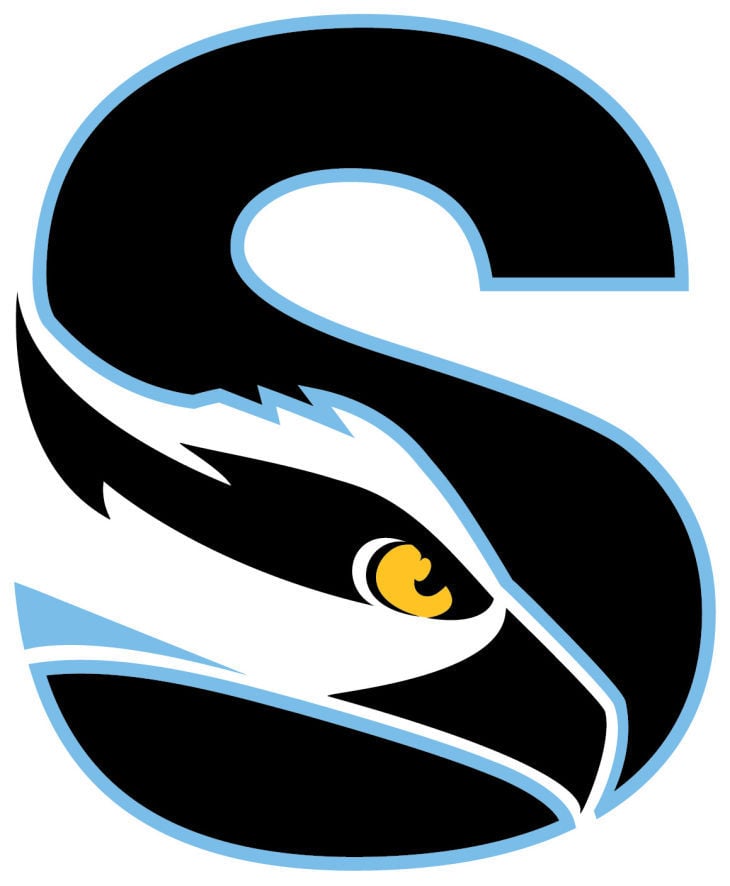 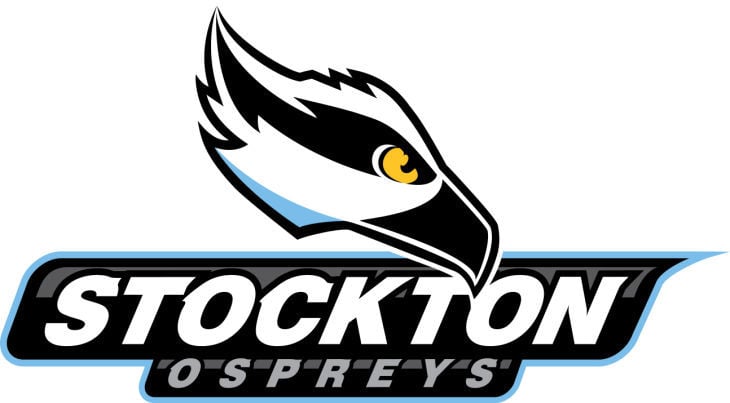 The centerpiece of the Ospreys' new look is a dynamic bird head. In its announcement, Stockton said the new image is intended to be "more aggressive" than the previous triangle logo it replaced.

The change marks the first major overhaul of the Stockton athletics design since 2000, when the department began using a logo designed by then-student Michael Mezzacappa. The emblem was tweaked in 2009 when the accent color was changed from red to blue to match the college seal.

Two of the logos, including the new Osprey head, feature the Stockton Ospreys wordmark that has been in use since 2000. The third will be the Stockton "S,"which the college introduced last year. The "S" served as the basis for the new athletics brand.

All three logos were designed by Gary Schenck, a 1996 Stockton graduate.

The new identity points Stockton's athletics forward while remaining true to its roots. The new logo minimizes the use of the blue accent that was prominently featured in the old logo in favor of the school colors of black and white. The blue trim and gold eye are consistent with colors that appear in the Stockton College seal.

The new look will be phased into team uniforms and signage over the next few years due to budget constraints. The men's soccer, women's soccer, men's basketball, women's lacrosse and women's rowing teams are slated to receive new uniforms this year. All new practice gear, team apparel, promotional items and banners will feature the new logos.

Ben Simmons created months of controversy when he passed up a dunk during Game 7 of last season’s Eastern Conference semifinals.

Campagna, Carnahan the winners of the Atlantic City Marathon

Thanks to Carson Wentz and Dolphins, Eagles could have three top-10 picks in 2022 NFL draft

Things couldn’t be going better for the Philadelphia Eagles in maximizing the value of their potential three first-round picks in the 2022 NFL draft.

St. Joseph Academy looks toward the future as they host Washington Township

The St. Joseph Academy football team will return to its past this weekend at a time when the school is optimistic about its future.