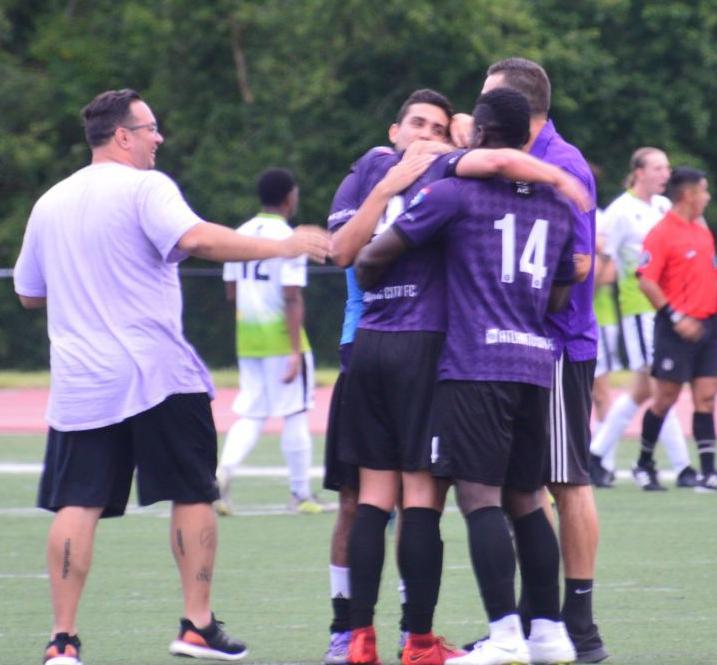 Atlantic City FC clinched the top seed in the Keystone Conference tournament with a 2-1 victory over FC Motown on Saturday. The Aces will host Philadelphia Lone Star FC in the semifinals at 7:45 p.m. Tuesday at Egg Harbor Township High School. 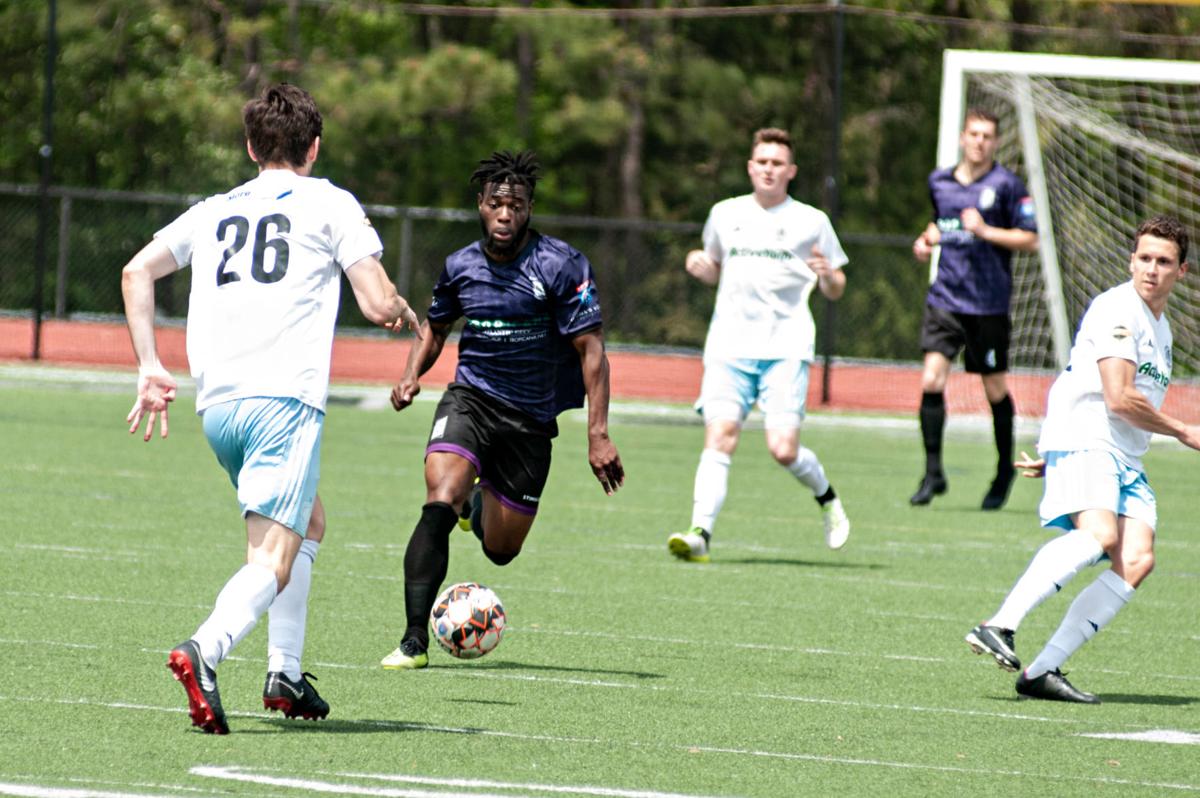 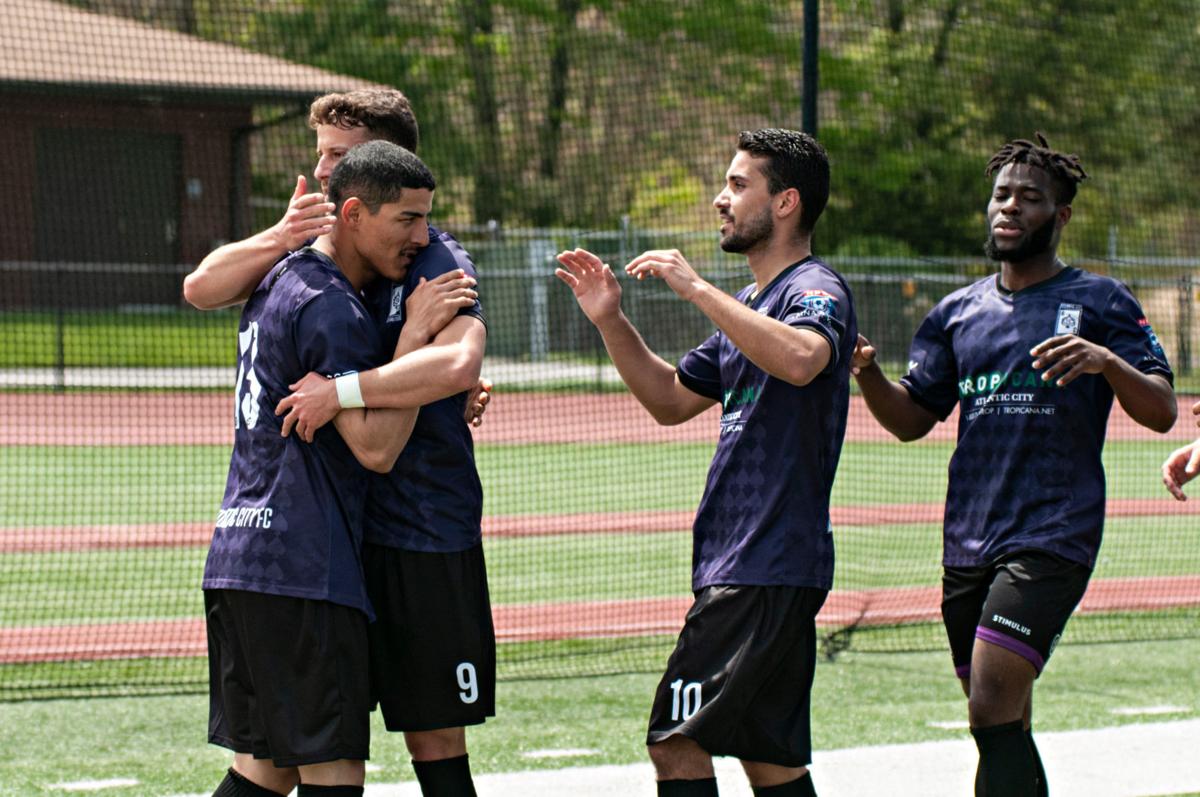 When the Atlantic City Football Club opens its season next month, it will have a new leader on the sidelines.

On Wednesday, the Aces announced Steffen Siebert as their new head coach. He replaces Kristian O’Leary, who guided the team since its inaugural season in 2018. O’Leary returned to the Swansea City Association Football Club in Wales, where he has previously coached, a release from the team said.

“We are thrilled to welcome Steffen and his family to Atlantic City FC. We are positive that his passion, vision and knowledge will be a tremendous asset to building our program,” Atlantic City FC general manager David Goldstein said in a statement Wednesday.

“Coach Siebert is a great communicator, teacher and, most importantly, human being. We look forward to having him work with our club and help us build for the future.”

Siebert has a 15-year coaching resume, including stints as the assistant and then the men’s head coach at Springfield College in Massachusetts and as an assistant with Real Salt Lake of Major League Soccer. The 37-year-old also teaches the A- license coaching course for the United States Soccer Federation.

The Berlin, Germany, native also served as an assistant coach with the Hartford City FC of the National Premier Soccer League, the same league in which the Aces play.

“I’m very excited,” Siebert said in a telephone interview Thursday from his Utah home. “David (Goldstein) and (Aces owner) Andrew (Weilgus) have been very good and made the project seem very exciting. I am really looking forward to being part of the community.

“David and Andrew have really been a big part of it. They have been very excited about the project and where it’s going to head. I just really want to be part of that project in the long term. Building something from the ground was really something I was looking forward to.”

Atlantic City finished 7-2-1 in 2019, finishing first in the Keystone and advancing to the conference semifinal. The Aces went 5-5 in 2018, finishing sixth in the Keystone, missing the playoffs by four points. The NPSL was canceled in 2020 due to the COVID-19 pandemic.

Siebert and the Atlantic City front office had been virtually talking back-and-forth about the program and a vision for the future. Siebert, who will move with his family to the area soon.

“I found it really exciting for me,” Siebert said of the club’s outlook. “I wanted to be part of it.”

The Aces will start their season against First State FC at 6 p.m. May 8 in Wilmington, Delaware. The team’s first home game is against Hershey FC at 6 p.m. May 22. The Aces played at Silver Eagle Stadium on the campus of Egg Harbor Township High School in 2019 but have not announced its venue yet this season.

Siebert said the biggest thing he wants to accomplish is getting the local community excited about soccer and bring it together, adding that he wants to use his background in coaching education to reach out to area high school and soccer clubs.

When COVID restrictions are lessened, Siebert hopes to have open sessions with the team in which the youth could come and ask the coaches and players questions and learn more about the sport.

The Aces helped out with the Atlantic City Beach Soccer Tournament in 2018.

“It sounds like an area that really loves soccer,” Siebert said. “We as coaches, the club in general, the players, we need to have a lot of outreach to local clubs and local communities. Going to high school games. Going to club games. Just being around and available, showing that we care about the community.”

Siebert said the Aces will be an exciting team to watch this season and are proud of the team they put together, which features players from around the nation, adding the 2021 campaign “is looking very promising.”

“There is a lot of love for the game of soccer (around this area) that, I think, is something special. Having a chance to be a part of that as the coach of Atlantic City FC, it’s something I’m really excited about to live in that community.”

A protest against the Glazer family, who owns several sports franchises in the U.S and the United Kingdom, led to the postponement of Sunday’s Manchester United-Liverpool match at Old Trafford Stadium in Manchester, England, after a group of fans stormed the field. The Glazers, who also own the Super Bowl champion Tampa Bay Buccaneers, have owned Manchester United outright since 2005 after ...

Atlantic City FC clinched the top seed in the Keystone Conference tournament with a 2-1 victory over FC Motown on Saturday. The Aces will host Philadelphia Lone Star FC in the semifinals at 7:45 p.m. Tuesday at Egg Harbor Township High School.