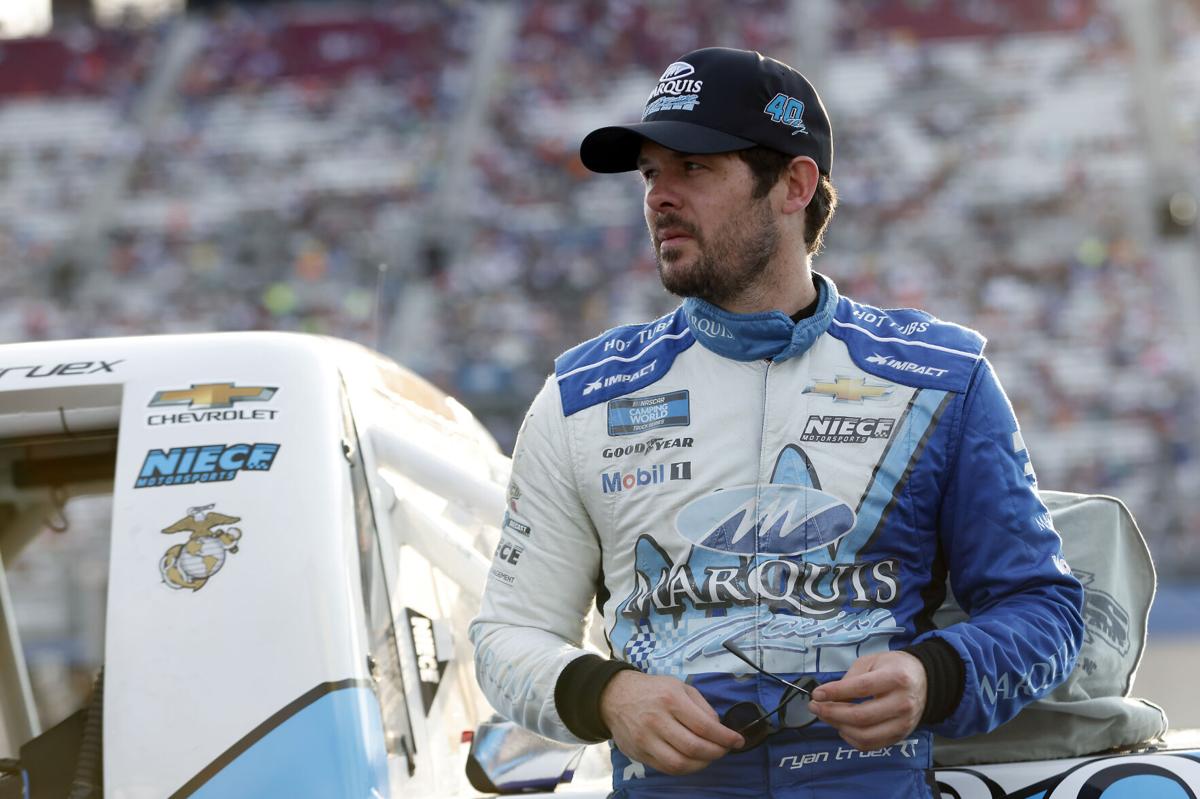 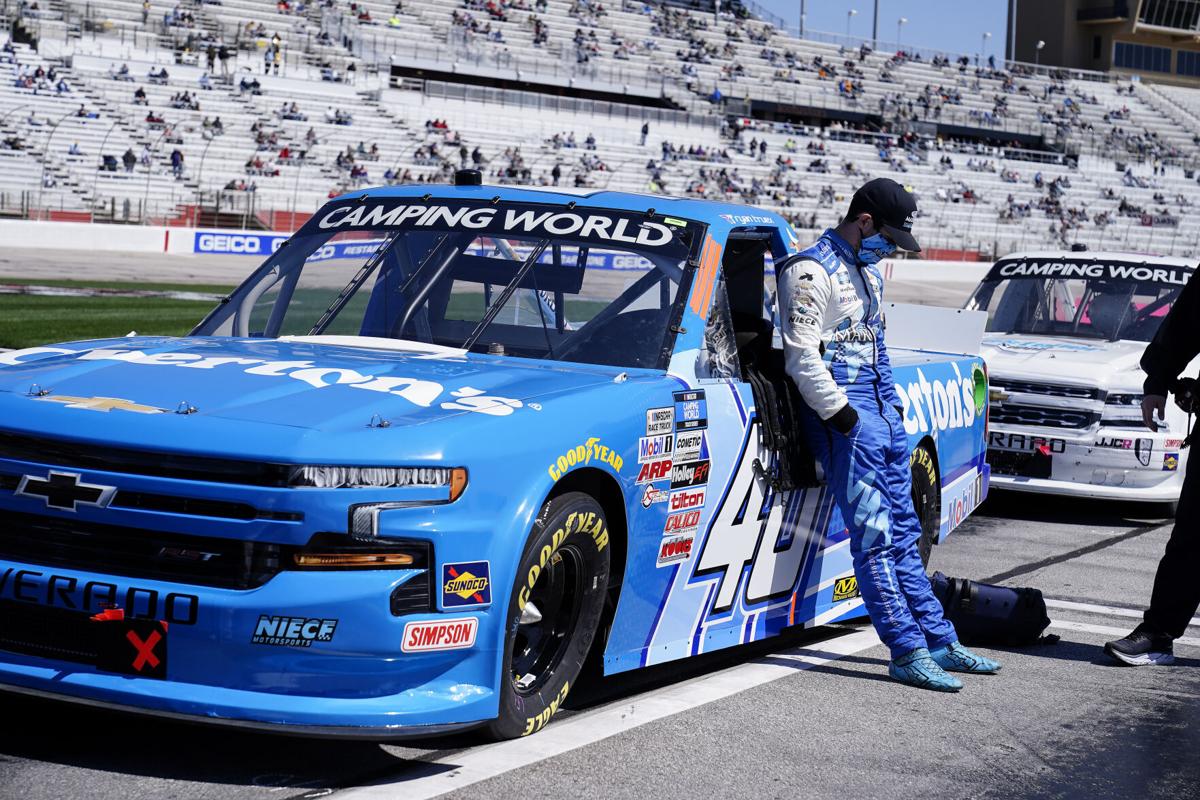 Ryan Truex leans against his truck before a NASCAR Camping World Truck Series at Atlanta Motor Speedway on March 20.

Ryan Truex feels like he’s back in his “wheelhouse.”

After spending the last two seasons driving in NASCAR’s Camping World Truck Series, Truex, who grew up in Stafford Township, will return to racing stock cars in 2022 at a track he loves: Daytona International Speedway.

The 29-year-old brother of Cup driver Martin Truex Jr. announced this week he will drive the No. 26 Circle B Diecast Toyota for Sam Hunt Racing in the season opener of NASCAR’s Xfinity Series on Feb. 19.

“I’ve really missed racing Xfinity cars, the lower downforce and the higher horsepower. It’s good to be back with TRD and Toyota Racing. They’ve been like family with me,” Ryan said Friday in a phone interview. “I started my NASCAR career with them, so to be back in that fold is really awesome.”

“I’ve bounced around here for quite some time. And it feels like every year, my timing has been a bit off,” he said. “I’m either a year early or a year late.”

But Truex is hopeful this new deal with good friend Sam Hunt will be the start of something more steady this season.

“Being able to work with Ryan, not only a real talent, but one of my best friends, is definitely one of the coolest opportunities I’ve had as a car owner,” Hunt said in a statement. “We know each other far past the sport. ... Anytime you get to go to work with one of your favorite people — I see it as a win.”

Truex said his friendship with Hunt goes back to 2017 when they raced against each other in the K&N Series. Hunt then moved near Ryan’s home in Mooresville, North Carolina, and they became close friends.

“Before we had any talks of racing together, we were good friends. We’ve kind of leaned on each other for advice the last few years, me on the driving side and him on the owner side,” Truex said. “A few months ago, he said let’s try and figure out how to run Daytona. ... It’s really just cool how it all came about. To go racing with one of my really good friends as the car owner is really special.”

Right now the deal is only for the Daytona race with the understanding that it could lead to more races. Sam Hunt Racing also announced this week that Jeffrey Earnhardt will run some races for the team this season.

Fortunately, Daytona has always been good to him, Truex said. In the Trucks Series, he was fourth in 2014 and 2021 and second in 2016. He also has a seventh-place finish in an Xfinity car in 2018. He finished fifth at Talladega, another superspeedway, last season in a truck.

“I’ve always just like the first race of the year,” Truex said. “I love the excitement and the atmosphere. You can see all the fans. You can see everyone in the garage area. There’s just something cool about how it feels in Daytona near the beach.

“There’s people who love it and people who hate it. It’s like there’s no in between,” he said. “I think I love it because I’ve always had some good luck and be able to make it to end. On the other side, my brother hates it. ... It’s just a beast, you never know what’s going to happen until the last 50 feet of the track sometimes.”

As for racing after Daytona, as it often happens in NASCAR, it all comes down to finding sponsors. Hunt said “Ryan will be a big part of SHR’s growth both on and off the track in 2022.” And Truex said he has been working with his brother on some opportunities with Toyota. He doesn’t plan to go back to the Truck Series this year, but “if an opportunity comes to the table, I certainly would be up for it.”

“The biggest thing I want is to compete for race wins, wherever and however I’ve got to do that,” he said.

If you follow him on Twitter, he would love to get one company with South Jersey roots more involved in the sport.

And although he’s not considered one of NASCAR’s “young guns” anymore, Ryan still sees an eventual future racing on the Cup Series.

“If you look at the Cup Series, your best years are in your mid- to high-30s. That’s when your talent level and your experience level kind of merges. Martin is a perfect example of that,” he said. “When I look at it like that, I feel a lot better about it. I know I still have plenty of time get to that level.”

Ryan Truex leans against his truck before a NASCAR Camping World Truck Series at Atlanta Motor Speedway on March 20. 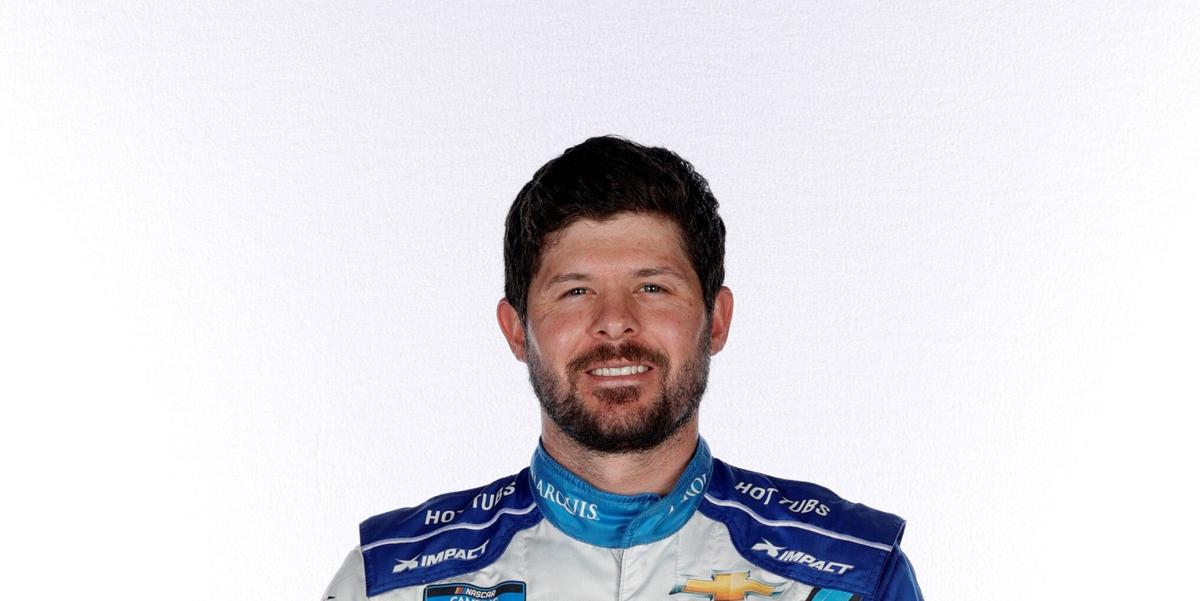