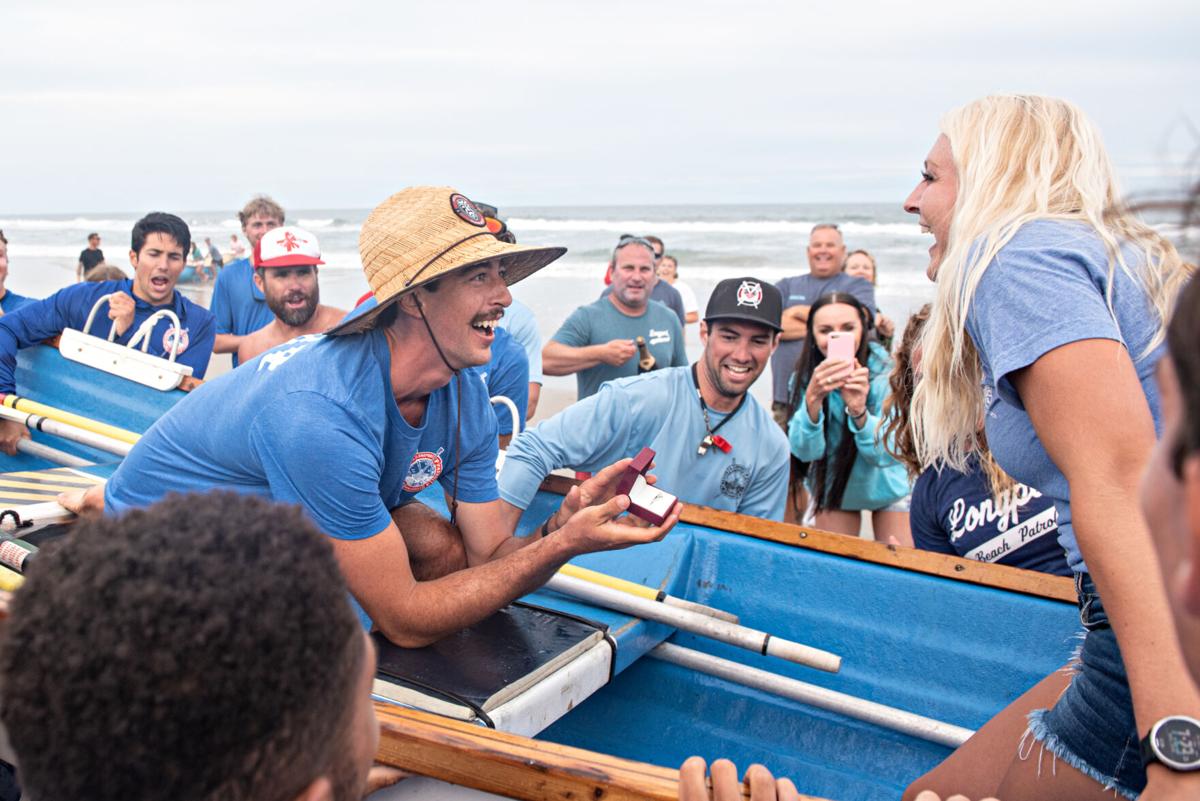 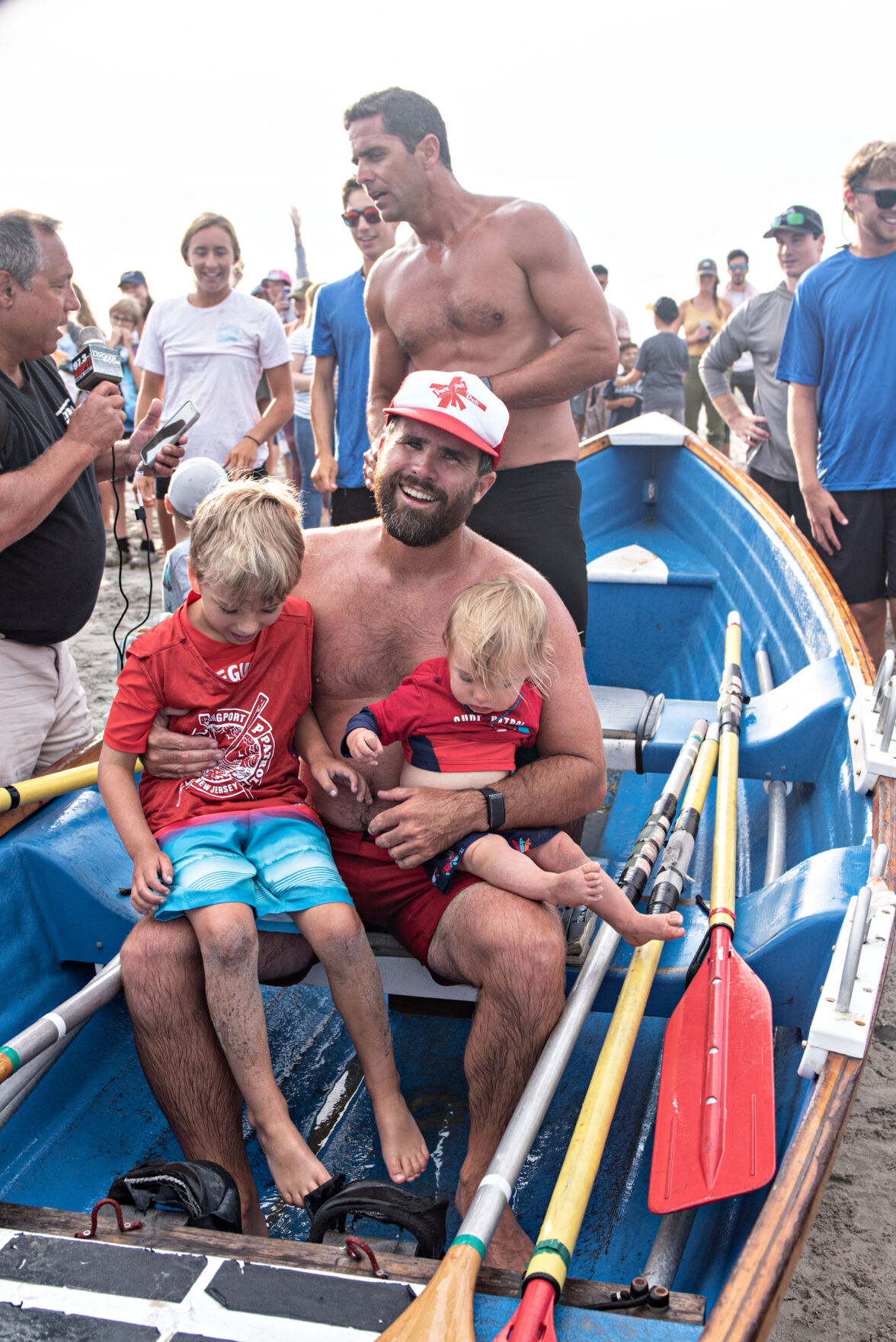 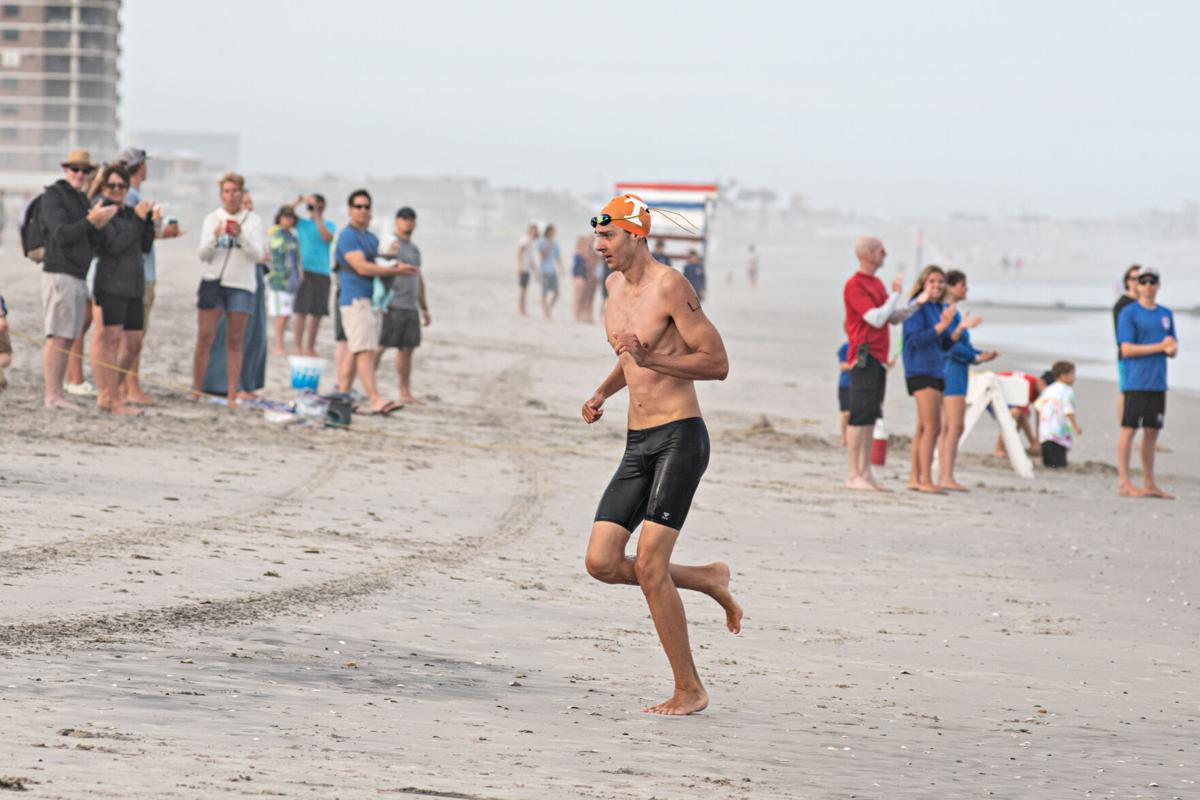 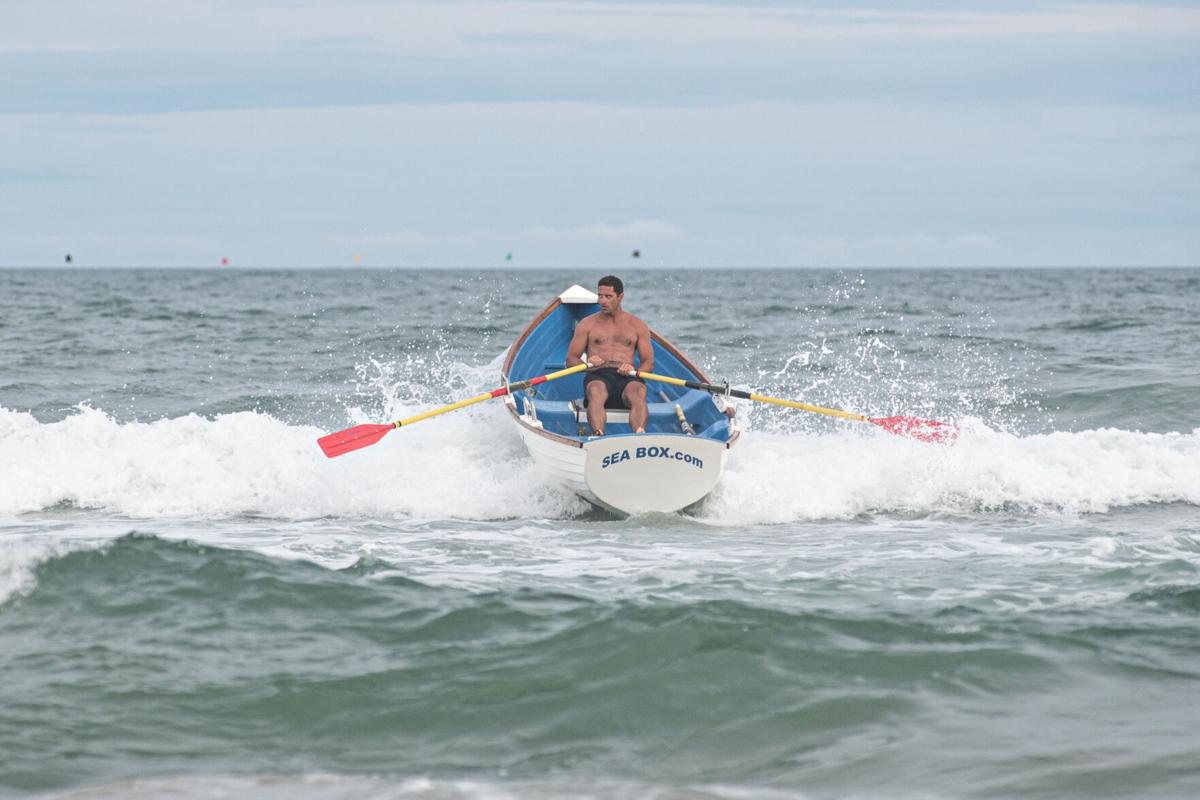 LONGPORT — The Longport Beach Patrol and its fans partied like it was 2019 at 33rd Avenue beach on Friday.

Longport’s Mike McGrath, the son of the late Michael D. McGrath, won the doubles row with partner Sean Duffey. Joey Tepper won the swim, and McGrath returned to win the singles row. Despite the fact that two years have passed and there were many new competitors, those same three athletes finished exactly the same way they did in 2019’s Longport win.

Longport lifeguard Joe Costa jumped in McGrath’s boat after the singles race and proposed to girlfriend Savannah Dreher as the crowd cheered and celebrated. She said yes.

Dozens of pictures were taken and Costa sprayed bottles of champagne.

Longport won the team title with 110 points. Margate, which finished second in two races and third in another, was second in team scoring with 69 points. Atlantic City had 44 points for third.

“It was a real good victory. We were strong in all facets of the event,” Longport Beach Patrol Chief Matt Kelm said. “It was nice to see a lot of new competitors.”

The 6-foot-5 Tepper was The Press Boys Swimmer of the Year as a senior at Egg Harbor Township High School in the winter of 2020. The season ended in early March, less than two weeks before the COVID-19 pandemic struck. He’s a rising sophomore swimmer at the University of Tennessee.

The event honors the late McGrath, a former Longport Beach Patrol Captain and longtime rowing champion who died of cancer in 2005.

The McGrath Longport Memorials has the classic South Jersey format of a doubles row, a swim and a singles row. But unlike other South Jersey events, the Longport Memorials allows three swimmers from each patrol to compete. The home patrol dominated that event, too, as Longport’s Megan Fox finished third and teammate Katie McClintock was fourth.

ONLINE and INSIDE: See additional photos from the Captain Michael D. McGrath Longport Memorial Lifeguard Races on B5 and at PressofAC.com.

What sports are most affected by weather?

Olympian Tom Daley knits while watching in the stands in Tokyo

Olympian Tom Daley knits while watching in the stands in Tokyo

The Mainland Regional High School graduate signed a contract with the Minnesota Twins at Target Field in Minneapolis. Jim Callis of MLB.com re…

ATLANTIC CITY —  Competitors in the 55th Around the Island Swim ran into difficult ocean conditions Sunday, and the race couldn't come to a ty…

AVALON — Avalon Beach Patrol rookie Dolan Grisbaum swam out of the ocean, stood on the sand while catching his breath and looked out to see hi…

Around the Island Swim starts at 7 a.m. Sunday in Atlantic City

The 55th annual Around the Island Swim will begin at 7 a.m. Sunday at the Atlantic City Boathouse on Fairmount Avenue, near the Albany Avenue Bridge.

Fishing seems to be at a summer peak for variety.

The race officials of the 55th annual Around the Island Swim have been preparing for the event for two years.