The Wildwood High School graduate reached the milestone on a layup just 16 seconds into the game to give the Ospreys a 2-0 lead. Flanders became the 33rd player in program history to reach 1,000 career points, which includes teammate DJ Campbell (Vineland). Campbell assisted on Flanders' basket.

The speed and high-pitched sound of indoor auto racing returns to the oval at Jim Whelan Boardwalk Hall in Atlantic City on Friday and Saturday. 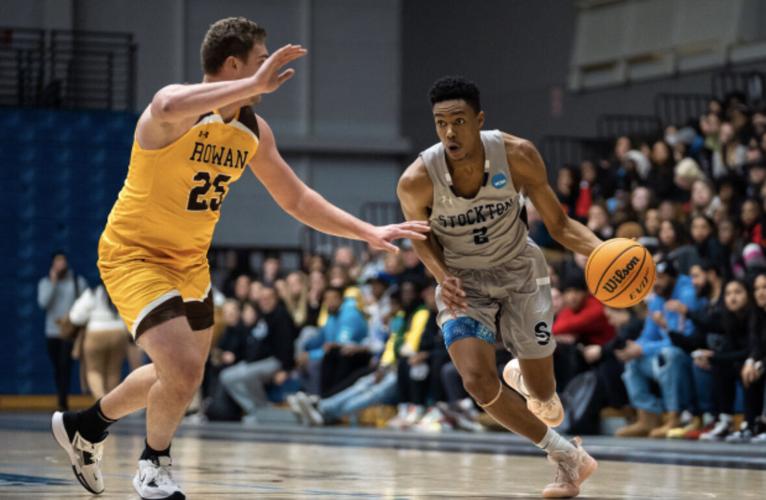 Stockton’s Ky Flanders drives to the basket Nov. 22 during a game against Rowan University in Galloway Township.