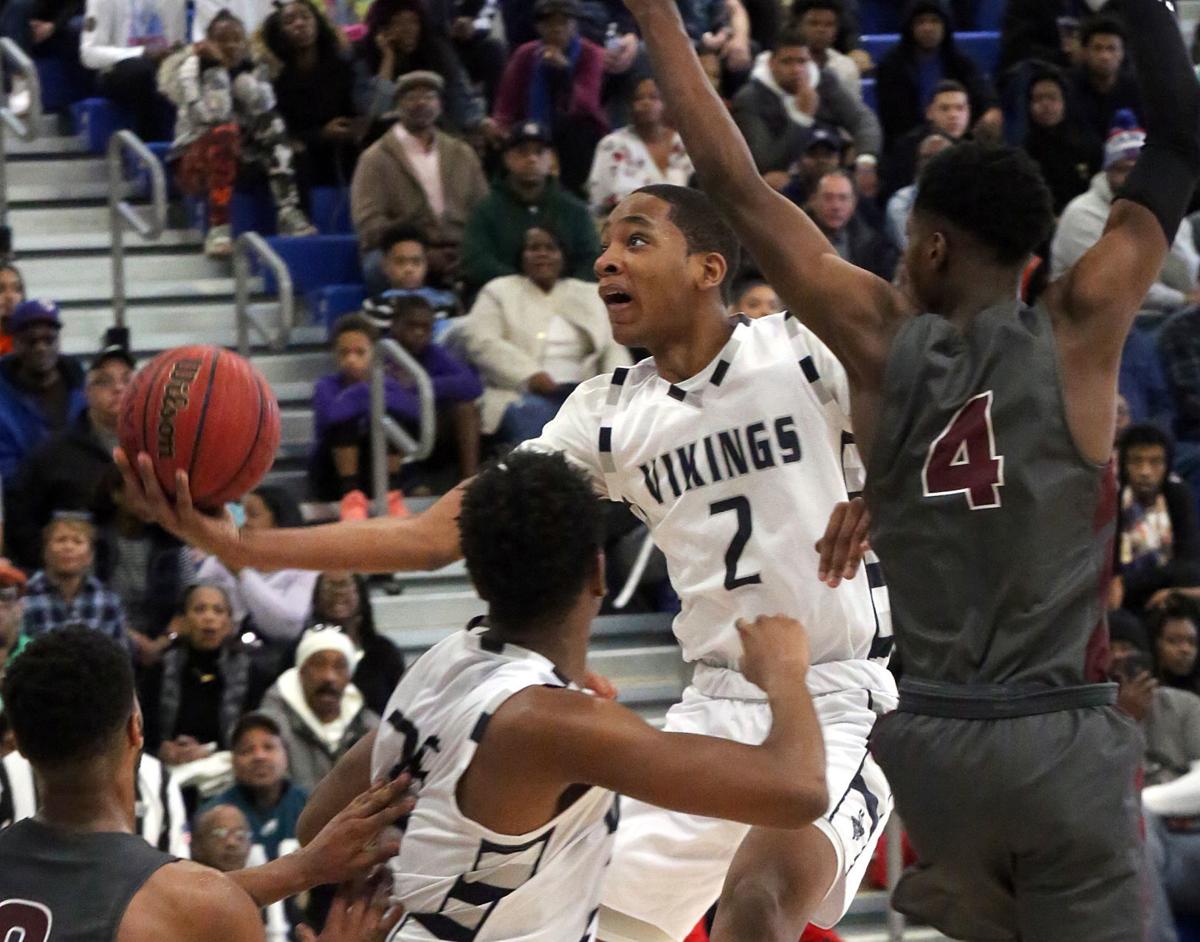 Atlantic City’s Stephen Byard, 2, lays one up in the second quarter of the Battle by the Bay basketball tournament, at Atlantic City High School, Sunday, Feb. 3, 2019. (VERNON OGRODNEK / For The Press) 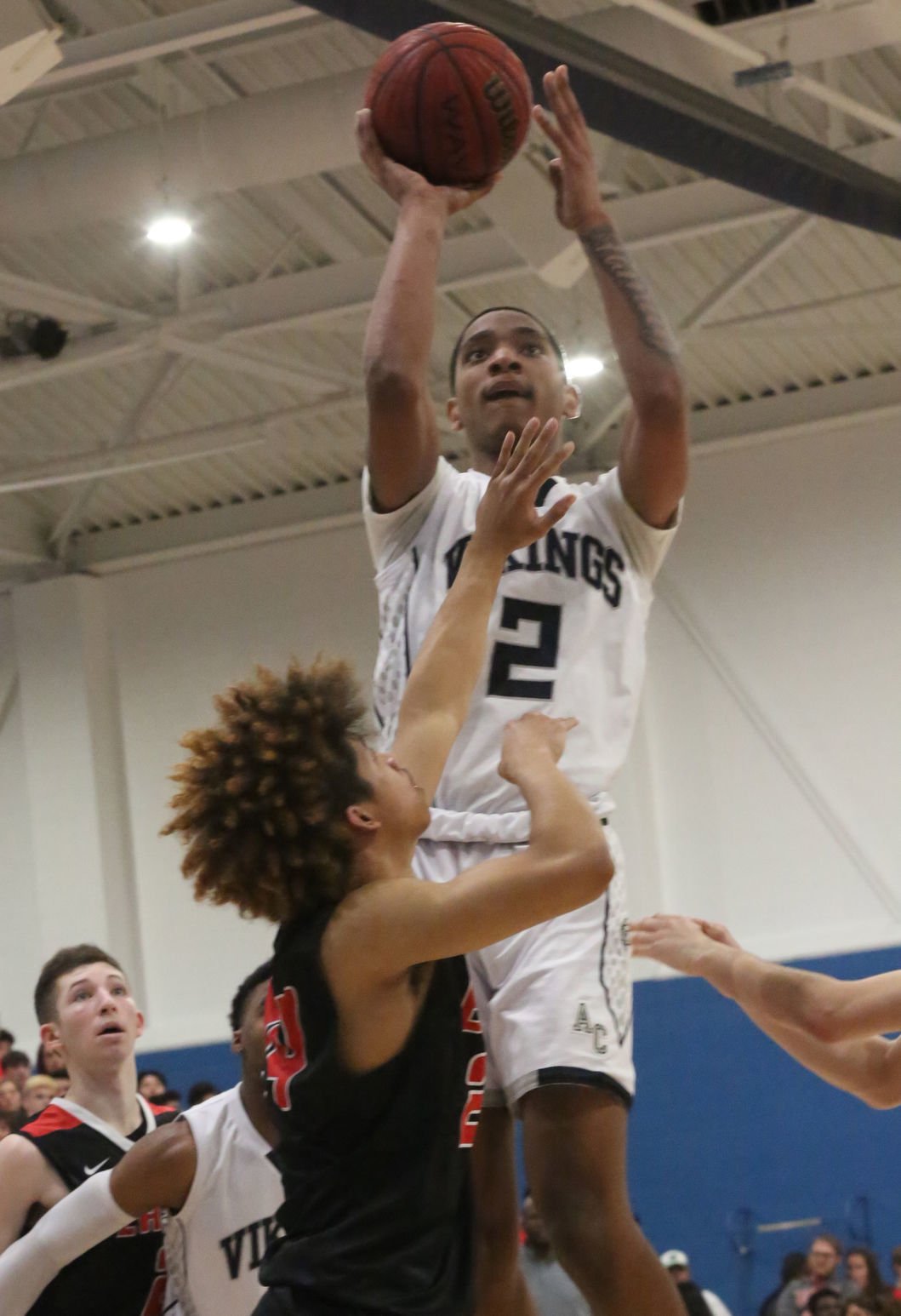 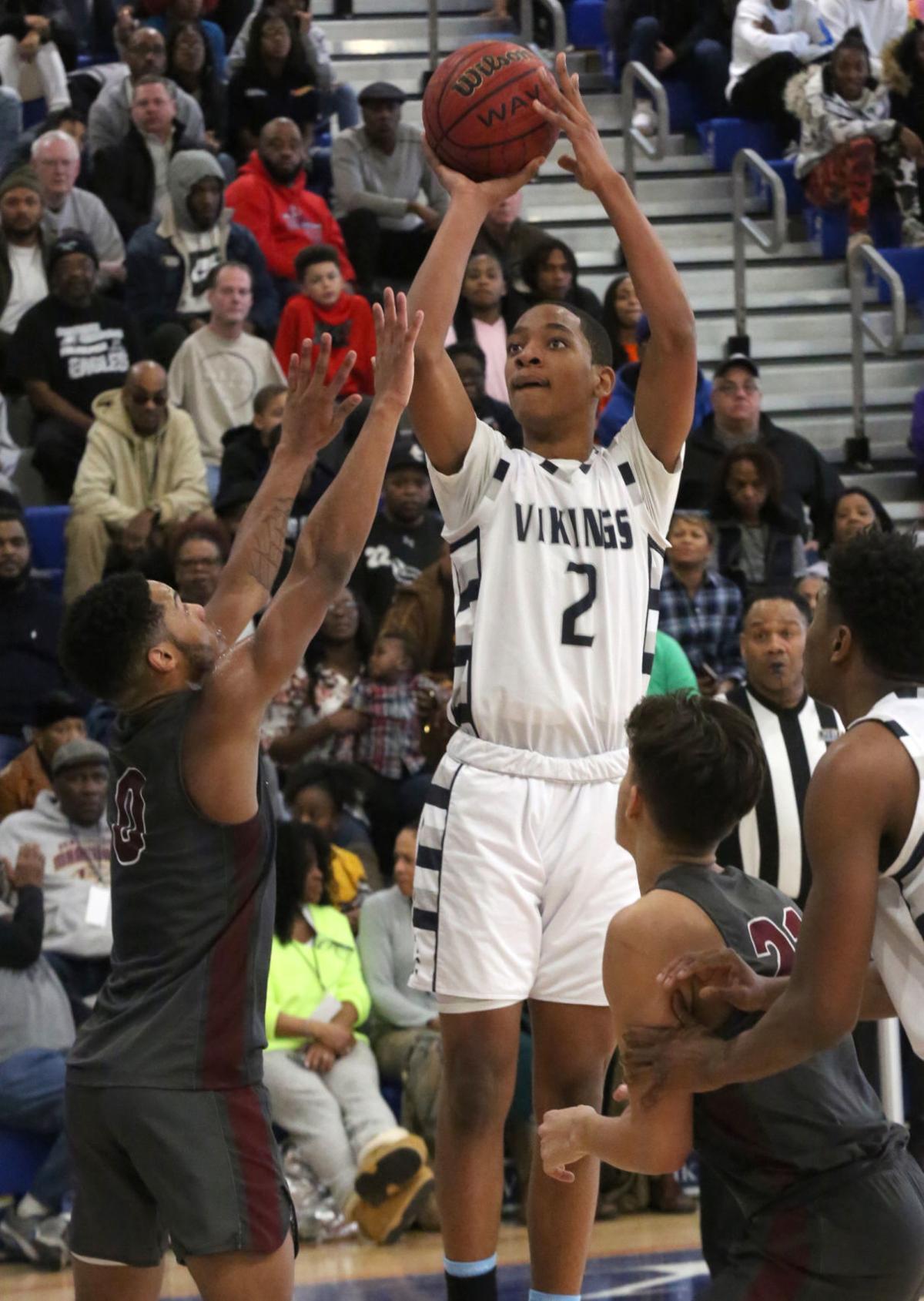 Atlantic City’s Stephen Byard shoots in the second quarter of the Vikings’ game against Pleasantville last year in the Battle by the Bay basketball tournament.

Stephen Byard believes the best is yet to come for his basketball career.

The Atlantic City High School graduate will get a chance to enhance his skills at Cochise College, a Division I junior college in Arizona. Byard did not begin playing organized basketball until he was a sophomore. He had opportunities to play at four-year Division II and III schools, but he wanted to work on his game and academics to possibly earn a Division I scholarship.

“I feel like I needed an extra year to work on myself academically and athletically,” Byard said. “I know I’m a Division I player. At (Cochise), I will get the feel and experience of how Division I players train and the competition.”

“All three will get the opportunity to grow on and off the court,” Atlantic City assistant coach Elijah Langford said. “I think it’s needed for them to do this year.”

The 6-foot-7 Byard just turned 17 and was one of South Jersey’s most intriguing players last winter. He led the Vikings to the South Jersey Group IV title. Byard averaged 26.5 points in the state tournament and scored 40 in Atlantic City’s 61-58 semifinal win over Lenape.

Byard hardly played at all as a sophomore. He started his junior season and showed promise.

More than 100 Cochise players have gone on to play NCAA Division I basketball.

Coach Jerry Carrillo has averaged more than 22 wins per season in his 25 years as Cochise head coach.

“He seems similar to (Atlantic City coach Gene Allen),” Byard said of Carrillo. “Hwants to get his players better and worries about the players.”

Chapman and Palms were also key players for the Vikings this season. The 6-4 Chapman made several key 3-pointers in important games. The 6-2 Palms was a strong inside scorer and rebounder.

Like Byard, Chapman and Palms didn’t get a chance to play as sophomores because Atlantic City was a senior-dominated team that reached the South Jersey Group IV final that season.

Their junior year was a season of transition for the program as Atlantic City finished 10-15.

But all three helped Atlantic City regain its status as one of the state’s top programs this winter.

“I’m looking forward to seeing how their careers play out,” Langford said.

Atlantic City’s Stephen Byard, 2, lays one up in the second quarter of the Battle by the Bay basketball tournament, at Atlantic City High School, Sunday, Feb. 3, 2019. (VERNON OGRODNEK / For The Press)

Atlantic City’s Stephen Byard shoots in the second quarter of the Vikings’ game against Pleasantville last year in the Battle by the Bay basketball tournament. 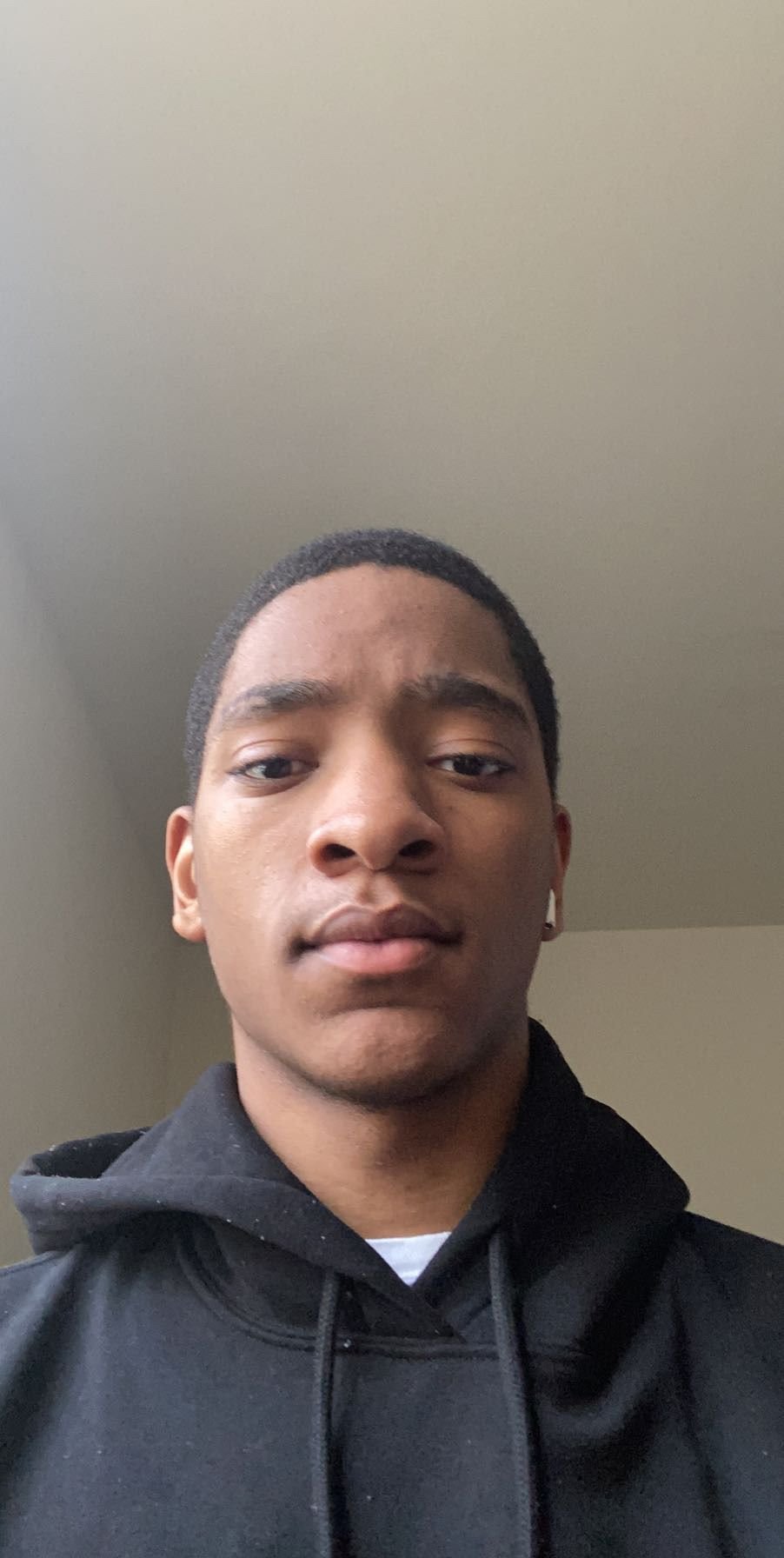