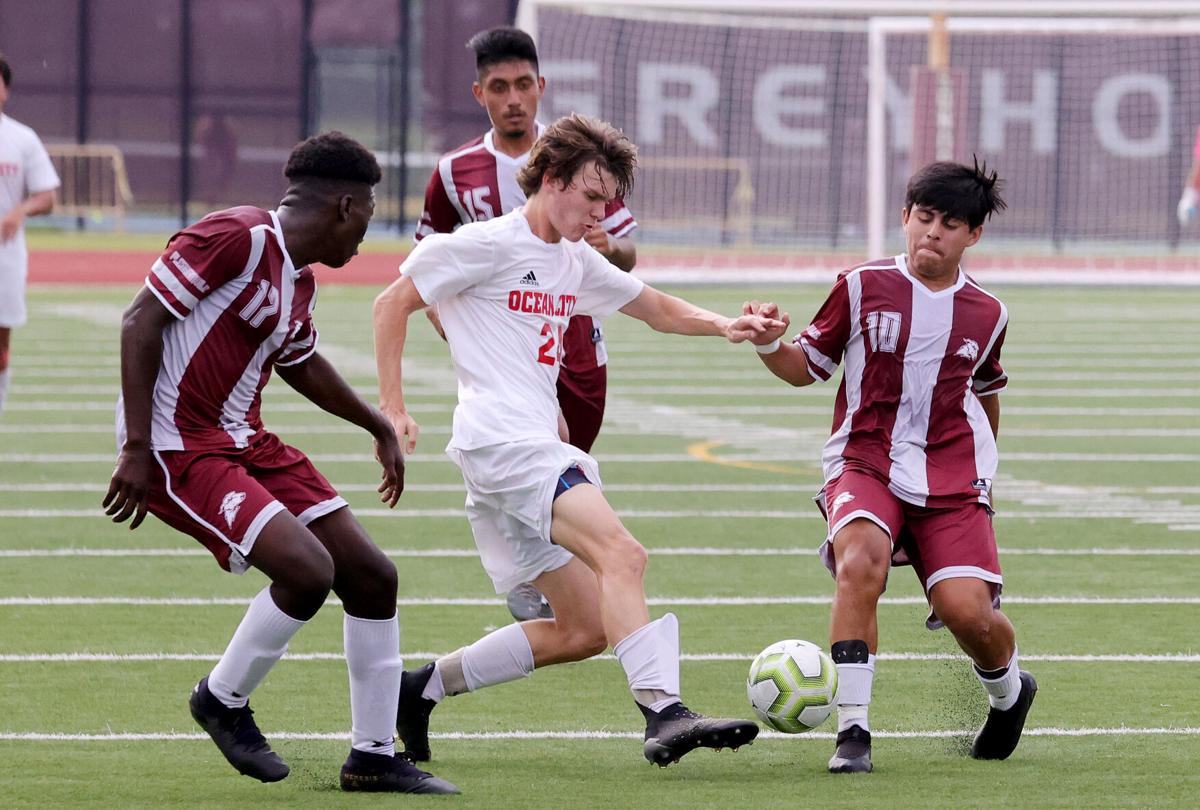 Ocean City’s Sean Daily battles for the ball against the Vikings’ Samson St. Villas, left, and Matt Monroy during their Cape-Atlantic League game Monday in Pleasantville. A photo gallery from the game is attached to this story at PressofAC.com. 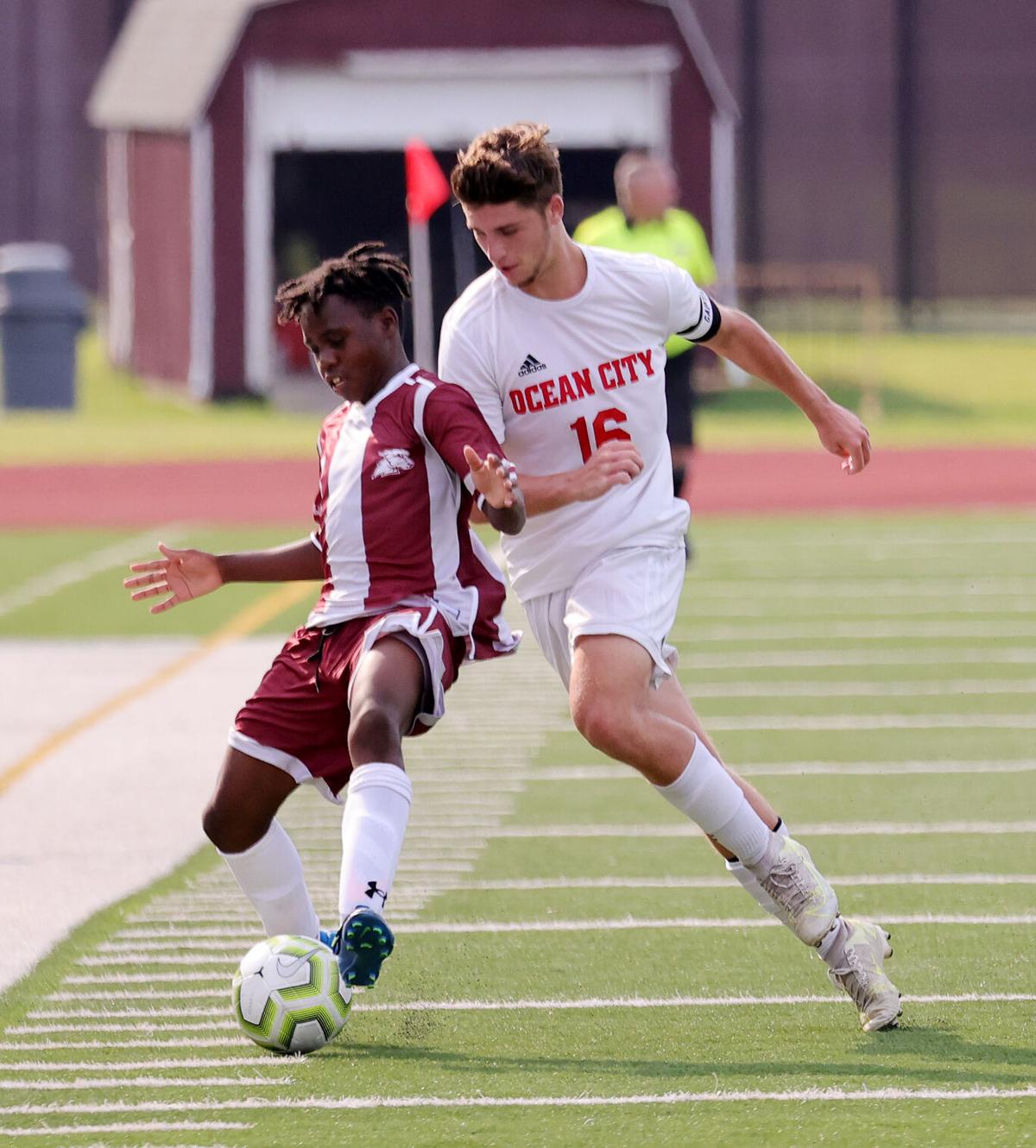 The Red Raiders’ John Lindsay and the Greyhouonds’ Jonas Gillis in action.

The Ocean City High School boys soccer team waited an extra-long time for its season to begin, but the Red Raiders made up for it Monday.

Ocean City had its first two games postponed due to rain. Pleasantville dropped to 0-3.

“It’s been a while to get started after last year’s COVID, and today was really good,” said Lindsay, a 17-year-old resident of Petersburg in Upper Township. “The guys were getting the ball up to me, and I’m proud of the team.”

The Red Raiders were 9-2-1 last year in a season shortened due to the pandemic, and 12 seniors graduated from that team.

“I’ve played a long time with a lot of those guys, so it’s tough without them. But we didn’t have a full season last year, and this year we have 19 regular-season games. We’re ready to put it all out there,” Lindsay said.

Defender Ori Levy-Smith scored the fifth goal in the second half. Sean Daily, another defender, made it 6-0, and forward Nick Volpe scored the last goal.

Lindsay’s first goal five minutes into the game was assisted by Lambros Koutsfetsoulis. Lindsay made it 2-0 off an assist by Levy-Smith. The third goal was unassisted, and Lindsay’s fourth goal was off an assist by Tanner Bell. Lindsay assisted on the fifth goal, and Levy-Smith got his second assist on Daily’s goal. Wade Hudak assisted on the seventh goal. Evan Schweibinz made five saves for the shutout.

“We hadn’t played since our last scrimmage exactly two weeks ago,” Ocean City coach Aaron Bogushefsky said. “Our guys were champing at the bit to go out and get the game in. There was no design in John getting the first four goals. He was just in the right spot for all of them, and the guys got him the ball. There was only one unassisted goal, so our goals came from the back. The guys were ready to play and came out fired up.

Pleasantville is rebuilding under new coach Marcus Barksdale. The Greyhounds were 5-5 last year and returned few of last year’s players.

“We have four seniors and a lot of younger players,” Barksdale said. “Ocean City is a very good team. We only have a couple guys who play club soccer, so it’s harder to get things coordinated. But I saw improvement in our team in the second half.”

Who has the edge in the NL Wildcard race?

What to expect with Justin Fields at the helm

What to expect with Justin Fields at the helm

Ocean City’s Sean Daily battles for the ball against the Vikings’ Samson St. Villas, left, and Matt Monroy during their Cape-Atlantic League game Monday in Pleasantville. A photo gallery from the game is attached to this story at PressofAC.com.

The Red Raiders’ John Lindsay and the Greyhouonds’ Jonas Gillis in action.