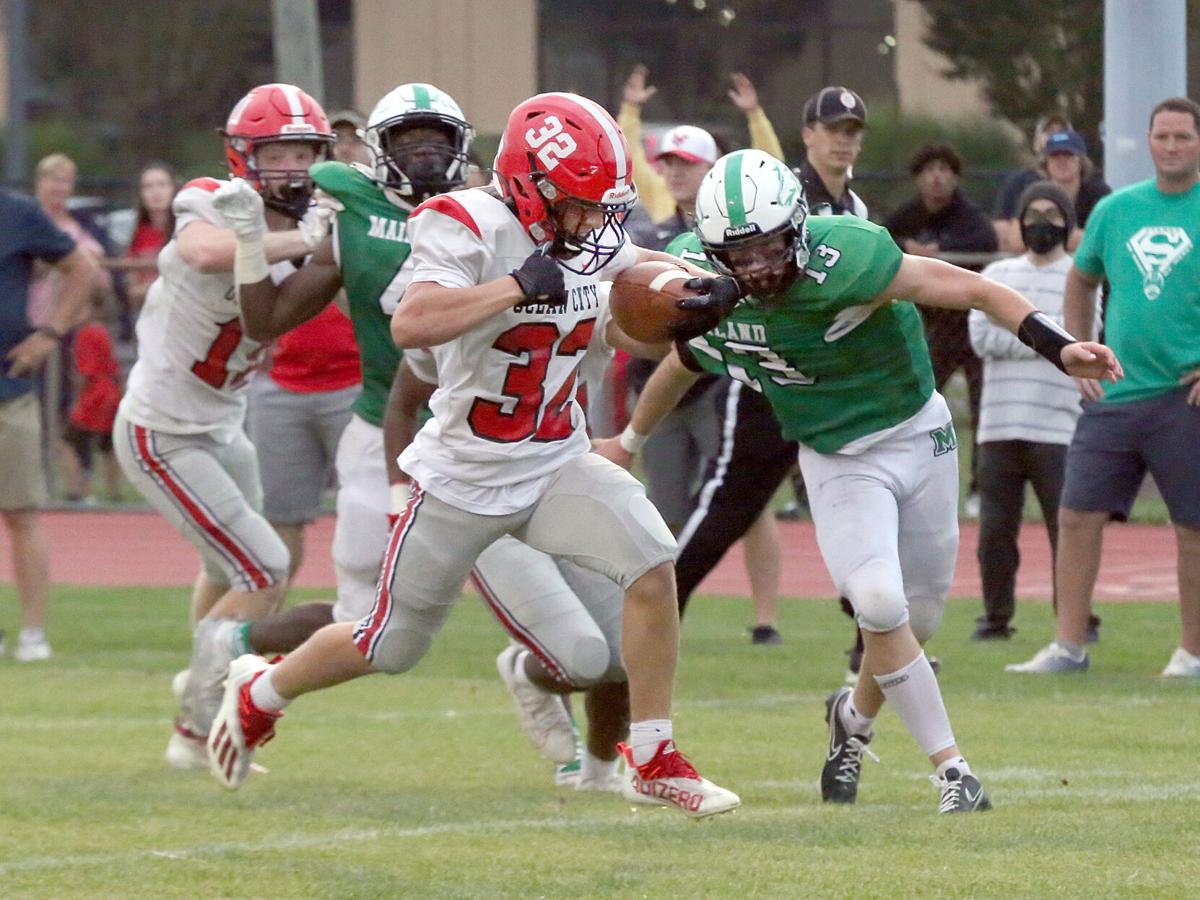 Ocean City High School’s Jack Hoag runs for a touchdown during the second quarter of Friday night’s game against Mainland Regional in Linwood. Video and a photo gallery from the game are attached to this story at PressofAC.com. 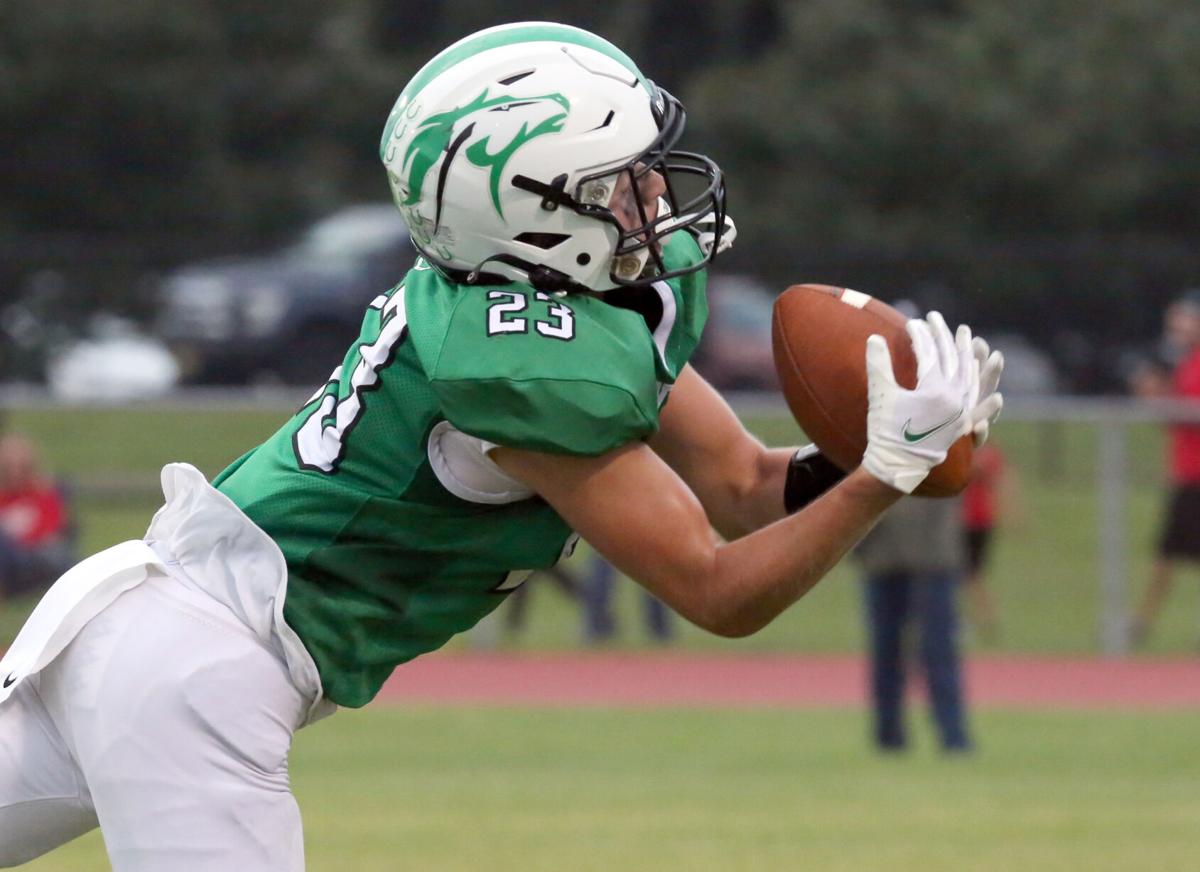 Joe Sheeran intercepts a pass during the first half.

“That got everyone going,” Ocean City senior defensive end and tight end Mike Gray said. “Everyone’s blood is pumping. Everyone is on the field, flying around. It helped out a lot.”

“It all starts up front,” Mazzitelli said. “We set the tone at the line of scrimmage. They opened holes and made the job easy for me.”

Mainland (2-2) struggled to block the 6-foot-4, 234-pound Gray. He was a constant presence in the Mustangs’ backfield and made four tackles for losses in the first half alone.

“From the start of the week, we were practicing getting off the ball fast so we could get in the backfield and disrupt the (Mainland) quarterback,” Gray said. “If you get in the quarterback’s head, the offense shuts down and then the whole team goes.”

Ocean City also got key defensive plays in the second half from linemen Zach Mazzitelli and C.J. Conti, both of whom recovered fumbles that led to third-quarter scores.

Fans filled the Mainland home and visiting bleachers to watch these rivals meet for the 50th time. The rivalry is known as “The Battle for the Bridge,” referring to the Route 52 causeway that separates Ocean City from the Mainland sending district of Somers Point. Mainland leads the series 28-22.

Sean Mazzitelli, a 5-10, 184-pound senior, was Ocean City’s primary runner only because Jacob Wilson is out with a foot injury. Wilson ran for 287 yards in the Red Raiders’ first two games.

The Ocean City offense hasn’t skipped a beat with Mazzitelli. In addition to his first-quarter TD run, he scored on runs of 52 and 2 yards in the third quarter.

“Jacob is a good player and a great leader for our team,” Mazzitelli said. “He pushes me every day. It’s unfortunate we can’t have him now, but we have to have the ‘next man up’ mentality. Guys are stepping up.”

Ocean City was efficient and wore down the younger Mustangs. The Red Raiders took advantage of a pair of Mainland fumbles to score three TDs in a span of five minutes in the third quarter and build a 34-0 lead.

Mainland finally got on the scoreboard when quarterback Marlon Leslie scored on a 6-yard run late in the fourth. Those are the only points Ocean City has allowed all season.

“I’m not going to lie,” Gray said with a smile. “Right when they scored that touchdown, it felt like we lost the game, but it’s all good.”

After the win, Ocean City posed for a picture with the Battle of the Bridge trophy that goes to the winner each year.

The Red Raiders relished beating their rival but seemed more excited about what could be to come this season. Gray noted that the playoffs are a long way down the road.

“This is satisfying,” Mazzitelli said. “But at the end of the day, we’re on to the next game. We have to have another good week of practice and keep grinding.”

Main football photo for B1 for Saturday, Sept. 18

Ocean City High School’s Jack Hoag runs for a touchdown during the second quarter of Friday night’s game against Mainland Regional in Linwood. Video and a photo gallery from the game are attached to this story at PressofAC.com.

Joe Sheeran intercepts a pass during the first half.