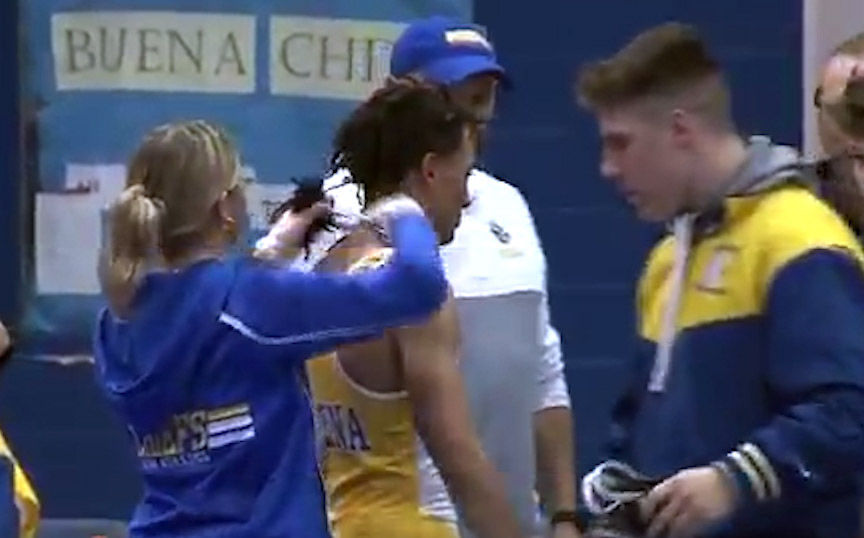 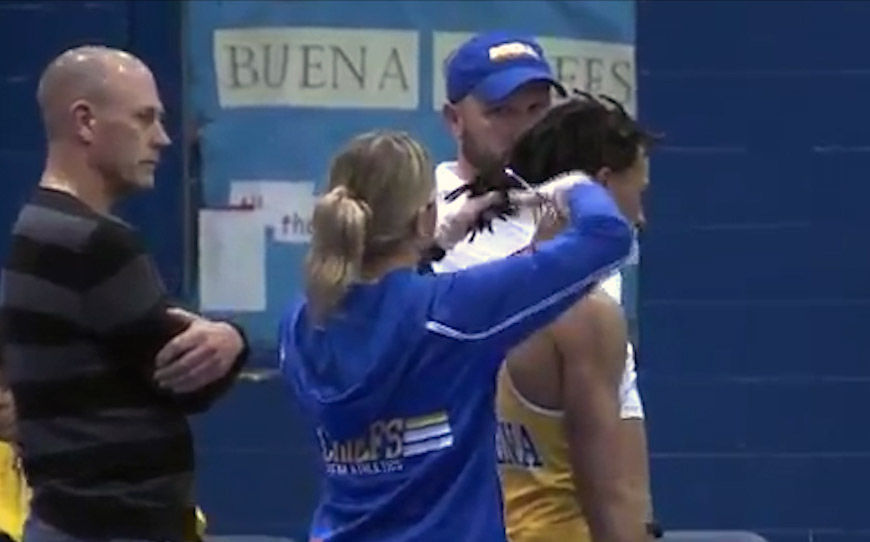 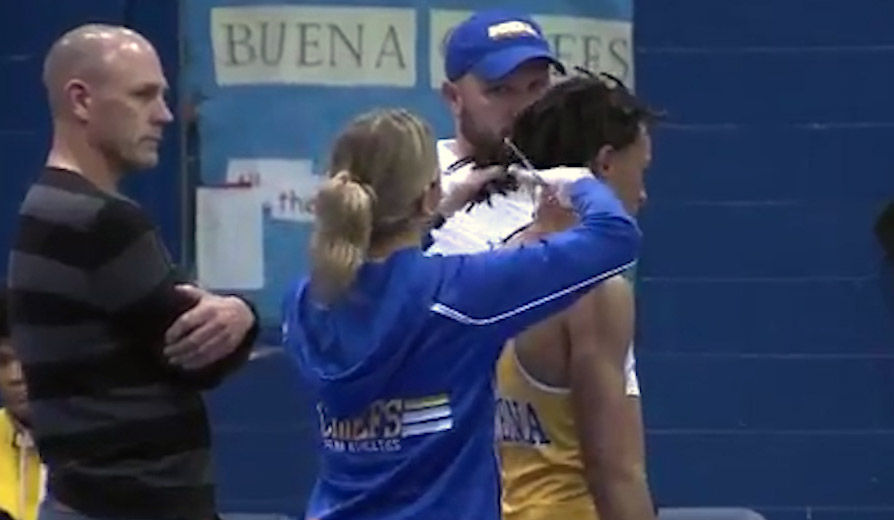 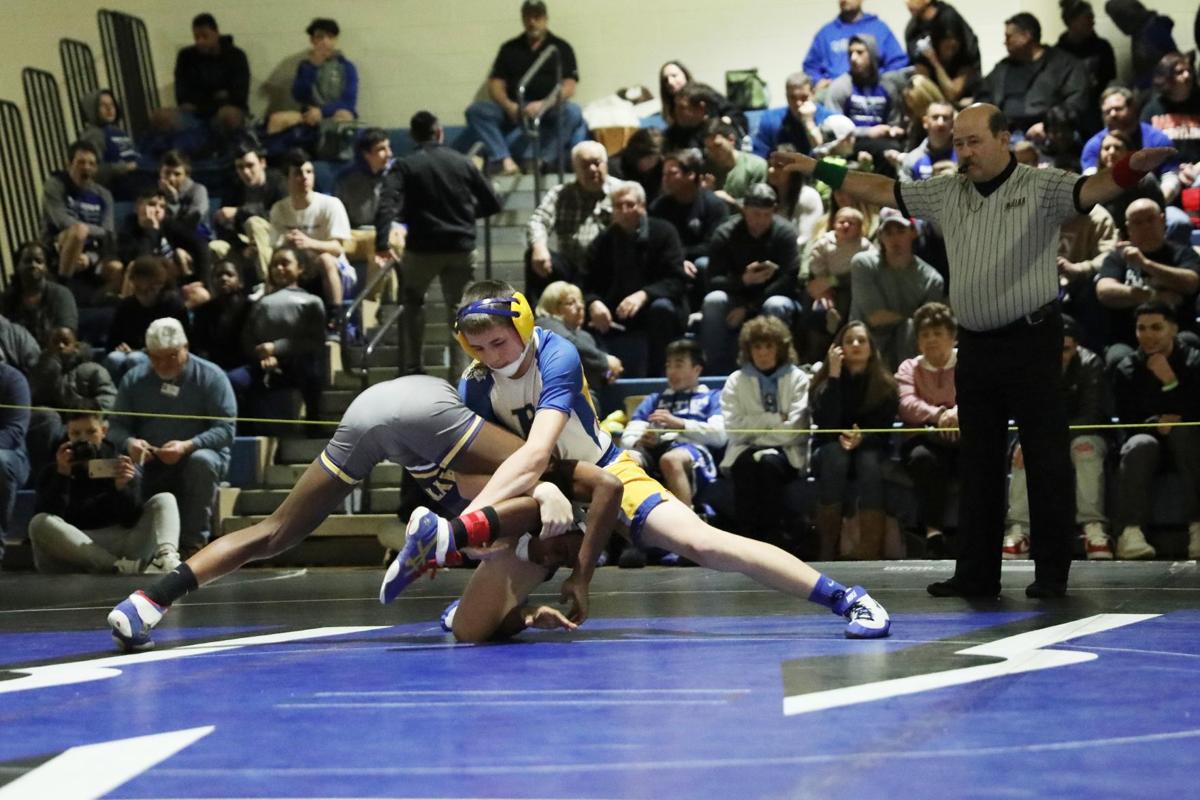 Video of a referee ordering a Buena Regional High School wrestler to cut his hair before competing Wednesday has created a national controversy and a state investigation into the official’s actions.

According to Frankel’s Tweet, the impromptu haircut was ordered by referee Alan Maloney, who would not allow Johnson to compete with a cover over his hair. Maloney reportedly said he either had to have his hair cut or forfeit his match.

Epitome of a team player ⬇️

A referee wouldn't allow Andrew Johnson of Buena @brhschiefs to wrestle with a cover over his dreadlocks. It was either an impromptu haircut, or a forfeit. Johnson chose the haircut, then won by sudden victory in OT to help spark Buena to a win. pic.twitter.com/f6JidKNKoI

“The wrestler’s coaches argued the referee’s decision for several minutes, until the referee started the injury time clock,” Frankel wrote on Twitter. “At this point, the wrestler removed the cap, and agreed to have his hair cut.”

After getting his hair cut, Johnson won a 4-2 decision in overtime at 120 pounds during Buena’s 41-24 victory against Oakcrest.

He received a standing ovation as he came off the mat and was congratulated by teammates and coaches.

“I’ve been doing this 11 years and this is the first time I’ve ever seen anything like this,” Absegami Athletic Director and Cape-Atlantic League President Steve Fortis said.

“We’ve had kids on our team who had to shave or cut their fingernails before matches, but they go back (to the locker room) and do it. We’ve also had kids with long hair, and we tell them beforehand that you have to get your hair cut before you can wrestle.”

The New Jersey State Interscholastic Athletic Association said they have been in contact with school officials over the incident and are awaiting official incident reports.

“The NJSIAA has provided initial information to the New Jersey Division on Civil Rights and will continue to send updates as they become available,” said Larry White, executive director of the association in a statement. “At this point, the NJSIAA is working to determine the exact nature of the incident and whether an infraction occurred.”

The state Division of Civil Rights has opened an investigation into the incident, said Leland Moore, spokesman for the state Attorney General’s Office.

The NJSIAA also asked the New Jersey Wrestling Officials Association not assign Maloney “to any event until this matter has been reviewed more thoroughly in order to avoid potential distractions for the competing wrestlers.”

Buena has also asked that Maloney not be assigned to any more of their matches, according to a statement from district Superintendent David C. Cappuccio.

“The staff and administration within the Buena Regional School District will continue to support and stand by all of our students and student-athletes,” Cappuccio said in the statement. “The district will take appropriate action as more details become available.”

Frankel’s video was later shown on TMZ.com, SI.com and other social media outlets, including musician Chance the Rapper’s Twitter feed. Commenters were outraged at what they regarded as an act of overt racism.

“For something like this to happen is outlandish,” said Olivia Caldwell, president of the Mainland-Pleasantville branch of the NAACP.

“I saw the video and you could tell by the look on that young man’s face at the end that he was not happy. I was pleased to see that it looked like his teammates and coach supported him, but what the referee did was demeaning. It was outrageous and ridiculous. In this day and age, it’s really taking a step back.”

This reportedly is not the first time Maloney has been involved in a racial incident.

Maloney was accused of uttering a racial slur at another referee in 2016 at a private gathering at a Wildwood condominium while they were officiating the War at the Shore youth tournament, according to the Courier-Post.

“It was two men, a group of guys, having fun and it was just a slip-up,” Maloney told the Courier-Post. “If you can’t see past that, then I don’t know what to say. I made a mistake, and I apologized for it. And it was accepted.” Both referees were initially suspended, according to the Courier-Post report, but the suspensions were never enforced.

Assemblyman John Armato, D-Atlantic, called on Maloney to be banned from officiating matches.

“This was without a doubt a clear act of racial discrimination. Alan Maloney, someone who shouldn’t have been allowed to work as a referee after previous condemned actions, should be banned immediately,” Armato said in a statement. “This is sure to be a traumatic experience that Johnson should have never encountered.”

According to the rules of the National Federation of State High School Associations, a wrestler’s hair “shall extend no lower than the top of an ordinary shirt collar in the back, shall not extend lower than earlobe level on the sides, and shall not extend below the eyebrows in the front.

“Hair that does not conform to the rule shall be contained in a legal hair covering or the wrestler shall not compete. For hair coverings to be legal they must be worn under the headgear, or be part of the headgear, and be of a solid material that is not abrasive.”

It is not known whether Johnson’s hair cover was in compliance of the rules, but he wrestled twice last Saturday at the Robin Leff Tournament at Southern Regional.

In most cases, wrestlers are required to show hair covers during prematch weigh-ins. If they are found in violation of a rule governing grooming, it is usually dealt with beforehand.

Maloney, who is a member of the South Jersey Wrestling Hall of Fame, has long been regarded as one of the state’s top wrestling referees.

As of 2016, he had participated in 31 state individual championship tournaments and had worked the finals nine times.

In 2016, he was the lead official when Bergen Catholic High School’s Nick Suriano became the second undefeated, four-time state champion.

Last Wednesday, a Buena Regional High School wrestler was forced to cut his dreadlocks – or forfeit his match.

Buena Board of Education set to meet amid wrestling controversy

BUENA VISTA TOWNSHIP – The board of education here is scheduled to host a "special emergency meeting" Wednesday to discuss personnel matters, …