Domitris returned a fumble for a touchdown with 1 minute, 29 seconds left in the game, and his cousin Richard Mosley threw the winning two-point conversion as the Bulldogs beat Atlantic City 30-29.

“Like the coaches always say, ‘If you’re down, keep fighting and something great is going to happen,’” Richard Mosley said. “We made the big play, and they didn’t.”

Atlantic City (1-2) led 29-22 with a chance to run out the clock. The Vikings had the ball on their own 2-yard line with less than two minutes left.

On first down, the Vikings ran up the middle. Bridgeton linebacker Jermaine Bell hit the ball carrier hard, and the ball popped into the air.

It landed right in the hands of Domitris, who took a few steps across the goal line.

“It was just a happy moment,” the senior linebacker said. “I saw the ball in the air, and the first thing on my mind was ‘go get it.’ It was crazy.”

The two-point conversion was only slightly less nutty. The snap was low and skidded along the artificial grass. Richard Mosley picked it up and scrambled to his right.

Just before he stepped out of bounds, he threw to the back of the end zone. Zsa’Yon Price caught it to give Bridgeton a 1-point lead.

“There were multiple people coming at me,” Richard Mosley said. “I got around them. I saw (Price). He was wide open. I just threw it, and he caught it.”

The Vikings gave Bridgeton some anxious moments in the final minute. Junior quarterback Eric Strecker (18 for 29 for 211 yards) drove Atlantic City to the Bridgeton 31. The Bulldogs knocked down a desperation pass to the end zone on the game’s final play.

Only a few fans were allowed in the stadium because of COVID-19 restrictions. But some Bridgeton fans parked their cars on a grassy knoll that overlooked the field. They honked their horns when the final seconds ticked off the clock.

Saturday’s game on a bright, sunny fall day was a matchup of teams that have struggled the past few seasons. The Bulldogs finished 1-8 each of the past two seasons but have now won two straight.

Bridgeton showed a strong running game Saturday with Bell (11 carries for 60 yards) and Edward Gravely (15 carries for 85 yards and two TDs). Richard Mosley, who attended St. Joseph as a freshman, is a promising sophomore quarterback. His father, Ricky, was a standout football, baseball and basketball player at Bridgeton and The Press Male High School Athlete of the Year in 1996.

“Everybody was doubting us,” Richard Mosley said. “Now, we have the pieces to the puzzle. Everybody thought we were going to have a losing season, but we’re not going to.” 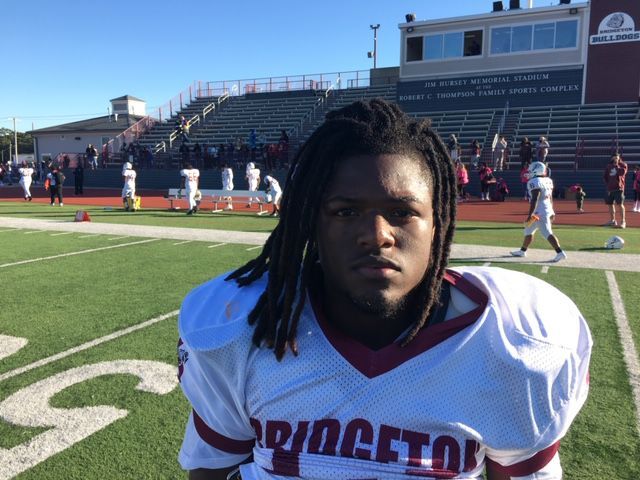 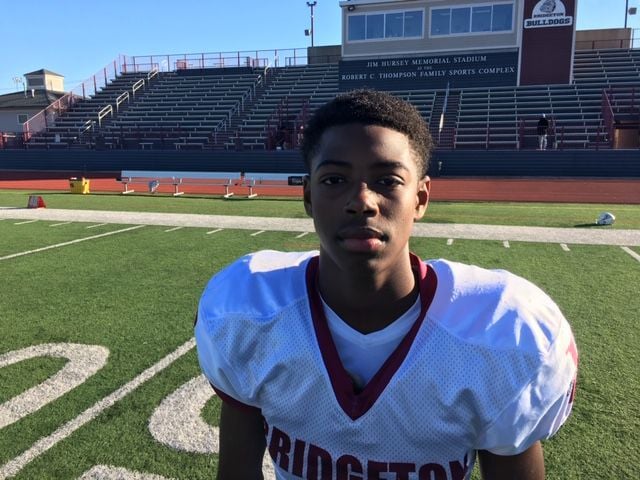