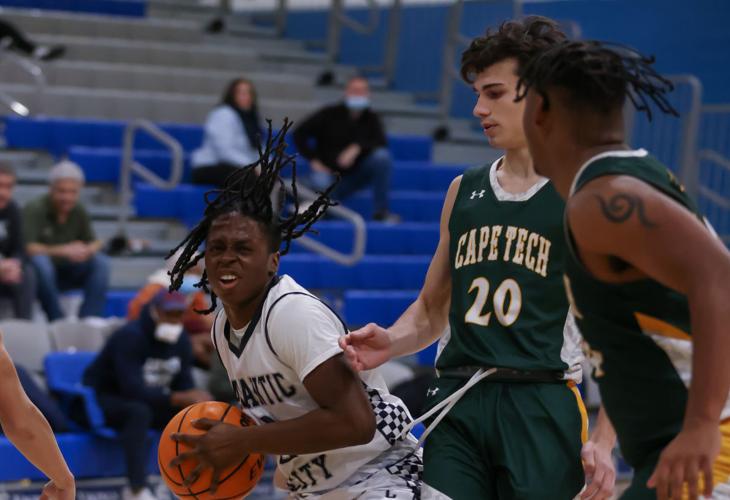 Nasir Turner drives to the basket for Atlantic City against Cape May Tech during Friday night’s game on the Vikings’ court. Video and a photo gallery are attached to this story at PressofAC.com. 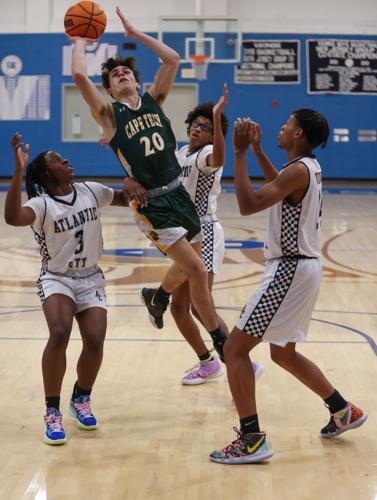 Cape May Tech's Jared Knight gets a shot off amid traffic during Friday's game against host Atlantic City.

ATLANTIC CITY — It has been a rough start for the Atlantic City High School boys basketball team.

But the rebuilding Vikings are starting to make some progress.

Dylan Culmone came up clutch in the fourth quarter to lead Atlantic City to a 40-34 victory over Cape May Tech in a Cape-Atlantic League American Division game Friday.

It was the Vikings’ third win in their last five games.

“Scoring this game was obviously an issue for us,” said Culmone, who did not play a lot in the first half. “I just had to come in, and we had to get momentum. We had to get something going.

Cape May Tech outscored Atlantic City 11-7 in the third quarter to cut its deficit to 21-20. But Culmone scored six early in the fourth (his only points of the game) to extend the lead to 29-21.

Cape May Tech (3-8) clawed back and trailed by only four with 21 seconds remaining. Getting that early cushion in the fourth was important, Atlantic City coach Gene Allen said.

Dylan Delvecchio scored a game-high 21 for the Hawks, including nine in the fourth. He was 9 for 16 from the line.

The Vikings scored 19 in the fourth.

“It was huge,” Allen said. “I thought we executed well in the half court for that segment, and then we closed out by hitting four straight free throws. We aren’t a good free-throw shooting team, so I was impressed with that, as well.”

Atlantic City is accustomed to success. Since coach Gene Allen took over in 2003, the Vikings are 375-130, including three state and seven South Jersey titles.

But this season, the Vikings are young and inexperienced. However, they are improving.

“You know we are trying,” Allen said. “We are trying to get better every day.”

“Every game feel like we are getting better and better,” said Culmone, 17, of Margate. “In practice, you can see the improvement. All the teammates are stepping up. We are starting to improve as a team. We feel it every game.”

But the Vikings’ defense trumped their missed shots.

Cape May Tech only scored nine in the first half.

“Our defense in the first half was pretty good. Scoring was the only problem, really,” Culmone said.

“I always preach there will be nights we don’t make shots, so you have to be consistent defensively,” Allen said. “And we did that (Friday).”

The Vikings also committed 18 fouls. But it wasn’t much better for Cape May Tech, which committed 15. All those fouls contributed to the low scoring totals for both teams.

Still, the shooting has to improve, Culmone said.

“Just practice. Practice,” he said. “Get shots up. We also played a back-to-back (a loss to Bridgeton on Thursday), so obviously we need to rest and recover, too, and come back fresh on Monday.”

In down year, Atlantic City's boys basketball coach takes it 'one day at a time': Must Win

Gene Allen laughed when he heard the question.

Nasir Turner drives to the basket for Atlantic City against Cape May Tech during Friday night’s game on the Vikings’ court. Video and a photo gallery are attached to this story at PressofAC.com.

Cape May Tech's Jared Knight gets a shot off amid traffic during Friday's game against host Atlantic City. 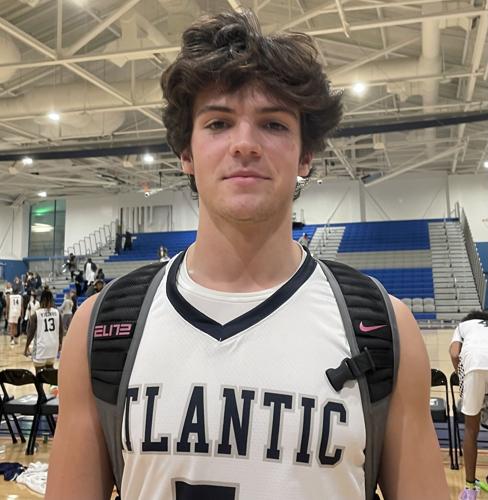