GLOUCESTER TOWNSHIP — Grace, Bella and Gabby Albert are always together.

So much so that the three sisters even compete alongside each other on the Cumberland Regional High School girls tennis team.

And they enjoy every moment.

“We do not leave each other’s side,” said Grace, 16, who is a junior and the oldest. “So it’s really nice having them on the team with me and playing right beside them.”

Grace, Bella and Gabby play first, second and third singles, respectively, for the Colts. This season is the first time three sisters, who live in Greenwich, played at all the singles spots, Cumberland coach Devon Land said.

Last season, Grace competed at second singles, while Bella played third singles. Gabby moved up to singles from first doubles. All made a leap from last fall in regards to level of talent, Land said.

Bella and Gabby, 15, are sophomore twins.

“It’s incredible, especially because they all have an incredible work ethic,” said Land, noting the three also practice outside of team drills and have “a competitive edge. They are even better kids than they are athletes, and that’s all you can ask for.”

Bella was born one hour before Gabby and likes to point out that she is the older sister of the twins. Bella defeated Gabby before the season in a very close match to earn the second singles spot, sending Gabby to third singles.

“Isabella always bickers at me saying that she is older, so I thought it was ironic she beat me,” Gabby said with a laugh. “I think it is funny she keeps bickering with me. I get so angry about it. She is always saying she is older, and I’m like ‘No, you’re not.”

However, Bella pointed out she is, indeed, just the second oldest.

Bella said competing against Gabby “was the hardest ever because we are like the same person,” Bella said. “We are all basically equal. We work with our father (Gary Albert) all the time, and we try to get better every year.”

That friendly sibling rivalry even extends to the court.

Being the actual oldest, Grace never wants to lose a match on days her sisters win theirs. And it’s the same for Bella and Gabby. They push each other.

“I’m the older sister, so there is no way I can have the younger sister beat me,” Grace said. “We have to all win or, if I do lose and they win, it makes me strive to do better.”

Playing singles, all three of them are in a row, is something the sisters enjoy. They give each other words of encouragement and help each other do well, and they don’t take it for granted.

“We always tell each other to reset,” said Bella, who added the sisters started playing tennis for fun about five years ago and began playing competitively at Cumberland. “That’s the most important thing. To just refresh the mind and get back to it.”

“It’s amazing. I love working with my sisters, and I am so thankful to work with them. It’s so nice that all of us can be together. They are just great people, and I’m thankful I can be with them.”

Playing side-by-side on the court is also great for their parents, including their mother, Rebecca Thompson Albert.

For Grace, it is even better when they announce their names at matches and people ask if they are sisters. Some people even think they are triplets as the resemblance is strong.

“It is amazing,” said Gabby, who enjoys playing singles more than doubles. “I love seeing them. They are like my little side buddies. They are always giving me little critiques or whispering ‘you got this’ and ‘just keep focusing.’ They are my support buddies. It’s a big motivation. I really look up to them. I love them.”

Having all three compete is not only a great experience for the sisters, but also for Land and assistant coach Scott Reichardt.

Each also has strong leadership abilities, Land added. Grace is a team captain, but all three push each other and their teammates. The other players see their work ethic and “kind of set the tone for what the expectation is,” Land said.

After three matches, Bella and Gabby were 3-0, while Grace was 2-1 for Cumberland (2-1), which is ranked in The Press Elite 11. The sisters also are teammates on the Colts’ basketball team.

“None of them ever give up,” said Land, who teaches at Bridgeton. “They all play hard. As far as what they do on the court, it’s very similar. A lot of coaches will say their games are very close in their levels, and that’s what makes it fun. They push each other.”

The sisters will also get to play together next season. Gabby hopes to beat out Bella for second singles next fall.

“I am very excited to have it this year and even next year become even better and up my stats and do it with them,” Grace said.

"They are even better kids than they are athletes, and that’s all you can ask for." Devon Land, Cumberland Regional coach

Freshman QB John Franchini leads No. 10 Mainland over No. 4 Hammonton

Must win: As a big-time basketball recruit, Atlantic City's Quanirah Montague is having the time of her life

Quanirah Montague stood on the sidelines and took a look around the Ohio Stadium on Saturday night.

BURLINGTON CITY — The Buena Regional High School football team left the field with a win and a purpose Saturday afternoon.

Game of the Week: Hammonton and Mainland meet a game which will impact SJ Group IV playoff race

See who is ranked in this week's Press Elite 11 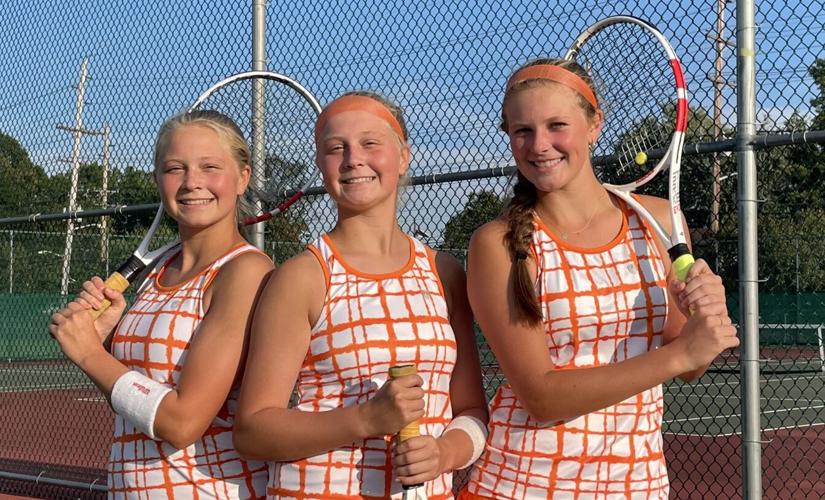 The Albert sisters, from left, Gabby, Bella and Grace Albert, are all playing singles for the Cumberland Regional High School tennis team this season. 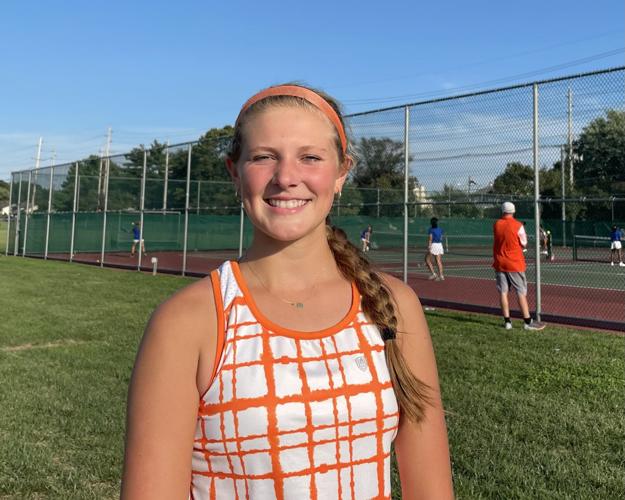 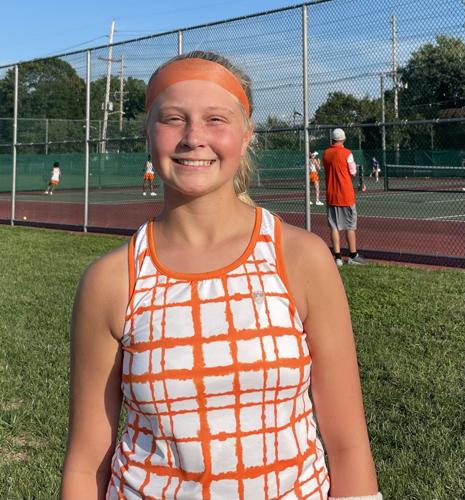 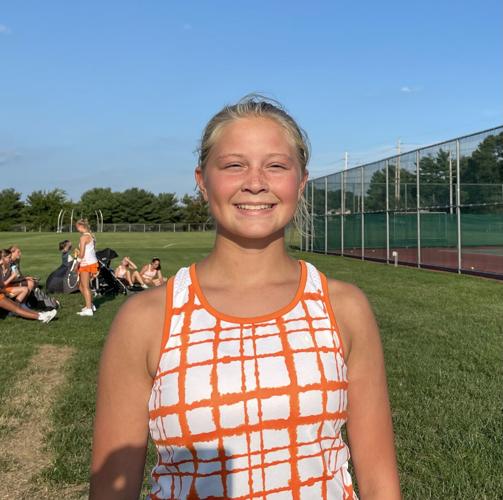