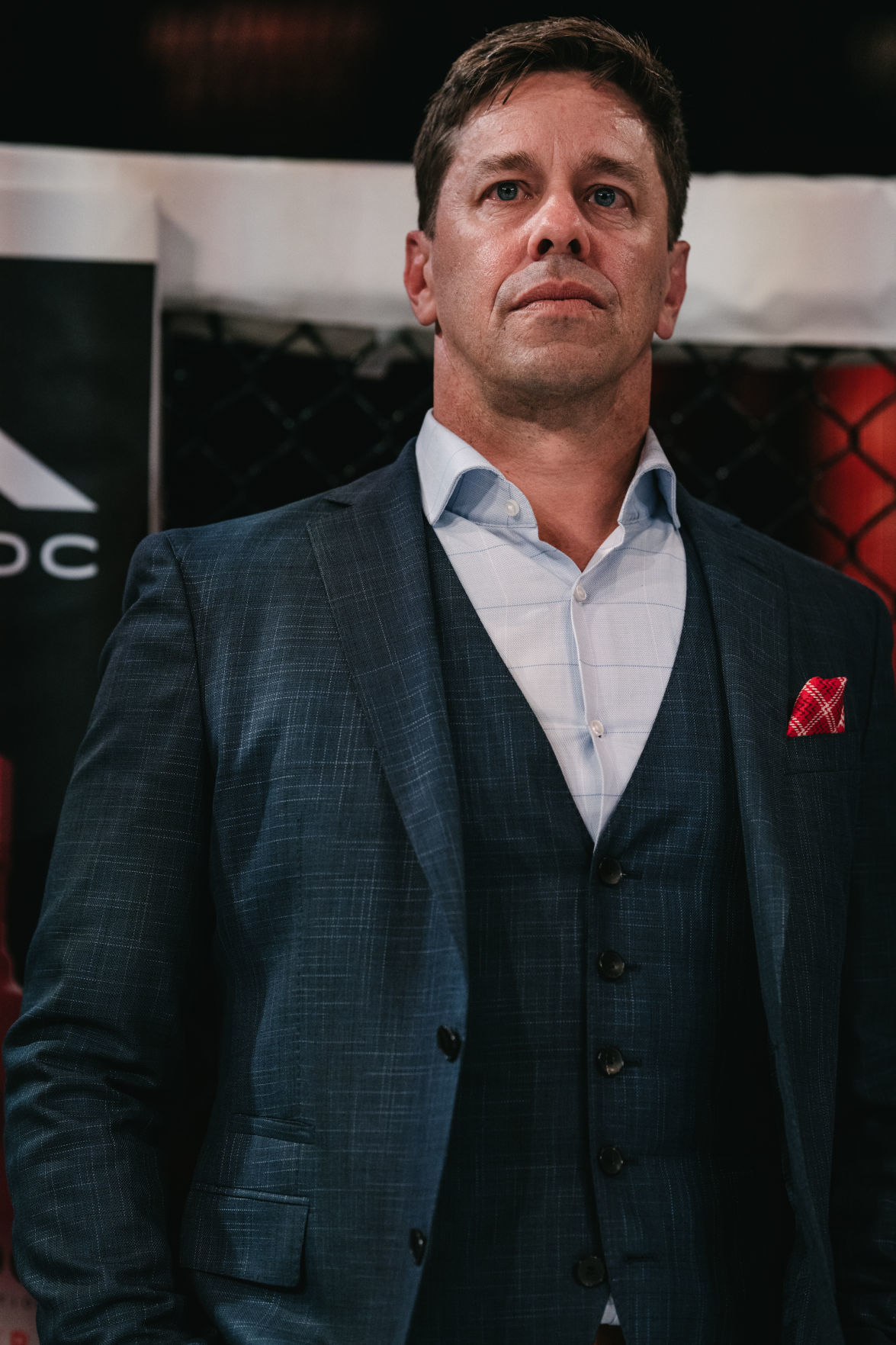 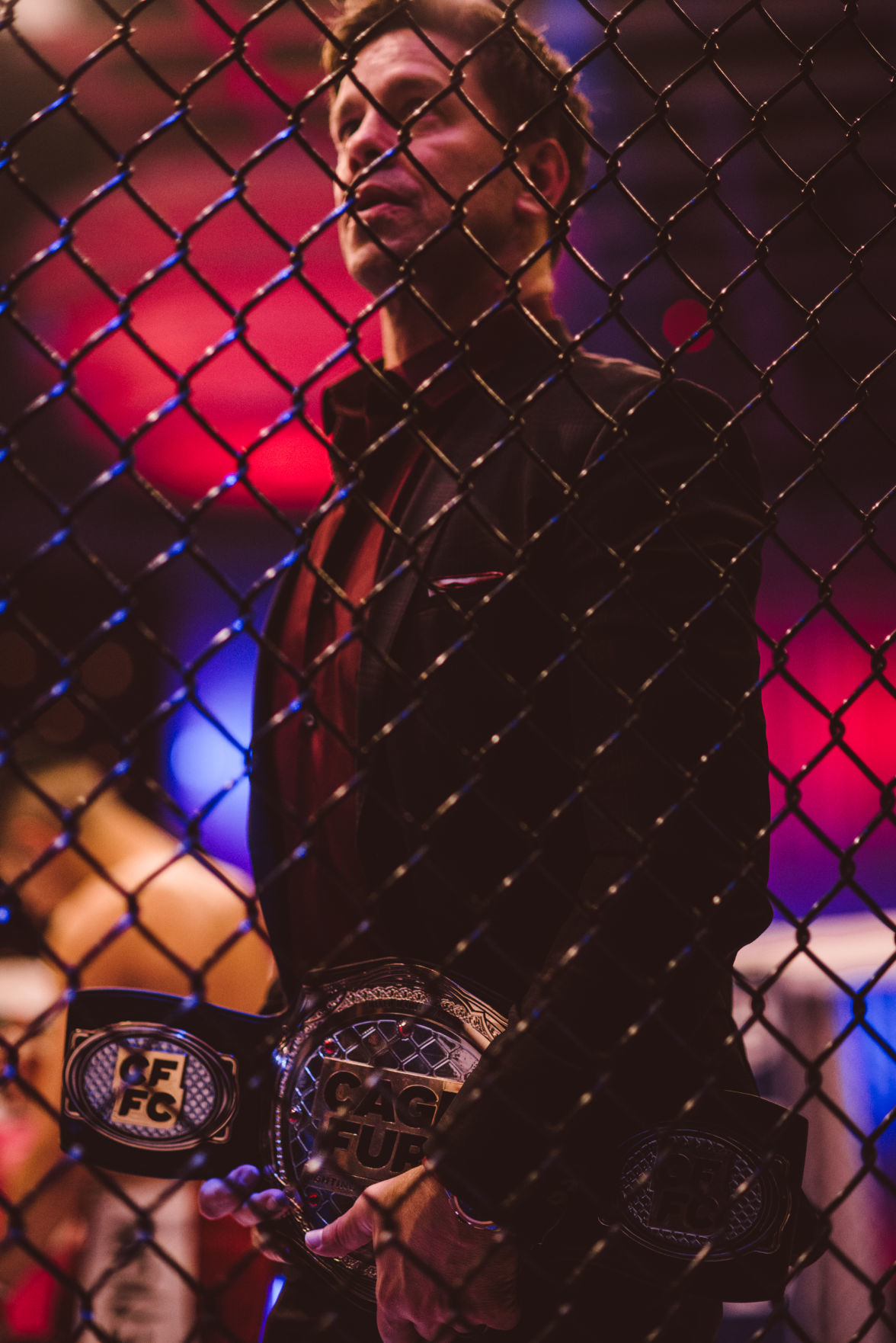 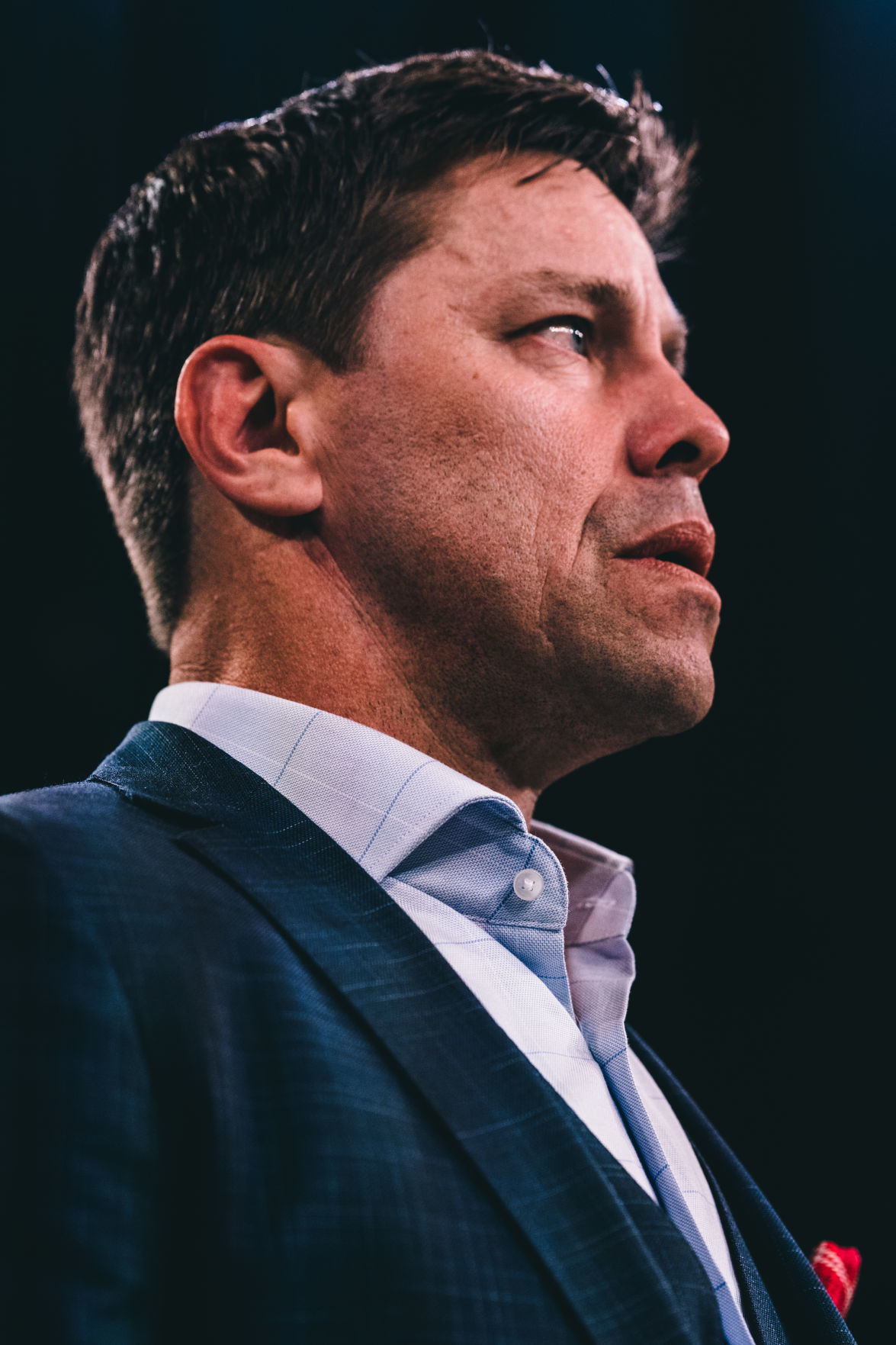 ATLANTIC CITY — Cage Fury Fighting Championships President Rob Haydak was driving through the swirling snow Tuesday morning, on his way to join CFFC partner Dave Sholler to deliver 150 turkeys to the Atlantic City Rescue Mission for Thanksgiving, when he remembered he was celebrating an anniversary this year.

“I realized that it has been 10 years since I started with Cage Fury,” Haydak said. “It’s been quite a journey.”

Haydak, 49, presided over CFFC 79 Saturday afternoon at Hard Rock Hotel & Casino Atlantic City. It was the organization’s eighth card this year and fourth in Atlantic City, which has become a hub for mixed martial arts in recent years.

CFFC has evolved into a regional MMA organization, staging cards in Philadelphia’s 2300 Arena and Parx Casino, and has even had two shows in California in the past three years. Next Sunday, Nov. 22, CFFC 80 will be held at Joint Base Langley-Eustis in Hampton, Virginia.

But Atlantic City is its home. Together with Ring of Combat and the Professional Fighters League, Vineland-based CFFC has helped MMA overtake boxing as the most popular combat sport on the Boardwalk.

By year’s end, the three organizations will have combined to stage 11 shows in town in 2019.

“Cage Fury, Ring of Combat and now the Professional Fighters League have become the staple (MMA) promotions for New Jersey,” said Deputy Attorney General Nick Lembo, who oversees MMA for the New Jersey State Athletic Control Board along with Commissioner Larry Hazzard. “For the past decade, Cage Fury and Ring of Combat have acted as springboards for fighters who are trying to get to the UFC.”

According to Haydak, a 1989 Vineland High School graduate, CFFC has had more than 50 of its fighters sign with the UFC, including Millville middleweight Tim Williams. Most recently, former CFFC welterweight champ Sean Brady, of Philadelphia, won his UFC debut last month.

“One of our goals is to make sure we do everything in our power to help our fighters get to the next level,” Haydak said.

CFFC was formed in 2006 by husband and wife Felix and Amy Martinez, of Vineland. The couple staged five cards over two years, capped by a fight featuring the late Kimbo Slice and former heavyweight boxing champion Ray Mercer on June 23, 2007.

A crowd of 7,286 — then the biggest to see an MMA event in Atlantic City — watched Slice register a first-round submission over Mercer in a pay-per-view event at Boardwalk Hall.

CFFC was idle until Haydak, who had been a wrestling teammate of Felix Martinez at Vineland High School, bought the company from his friend for $1 in 2010.

“I had always been a huge fan of MMA and wanted to get involved,” said Haydak, who wrestled at Vineland and Wagner University. “Being an athlete myself, I understand the psychology of athletes, the amoun t of work and dedication it takes to train, cut weight, etc. That’s why the first thing I wanted to do was make sure the athletes were treated right.”

It was the first of seven shows he staged that year, all at Resorts’ Superstar Theatre with the backing of the late Dennis Gomes, who was then co-owner of Resorts.

Gomes, who died a year later at 68, was one of the first Atlantic City executives to realize the potential of MMA.

“I really had no idea what I was doing back then, and Dennis was a tremendous help,” Haydak said. “I approached him about doing shows at Resorts, and he said, ‘Absolutely.’ He was a great mentor to me and a big supporter.”

In recent years, Haydak has relied on others for support.

Haydak, who was president of Alliance, was fired early last year but was able to maintain control of Cage Fury after reaching an out-of-court settlement with Alliance.

Since then, he’s focused on strengthening the organization’s reputation as a top regional promotion with the help of Sholler, longtime matchmaker Arias Garcia, Brad Boulton, Cory Levin and others.

Sholler, of Mays Landing, is the Philadelphia 76ers’ vice president of communications after an eight-year stint with the UFC. He became a partner in CFFC last year and helped the organization negotiate a deal with UFC Fight Pass.

“Rob has been a friend of mine for years, since I was with the UFC,” Sholler said. “When he approached me with the idea of becoming a partner, I immediately jumped on board.”

Saturday’s card was CFFC’s 73rd since Haydak bought the company. It was their fourth card at Hard Rock after a long, successful run at Borgata Hotel Casino & Spa.

He’s watched some of the sport’s rising stars engage in thrilling fights. But none has produced the level of excitement he experienced as Sacred Heart High School’s wrestling coach in 2008.

In March that year, he helped guide Sacred Heart’s Scott Kelley to the final of the state individual championships at Boardwalk Hall, where Kelley lost to three-time state champion Scott Winston of Jackson Memorial.

“I still get goosebumps talking about it,” Haydak said. “Just walking toward the mat with Scott and (assistant coach) Duke DiJoseph in Boardwalk Hall, knowing how hard Scott had worked to get to that point, it still ranks at the top for me.”

ATLANTIC CITY — A city restaurant is planning on giving an early Thanksgiving dinner to those in need.