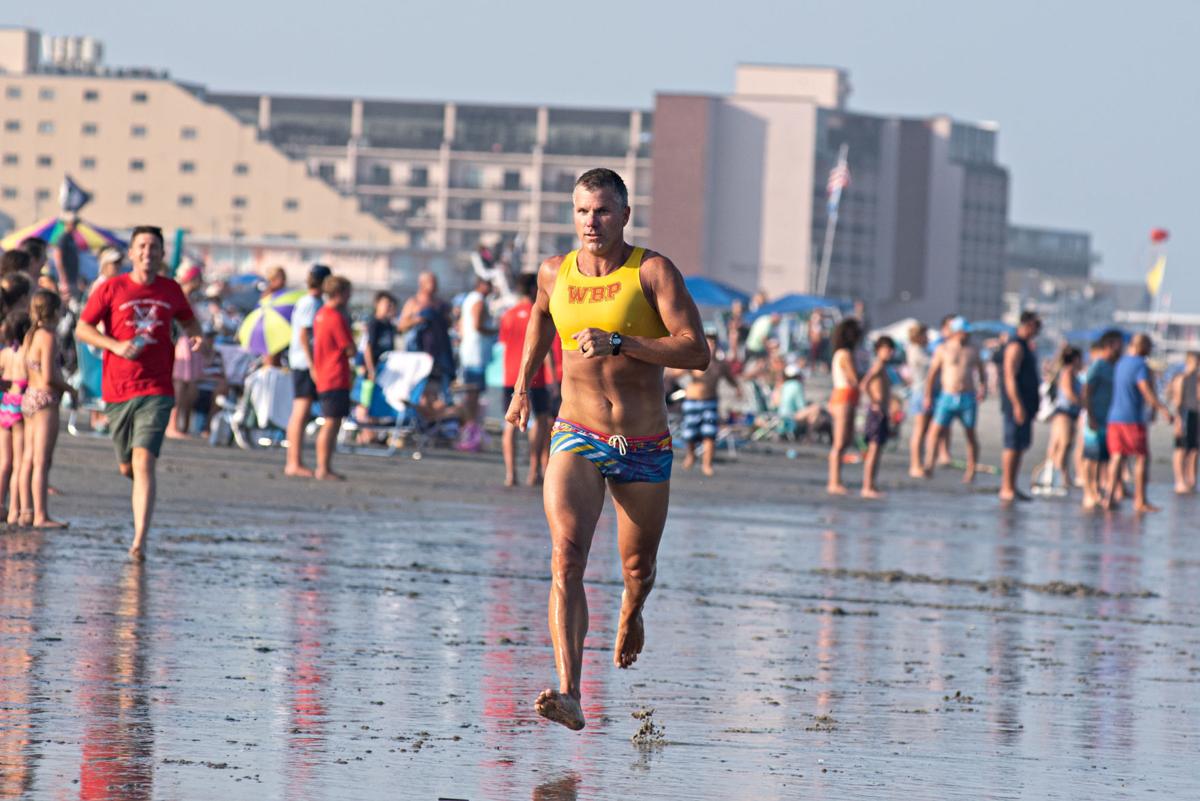 The Wildwood Beach Patrol's Pat Clemens races to the finish line to win the  paddleboard race at the Beschen-Callahan Memorial Lifeguard Races on Friday night in North Wildwood. A photo gallery from the event is attached to this story at PressofAC.com. 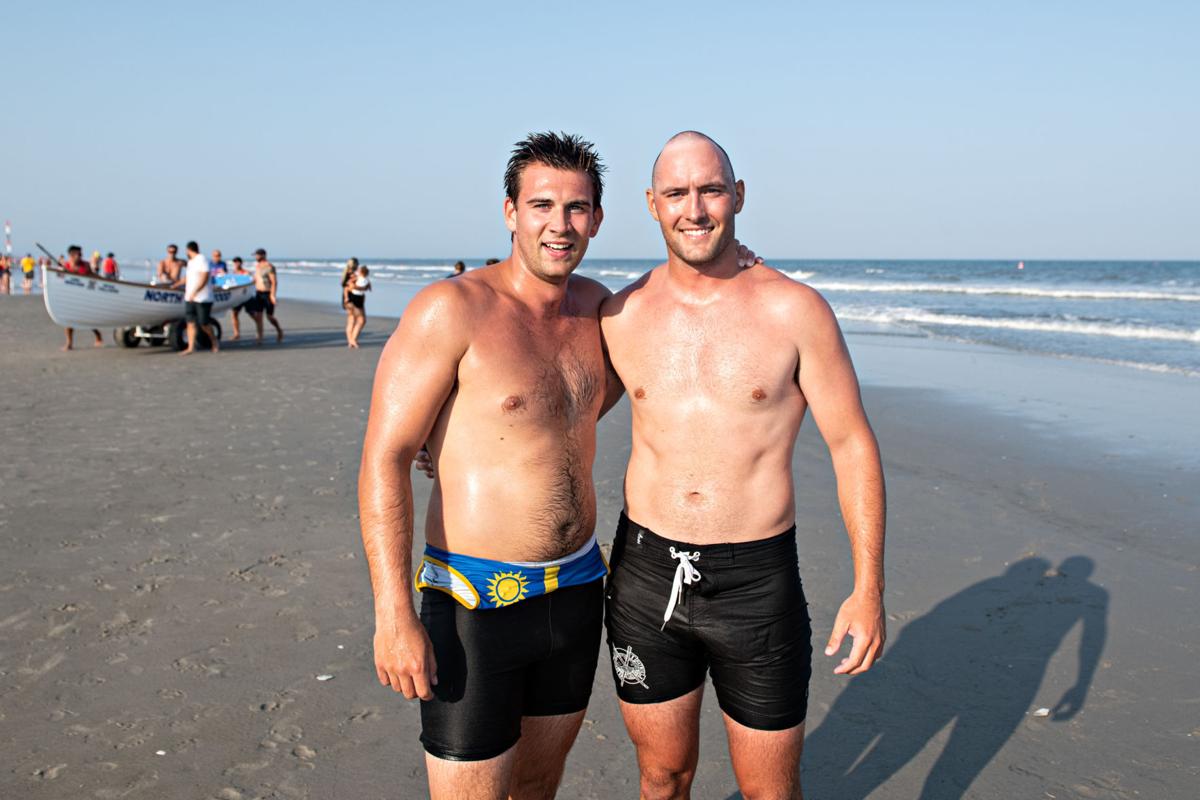 Darrick Kobierowski won the singles row and Brett Pedersen won the can run to give the Crest 10 more points and the team title at the 52nd edition of the Beschen-Callahan Memorial Lifeguard Races at the 15th Avenue beach.

Seven Cape May County beach patrols competed. Crest finished with 15 points overall. Wildwood was second with 12. Avalon finished third with 11. Scoring was 5-3-2-1 for the first four places in each of the six races.

“I knew going into the can run that I had to score points,” Pedersen said. “With everyone around me, I just wanted to go for the win.”

Wildwood Crest won five of the six races in 2019 to win the team title for the second time in a row. The races were not held last year due to the COVID-19 pandemic.

On Friday, Upper Township, Avalon, Wildwood and North Wildwood each won races. Other patrols that competed were Sea Isle City and Stone Harbor.

Crest also won the Cape May County Championships on July 9.

“It felt amazing,” Pedersen said. “Our patrol is off to a great summer. We just want to keep it rolling.”

The can run is a one-person surf dash in which the guards basically swim a freestyle event. It used to start with the guards jumping off a lifeguard stand, but that stopped a few years ago, Pedersen said.

“That was an extremely tough race,” Pedersen said. “I had the whole patrol behind me cheering. So, I just wanted to do it for them. Just wanted to stay ahead of them the whole time.”

Upper Township’s Ryan Fischer and Kyle Rumaker won the doubles row, the first race. The duo was neck-and-neck with Avalon’s Erich Wolf and Jack Glomb as they approached the shore, both catching the same wave at the end.

The Upper lifeguards had a rough warmup and almost broached coming in, Fischer said. But held the boat straight long enough to win.

“That’s all that matters,” Fischer said. “It was definitely a close race. It got dicey there at the end. It was a close race all the way out. The tide was just in our favor (Friday).”

“The ocean is different every race,” Rumaker said. “A lot of crews have are going to have a chance to go after it this year.”

Avalon rookie Dolan Grisbaum won the swim for the second time in his career. The recent graduate from Ocean City High School also won the event at the Cape May County Championships.

During his first race last week, the conditions were rough and he got off to a slow start. But there was a current going out Friday, and he said he was a little wide going around the second flag “But I managed,” said Grisbaum, The 2021 Press Boys Swimmer of the Year. “It feels good.”

The Boston University commit is looking ahead to the Dutch Hoffman Memorial Lifeguard Championships on July 30, saying he wants to take on Joey Tepper, an Egg Harbor Township graduate and a rising sophomore at the University of Tennessee. Tepper, like Grisbaum, is a standout swimmer in the area.

“It’ll be tough, but I think I can do it,” Grisbaum said.

Giandrea has been on the patrol for five years, but never made the team.

“It was awesome,” said Giandrea, who thanked North Wildwood Beach Patrol chief Tony Cavalier and captain Bill Ciavarelli. “Every day we come in and work out. It feels good to be here.”

The home beach was loud when Mark Strange, who ran the final leg, crossed the finish line.

“I was able to get a lucky wave at the end there,” Clemens said. “I was able to pull ahead on my knees the whole time. I feel good.”

The Wildwood Beach Patrol's Pat Clemens races to the finish line to win the  paddleboard race at the Beschen-Callahan Memorial Lifeguard Races on Friday night in North Wildwood. A photo gallery from the event is attached to this story at PressofAC.com.