Flyers coach Alain Vigneault said Hayes was skating with his teammates Monday at the team complex in Voorhees when he “felt something in his groin.” Hayes had surgery and could miss roughly the first 10 games of the season.

The Flyers are set to open training camp this week, the preseason starts next week, and Philadelphia plays the season opener Oct. 15 at home against Vancouver.

Hayes scored 12 goals and had 31 points in 55 games last season in his second year with the Flyers.

“He said in one of the texts he sent me, ‘AV, we got this early, I’d love to still be around the team during training camp and be able to go through the meetings,’” Vigneault said. “I’m all for that. I told him I wouldn’t expect anything less from him. I want him around the team.”

Without Hayes, the Flyers could turn to 22-year-old Morgan Frost to take his spot and strengthen the team in the middle.

“Morgan’s going to get an opportunity to play with a couple of veteran players,” Vigneault said. “I think for the first portion of camp, which is those five practices and then we have those exhibition games, we’re going to keep the lines as they are.”

Hayes also had surgery in May to fix a sports hernia. The Flyers need him healthy if they are going to make a push and return to the playoffs this season.

“I’m not going to address the past very often, but we’re sort of back to normal,” Vigneault said.

The Flyers also said defenseman Sam Morin will miss six to eight weeks as he recovers from right knee surgery and forward Wade Allison is out indefinitely with a right ankle sprain.

The 29-year-old Hayes has 127 goals and 174 assists for 301 points in 505 games with three teams over seven seasons. Hayes and his family were rocked in August when his older brother, Jimmy Hayes, who won a national hockey championship at Boston College and played seven seasons in the NHL, died at 31.

PHILADELPHIA — Keith Yandle’s hands were soaked in blood, teeth in his fist, some choppers even littered on the ice as he skated off to the lo…

ELMONT, N.Y. — The same night the Philadelphia Flyers' Keith Yandle broke the NHL record for most consecutive games played, his team broke the…

Claude Giroux may be playing the final few months of his epic Philadelphia Flyers career.

Flyers center Kevin Hayes had abdominal surgery Tuesday and is expected to miss six to eight weeks. Flyers coach Alain Vigneault said Hayes was skating with his teammates at the team complex in Voorhees when he “felt something in his groin.” He had surgery and could miss roughly the first 10 games of the season. 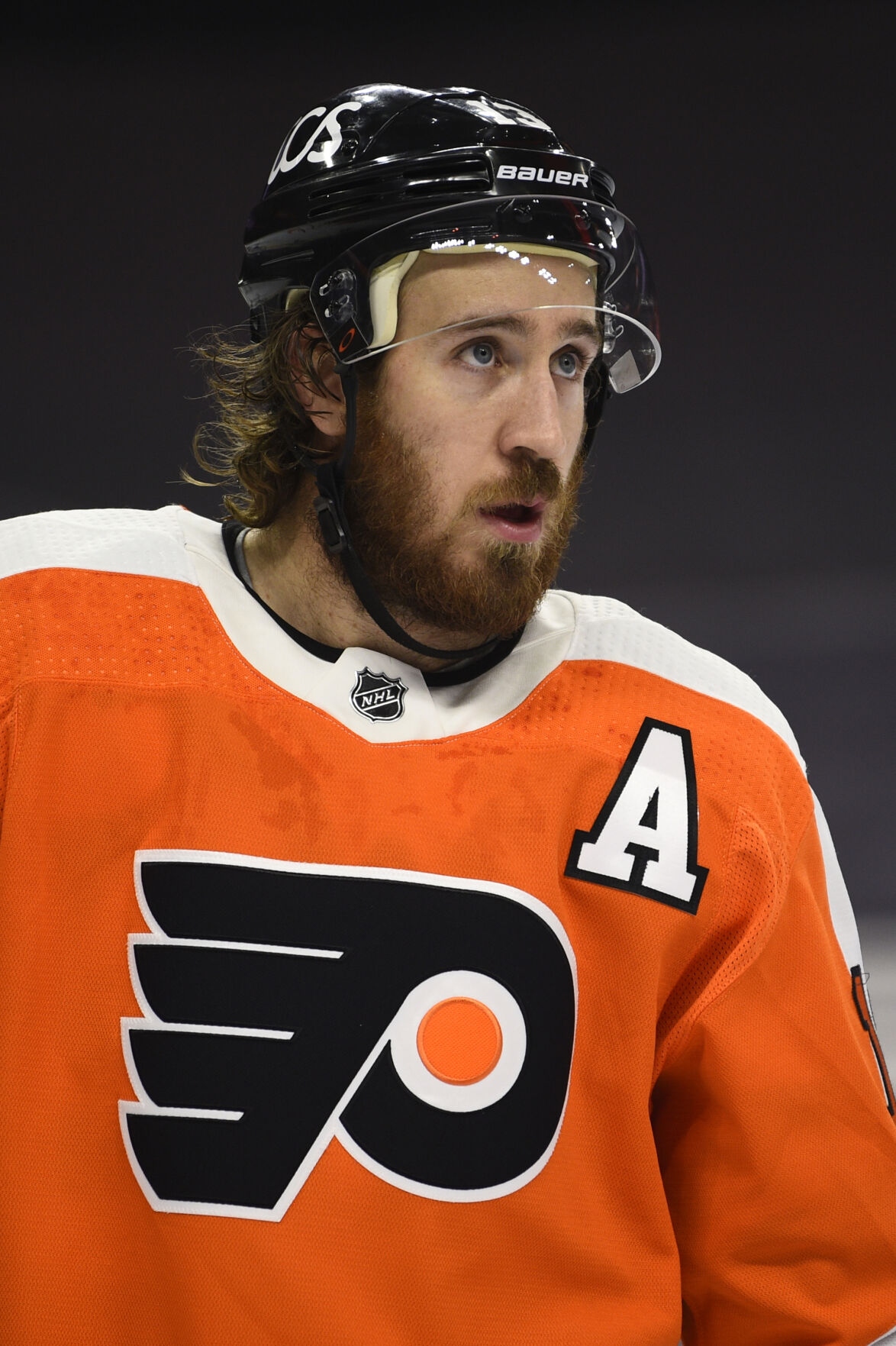