Wildwood senior Seamus Fynes is living the 'wonderful life': My Life
0 comments
Share this
{{featured_button_text}}
1 of 2 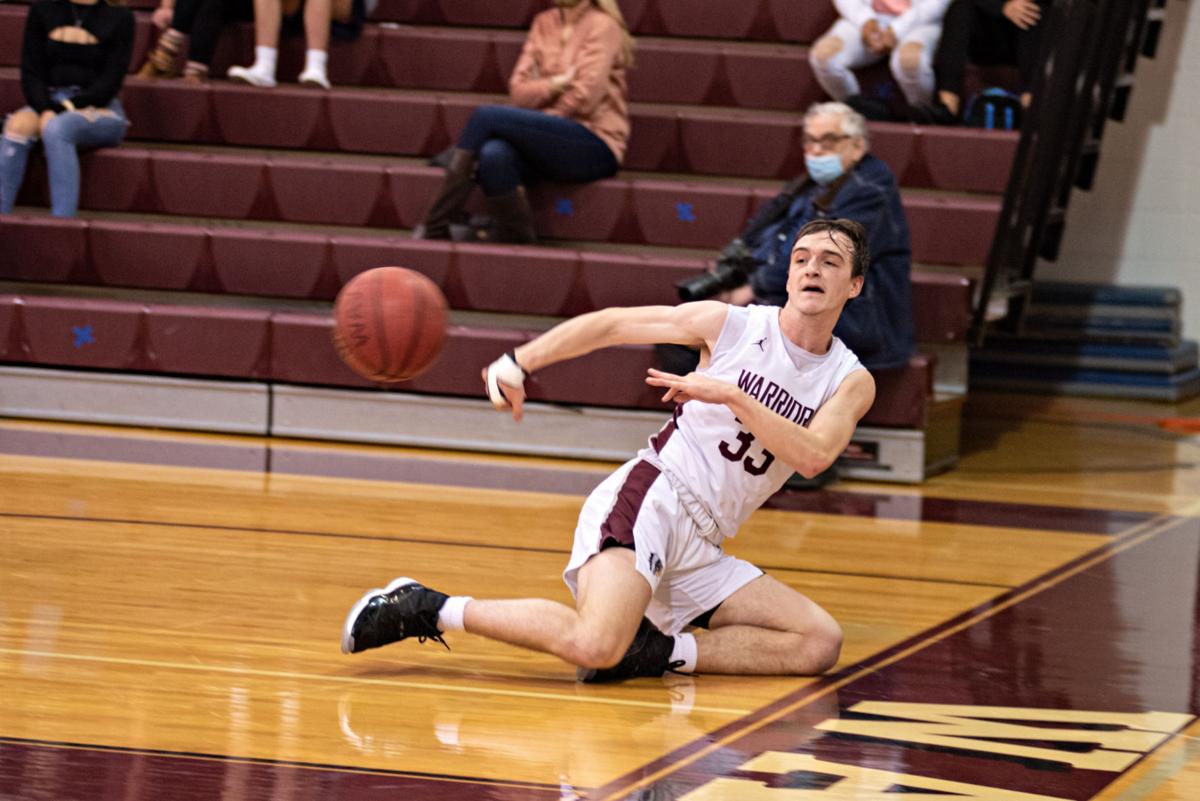 On Feb. 23 2021, at the Wildwood High School, the Warriors host Gloucester Catholic boys basketball. WHS #33 Seamus Fynes skids on the boards, saving the ball from going out of bounds. 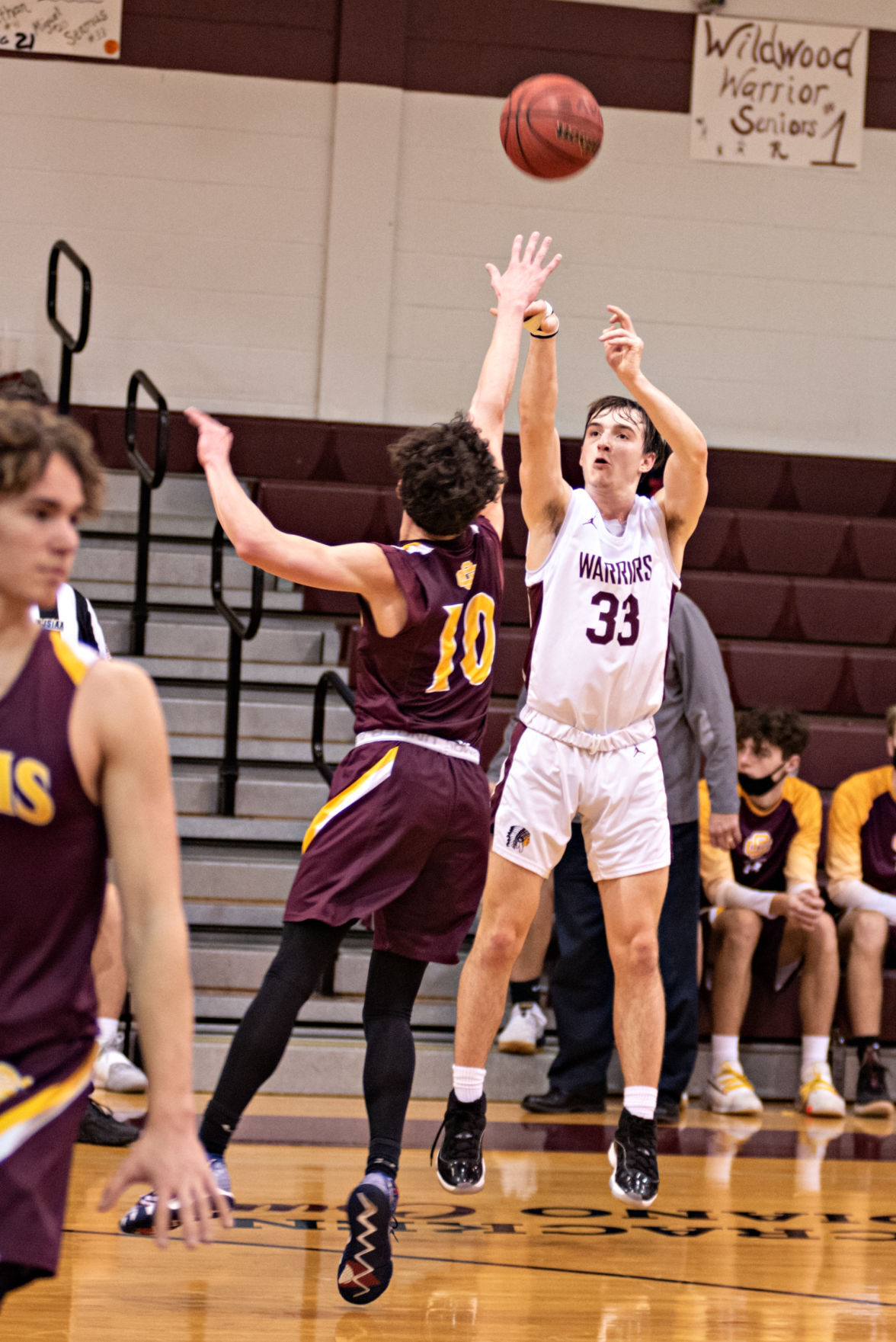 The Warriors’ Seamus Fynes shoots a 3-pointer over Gloucester Catholic defender Ryan Rooney during their Tri-County Conference game Tuesday night in Wildwood. Fynes scored a game-high 21. Video highlights and a photo gallery from the game are attached to this story at PressofAC.com.

The Wildwood High School senior is averaging 15.6 points, 6.5 rebounds and 3.8 assists for a Warriors boys basketball team that has won 10 straight. Wildwood (10-1) is the Tri-County Conference Classic Division champion. The second-seeded Warriors will host No. 7 seed Highland Regional in the first round of the Tri-County Conference Tournament A Bracket at 5:30 p.m. Monday. Wildwood is a Group I school with one of the state’s smallest public high school enrollments.

“I’m just happy we got to have any type of games or any type of season,” Fynes said. “Now, I’m happy we can have this playoff tournament format. I’m happy we can compete with some Group III and Group IV schools. I feel at Wildwood we never really get that respect. If we beat some of these bigger schools, we’ll finally start getting some respect.”

The basketball court isn’t the only place where the 6-foot-2 swing man performs. He played the lead role of George Bailey in Wildwood’s holiday production of “It’s A Wonderful Life.”

“It was a great honor to play a role like George Bailey,” Fynes said. “The role brought a lot of challenges with it, but in the end it was well worth it.”

Fynes, 18, grew up in Haverford, Pennsylvania, about a half hour west of Philadelphia. His family moved to North Wildwood when he was in the fourth grade. He lives with his mother, Debbi, and his father, George. He has an older brother, Steven, who is 27.

Fynes, who boasts a 3.7 grade point average, will continue his basketball career at Washington College, a Division III school in Chestertown, Maryland.

In a telephone interview Wednesday night, Fynes discussed several topics, including who his favorite superhero is.

On his relationship with his older brother

He’s been my best friend my entire life. I’ve just looked up to him. He’s like my superhero. When I was young, I was always at his games. He’s always been my idol.

On attending Wildwood, one of the state’s smallest public high schools

It’s almost like a private school with how small it is. The connection the teachers have with the students is great. You can’t really get that anywhere else.

On how he got involved in the school plays

I was never involved in any production or acting my entire life. My freshman year my English teacher (Teal-Rebecca Robinson) was asking for stage crew members. I was like, "Yea, I’ll do stage crew." I went to one practice, and she needed someone to do a little part with just two lines. That turned into another part and then a kid dropped out, and I had a main part in the play as a freshmen. It was pretty crazy. I just started to love it.

The first thing I did was go on Amazon and order the disc. I just watched the movie and I analyzed how the actor played the role. It’s kind of like how I do it with basketball. I just studied how to do it.

On his college and career plans

I’m majoring in cyber security, because I would like to become an FBI agent or get into homeland security. I was just always really interested in law enforcement. I love superheroes. FBI agents are the closest thing you can get to superheroes.

On his favorite superhero

Who is your favorite athlete and why?

I would say Larry Bird or Allen Iverson. My dad was obsessed with Larry Bird. I wear No. 33 right now because of Larry Bird.

Favorite food to order when out to eat

What show did you binge watch during the pandemic?

Favorite ride on the Wildwood Boardwalk

The Wildwood High School boys basketball team is making the most of March.

On Feb. 23 2021, at the Wildwood High School, the Warriors host Gloucester Catholic boys basketball. WHS #33 Seamus Fynes skids on the boards, saving the ball from going out of bounds.

The Warriors’ Seamus Fynes shoots a 3-pointer over Gloucester Catholic defender Ryan Rooney during their Tri-County Conference game Tuesday night in Wildwood. Fynes scored a game-high 21. Video highlights and a photo gallery from the game are attached to this story at PressofAC.com. 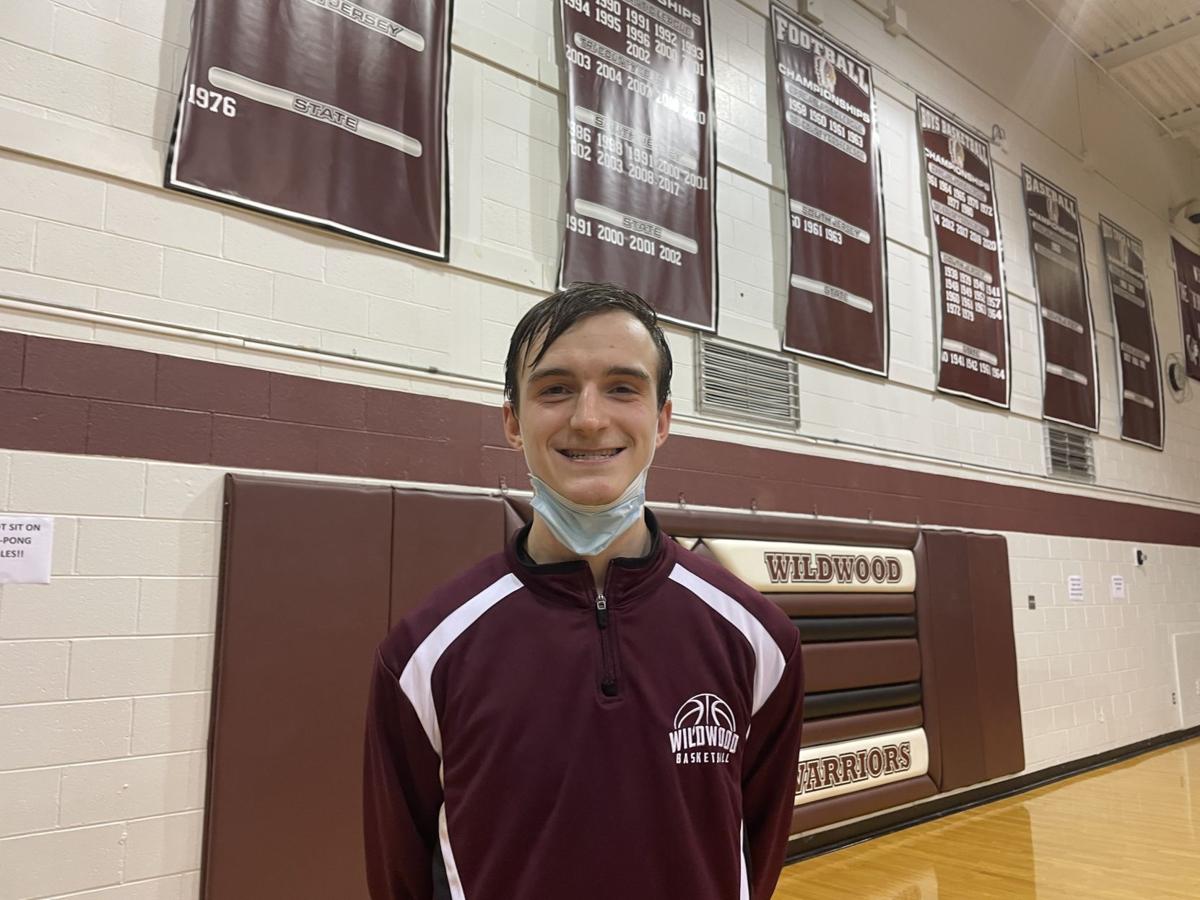