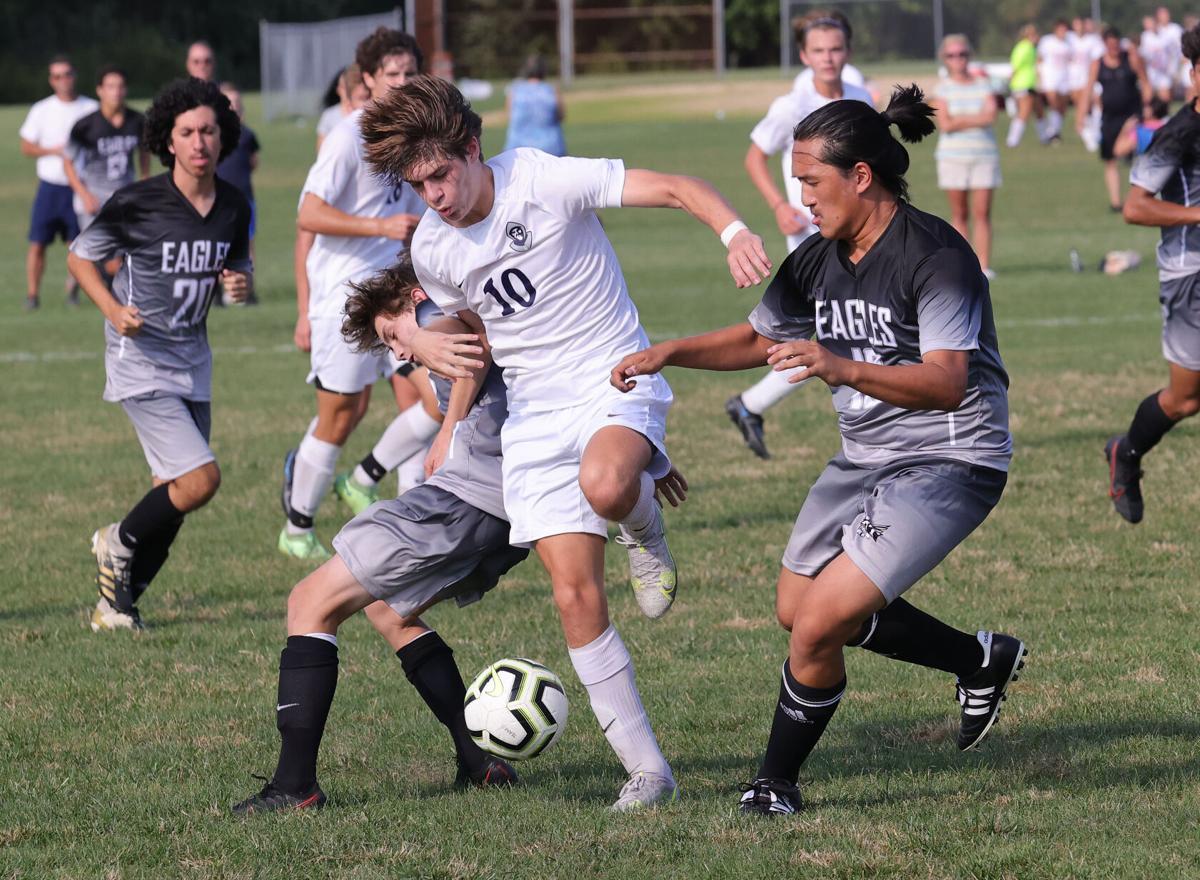 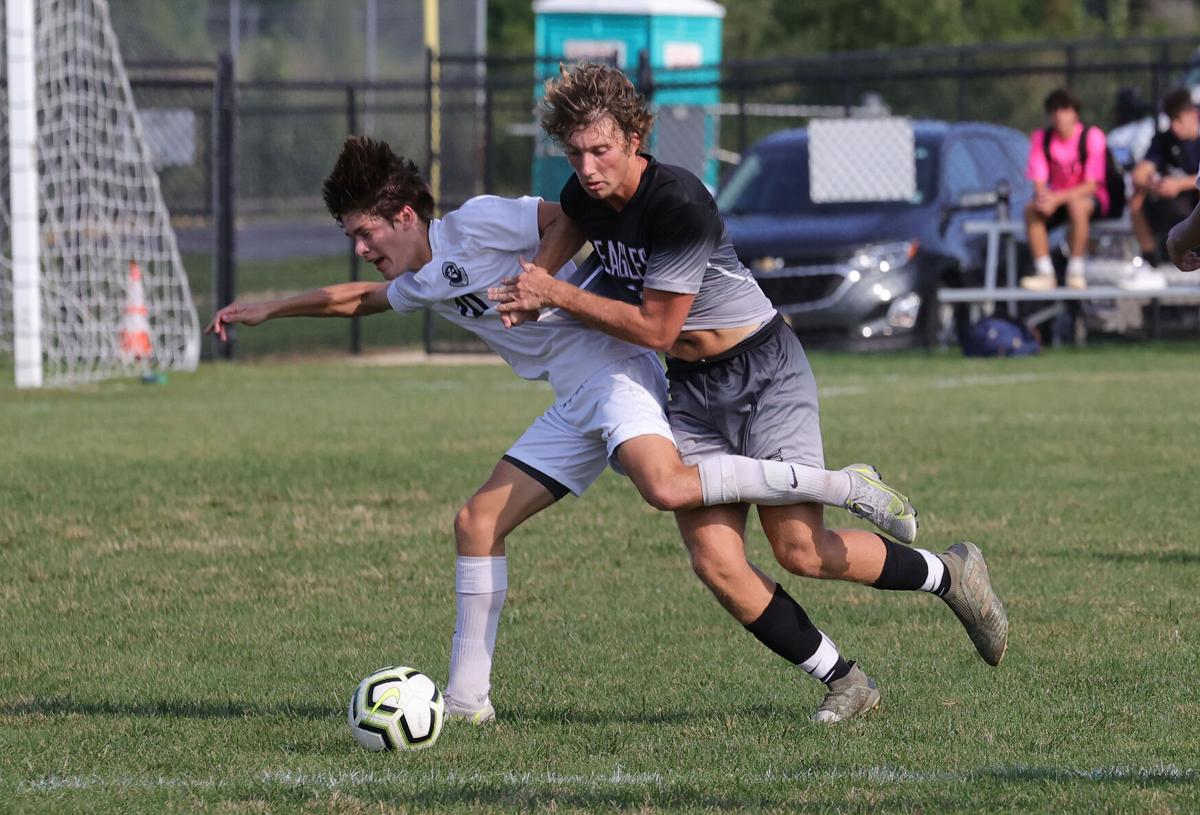 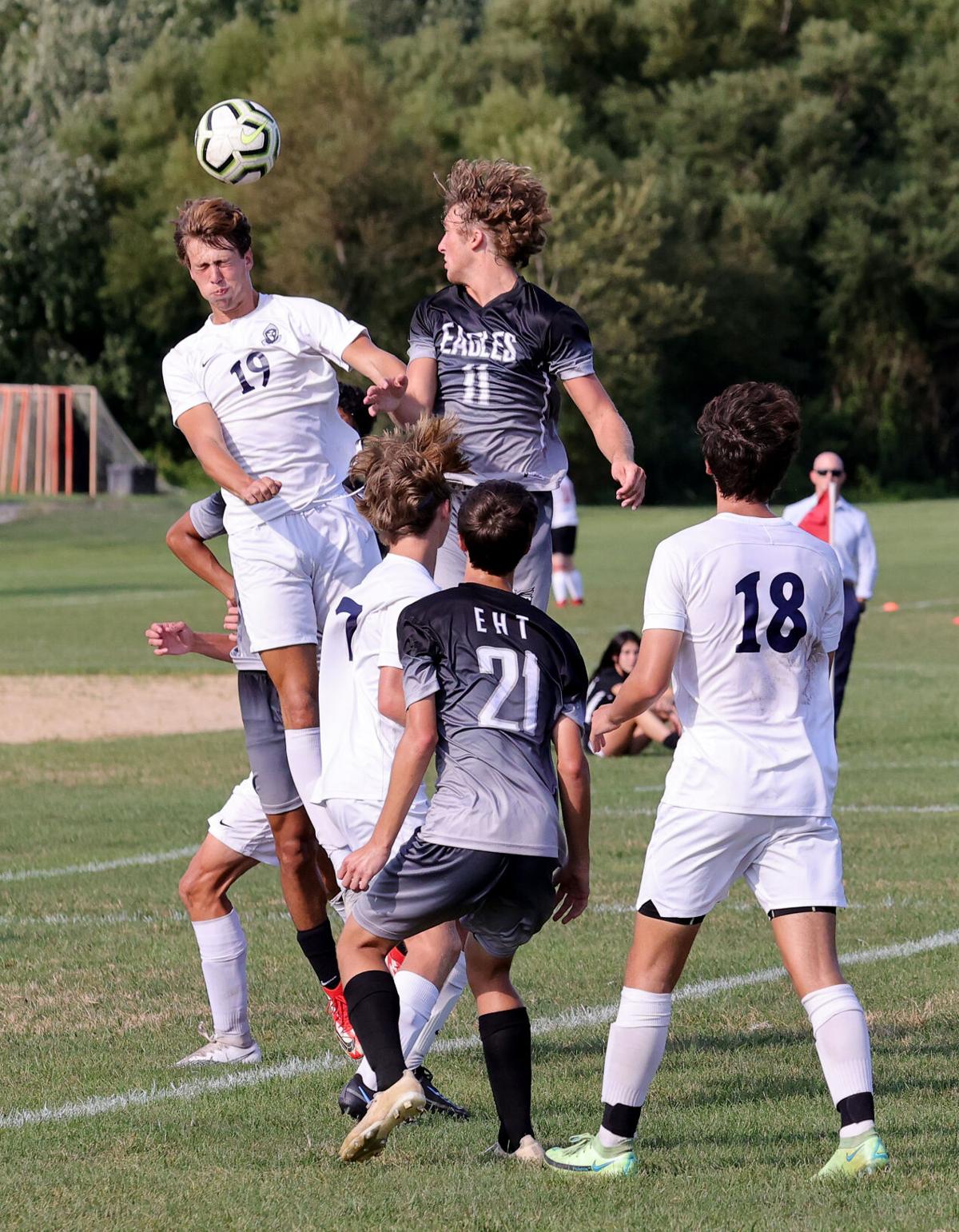 EGG HARBOR TOWNSHIP — It turned out to be a classic battle between the St. Augustine Prep and Egg Harbor Township High School soccer teams, two of the best programs in the Cape-Atlantic League.

The teams have developed a rivalry over the years, usually resulting in intense and exciting games. And Wednesday was no different.

Sawyer Widecrantz scored in the 43rd minute to lead St. Augustine to a 2-1 victory over EHT in a CAL interdivision game. The Hermits improved to 2-1. The Eagles fell to 2-2.

It was physical and competitive until the last minute.

“They are a really good squad,” Widecrantz said. “Really good props to them for playing some good ball. We are just about as opposite as it gets. We knock the ball around. They like to play fast.

Widecrantz is from Egg Harbor Township. The 16-year-old junior forward and defender knows almost every player on the Eagles, having gone to middle school in the township.

Widecrantz’s goal put his team up 2-0. He saw the ball bounce around, hitting off a few EHT defenders, adjusted to where he had to be and kicked it toward the net.

“It has always been something I’ve wanted to do, personally,” Widecrantz said. “Just to get better in my head (and) know that I can do it.”

In the 49th minute, Donny Sullivan scored off a corner kick from Joey Martin to make it 2-1. The Eagles were much more aggressive in the second half, and generated a bunch of scoring opportunities, hitting the crossbar and sailing shots just over the net or slightly to the left or right.

“I was proud of our boys for not giving up and playing a full 80 minutes,” EHT coach Pete Lambert said. “We had our chances. I thought the second half we played much better. I thought we were dangerous with the attack.

“If we could put together two halves like our second half, I think we would be a pretty tough team to beat. But like I said to the boys, it hurts. It’s a local rivalry, you know a lot of the boys. It hurts to lose any game, but the effort was there and we need to build on it.”

EHT is a young team, having graduated a lot of star players. The Eagles have some good returners, but some players never had varsity experience. The Hermits went 15-1-1 in 2020 with a very young team, and returned most of their starters. The Eagles still held their ground.

EHT lost to Hammonton on Monday.

“I’m super proud. How we bounced back and how we responded (Wednesday) was super positive,” Lambert said. “If we continue on that track, kids get more minutes, because we are young. ... Once we figure that out, who knows where we can go. It’s something to build on.

“Even though it’s a loss, and it hurts, I think we will be better for it. I look forward to seeing what we can do,” Lambert added.

For the Hermits’ first goal, Shane Clancy scored off a free kick from Ethan Torpey in the sixth minute, giving St. Augustine an early lead. The score remained 1-0 at halftime.

The Hermits and the Eagles each generated some nice scoring opportunities, including some corner and free kicks. Both teams played solid defense, getting takeaways and making crucial blocks.

“EHT has a lot of heart, and we know every time we play them it’s a final for them and they are coming for us 100%,” St. Augustine coach Jake Heaton said. “Our guys matched that. I was happy with our guys’ determination and ability to fight back.”

The game was originally scheduled to be played at St. Augustine’s turf field, but it was moved to the grass field at EHT. The conditions weren’t great because his team is used to turf, Heaton said.

“Unfortunately, this was a day we weren’t going to be able to play St. Augustine Prep soccer,” Heaton added. “But credit to EHT. They dug in and battled hard. My guys battled hard. We were lucky to come out of it (Wednesday).

“I’m really happy with my guys’ heart and fight.”

St. Augustine lost 3-0 to Delran on Saturday. Widecrantz called that loss “a turning point for us,” and that motivation was seen Wednesday.

View a gallery of photos from the St. Augustine Prep vs. Egg Harbor Township boys soccer game, plus video highlights at PressofAC.com.

Are the Green Bay Packers pretenders? 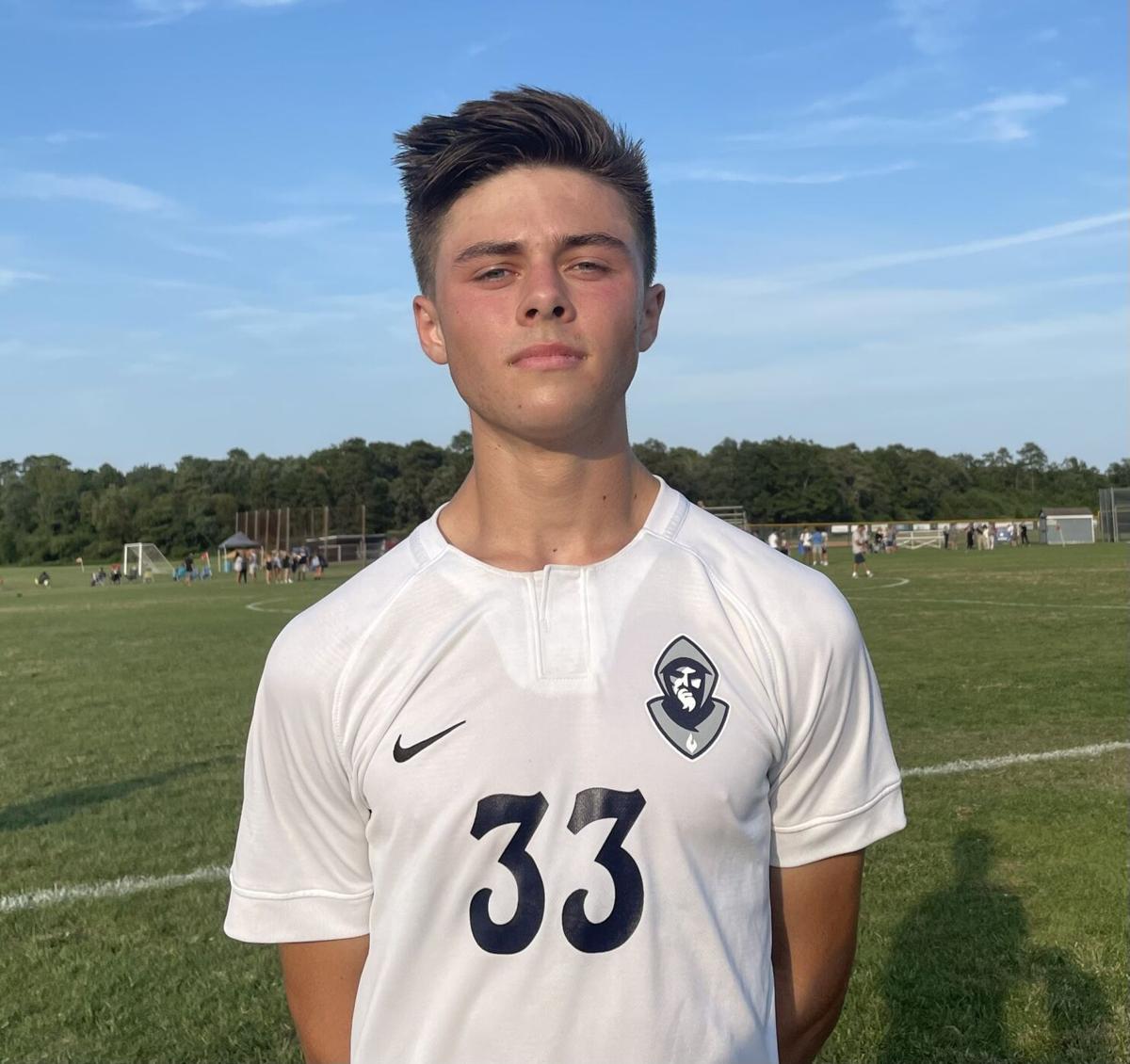