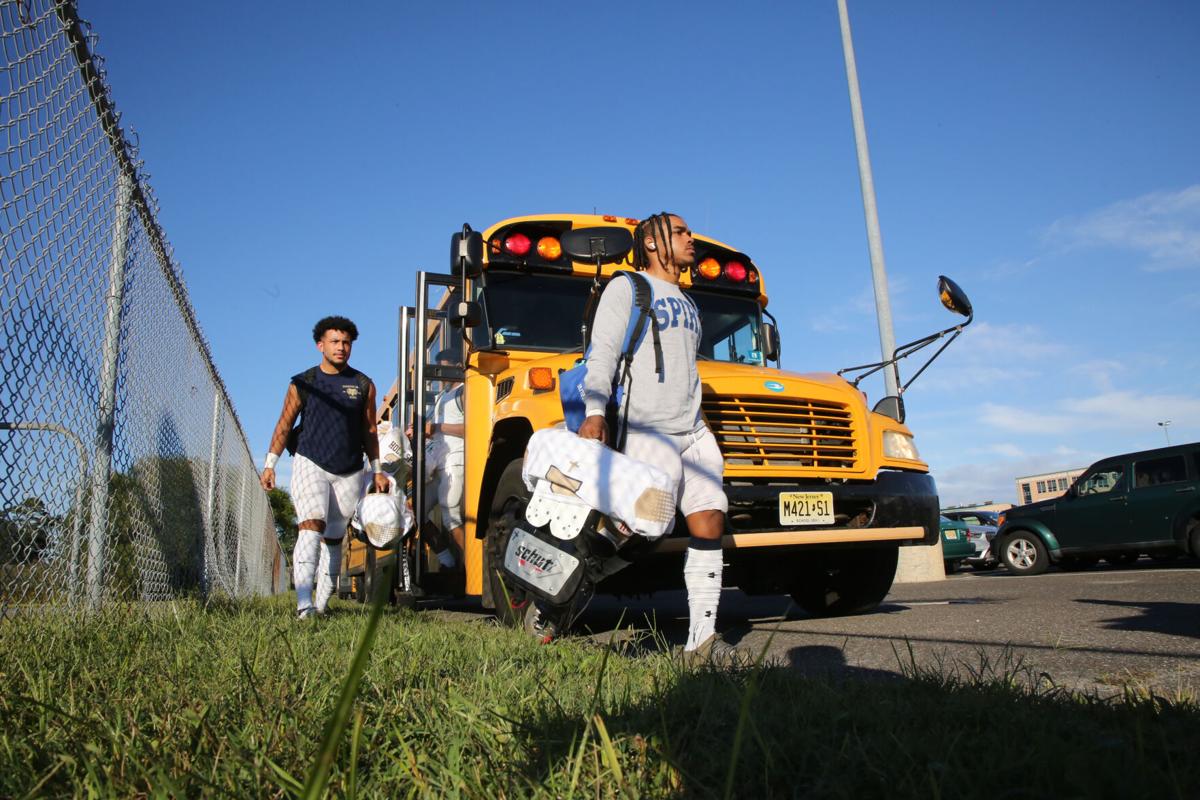 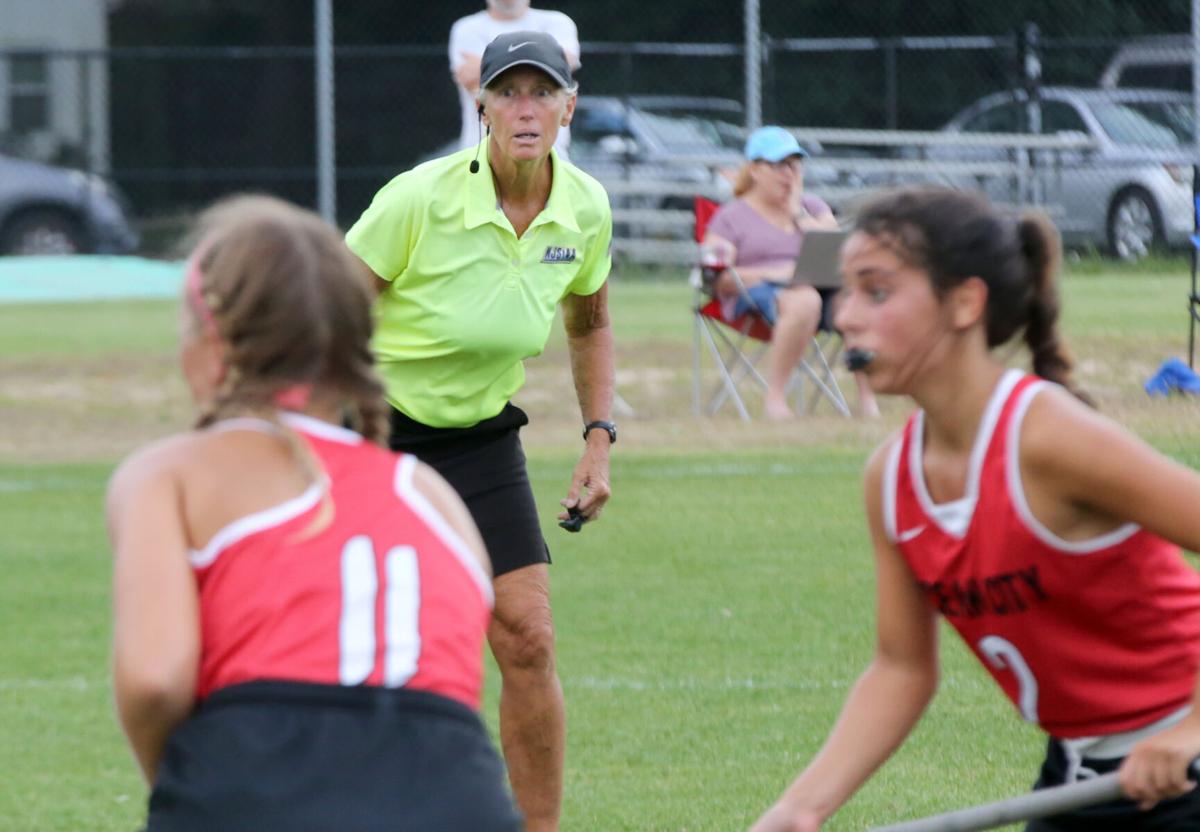 Gaile Rockey officiates a field hockey game between Ocean City and Mainland Regional high schools on Wednesday in Linwood. Rockey recently was assigned a game that was canceled because a team could not get the transportation.

Transportation issues, a shortage of high school officials and a pending vaccination mandate has high school sports nearing a crisis that could see seasons shortened and games canceled or rescheduled (especially for junior varsity squads).

Athletic directors and state officials across New Jersey are scrambling to find the answers.

A state mandate requires adults who work in schools or are in close contact with students, such as teachers, coaches and bus drivers, to be fully vaccinated by Oct. 18. Those who are not vaccinated will be tested at least twice per week. The soon-to-be requirement could make the transportation issue even worse.

“You might have bus drivers that say, ‘I’m not going to get tested twice per week.’ You are starting to see that now, but I think there is going to be an increase in issues,” Gatley said. “And potential increase with officials at the same token.”

Goal for Flyers' Oskar Lindblom: 'Get back to where I was' before cancer

With the lack of bus drivers, and the potential for the situation to get worse after Oct. 18, there is a serious concern more games will have to be canceled. Add to that the normal weather-related cancellations, and rescheduling games may not be possible.

“Ironically enough, I think busing might be a bigger issue than the officials right now because we can’t get anywhere if people can’t get to us,” Rementer said.

Ocean City has only one bus for away games, which is driven by Patrick Callahan. If the Red Raiders need more, they lease them. Callahan knows there is a shortage and that has affected others, but not so much him. The only difference this year is the part-time driver is asked to do more, sometimes on days he asks for off.

“It’s difficult because they (other schools) can’t get drivers to cover all the sports, but for me it’s no issue because I work every day,” Callahan said.

Officials have already seen the impact of these issues, including Gaile Rockey, who is in her seventh year officiating field hockey and girls lacrosse. Rockey recently was assigned a game that was canceled because a team could not get the transportation.

Most referees in the state are older and retiring, athletic directors and state high school sports officials say. The need for younger individuals has been an issue for the past couple of years, but with COVID-19 concerns and official treatment from coaches and parents, most do not want to deal with it, which scares new faces away.

The effects have been seen in all sports, but boys and girls soccer, and field hockey, have been most affected.

Junior varsity soccer games are normally played simultaneously with varsity, but this season, JV games consist of two 20-minute halves and are played right after varsity. Field hockey has always done that, but this season the lack of officials is still difficult.

As games start to pick up in October, that’s when “the impact may be felt more,” Rockey said.

Absegami girls soccer coach Elizabeth Lee said the other coaches in the state were warned at the preseason meeting about the lack of officials.

Most conferences in the state have had to play on different days to accommodate the drastic shortage. Some referees are officiating five to six games per week as opposed to three or four, New Jersey State Interscholastic Athletic Association Assistant Director Derryk Sellers said. Some are turning down games because of the number they are being asked to do, which can cause cancellations or postponements if other officials are not found on time.

About 30 or more soccer officials are missing this season, Rementer said.

“I don’t know exactly other than they keep telling us it’s COVID and vaccine related,” Lee said about the lack of officials. “I don’t know if people are having to quarantine. Maybe that has something to do with it, or maybe they aren’t comfortable doing games. They haven’t given us a direct reason.”

Sellers wants other local college students to get involved.

“There has to be a huge push from our office, from athletic directors, from coaches to get more younger people involved in officiating,” Sellers said. “We are about to have a huge amount of officials retire or they are not going to be able to do it anymore. We need younger people to take over. We have to fulfill some of these openings we have now. It will take a concerted effort from the top all the way to the bottom. It will take all of us. The whole state.”

Last year, there were already concerns about lower numbers for football officials, and this year it is even worse after the Atlantic Chapter of New Jersey State Football Officials Association folded this season. More football games are being scheduled on Thursdays, including a recent game between Mainland and Hammonton.

Rockey said she and many officials are doing all they can to make sure the games are played.

“I know as officials we are willing to go anywhere and take as many games as we can,” Rockey said.

Jordan Mailata, Jason Kelce and offensive line reasons to be optimistic about Eagles

Some officials quit because of mistreatment from coaches and parents in the past. Sellers said he had one official quit this month because of abuse.

“It’s not easy,” said Sellers, who is also the director of boys and girls soccer for the NJSIAA. “It’s becoming more and more difficult to deal with just by the way they are spoken to and being treated like they are the enemy when they are just trying to help the people.”

But even Gatley understands this issue spreads across all sports.

“You’ve got an older clientele, you’ve got COVID knocking at the door, you’ve got screaming parents and sometimes out-of-control coaches, and there is no more camaraderie,” said Gatley, who noted the in the past referees would go out after a game and be more social and enjoy the job, unlike now. “So where is the enjoyment? It’s just a bad combination right now.”

Gatley has talked to many officials in the state who have retired, and mistreatment is one main thing that stands out about why they left. And with the pandemic, a lot of people may not feel comfortable, most in the state agree.

Last year, the fall season was shortened and traditional playoffs were canceled due to COVID-19 concerns. This season, sports like soccer, field hockey and football across the state are more “normal.” There are still many obstacles, but at least the athletes are playing.

“I’ll stay there all night long so the kids have the experience,” Rementer said. “I don’t care. I think for the most part the fact the kids are playing, I’ll juggle anything just because they are able to play. That’s better than last year. So, I’ll take it.”

Eagles' Jordan Mailata gets contract worth up to $80 million; what does that mean for Andre Dillard's future?

The Philadelphia Eagles signed left tackle Jordan Mailata to a 4-year contact Saturday, most likely ensuring that he will be the starter not o…

Gaile Rockey officiates a field hockey game between Ocean City and Mainland Regional high schools on Wednesday in Linwood. Rockey recently was assigned a game that was canceled because a team could not get the transportation. 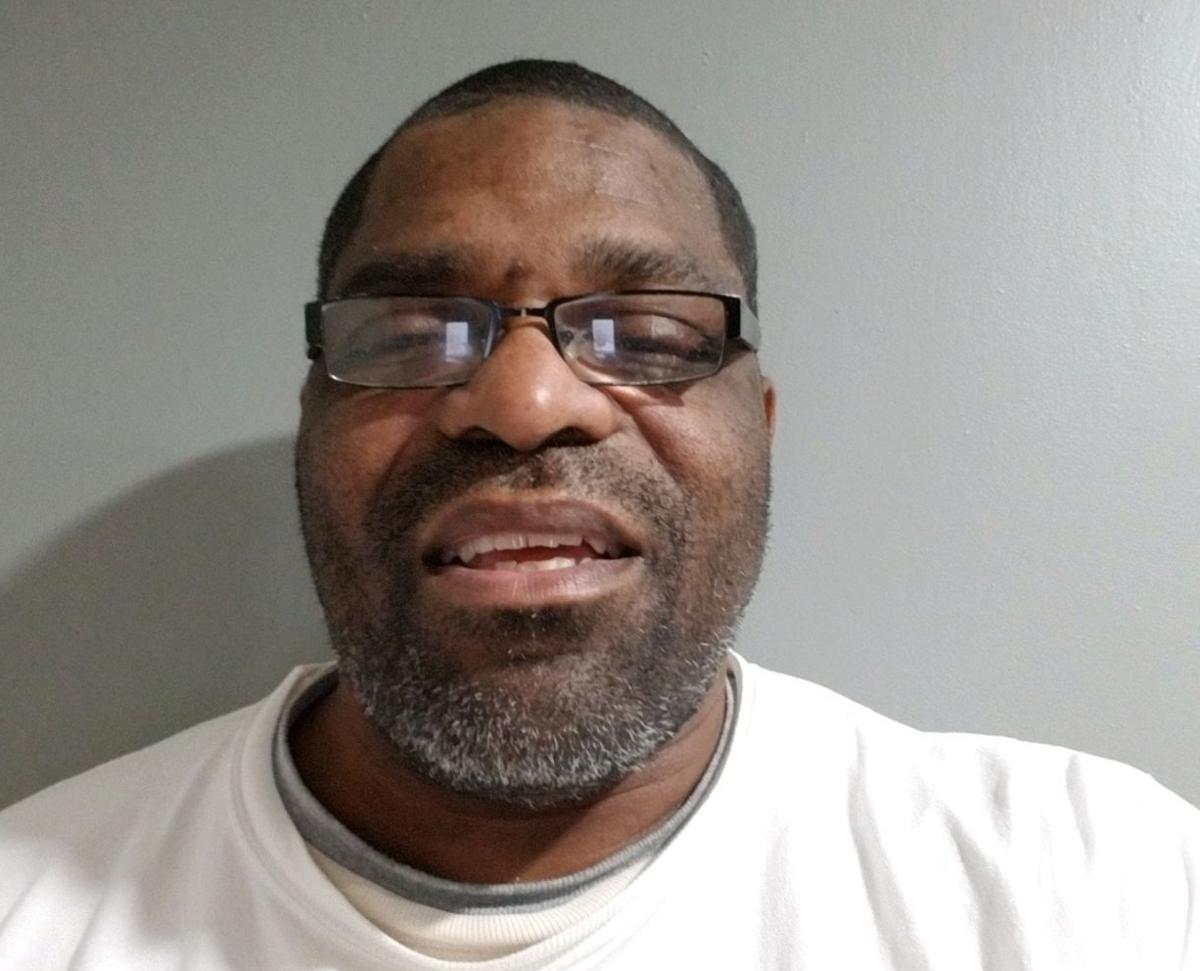