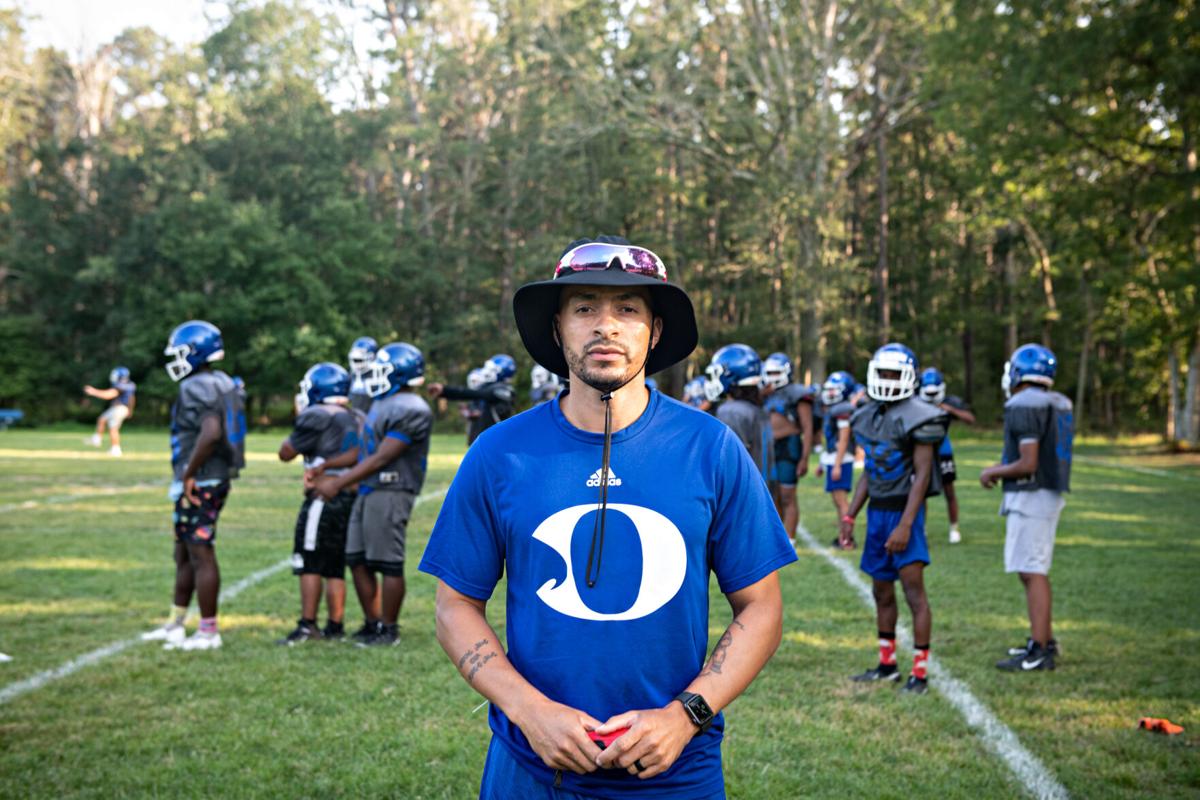 Oakcrest High School football coach Mike Forest says he is trying “to change the direction of the program.” Before taking the head coaching job at Oakcrest he was an assistant at Cedar Creek. 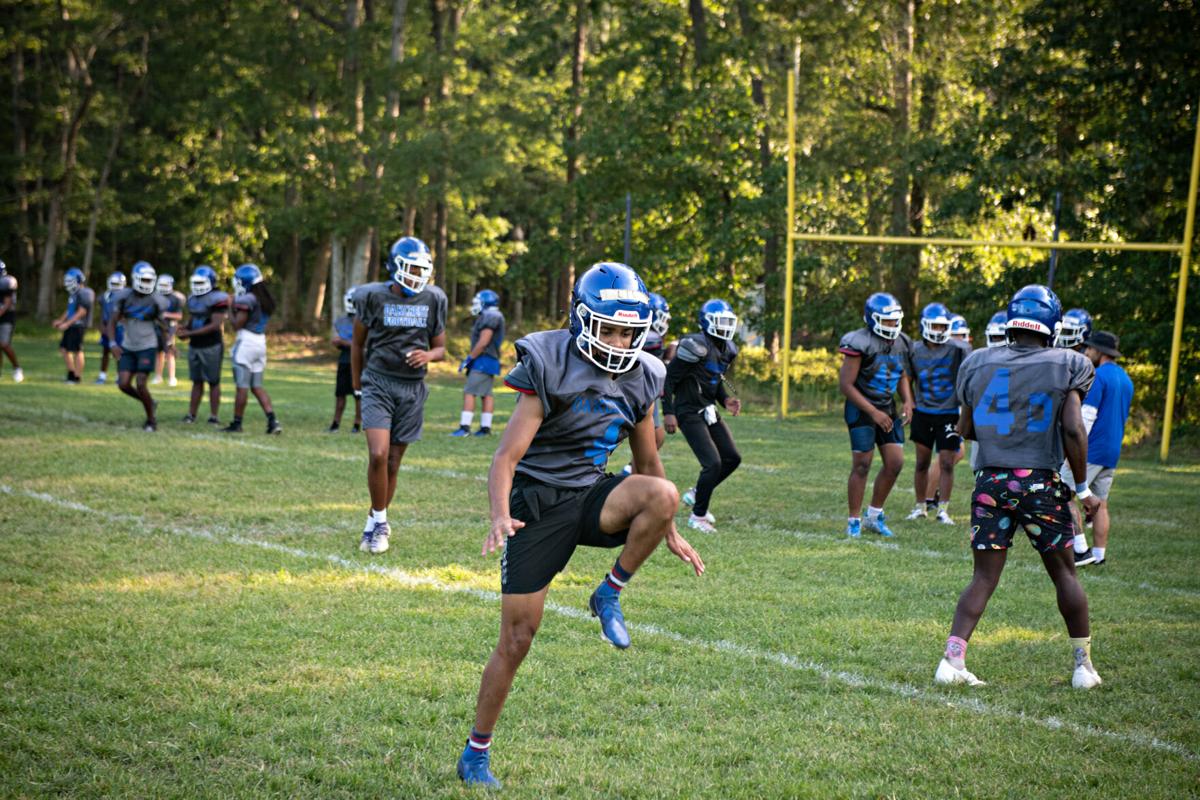 The Oakcrest High School football warms up during a practice last month.

The first-year coach wants to reroute it.

“When you put (your destination) in a GPS and you’re going in a certain direction, you might have to reroute because there’s a whole bunch of things in your way,” Forest said. “What we’re doing is rerouting, changing the direction of the program. The program was going one way and now we’re changing direction. We’re trying to go in a positive way, positive vibes.”

So far, Oakcrest appears to be on the right road. The Falcons are 2-0 for the first time since they began 4-0 in 2016. Oakcrest hosts Egg Harbor Township (0-2) in a West Jersey Football League Independence Division game 6 p.m. Friday. The Falcons were 0-7 last season.

The Falcons’ quick start has created a buzz around the school as students began classes this week.

“The kids are excited. People in the building are excited,” Forest said. “The morale is changing. The school is really counting us because when your football team is doing well, the school does better. I know it feels good for the kids being able to walk around with their heads high.”

Forest, a 1999 Oakcrest graduate, starred at wide receiver for the Falcons. He is a familiar figure in the Oakcrest community and on the school’s Wall of Fame.

At Wednesday’s practice, Forest wore a blue shirt with an O on the front and “reroute” written on the back. He made sure the Falcons moved quickly from session to session.

“He treats us like family,” Bullock said of Forest. “He tells us he loves us every day. He keeps us going and helps us stay focused in school and sports. He just brings energy.”

Forest understands what the Oakcrest players go through every day because he was once one of them. He sometimes tells his players what he achieved as a Falcon.

“It gives us a vision of what we should do,” Bullock said.

Oakcrest opened two weeks ago with a 29-2 win over Pleasantville, followed by a 34-0 win over Buena Regional last Friday.

Bullock has thrown for five touchdowns and run for two scores this season. Asad Hunt has rushed for 117 yards, and Aldrich Doe has caught seven passes for 155 yards and two TDs.

A 2-0 start builds plenty of confidence, but Forest isn’t letting the Falcons get caught up in their early success.

“We just want to keep it up,” he said. “We haven’t arrived. We’re not some super team now. We’re just focused on us right now. We don’t care what people are saying from the outside. We’re just trying to be as positive as possible.”

Game of the week

“We’ve been talking trash every day,” Aaron said with a laugh about his pre-game discussions with Xavier.

High school football game day features stats, standings and a look at all of this weekend's games. B4

Hot Or Not: Justin Fields will be next rookie QB to get first career win?

Basketball has taken LaMarr Greer around the world.

Mainland vs. Ocean City rivalry goes back to 1990s football games: Must Win

GALLOWAY TOWNSHIP — It started out as a drizzle.

Riley Gunnels isn’t awed by much on the football field.

Oakcrest High School football coach Mike Forest says he is trying “to change the direction of the program.” Before taking the head coaching job at Oakcrest he was an assistant at Cedar Creek.

The Oakcrest High School football warms up during a practice last month.