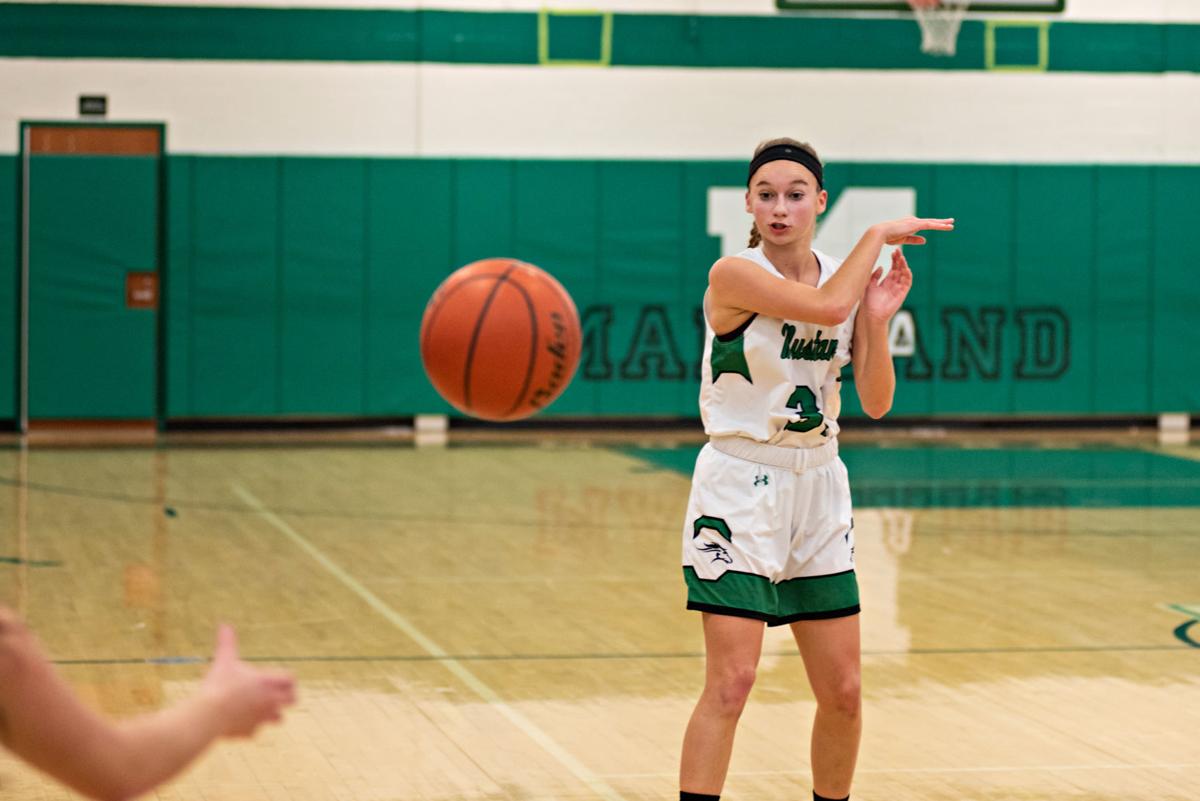 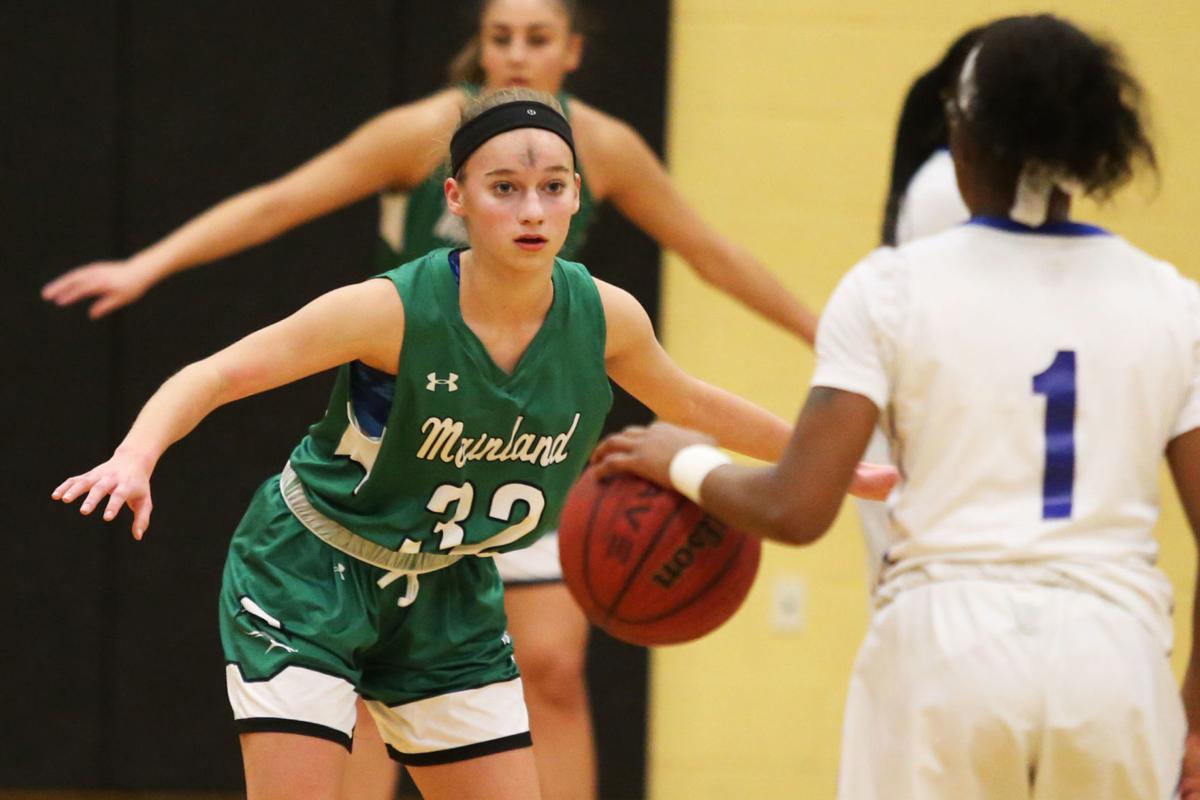 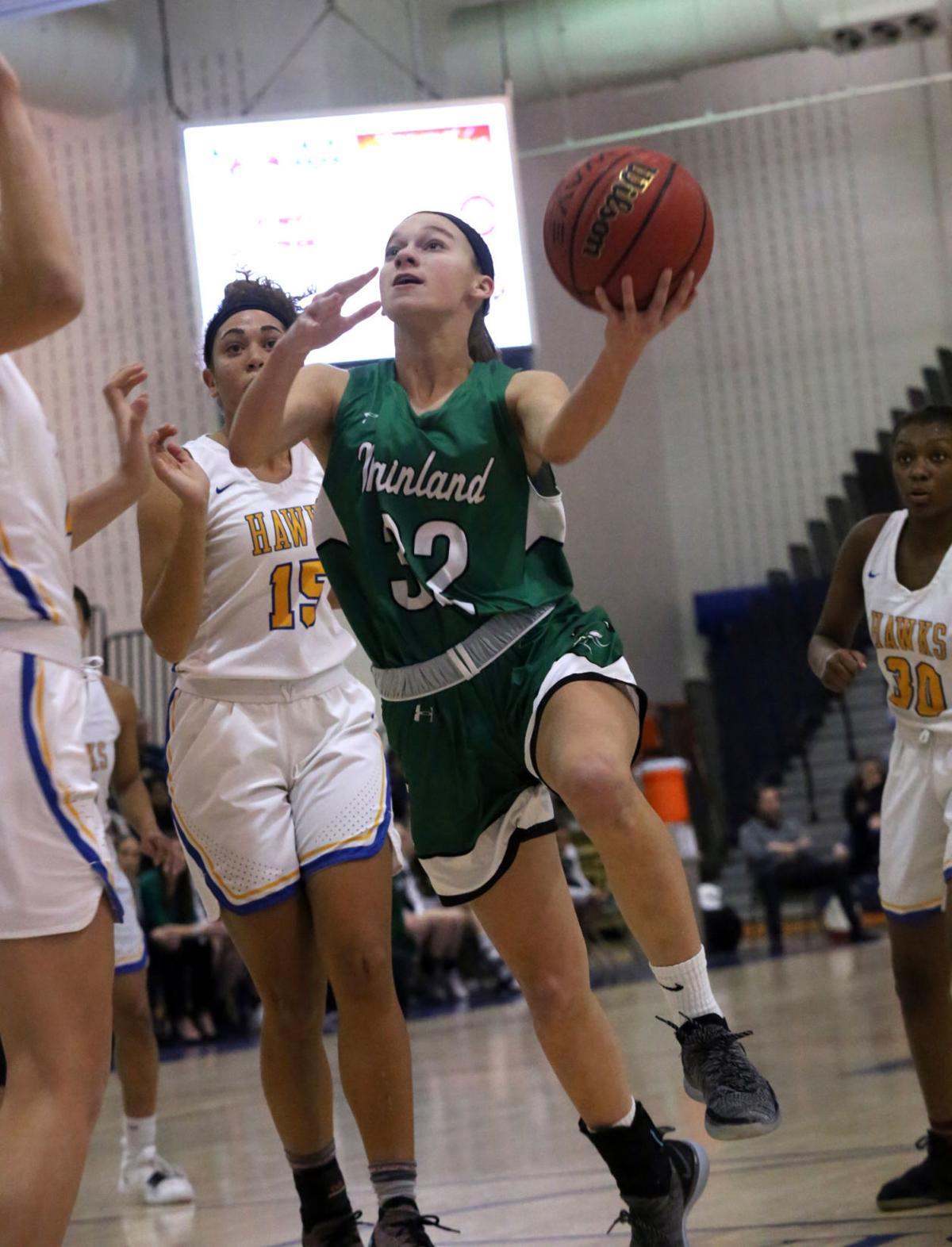 Mainland’s Camryn Dirkes goes to the basket against Manchester Township in the first quarter. of a Tournament of Champions game at RWJBarnabas Health Arena in Toms River. 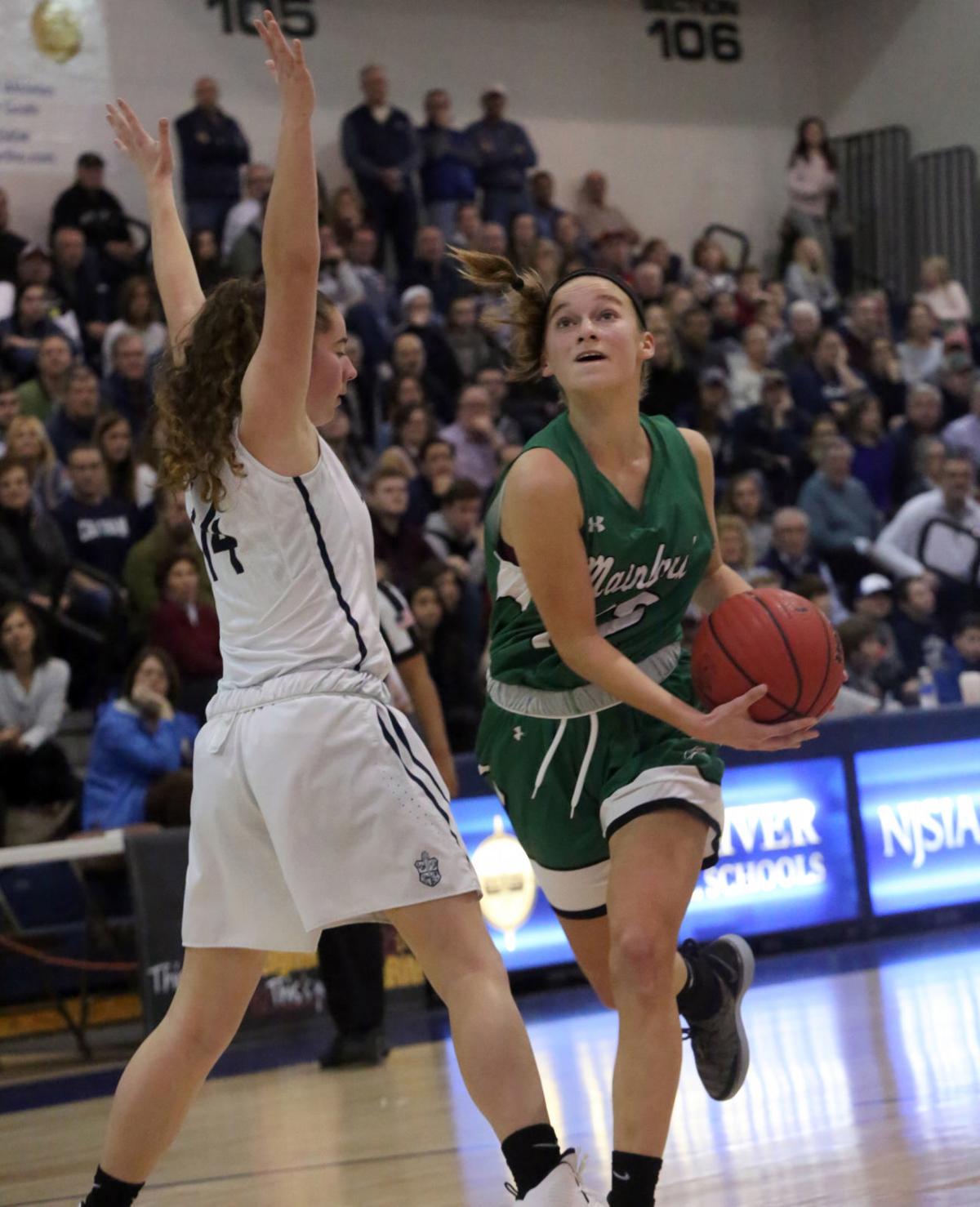 Mainland’s Camryn Dirkes, 3, drives to the basket in the fourth quarter against Chatham, in the Group lll girls basketball final, at the RWJBarnabas Health Arena, in Toms River, Sunday, March 10, 2019. (VERNON OGRODNEK / For The Press) 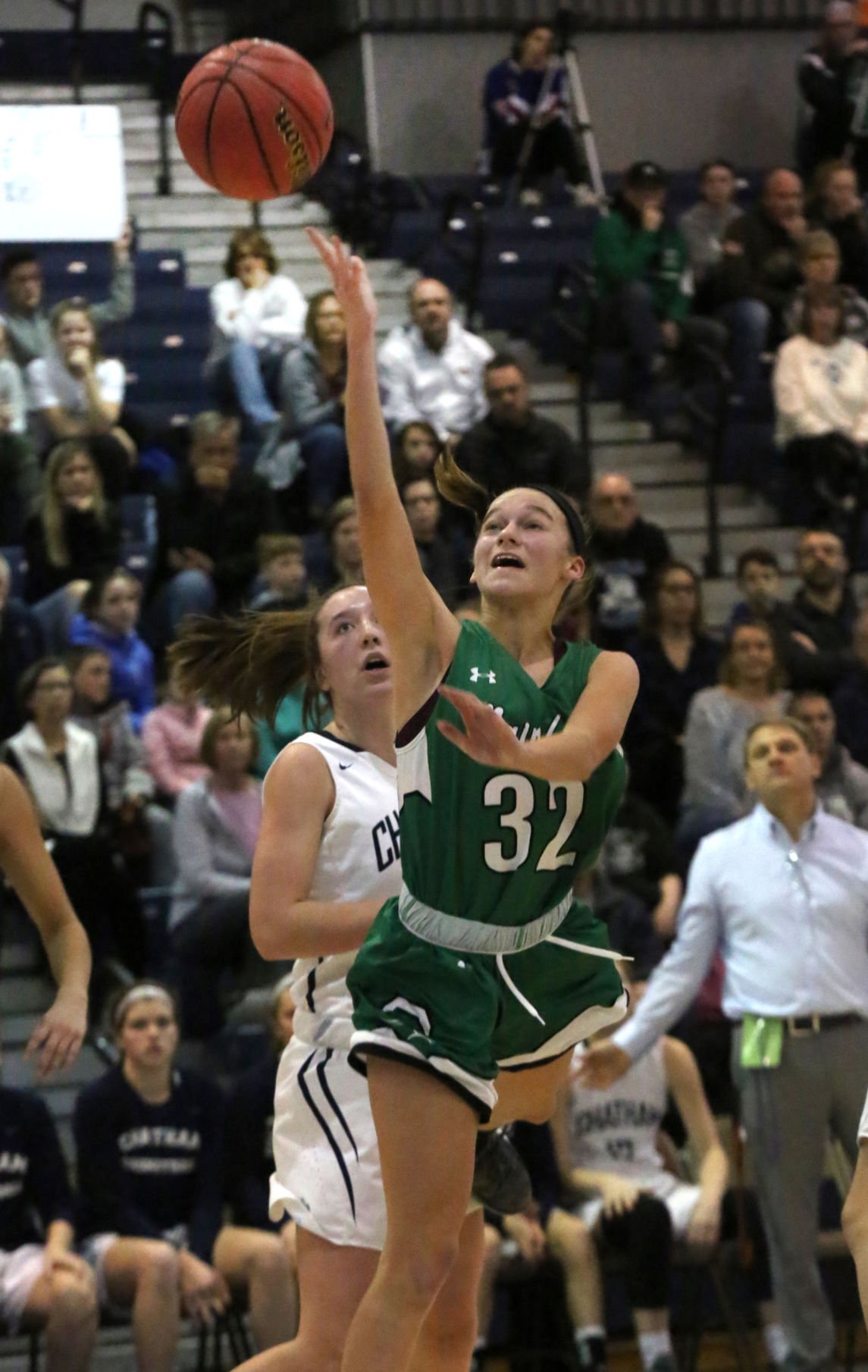 Mainland’s Camryn Dirkes, 32, shoots in the first quarter against Chatham, in the Group lll girls basketball final, at the RWJBarnabas Health Arena, in Toms River, Sunday, March 10, 2019. (VERNON OGRODNEK / For The Press)

Camryn Dirkes played basketball since she was in second grade and had never missed a season.

But that changed about a year ago.

Without even playing a game, her sophomore season was over.

“It was hard to process,” Dirkes said. “I’ve always played year-round, and not being able to play for a season was tough.”

After undergoing surgery in February at the Hospital of the University of Pennsylvania in Philadelphia and having to endure about a nine-month recovery to get back to full health, Dirkes was cleared to play sports again this fall and was named a second-team Press All-Star for the Mustangs’ girls soccer team.

“It was a difficult (recovery) process and very long,” said Dirkes, who initially had some restrictions but was able to play full soccer games by the end of the season and now anticipates getting back on the court.

But she has to wait.

Basketball programs can’t practice until Jan. 11 due to the COVID-19 pandemic, according to New Jersey State Interscholastic Athletic Association guidelines. The tentative season is scheduled to run Jan. 26 to March 6.

“I am super excited,” said Dirkes, 17, of Linwood. “I’ve been working every day, since I could, on just getting better. At first, it was difficult and kind of discouraging. But I’m starting to get back into the swing of things, and I’m just so excited if we have a season.

“It would be the best, and it would mean the world to me, because it was hard for me not playing basketball just for one year, and two seasons would be even harder. I’m just really excited and hopeful for this season.”

In the meantime, Dirkes is running each day and shooting hoops in her driveway.

“I just want to get the ball in my hands as much as possible,” Dirkes said.

“I would be so grateful to even have a chance, but I do wish it was back to normal,” Dirkes said when asked about the possibility of not having traditional playoffs this winter similar to the fall season.

“I think everyone does.”

“I think you kind of saw it all year (that) we, as a team, never recovered from not having her out there,” Betson said. “We struggled with it all year, especially down the stretch when teams really ramped up defensively and put pressure on us.

“She is a super talented ball handler, so just not having her out there was definitely a factor.”

Mainland, which was a young team last season, lost standout Kylee Watson (now at Oregon) and Madi Hafetz to graduation. But Betson is thrilled to have Dirkes back, who is a leader on and off the court.

“She is just a stud and an unbelievable athlete who loves to compete,” Betson said. “I don’t think there is reason to expect anything other than a high-level performance. If there is a season, I expect her to be super successful.”

Dirkes said that not being able to compete one last time with Hafetz and Watson before they graduated was just as tough, because Dirkes has played with them since she started basketball. But she made the most of her time on the bench, watching every game and cheering on her teammates.

“She is a dynamite athlete, but she is an even better kid,” said Betson, who was Dirkes’ honors history teacher her freshman year. “Everyone who knows her absolutely loves her. It was tough having her watch from the sidelines last year.”

Dirkes also showed the younger players how to still be a part of the team without playing and calmed down her teammates if they became frustrated.

Dirkes said her coaches and teammates, especially Watson from across the country, have been helpful throughout her recovery, including her best friend and senior Lila Schoen.

“Being a part of this team has been extremely encouraging throughout this entire process,” Dirkes said. “I’m grateful to have them.”

Mainland’s Camryn Dirkes goes to the basket against Manchester Township in the first quarter. of a Tournament of Champions game at RWJBarnabas Health Arena in Toms River.

Mainland’s Camryn Dirkes, 3, drives to the basket in the fourth quarter against Chatham, in the Group lll girls basketball final, at the RWJBarnabas Health Arena, in Toms River, Sunday, March 10, 2019. (VERNON OGRODNEK / For The Press)

Mainland’s Camryn Dirkes, 32, shoots in the first quarter against Chatham, in the Group lll girls basketball final, at the RWJBarnabas Health Arena, in Toms River, Sunday, March 10, 2019. (VERNON OGRODNEK / For The Press)