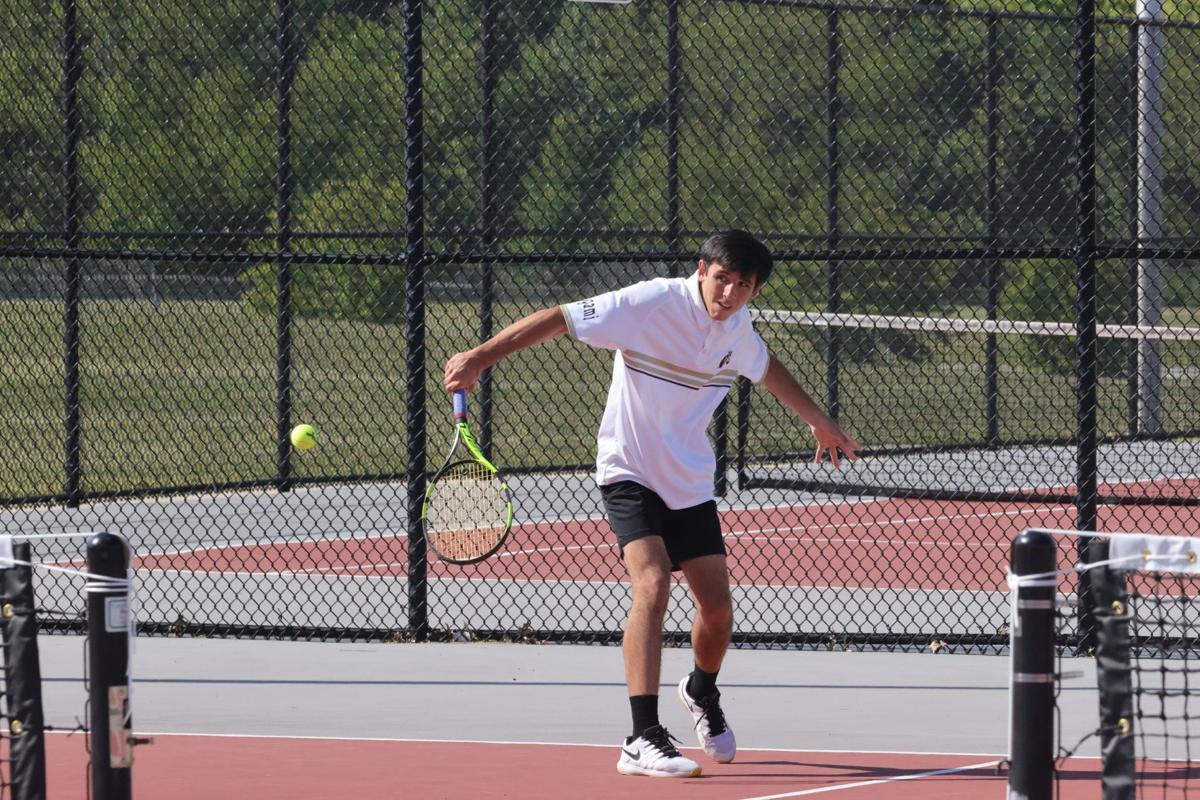 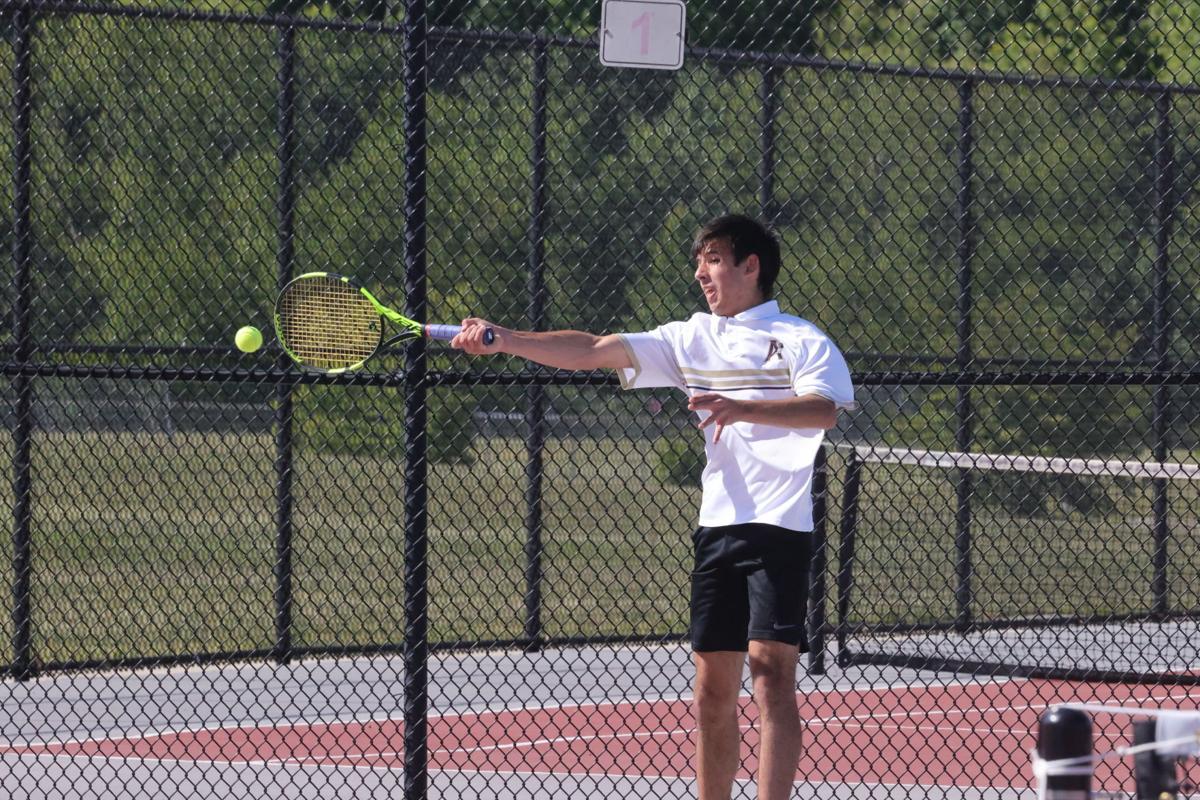 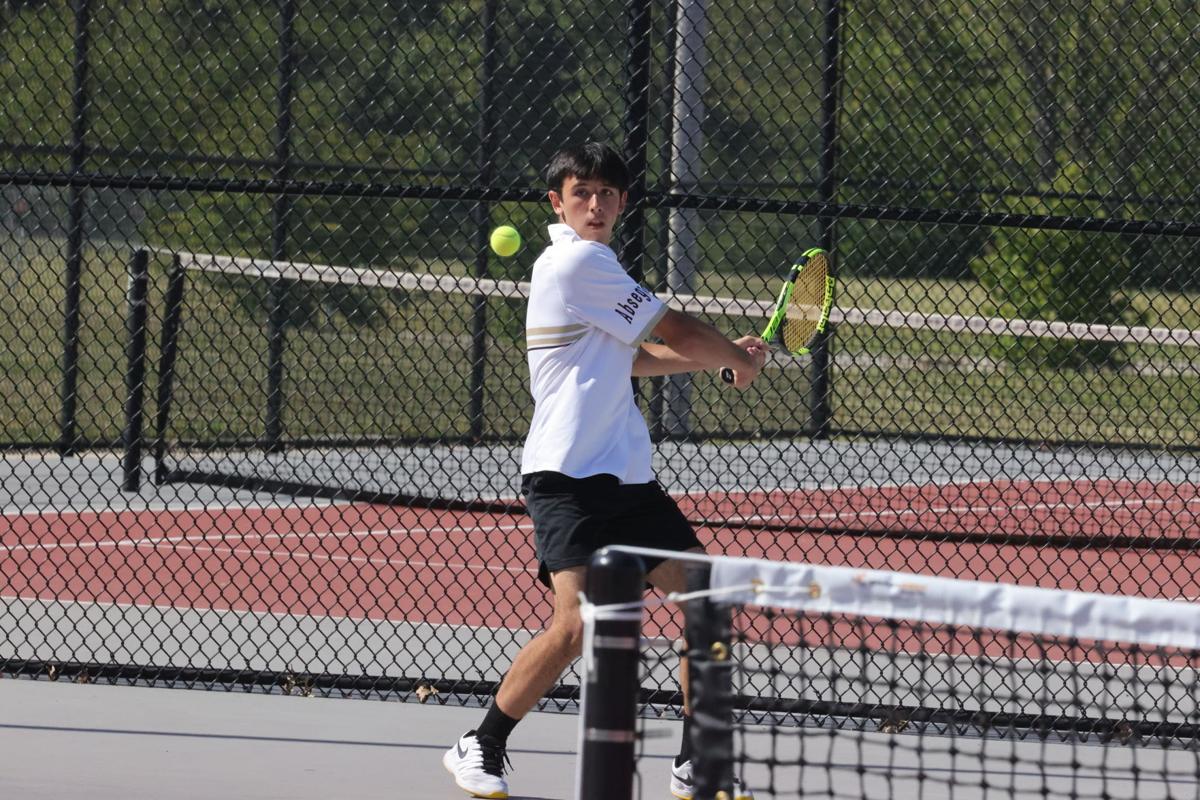 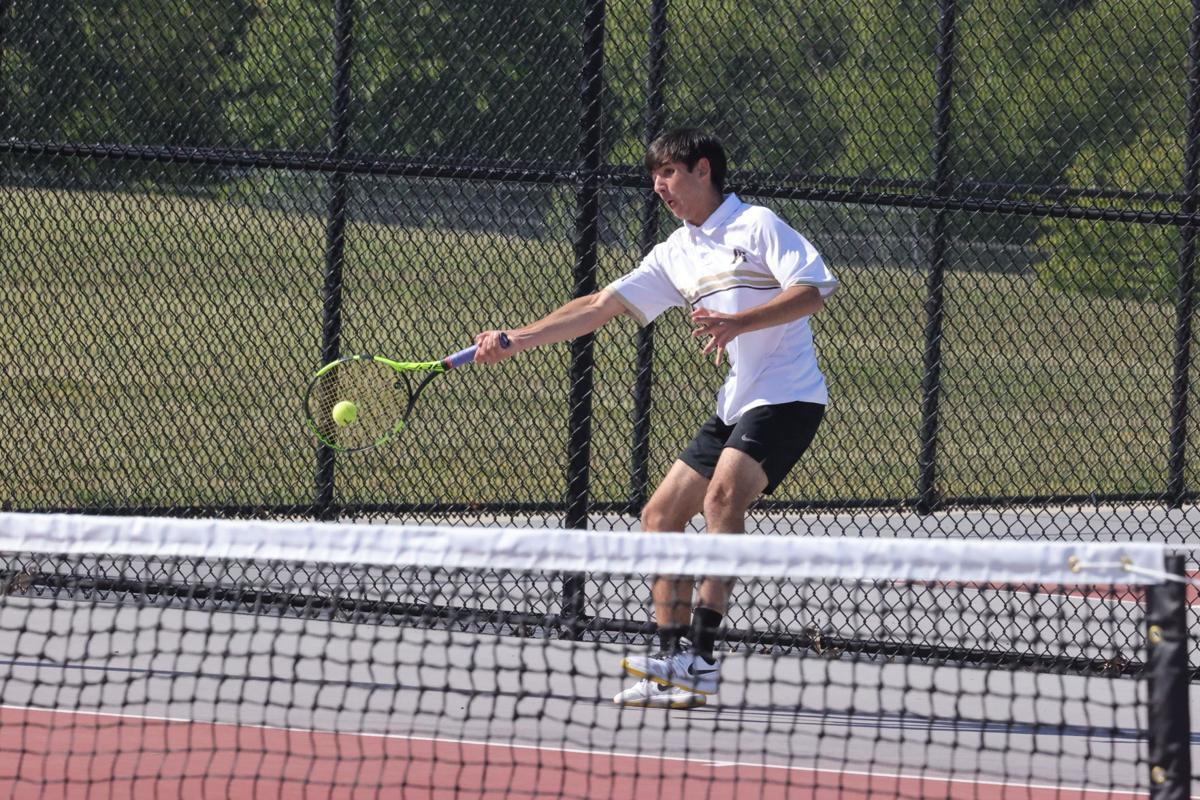 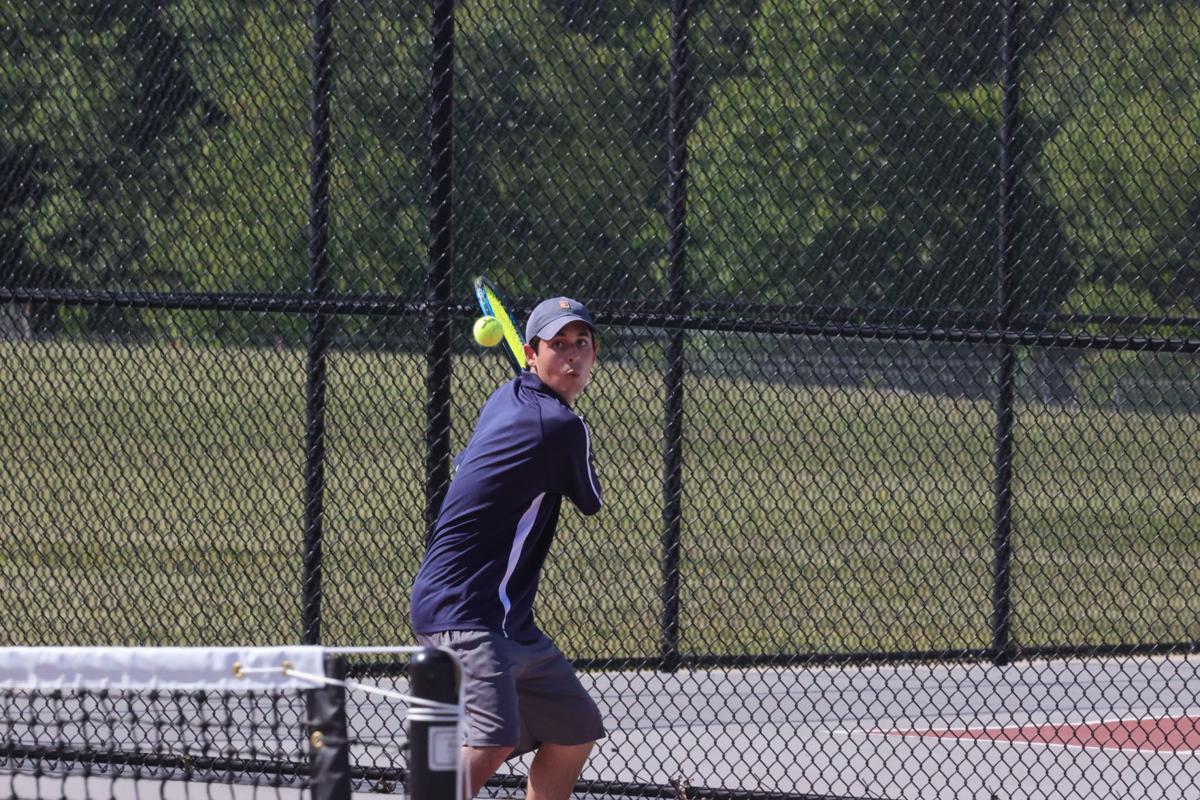 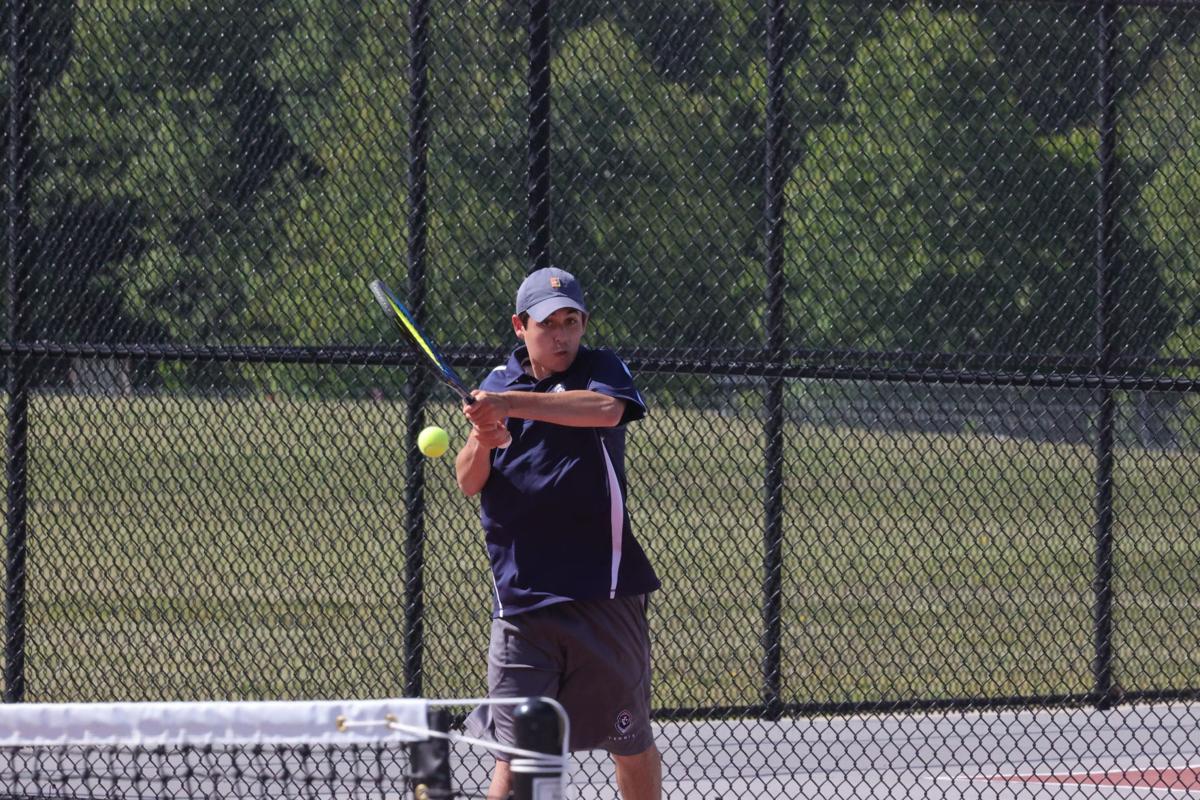 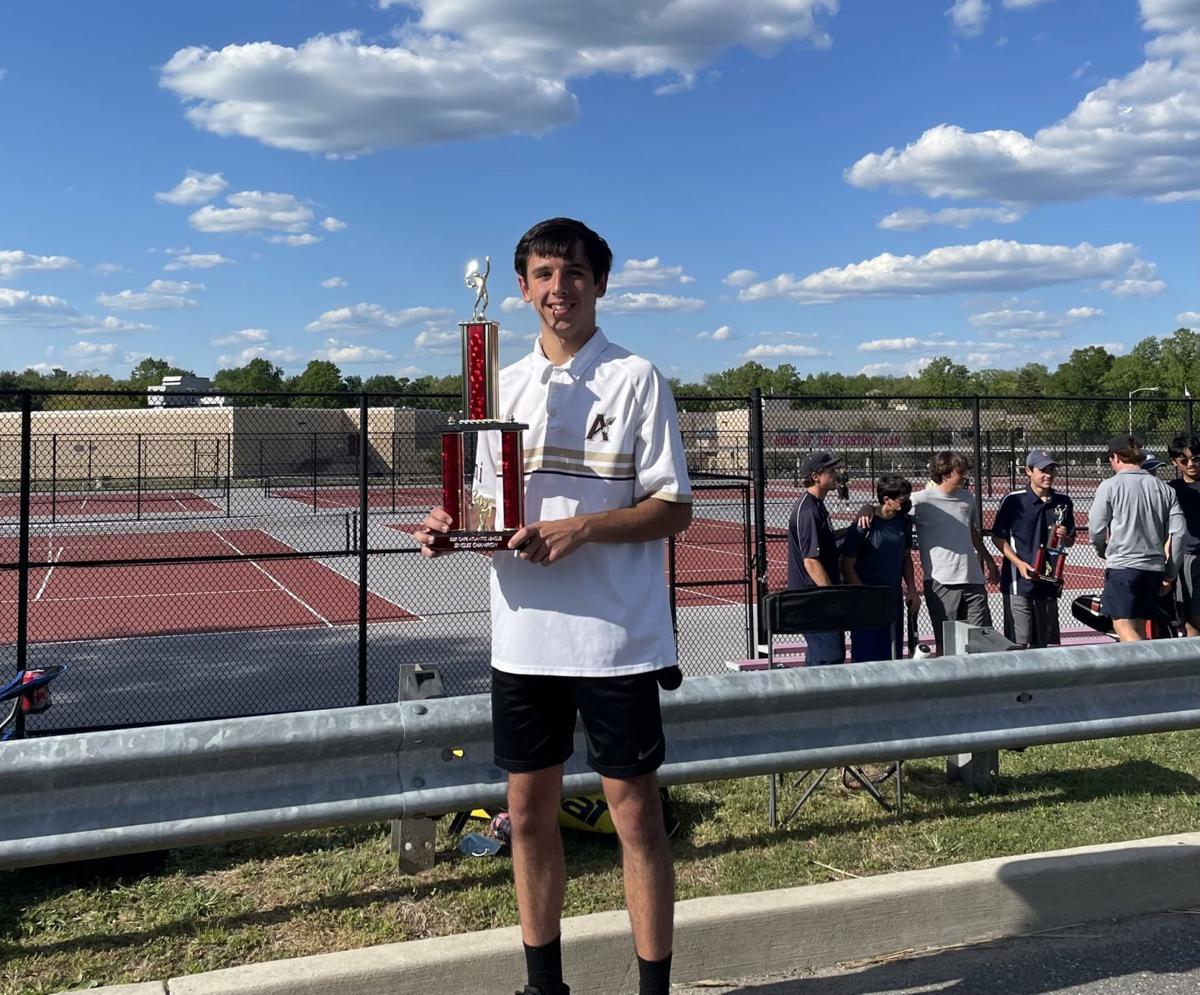 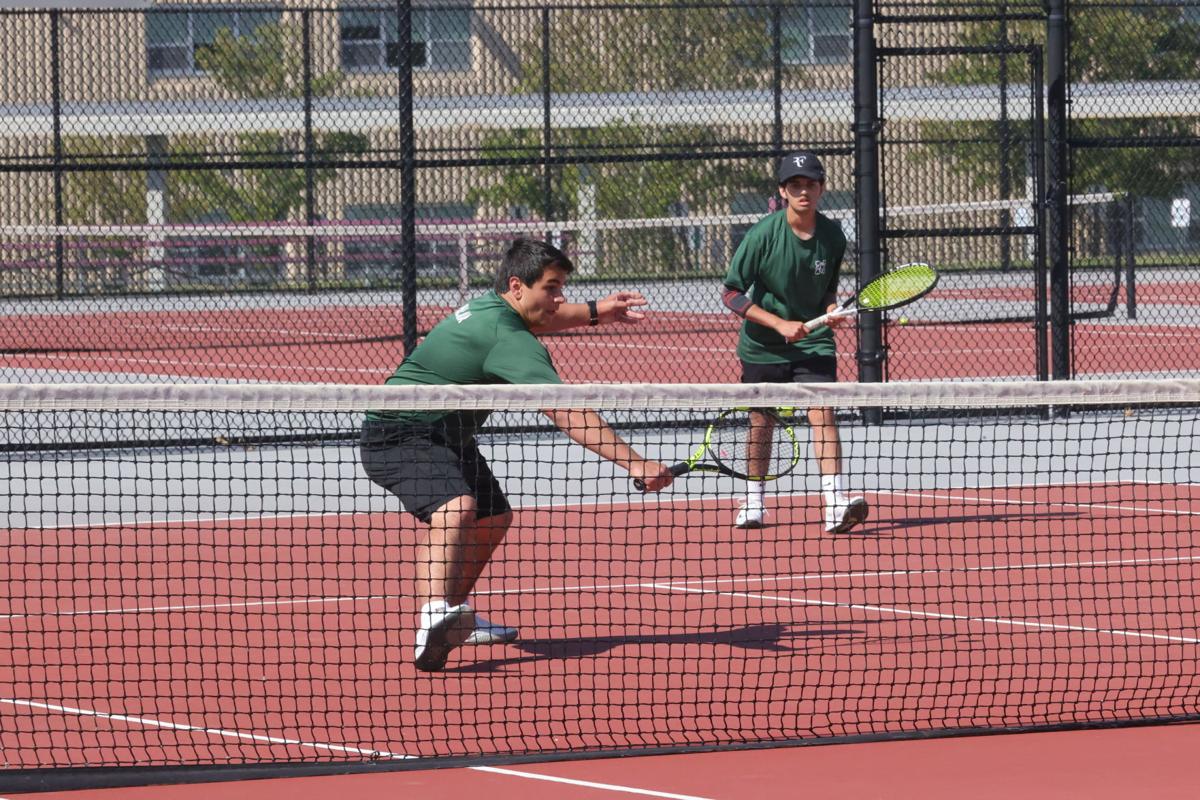 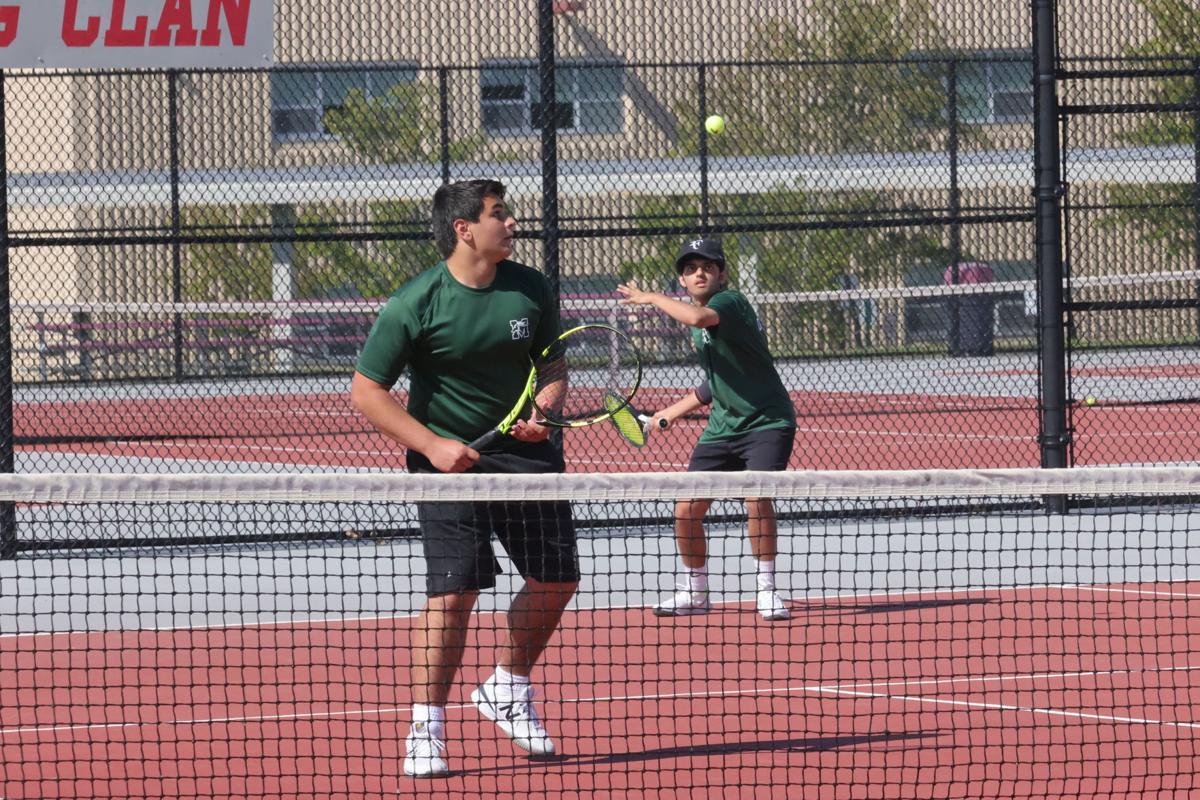 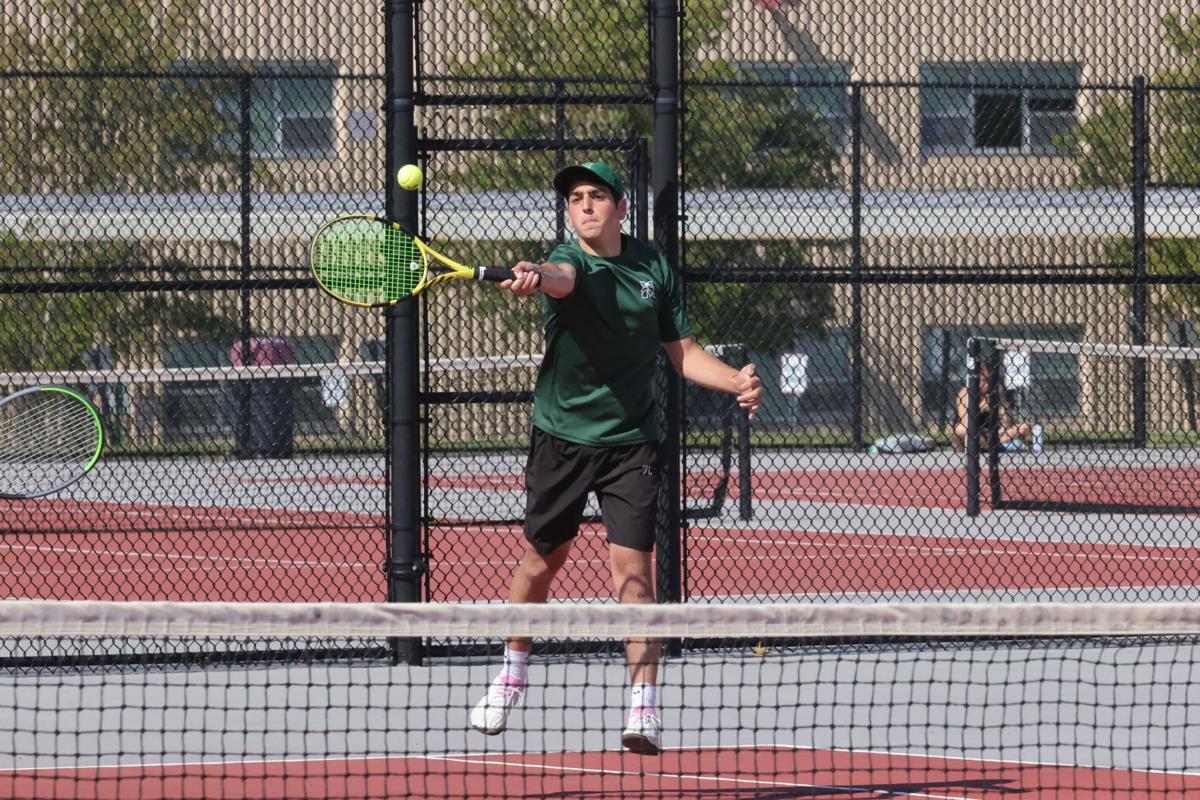 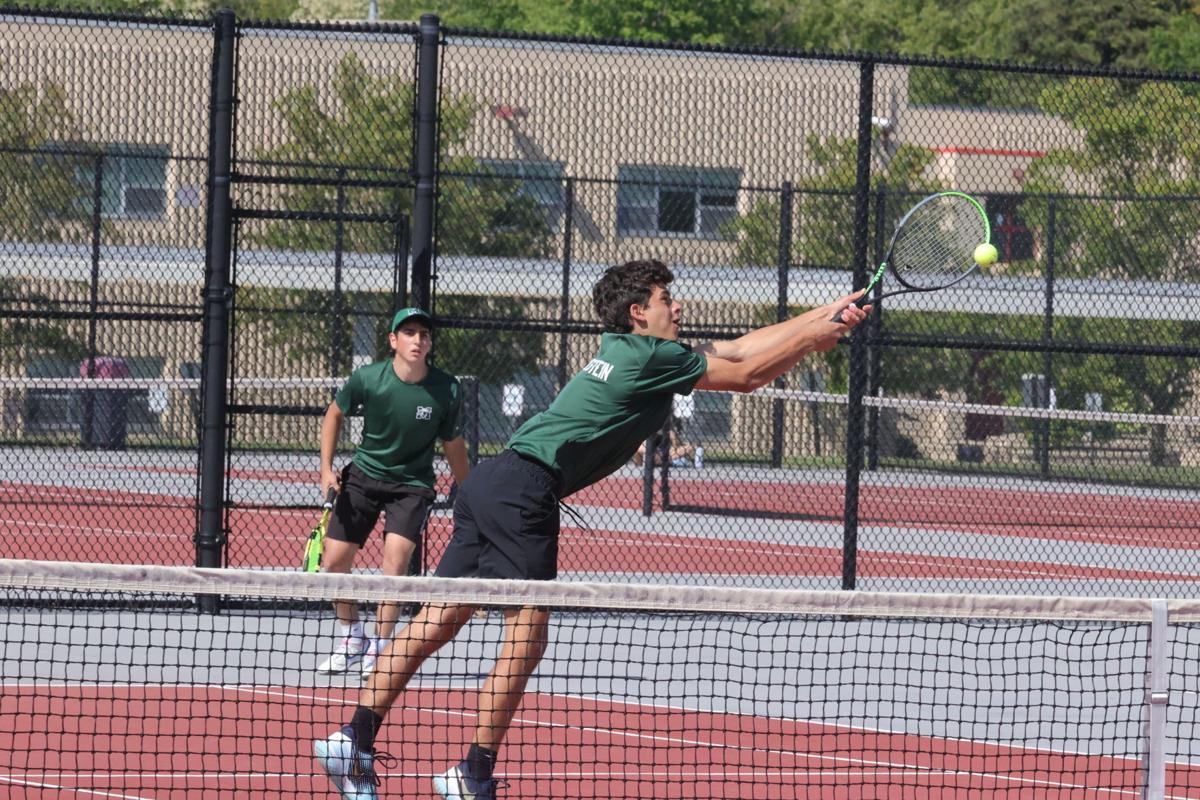 But things were different Thursday.

Deshpande and Palaia earned an intense 6-2, 4-6, 6-2 victory over Himmelstein and Dib to capture the Cape-Atlantic League doubles championship at Vineland High School.

“I think it was a lot like practice, but more like an intense form of practice, which I really enjoyed,” Deshpande said about competing against teammates. “It wasn’t stressful, because it was up against guys we practice with, play with, joke with and talk with all the time. I had fun.”

“It definitely took the pressure off,” the 17-year-old from Northfield said. “It’s not Mainland vs. another team, or if we lose it’s not like (the title) is not going to Mainland. It took the pressure off. Like, they are our teammates, and they play very well. It really did bring intensity to it.”

Deshpande and Palaia entered the tournament as the top-seeded doubles team. The duo showed why in the first set after tailing 2-1, coming back to win.

Himmelstein and Dib, who were the sixth seed, took an early lead in the second set and hung on to win. But it was an intense battle.

The two teams knew each other’s strategies coming in and had a plan on how to defeat each other, which is why the match lasted so long.

“That definitely made it tougher,” said Deshpande, 17, of Linwood. “This is probably the toughest team for us to play, because we know each other inside-out, and our strengths and weaknesses.”

All four are juniors.

Deshpande and Palaia advanced to the second round of the tournament as freshmen in 2019.

“It was tough, but we stuck it out,” Deshpande added.

Dib and Himmelstein led 4-1 in the second set. Deshpande and Palaia quickly made it 4-3. It was 5-4 before Himmelstein and Dib earned the last point. That was the longest game of the match.

Mainland coach Chris Connolly said the four players are just as competitive and intense in practice, noting they knew they could meet in the finals upon seeing the bracket.

“We always focus on the team. It was nice for them to have a little ‘them time,’ then we can focus on the rest of the season,” Connolly said. “They played a good match. It was a good experience. I’m proud of them.”

Mainland (9-0) is one of about 20 undefeated teams remaining in the state. The Mustangs aim to keep it that way to increase their chances at the top seed in the South Jersey Group III tournament.

The Mustangs have six regular-season matches left. Playoffs start May 24.

“It builds up every match,” Palaia said. “Each match we are playing against a challenger who is trying harder and harder (to beat us). It makes us better, as well. It makes it really fun.”

Snyder entered the tournament as the top seed in singles. Coiro was the third seed.

Snyder became the first in program history to win a CAL singles title.

“It’s like something coming off your back,’’ said Snyder, 17, of Galloway Township. “It feels great.”

Snyder advanced to the semifinals as a freshman in 2019. After missing last season due to the COVID-19 pandemic wreaking havoc on the spring slate, he was excited to get to work this week.

Snyder had to win four matches to reach the finals.

“I have just been training since all this COVID stuff and it just feels great to be out here playing good,” said Snyder, who is undefeated in first singles for the Braves, leading them to a 5-3 record. Six of his eight matches this season were won 6-0, 6-0.

“I just played every point like it was the last, the junior added about his championship Thursday.

The CAL championships have been around since the mid-1990s, said tournament director Tony Formento. The three-day event started with 32 singles players and 18 doubles teams.

“Yea, I like it. I like it a lot,” Snyder said. “You get off from school, and play the sport you love. … And I have senior year next year. So, it’s just great.”

The Ocean City High School baseball team will have to wait another day to try to win the first state championship in the program’s history.

The Ocean City High School baseball team will try to win the first state title in the program’s history Saturday. 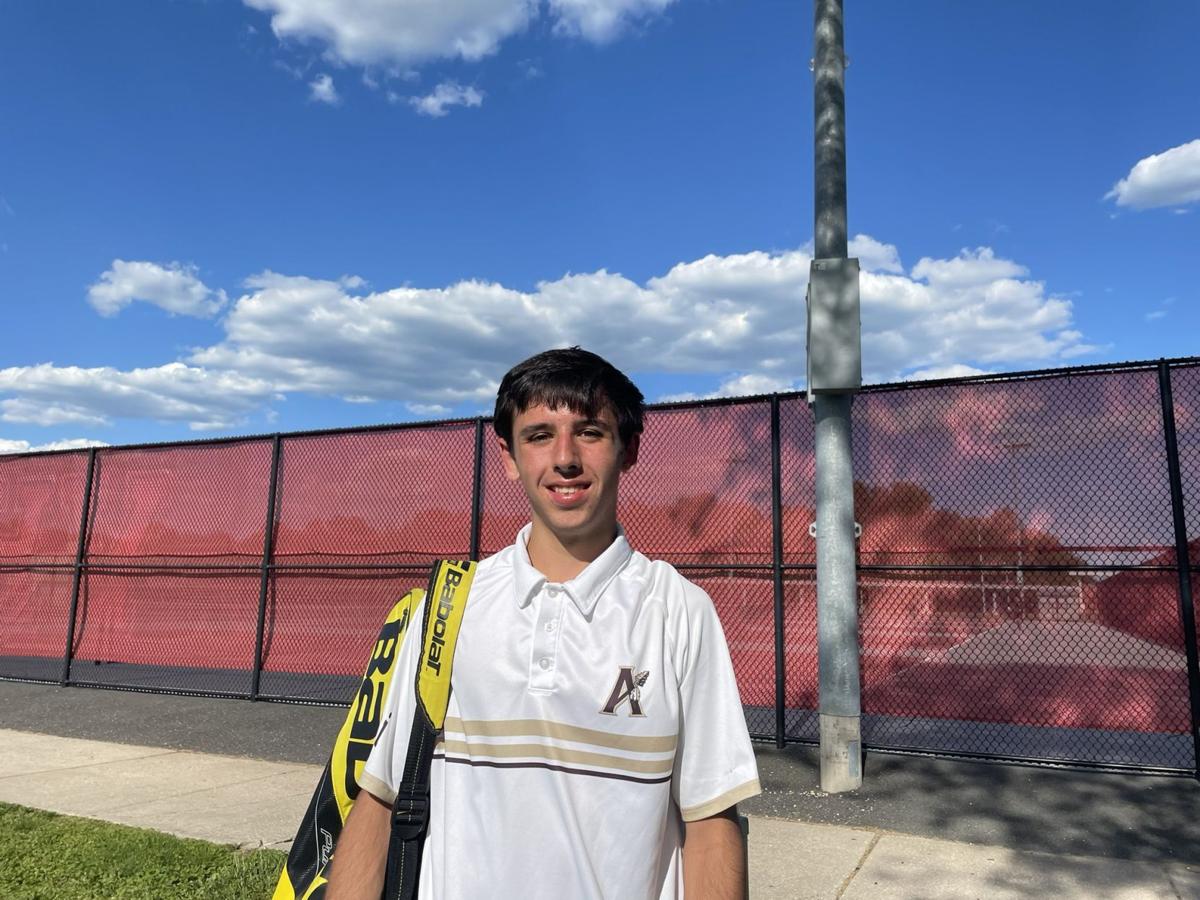 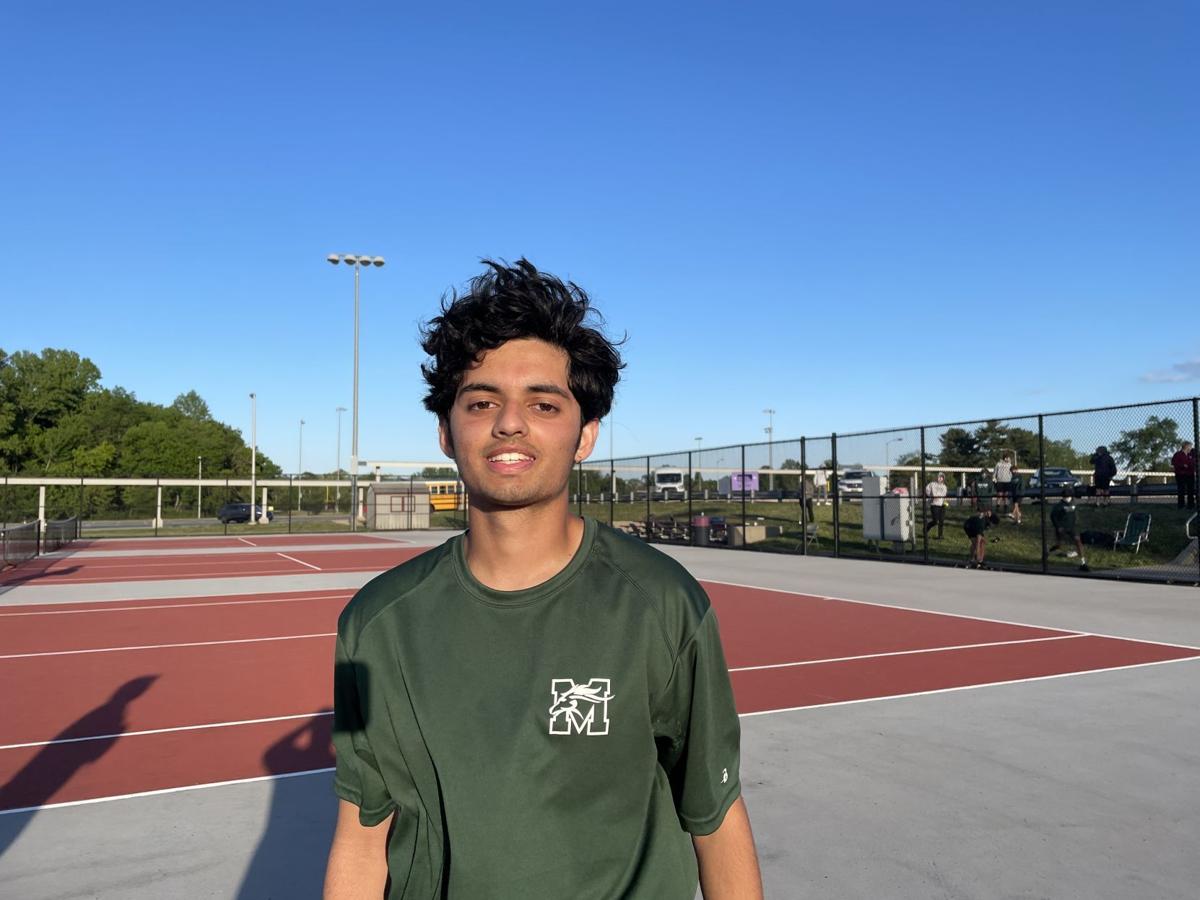 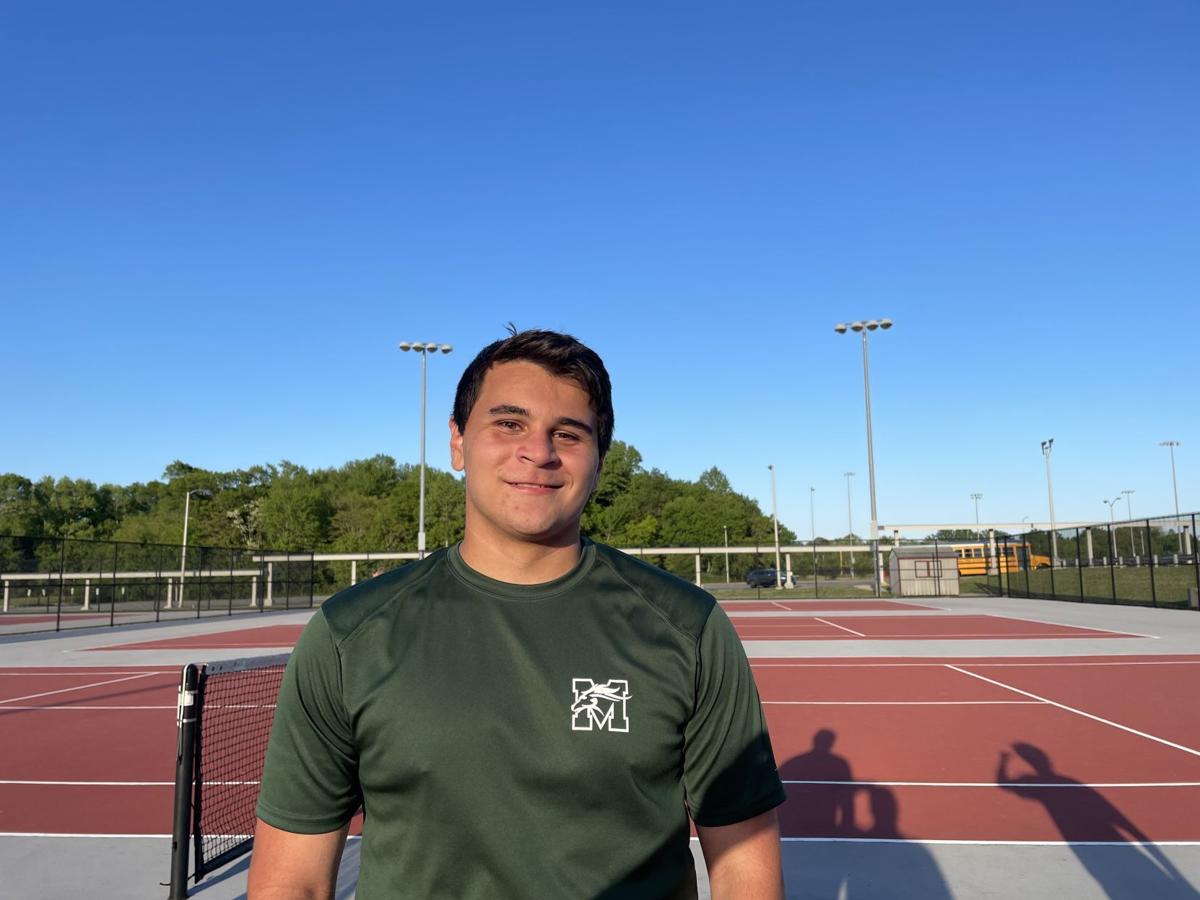