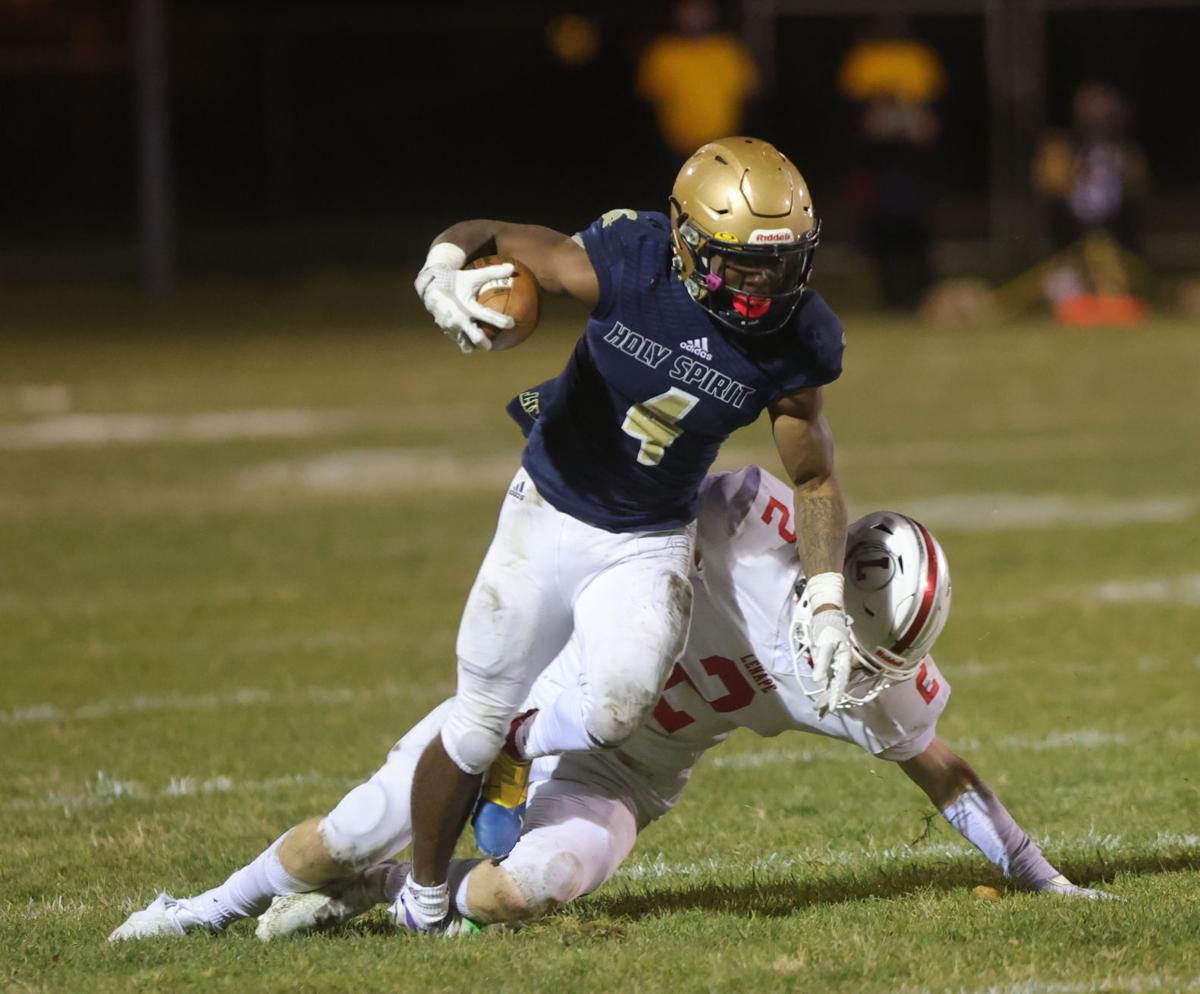 Holy Spirit running back Patrick Smith has rushed for more than 300 yards in a game twice this season. 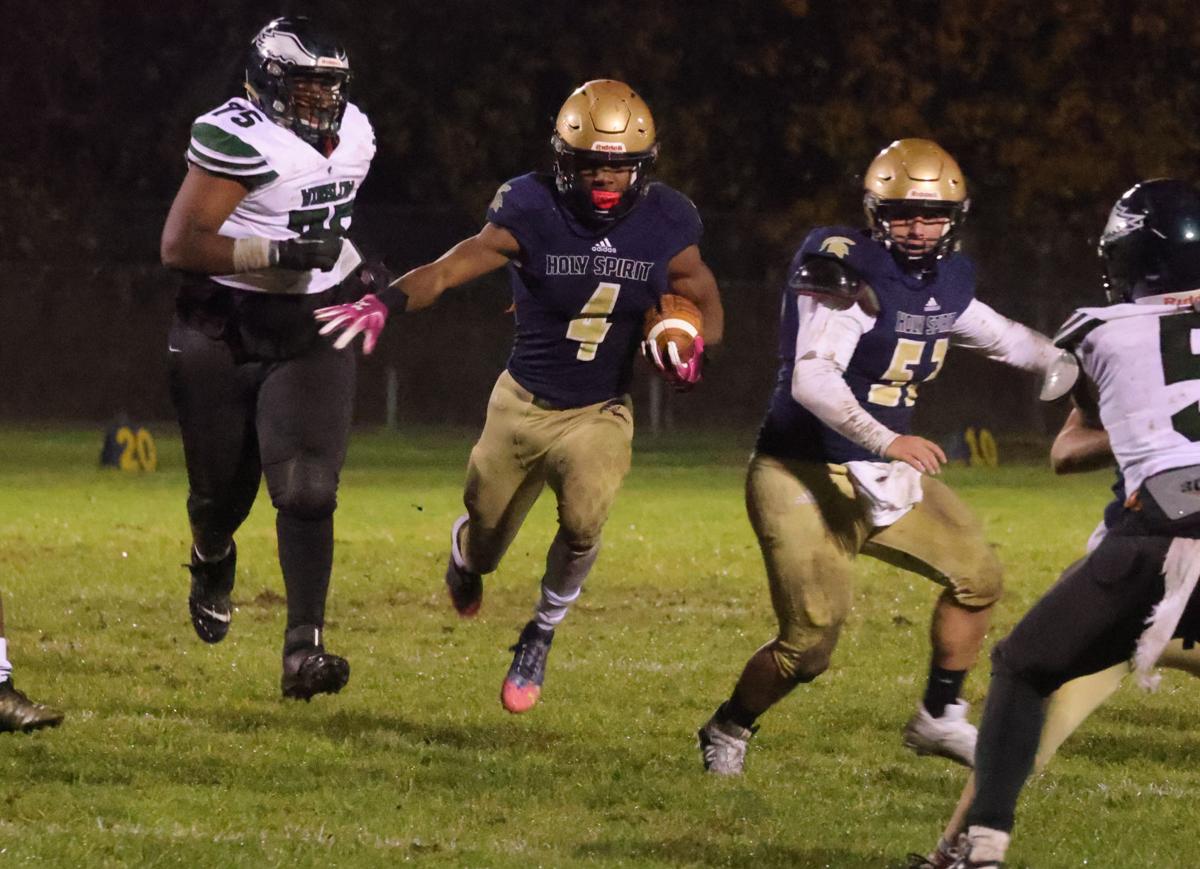 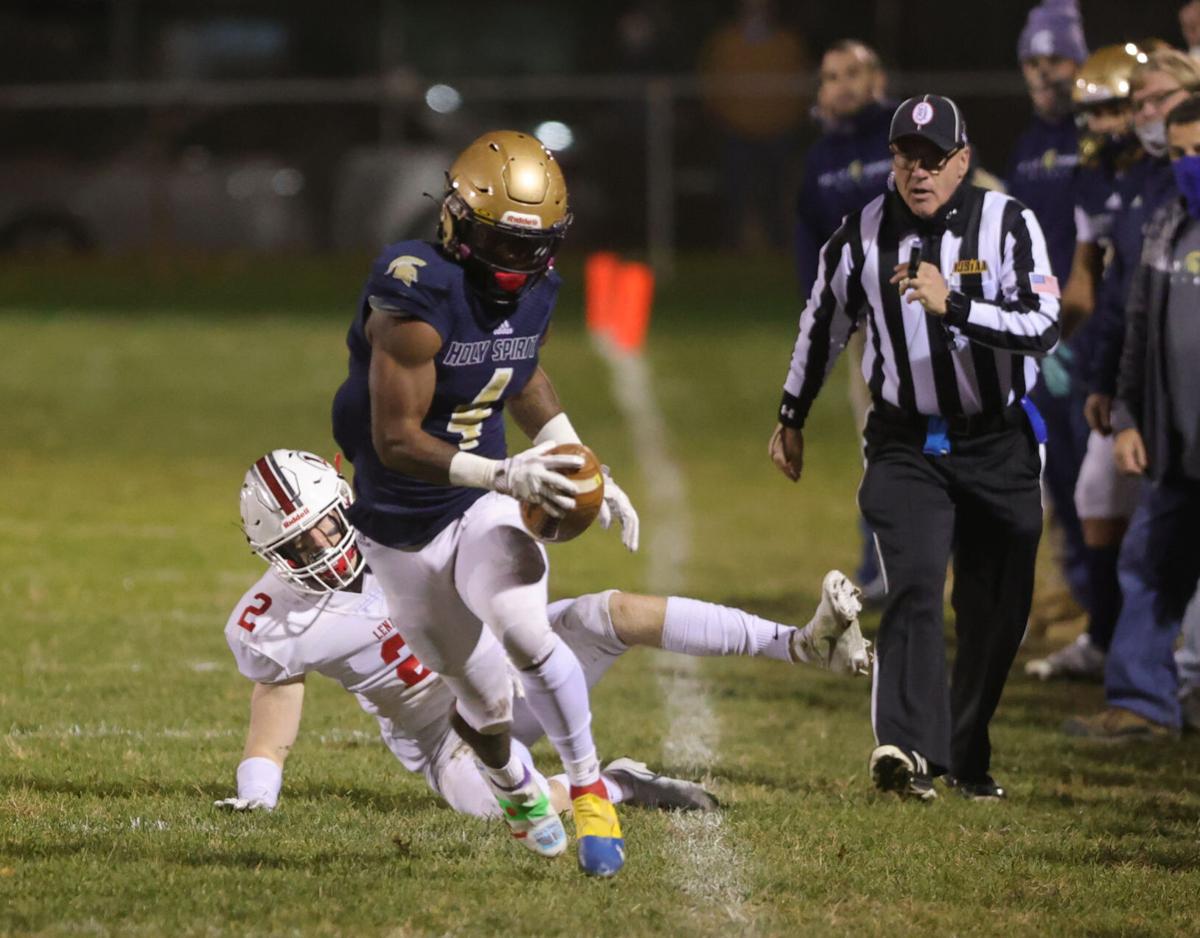 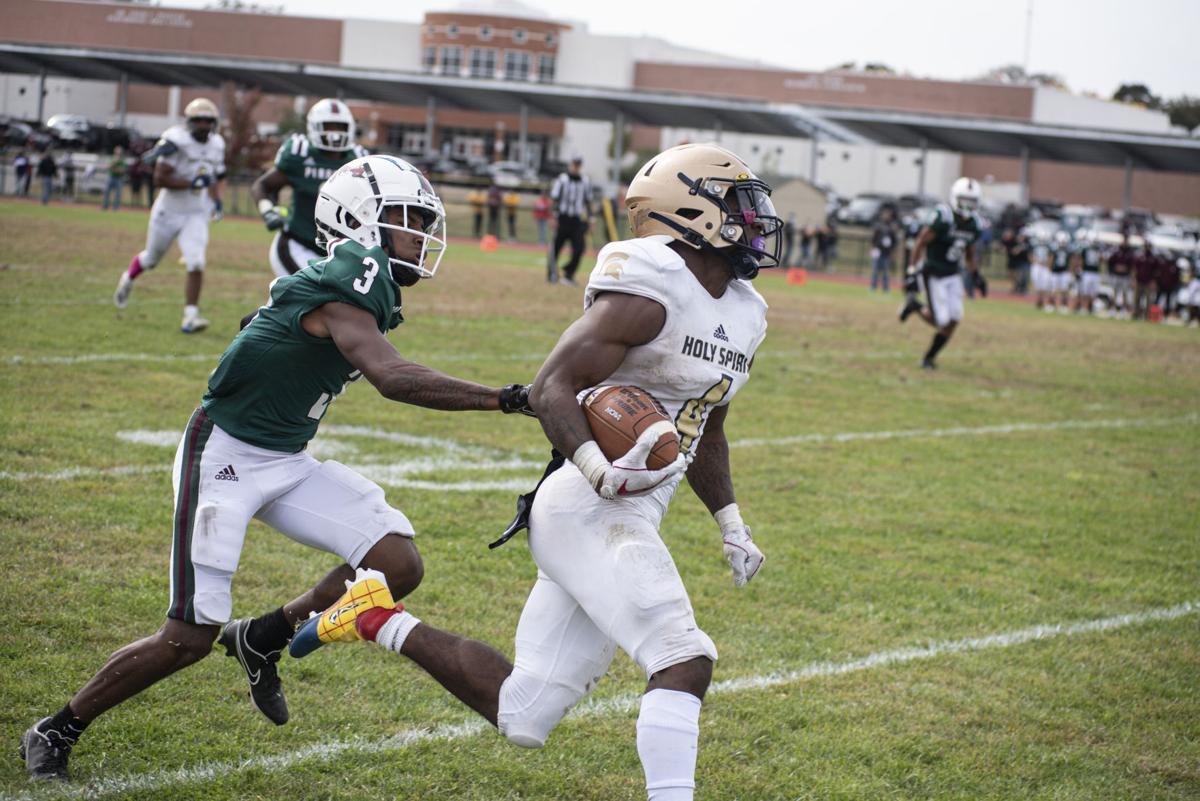 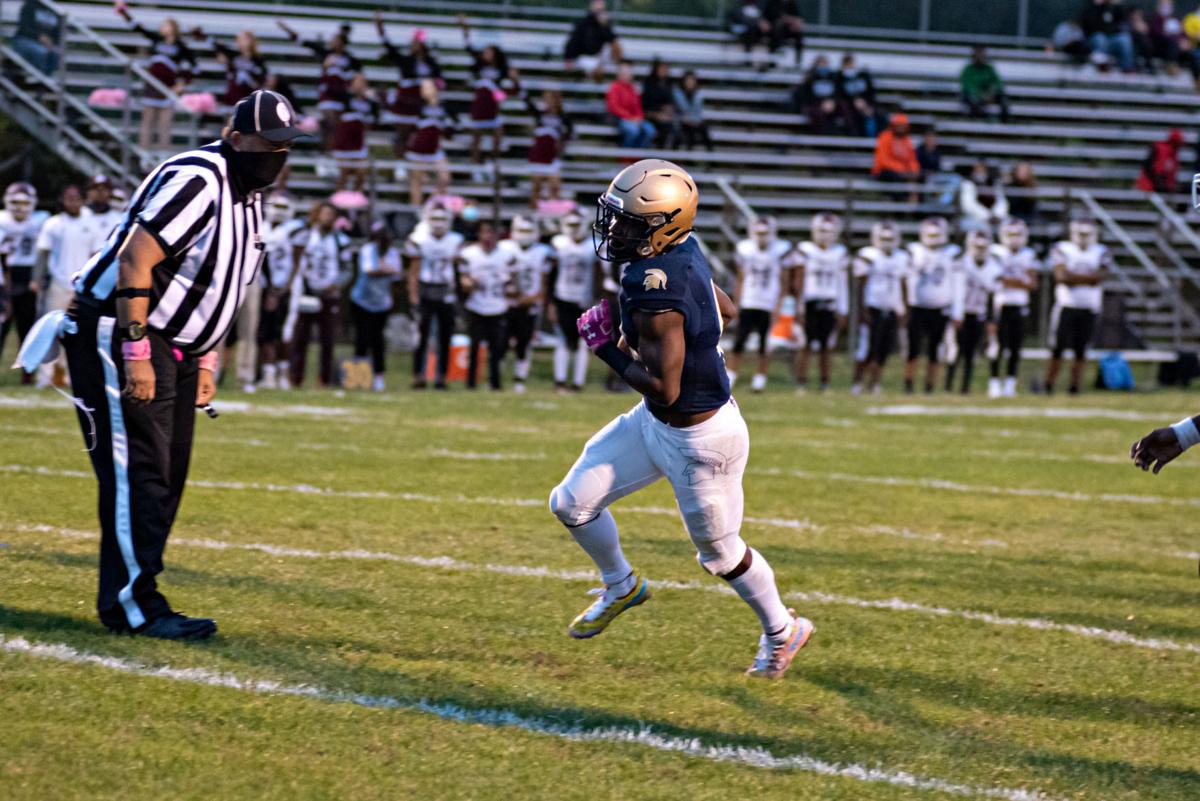 Holy Spirit running back Patrick Smith crosses the goal line for one of his four touchdowns in the Spartans’ 42-20 win over Pleasantville on Friday in Absecon. A photo gallery from the game is attached to this story at HSLive.me. 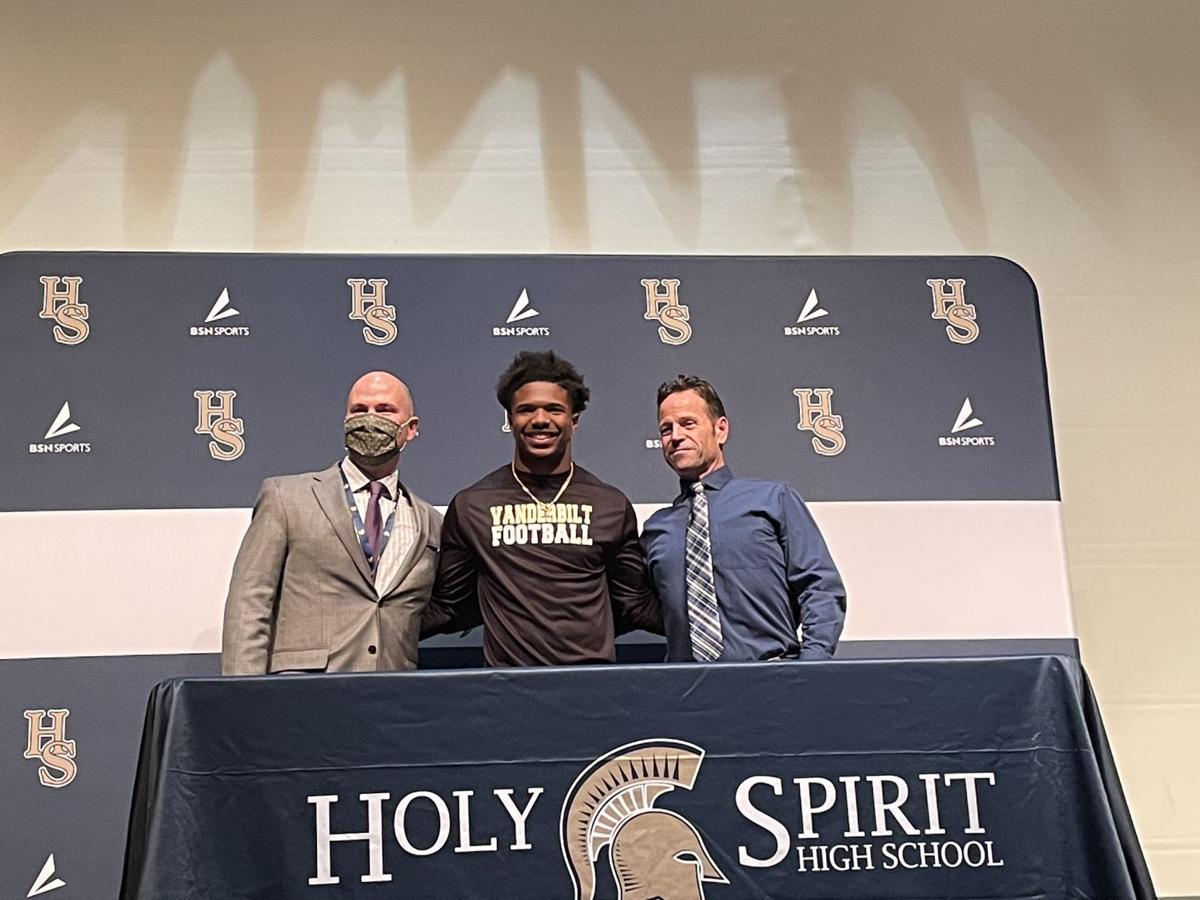 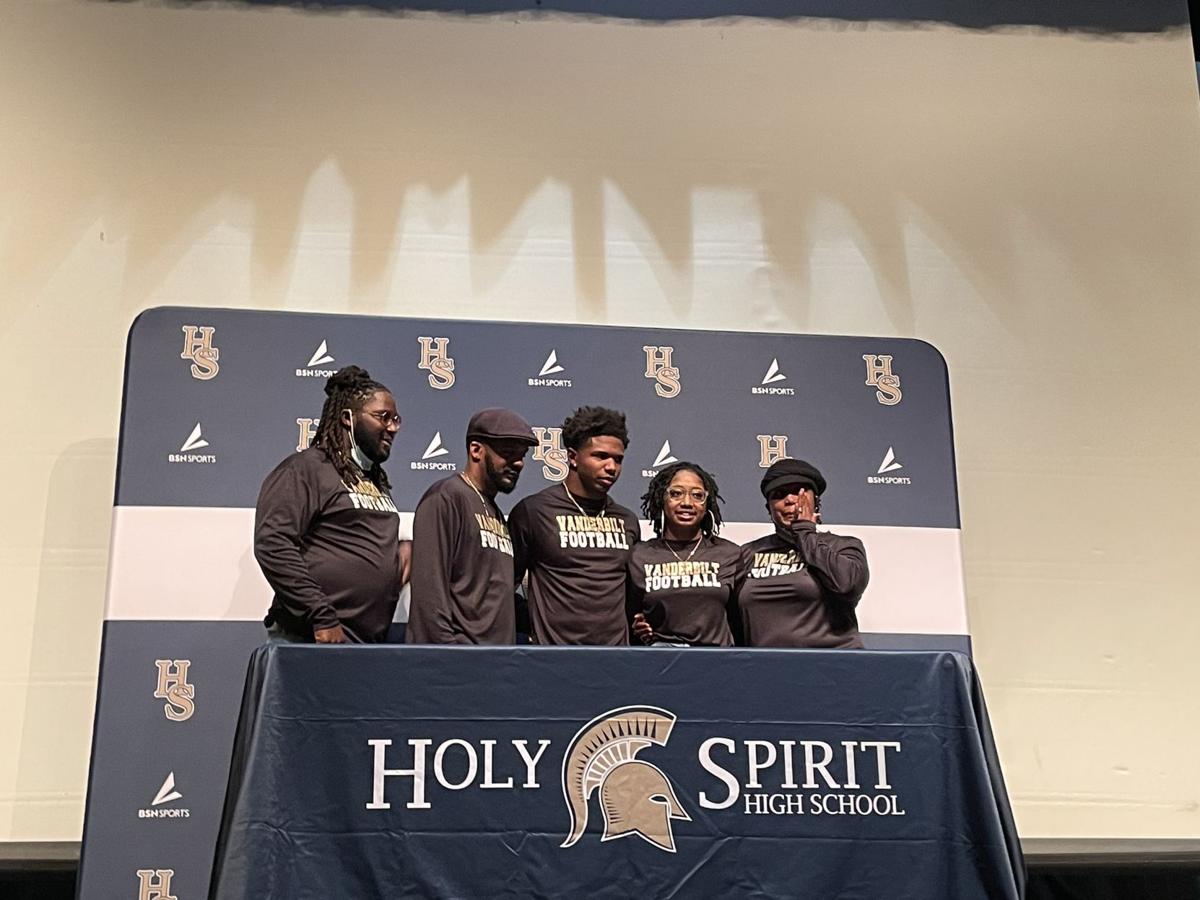 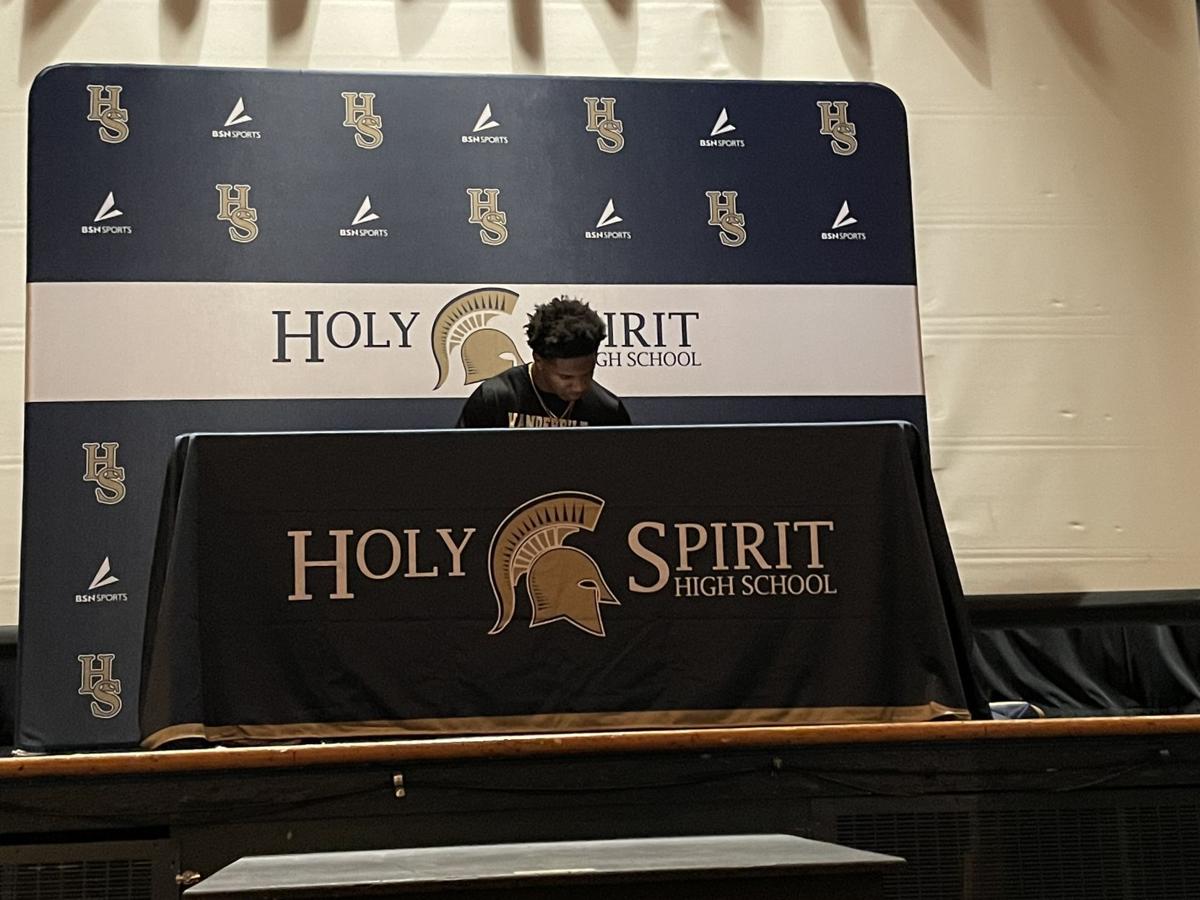 Patrick Smith has been hyping up this moment for at least the last month.

The Holy Spirit High School standout running back made multiple posts on Twitter to build excitement that he would reveal his college decision and sign his national letter of intent on the traditional National Signing Day.

For his large and supportive following, the anxious wait was over Wednesday.

Smith, in a nearly two-minute video shown on the big screen in the Holy Spirit auditorium, announced his commitment to Vanderbilt University in Nashville, Tennessee.

After making a short speech, Smith signed to the NCAA Division I Football Bowl Subdivision program and was later greeted individually by family members, coaches and teammates.

The Commodores compete in the Southeast Conference, one of the top conferences in the country.

“It is very exciting to play at that conference,” Smith said. “My main goal is to get to the NFL, but to have that education is just as important. To get the best of both worlds and play in a great conference and get a great education, that is something you just can’t ask for.”

Education stood out the most at Vanderbilt, Smith continued.

“Football is not promised. I can get hurt the next day,” Smith said. “But the education is something that can carry on for the next 40, not the next four years. So I was looking at that with my decision, not just the name of the school.”

Smith, who is known as “Cheeks,” had 12 offers, including Iowa, Duke, Yale, Wake Forest, Colorado State and Iowa State. He initially verbally committed to attend Colorado State, but he reopened his recruiting midway through this season after receiving the offer from Vanderbilt. He did not choose to sign during the early-signing period in December.

Holy Spirit coach A.J. Russo said Smith is very excited about Vanderbilt, noting that the Commodores just hired a new coach, Clark Lea, in December. Lea had coached at Notre Dame and was one reason for Smith’s eagerness to play for Vanderbilt.

Lea and the new coaching staff at Vanderbilt really pushed for Smith.

“I feel great for him,” Russo said. “I think Vanderbilt is going to be a good fit for him. It is one of the top academic schools in the country, and that is the type of student Patrick is. And, athletically, we all know what he can do on the football field, so he is going to be a nice match for Vanderbilt.

“We are looking for good things from Patrick in the future. … The future is bright for this young man.”

Smith rushed for 1,719 yards for 220 carries and 16 touchdowns this season, leading the Spartans to a mythical South Jersey title. The 5-foot-11, 185-pounder rushed for a Cape-Atlantic League-record 362 yards against Cedar Creek on Oct. 10. The Egg Harbor Township resident was named The Press Football Player of the Year.

Smith used his speed to run for 1,440 yards as a junior to lead Spirit to the 2019 state Non-Public II championship.

“He will be just fine,” Russo said when asked about Smith playing at the DI level.

But, of course, Russo and the Spartans will miss him next fall.

“We had the ability when things got in a pinch to know we could just hand the ball off to Patrick, and he would make something happen,” Russo said. “With our line in front opening up some holes, he did a great job hitting those holes.

“He is a great kid, great family, great academically and obviously a great football player.”

St. Augustine senior offensive lineman Jake Ketschek also committed to Vanderbilt. Smith, who played for the Hermits as a freshman, is friends with Ketschek and talked to him on the phone just moments before making his announcement public Wednesday.

“It is a very exciting moment for both of us to reunite after three years since we played with each other,” Smith said. “To be able to do that, it is really exciting.”

Vanderbilt finished 0-9 this season. The Commodores have not had a winning season since 2013, when they went 9-4 and won the BBVA Compass Bowl. But Smith, the rest of the incoming class and the new coaching staff will aim to change that in 2021 and beyond.

“I can’t wait to have a new family and be in that new atmosphere,” Smith said. “The biggest thing is to play against national teams, so I can’t wait for that.

“It will definitely be challenging, there will always be someone who is just as good as me or better. So, I have to work just as hard to earn a spot on the roster.”

No. 1 St. Augustine cruises to win over No. 7 Holy Spirit

BUENA VISTA TOWNSHIP — Ethan Fox did what all good shooters should do Wednesday night.

It has been almost a year since the Wells Fargo Center opened its gates to the public.

Holy Spirit running back Patrick Smith has rushed for more than 300 yards in a game twice this season.

Holy Spirit running back Patrick Smith crosses the goal line for one of his four touchdowns in the Spartans’ 42-20 win over Pleasantville on Friday in Absecon. A photo gallery from the game is attached to this story at HSLive.me. 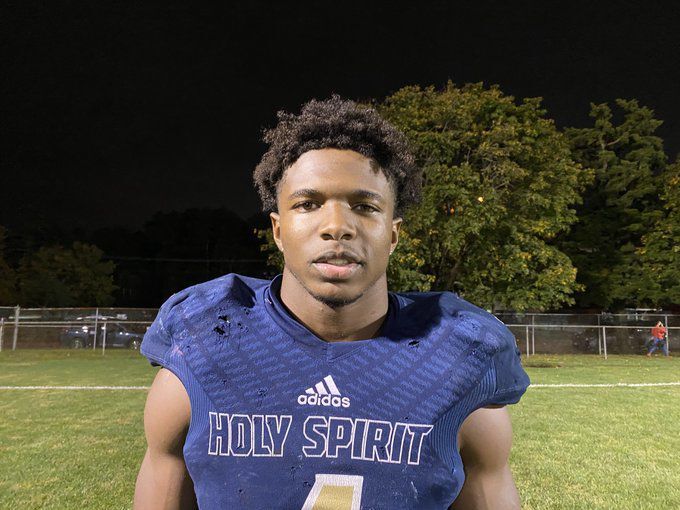