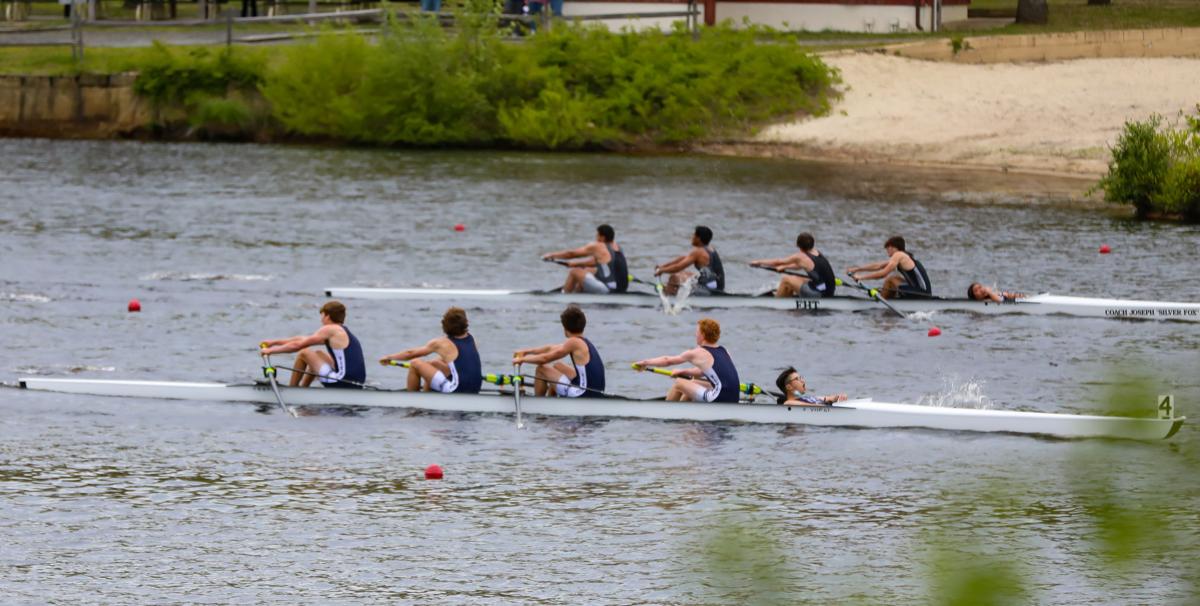 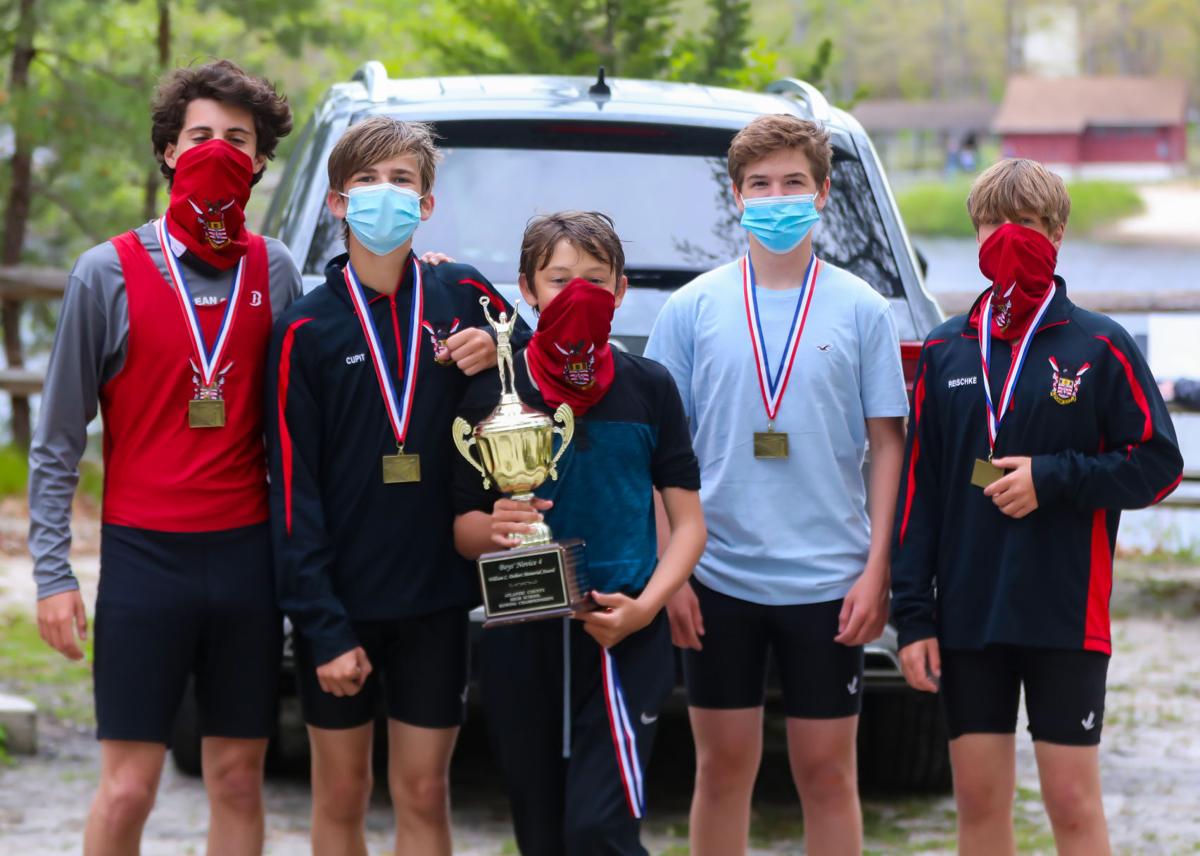 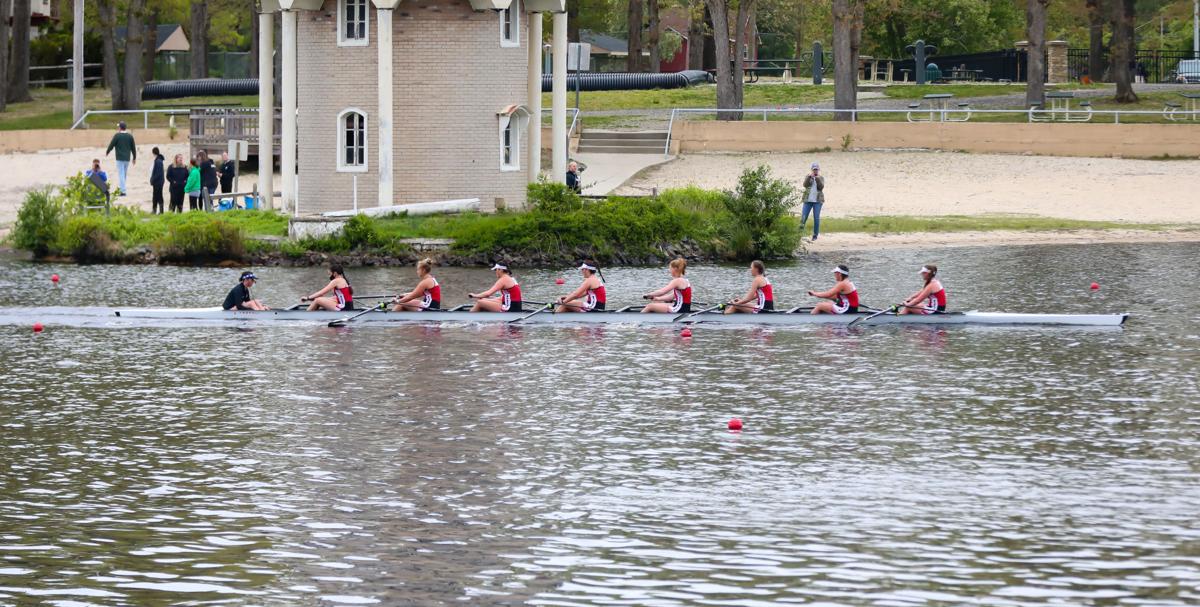 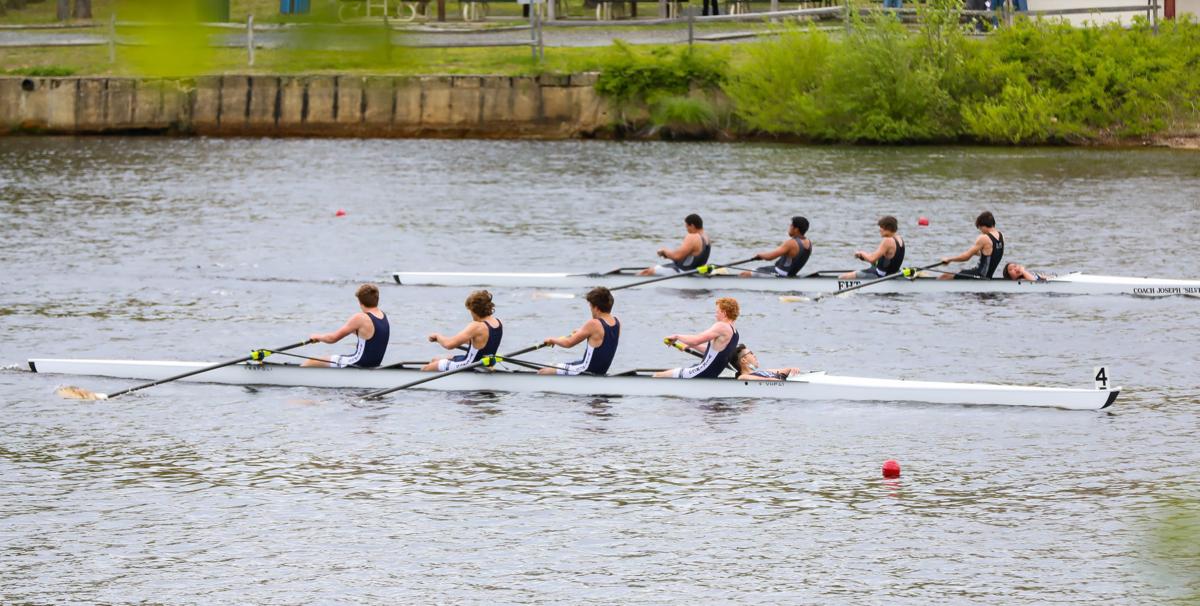 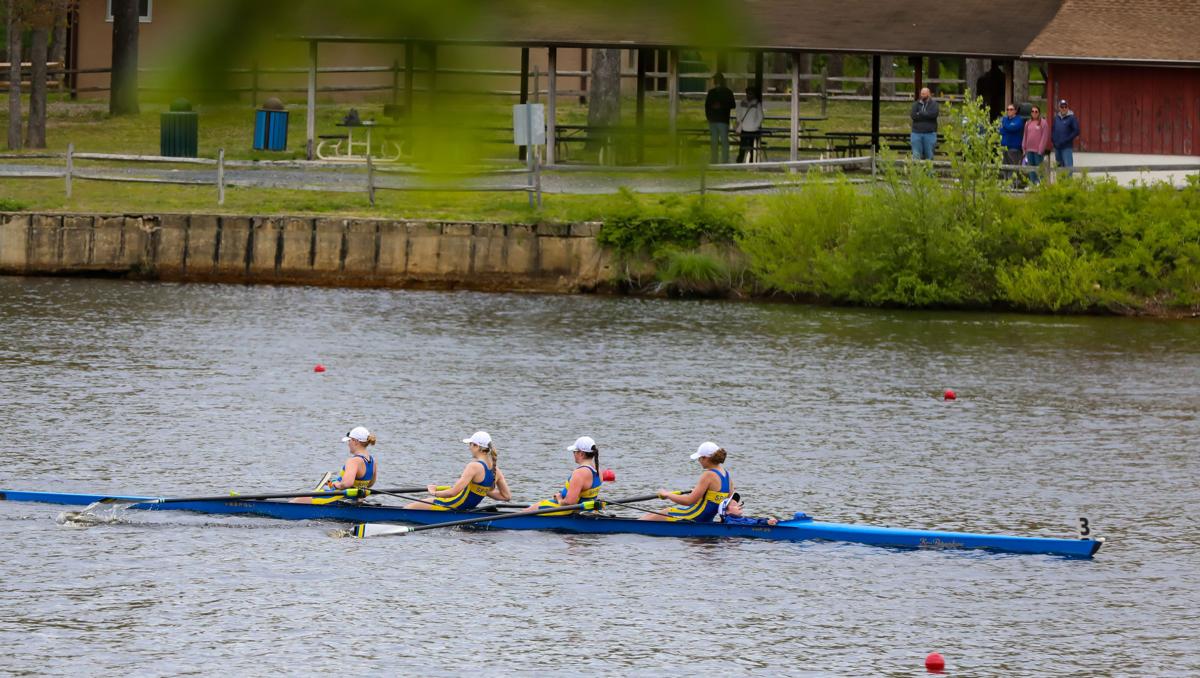 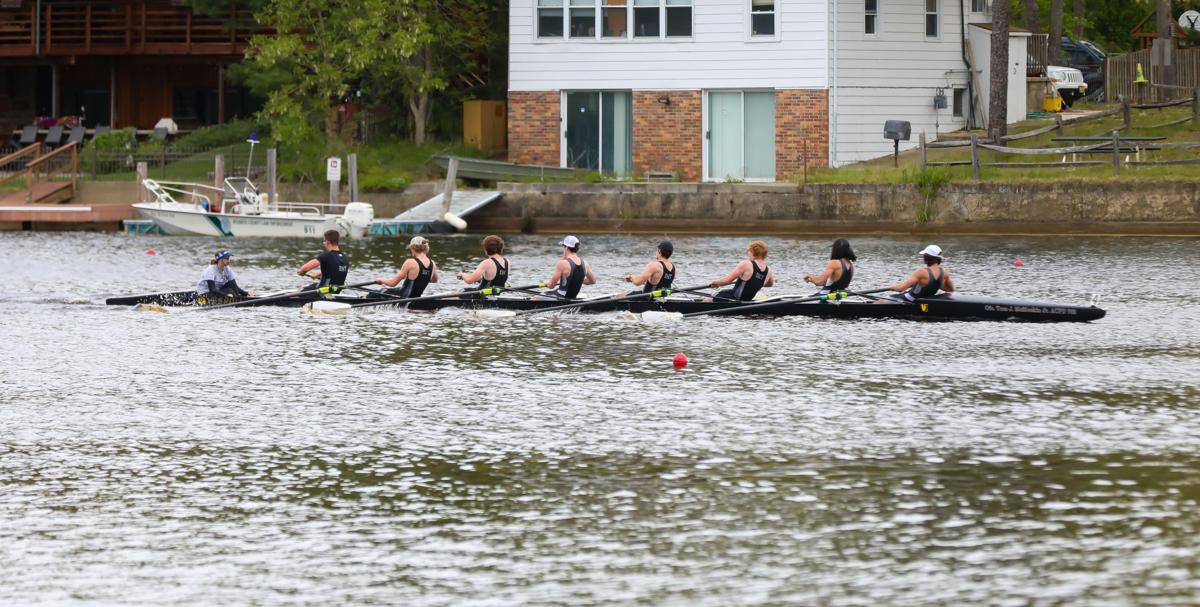 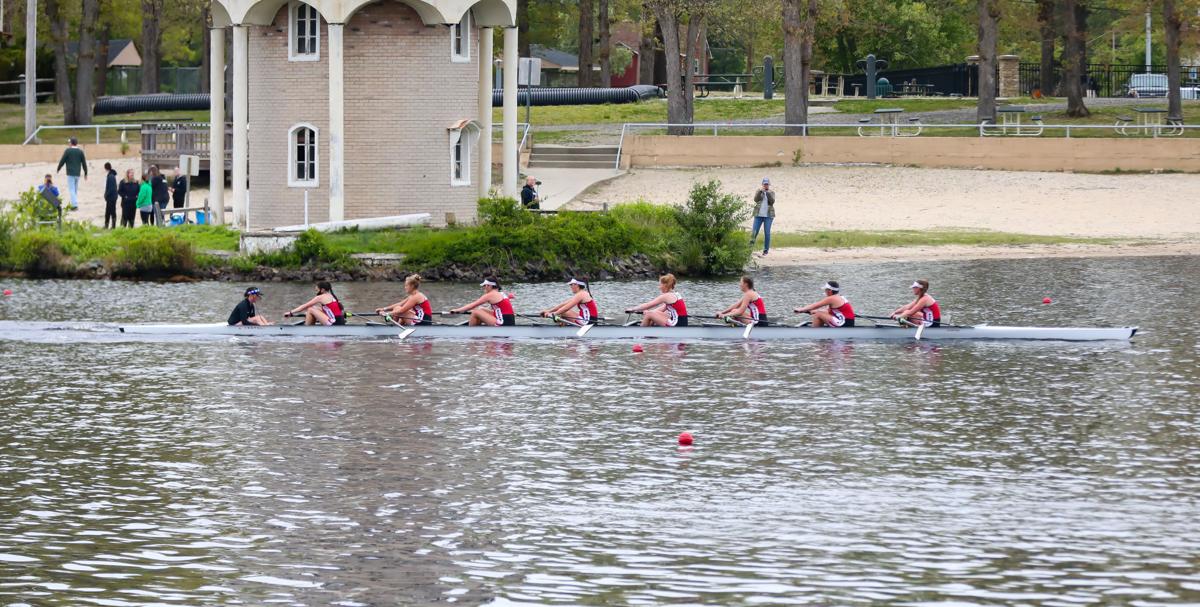 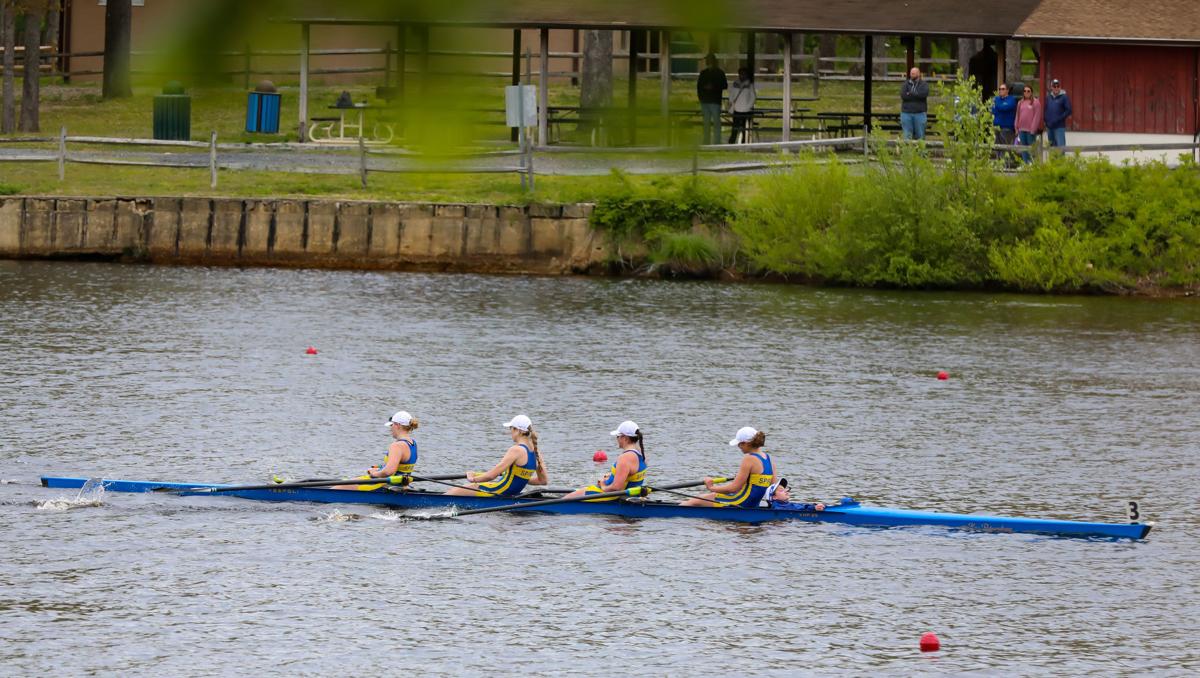 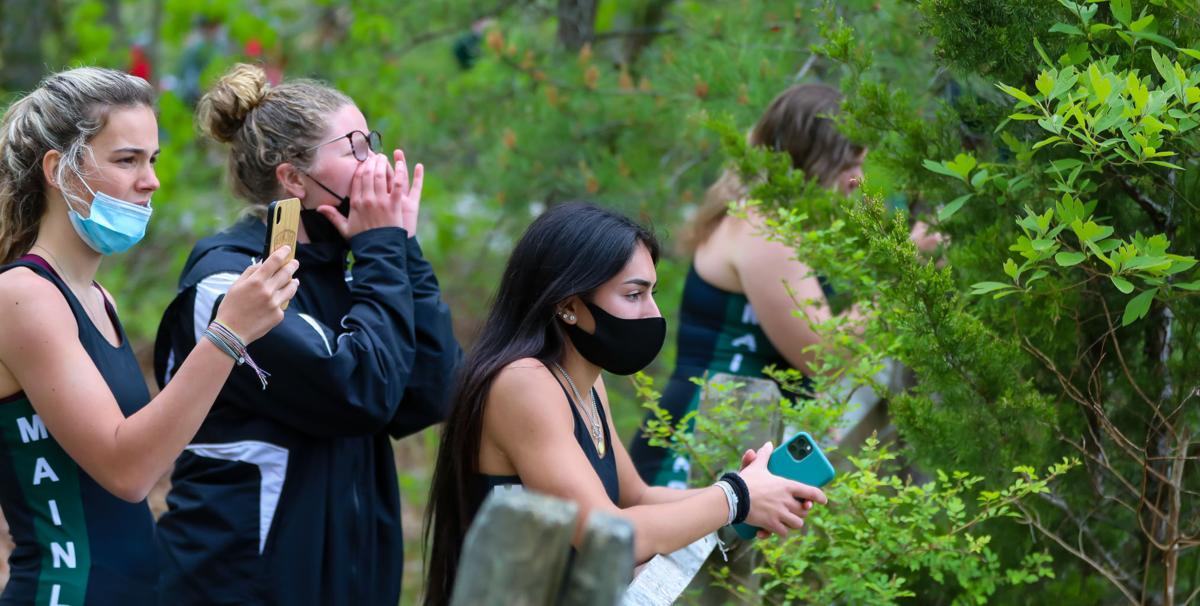 Mainland Regional rowers cheer on their team during the Atlantic County Rowing Championships on Sunday. 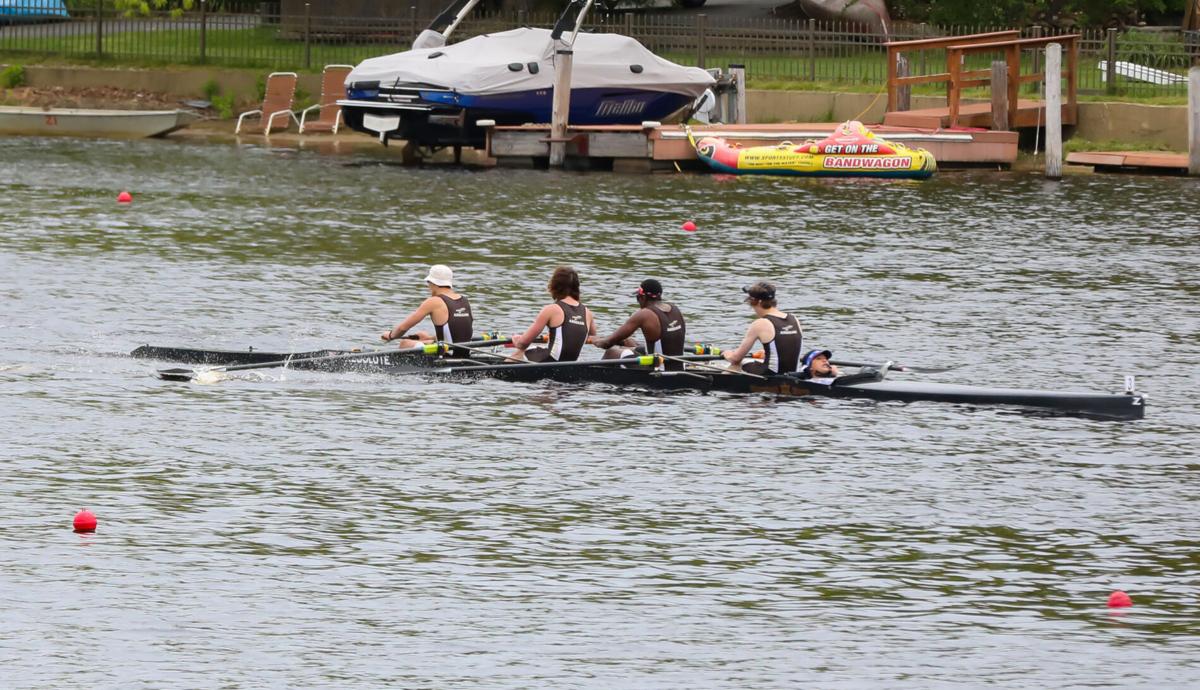 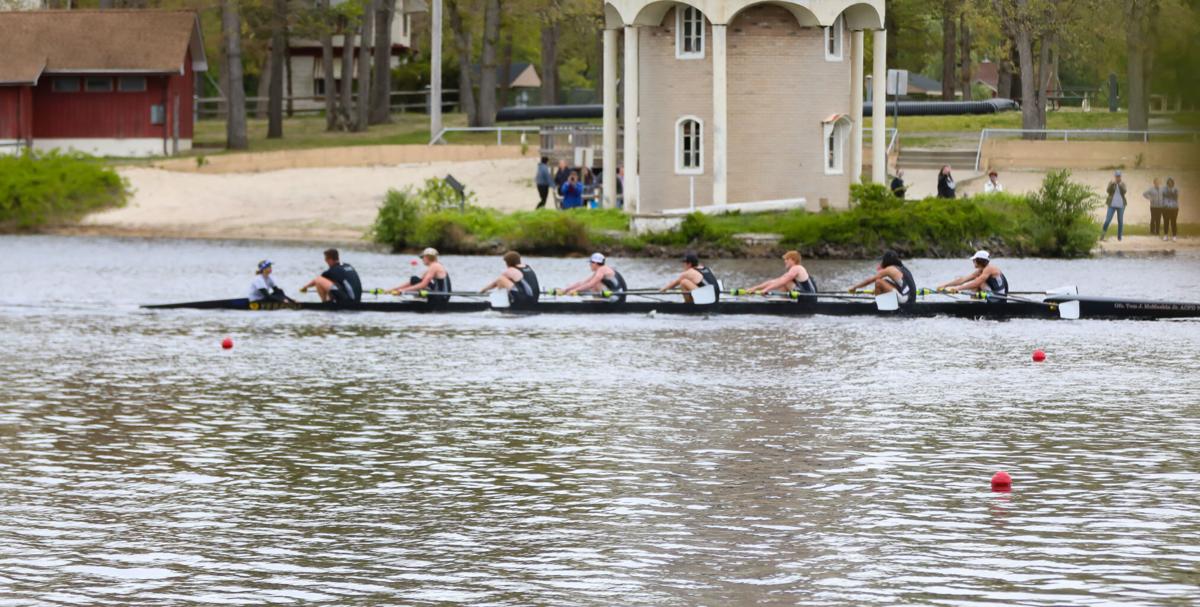 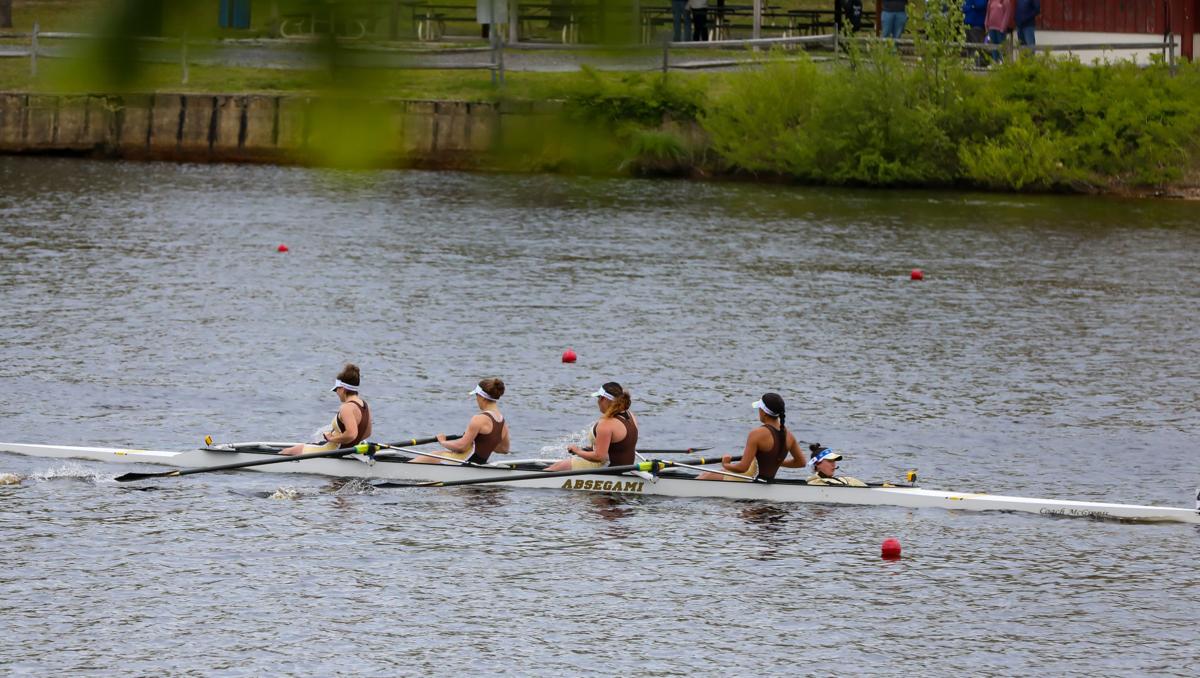 “Awesome,” said EHT boys crew coach John Kelley about winning the overall points title. “I’ve been working with the kids three years now, and I’ve watched them grow up and get better. I’m proud of the team. Every kid on the team deserves credit for it, and every kid got credit.”

The Atlantic City girls won the lightweight four and varsity quad races on the way to winning the girls championship.

“That (winning the trophy) was a shocker, but we won two races and placed in some others,” Atlantic City girls crew coach Sean Duffey said. “It’s a surprise, because we only have 20 girls, but they love to race and they raced well today.”

St. Augustine won the boys second eight race and placed in other races to win the team boys title.

“I thought the team raced very well today,” St. Augustine coach Ray D’Amico said. “It was a different year but a fulfilling year. Everyone on our team competed for a medal today, and that was the goal. Winning the points trophy was the cherry on the cake.”

“We only beat St. Augustine by 1.5 seconds last week (EHT took third at the Philadelphia City Championships), but we had a real good week of practice and made some rigging adjustments in the boat,” said Kent, an 18-year-old senior. “We had a real good race. Now we’ll focus on getting faster for the Stotesbury Cup (on Friday and Saturday in Philadelphia).”

“It was a good race, and it went well,” said O’Keefe, a senior and Brigantine resident. “It was our last Lake Lenape race, and we gave it our all. It’s been two years since we’ve been in a medal race, and it’s nice to get a trophy and have it be gold.”

LINWOOD — Despite plenty of reasons to get rattled, the Mainland Regional High School baseball team has stayed calm throughout the state tournament.

Forget about the beach and the boardwalk.

BROOKLAWN — Jayden Shertel transferred in the middle of his senior year and joined the Holy Spirit High School baseball team.

Ocean City wins S.J. semifinal; will play for title at Mainland on Friday

OCEAN CITY — It all happened with two outs.

Mainland Regional rowers cheer on their team during the Atlantic County Rowing Championships on Sunday.