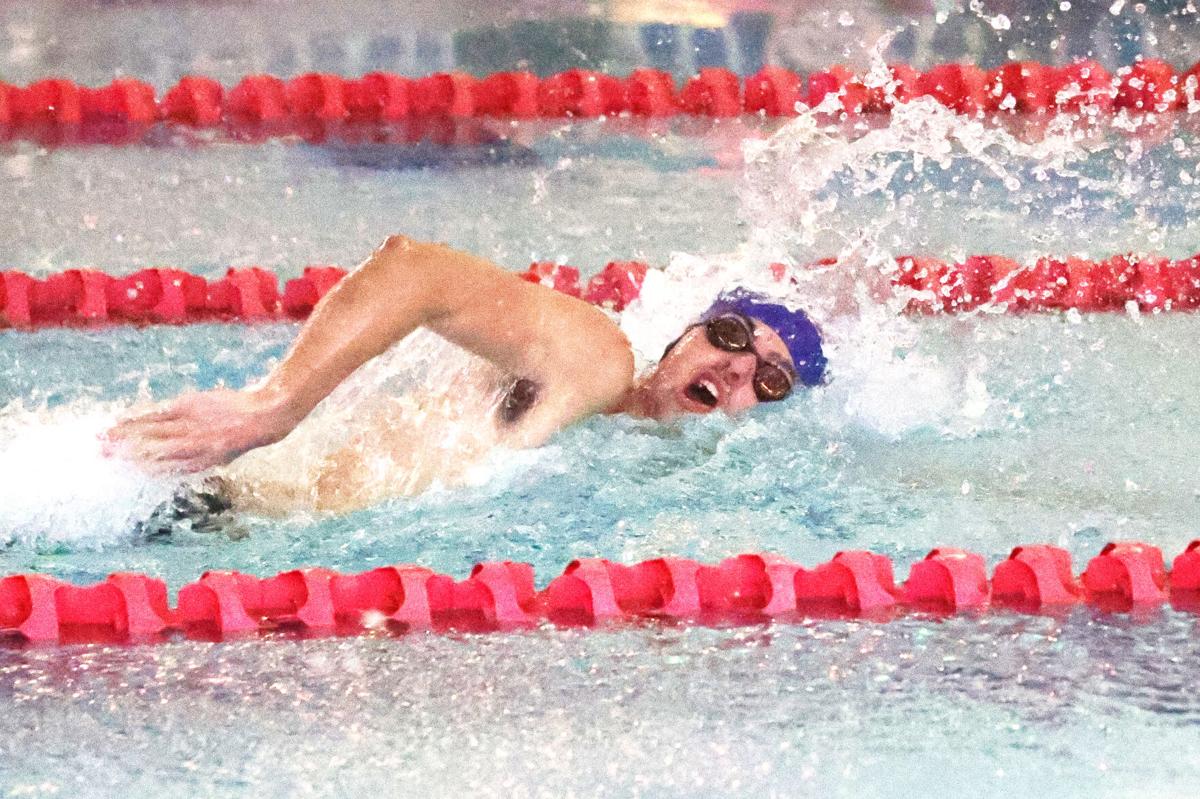 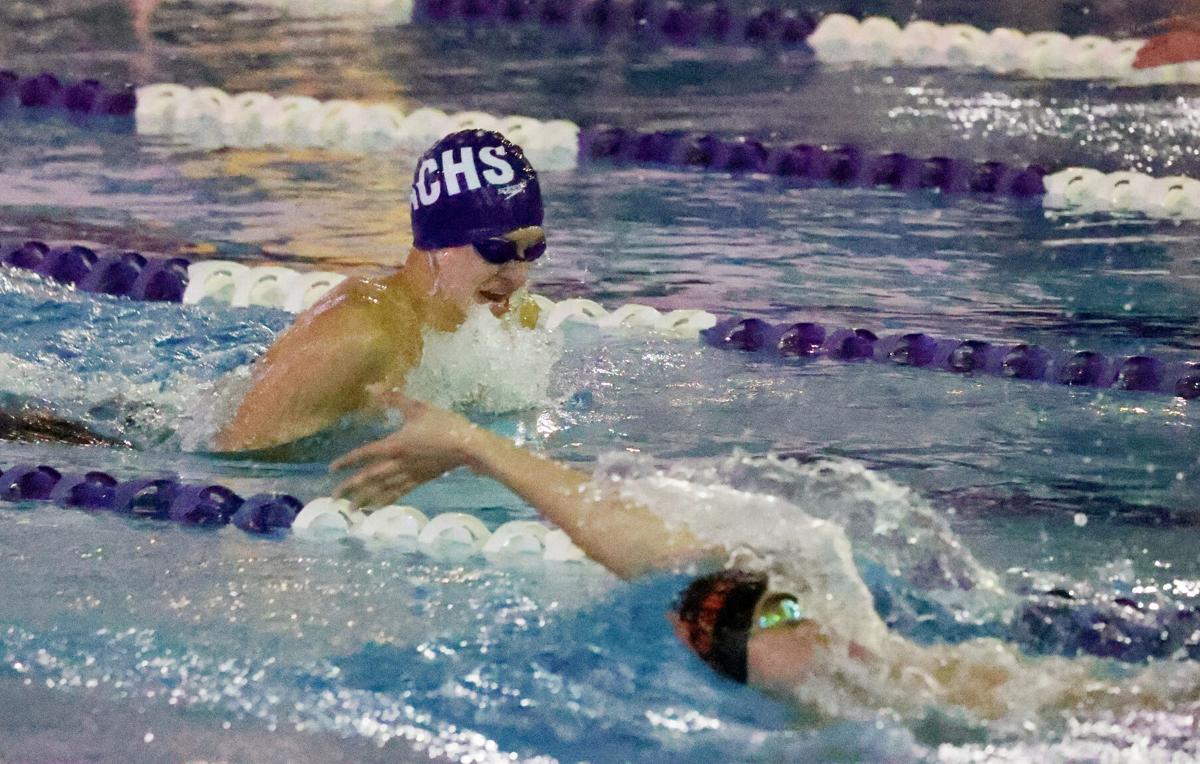 “I think we did really well (Wednesday),” Fox, 17, said. “I think this is a good starting point. A good starting meet. I think we are seeing a lot of best times, and everyone is excited to be swimming.

“I think everyone did really well.”

Sahl is a first-year swimmer for the Vikings. The junior was pleased with the team’s performance, but he was quick to put Wednesday behind him, saying he and his teammates still need to improve in some areas. And, having great leadership this season will help the team grow, he said.

“I think we did pretty well,” Sahl, 16, said. “I’m looking forward to seeing what we can do in the future. The team is looking pretty strong this year. I think we will do well in the future.”

“It was exciting to race with my sister for the first time,” said Megan, noting that her older sister, Madelyn, graduated last year and she was looking forward to swimming with another sibling.

“It was really fun. I was in a relay with her, and I never got to race with her, so that was fun.”

Atlantic City girls coach Sean Duffey was pleased with the season-opening win. But, he was more excited to just be back to normal. Last year, the season was cut short and delayed due to the pandemic, and no fans were allowed in the pool area to watch and cheer.

The atmosphere was different Wednesday.

Spectators filled the stands, and there were cheers from not just teammates and coaches, but from fans, parents and friends.

“Having fans definitely helps,” Duffey said. “The girls are working hard. They are picking up where they left off. They are swimming fast. I’m excited for the season.”

“We have been training really hard the past couple of weeks, but you have to give credit to Middle Township,” Atlantic City boys coach Kris Ciuro said. “Middle did a great job coming out here, and they swam just as well. We just had more going our way. Guys have a great work ethic here, and go beyond what we ask of them.”

Haney, Graybill, Nguyen and Sahl won the 400 freestyle relay (4:07.64). Haney and Nguyen each won two individual races, and swam legs in two winning relays. Graybill also had a part in some winning relays and won an individual event. Ciuro called each of them hard workers, and great to have a part of the program.

ACIT's Speer hooked on hoops — and crocheting: My Life

Grace Speer is passionate about basketball.

My Life: It's more than sports for Mainland's Camryn Dirkes

Mays Landing doctor Mukesh Roy and his brother Pryia help bring the Metro Classic back to New Jersey: Must Win

Trio of referees has been officiating football for 50 years

CULLMAN, Ala. — Just call them The Three Musketeers.

Two from Lower, one from St. Augustine place at Beast of the East in Delaware

The Lower Cape May Regional, Holy Spirit and St. Augustine Prep wrestling teams traveled to University of Delaware on Saturday and Sunday to c…