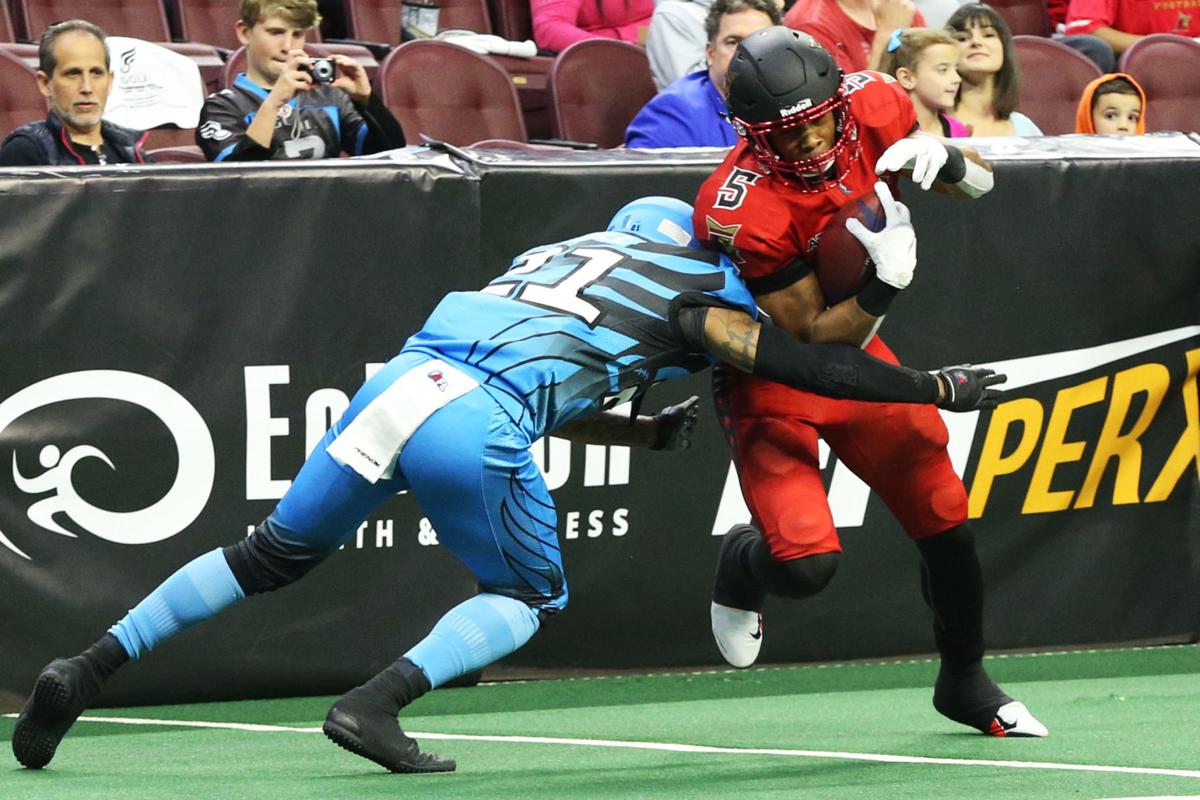 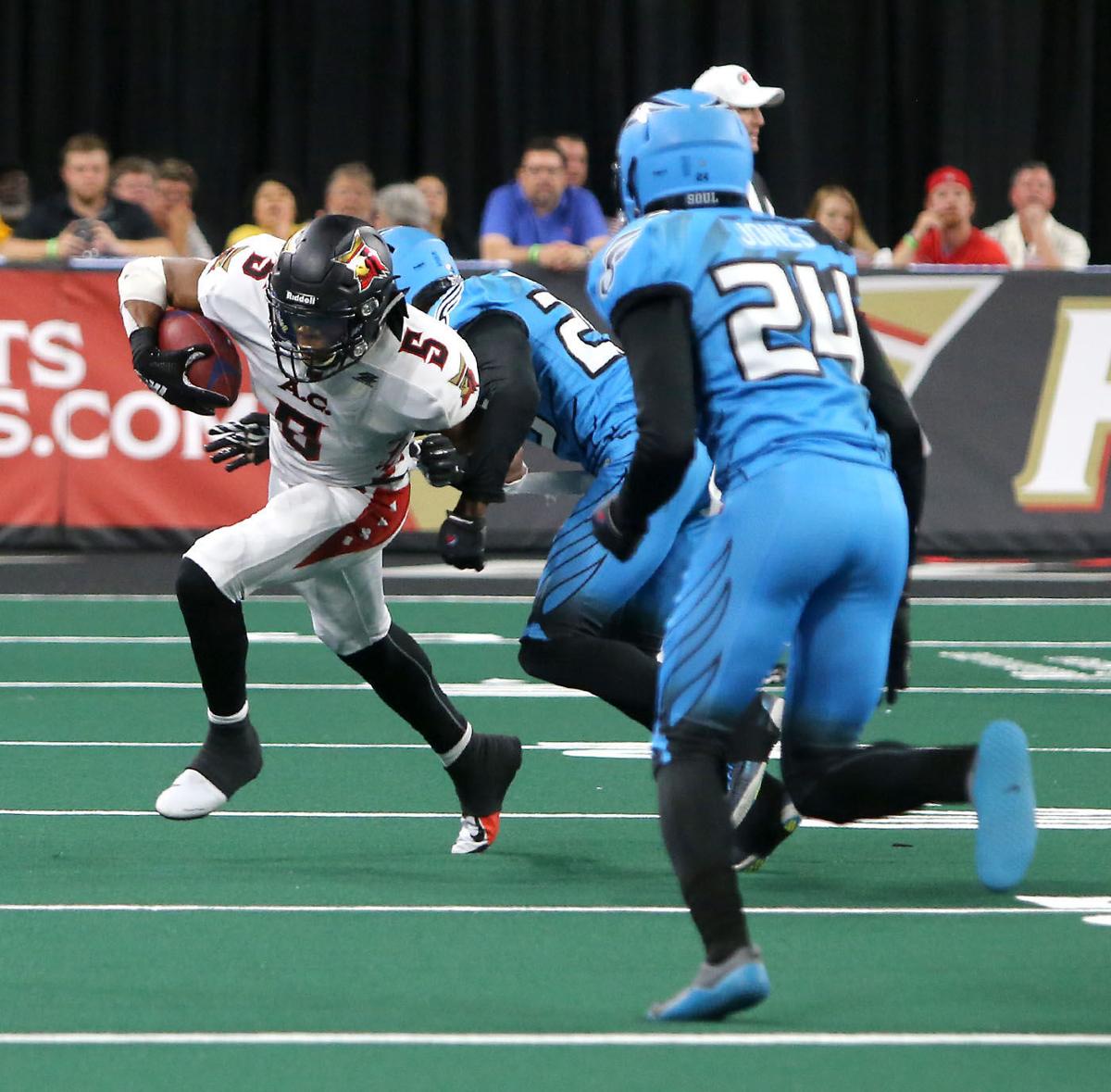 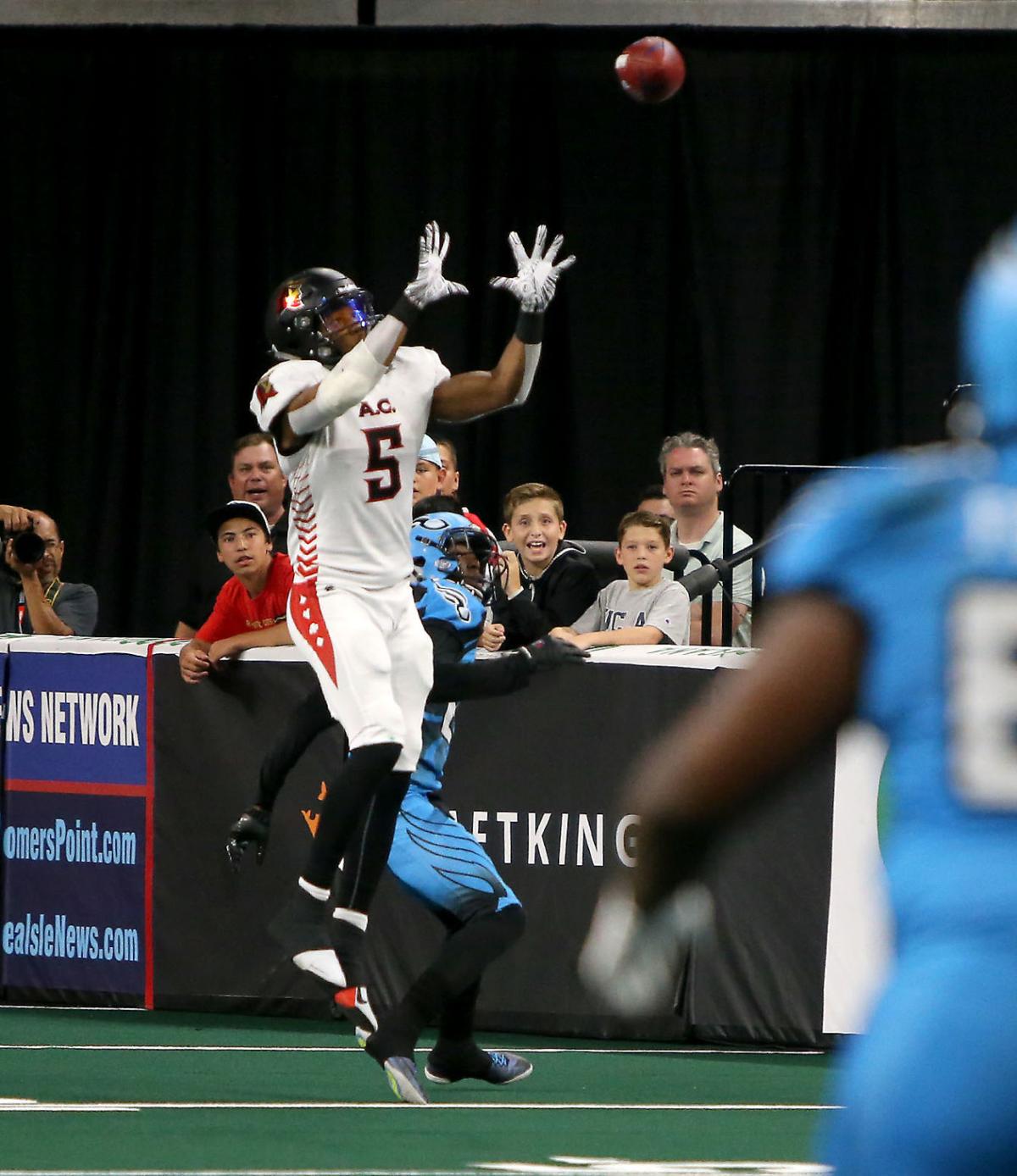 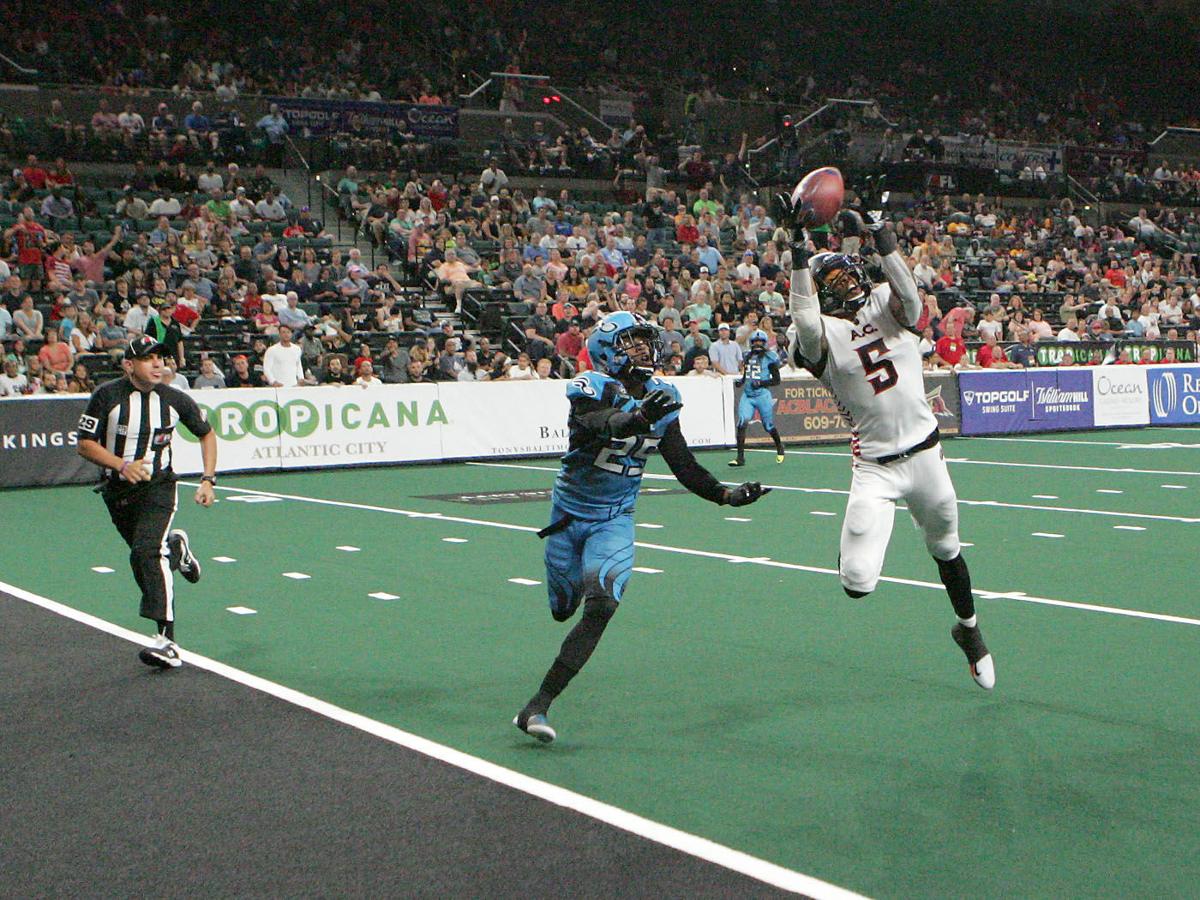 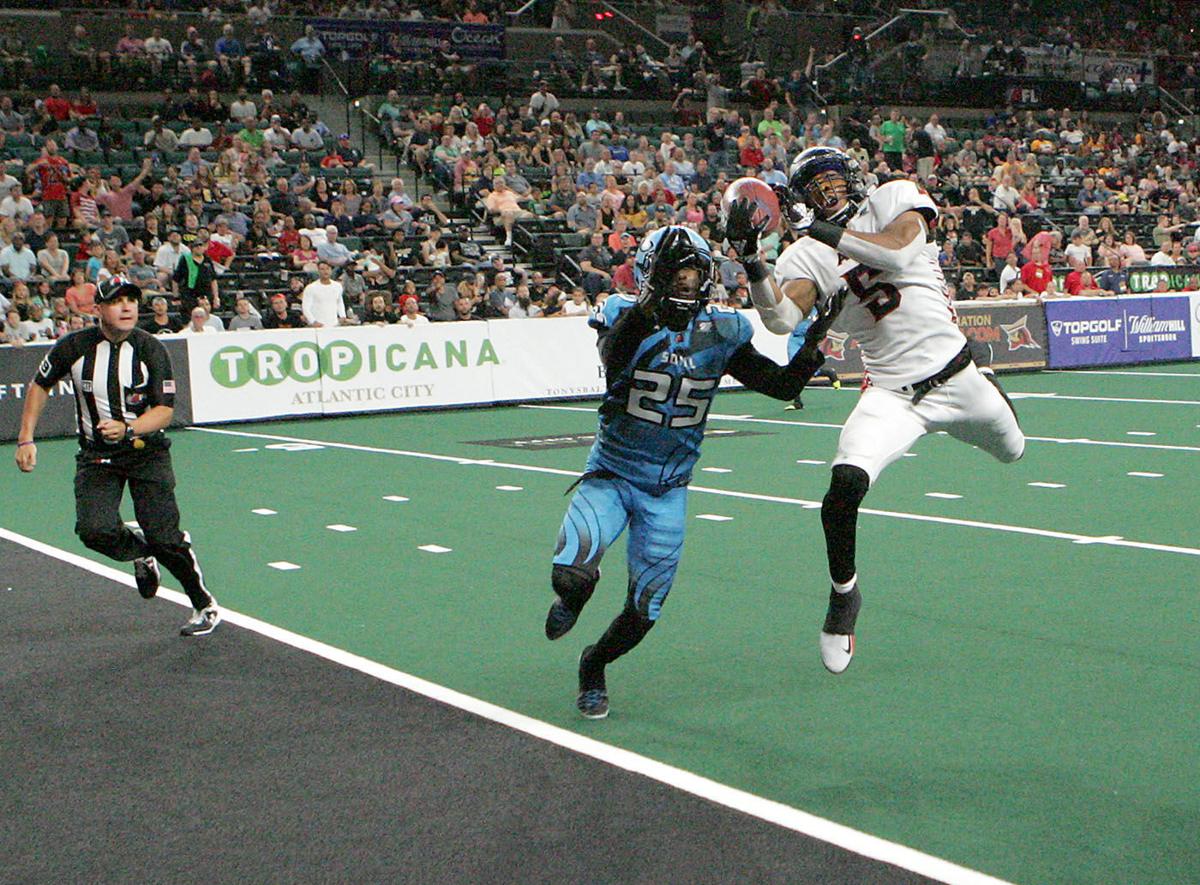 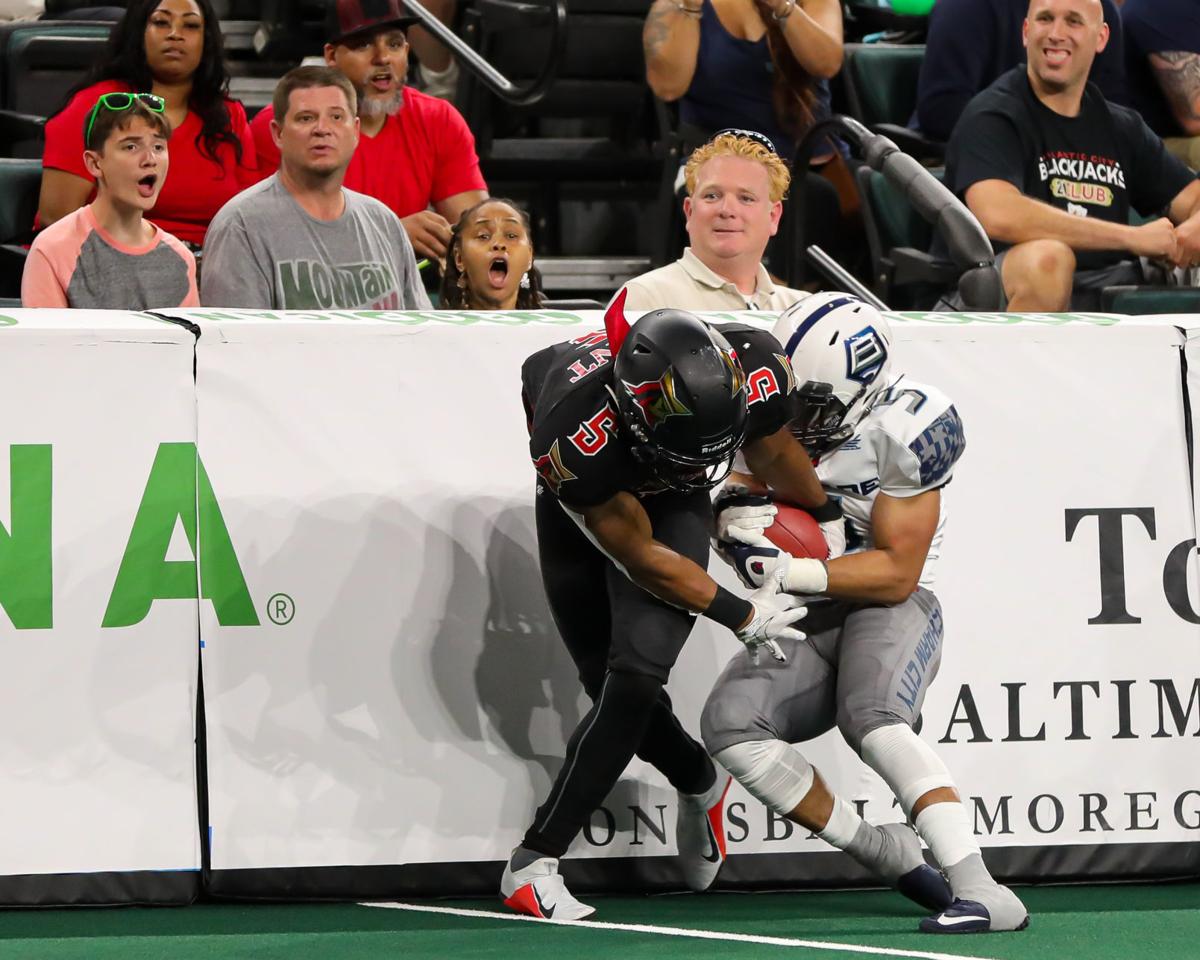 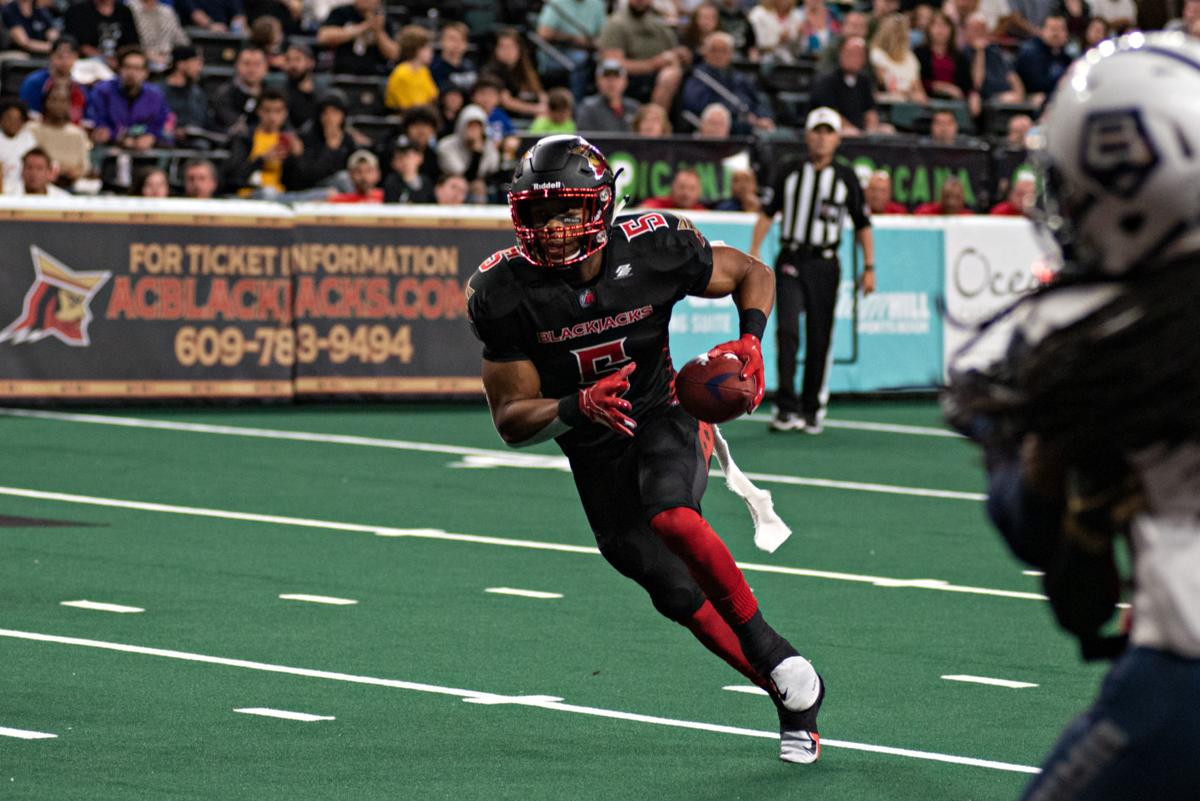 The Atlantic City Blackjacks are a thing of the past.

Only months after their relatively successful inaugural season in the resort, the Arena Football League suspended operations and filed for Chapter 7 bankruptcy on Nov. 27, 2019.

Another professional sports franchise was over in Atlantic City.

The NAL season, however, was canceled this summer due to the COVID-19 pandemic. The Flight re-signed Smith for the 2021 season in September. He is set to start his eighth year in indoor football, but Grant hasn’t signed a new deal in the NAL.

“It was, of course, tough for everybody,” said Grant, who earned a share of the AFL Rookie of the Year award in 2019. “But for me personally, it was tough because you get your hopes so high.”

Grant plans to play in the Canadian Football League next season, having drawn interest from the Toronto Argonauts and the Vancouver Lions. The standout wide receiver had been invited to go to training camp last year with the Argonauts, but the pandemic also led to the cancellation of the CFL season and shut down the United States-Canada border.

The 28-year-old Wilmington, Delaware, resident is a counselor at Mathematics Civics Science Charter Schools of Philadelphia. Grant left that position when he signed with the Pirates and was able to find his way back to the school when his football career was put on hold.

“I was in a good situation (at MCSCS) but I wasn’t going to turn down the opportunity to play football,” Grant said. “I still have a lot in me. I made the choice to leave the school, but it was hard because I left a good situation and thought I was going to another good situation.”

Grant also competed with the Saskatchewan Roughriders of the CFL in 2017.

“Hopefully, with God at the forefront, we have football back in 2021,” Grant said. “It’s hard for everyone not having football but, for me, my story is definitely unwritten.”

Grant lives with his son, Treyce Makai Grant, 6, and wife, Raquel Dovales. He plans on being the wide receivers coach next fall at Roman Catholic, a powerhouse in the Philadelphia Catholic League.

But despite being out of the area, his love remains for Atlantic City.

Grant competed in a 7-on-7 tournament in Atlantic City on Oct. 4 with Smith, who Grant praised, and former Philadelphia Soul players Dwayne Hollis and Darius Reynolds. Grant said he still visits the resort when he can and enjoyed — and misses — his time playing at Boardwalk Hall.

“Listen, Atlantic City, yeah man, that is my second home,” Grant said. “If the AFL ever comes back, I am going right back to Atlantic City.”

Grant had a team-leading 1,012 receiving yards in the Blackjacks’ only season in 2019. In the last six games of that campaign, the wide receiver produced five 100-plus yard outings and scored 14 of his 15 receiving touchdowns.

Grant had 11 receptions for 180 yards and four touchdowns against the eventual champions that year, the Albany Empire, and, despite losing 61-63, that was his favorite memory. Grant also had two rushing touchdowns with the Blackjacks.

“It was definitely fun,” Grant said about his time in Atlantic City. “It was memorable.”

Grant played at Nassau Community College in New York and Western Kentucky University. He was signed as an undrafted free agent with the Cincinnati Bengals in 2016. Grant was also named to the AFL All-Arena second-team after his stint with the Blackjacks.

Grant said his past experiences helped him succeed in the AFL, which will only help with his future in the CFL. The AFL field is smaller, and the game is faster, so Grant improved his route running, ability to read defenses and play at a quicker pace.

“It helped in a lot of different ways,” Grant said. “Being able to have some more awareness and IQ and a good feel of the game off the field, it definitely helped in that aspect.”

Which pending free agents should the Eagles make an effort to keep?

It’s hard to say what sort of talent the Philadelphia Eagles might be able to bring in through free agency, given that the team currently is a…

There were some fans who were surprised and disappointed Monday when star defensive end J.J. Watt signed with the Cardinals.

Would it be a classy affair, with shrimp cocktail and cigars? The Weeknd’s promotional materials for the Pepsi Super Bowl Halftime Show in Tampa seemed to suggest indulgence, suits and leather driving gloves and Champagne on ice.

Mike Sielski: Eagles misread Carson Wentz as a person and a quarterback. This trade is the result of that failure.

The drive from Bloomington, Minn., to Fargo, N.D., on the morning of Jan. 30, 2018, five days before the Eagles’ victory in Super Bowl LII, was 3 hours and 45 minutes of earth tones and silence, of the occasional farmhouse amid vast farmland, of a sky without even a bird to puncture the endless gray.

Mike Preston: Social media has changed the narrative for NFL players, and it is not good

National Football League head coaches are spending as much time monitoring their players on social media as they are drawing up and installing plays.

Steelers president Art Rooney II told quarterback Ben Roethlisberger on Tuesday the team wants him to return for the 2021 season, agent Ryan Tollner and other sources told the Post-Gazette. 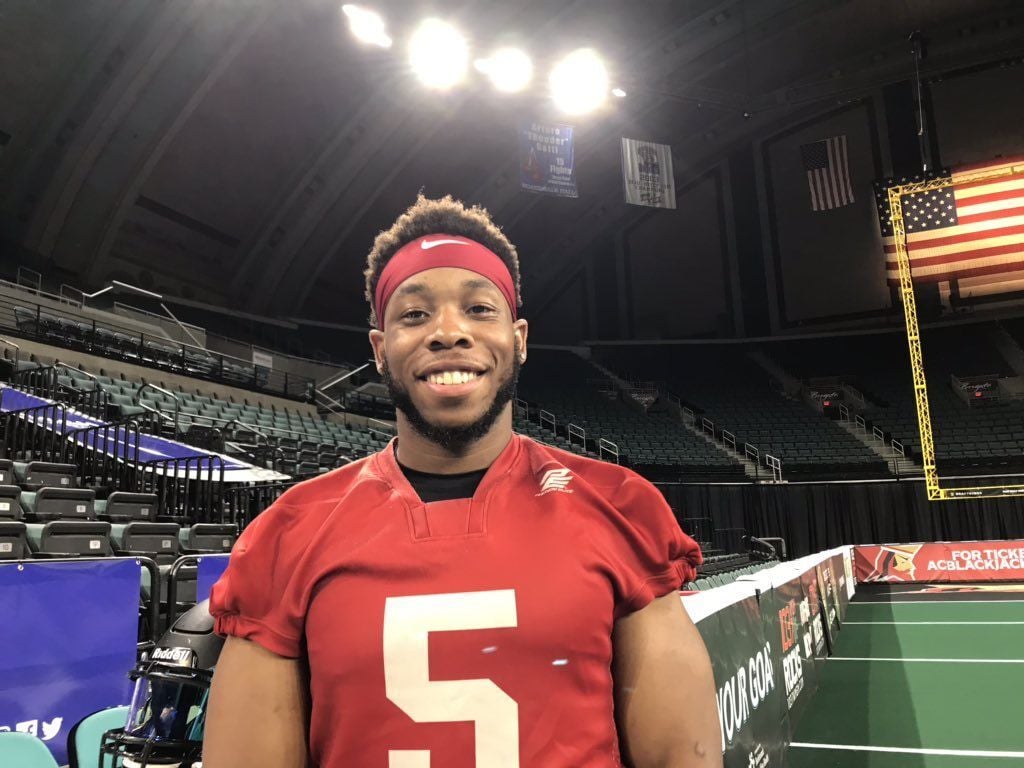