The Stockton University baseball and softball teams will compete in their conference tournaments this week.

The New Jersey Athletic Conference champions will advance to their respective NCAA Division III tournaments. The Ospreys have never won either tournament.

Tuesday’s winner will advance to the best-of-three quarterfinals against top-seeded Rowan in Glassboro. Games 1 and 2 will be played Friday at noon and 4 p.m. Game 3, if necessary, would be played at 2 p.m. Saturday.

The series winner will advance to play either No. 4 Montclair State or No. 5 Kean in a best-of-three semifinal series May 14-15 at the home of the higher seed.

The lower half of the bracket includes No. 10 Rutgers-Newark, No. 7 Rutgers-Camden, No. 6 The College of New Jersey, No. 3 Ramapo and No. 2 William Paterson.The best-of-three championship series will be played May 21-22 at the home of the higher seed. TCNJ won the 2019 championship, and the 2020 season was canceled due to the pandemic.

Games 1 and 2 will be played Friday at 2 and 5 p.m. Game 3, if necessary, would be played at 2 p.m. Saturday. The teams split their April 18 doubleheader.

The top half of the bracket includes No. 9 Rutgers-Newark, No. 8 Ramapo, No. 5 William Paterson, No. 4 Kean and top-seeded Rowan. 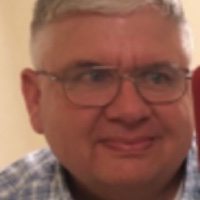