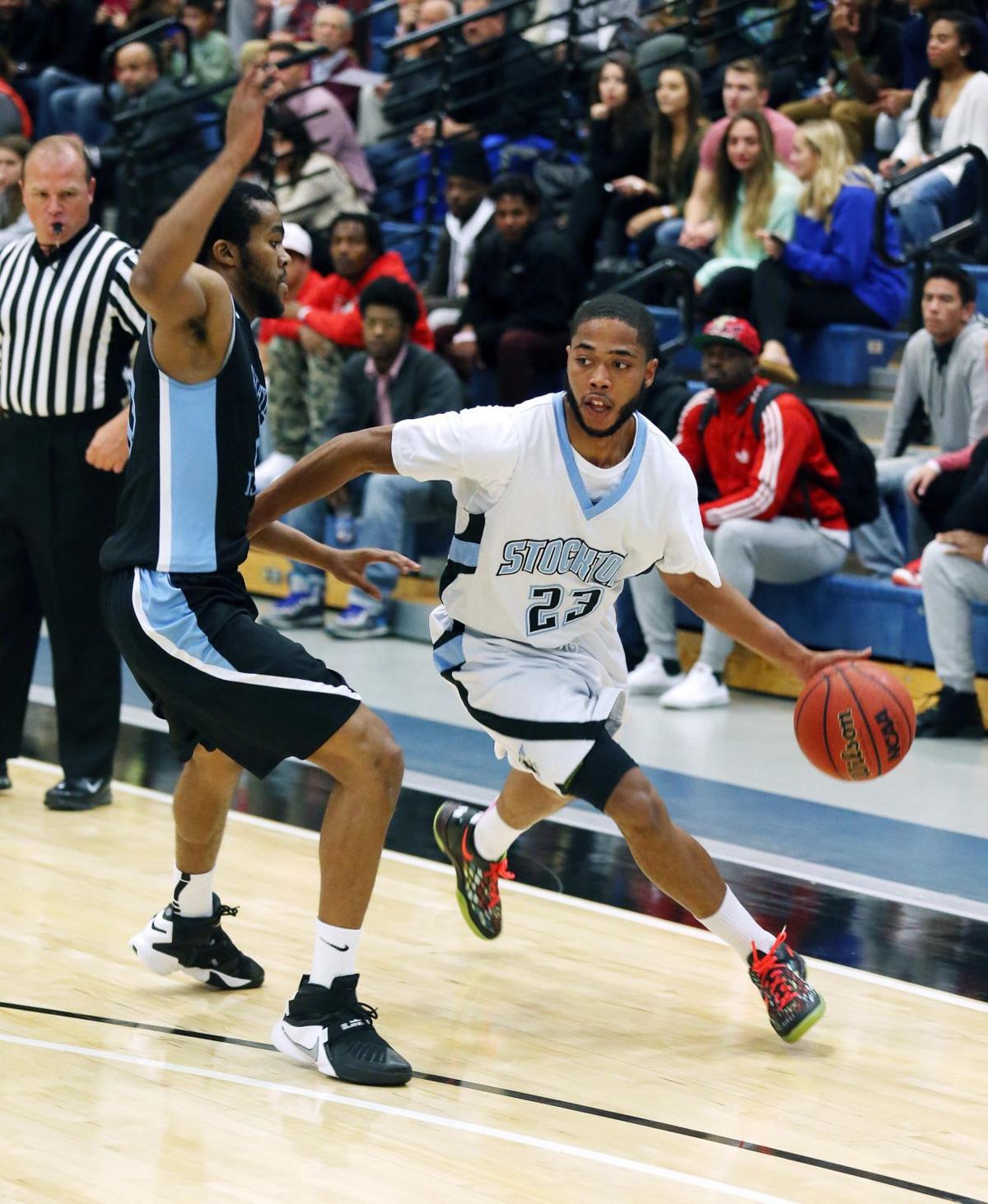 Stockton’s Armin Cane #23, right drives to the basket against Staten Island’s Khari Rollock #20, left during the first half of season opener for Stockton University Tuesday, Nov 17, 2015. 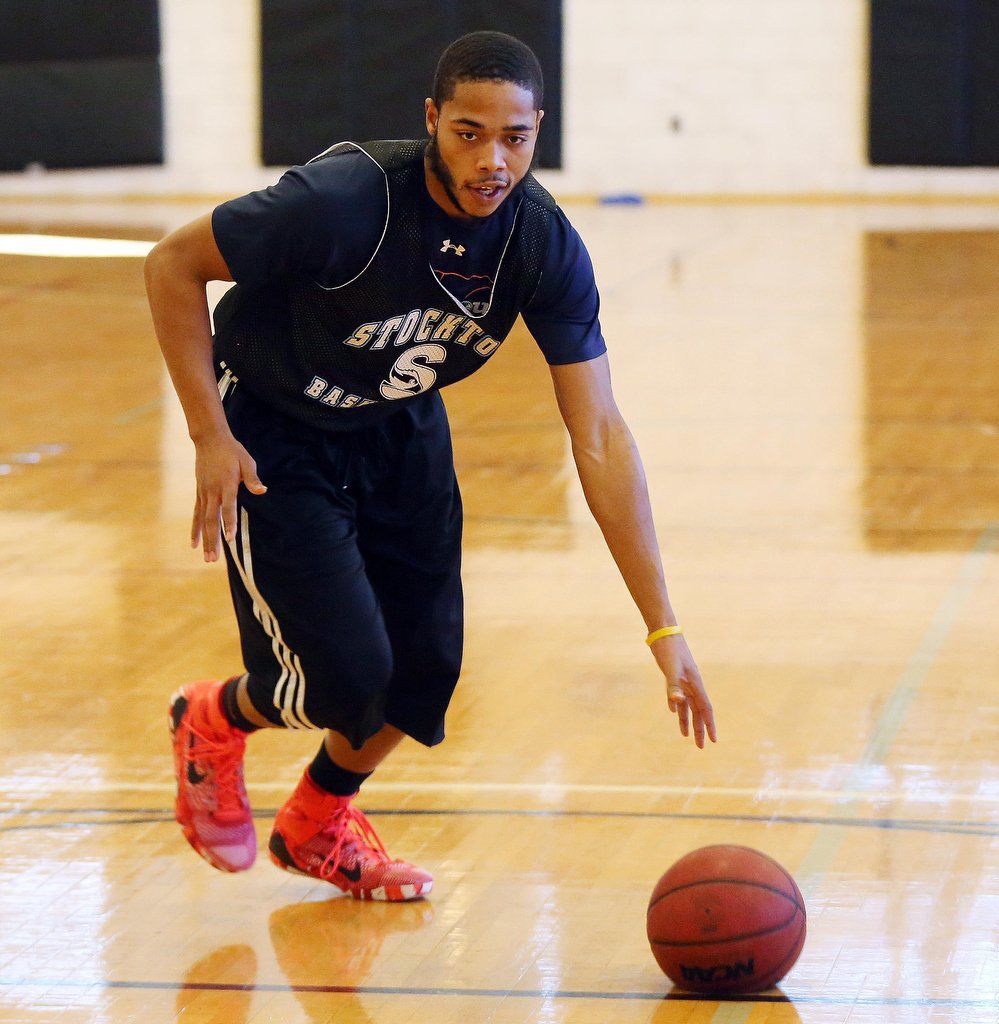 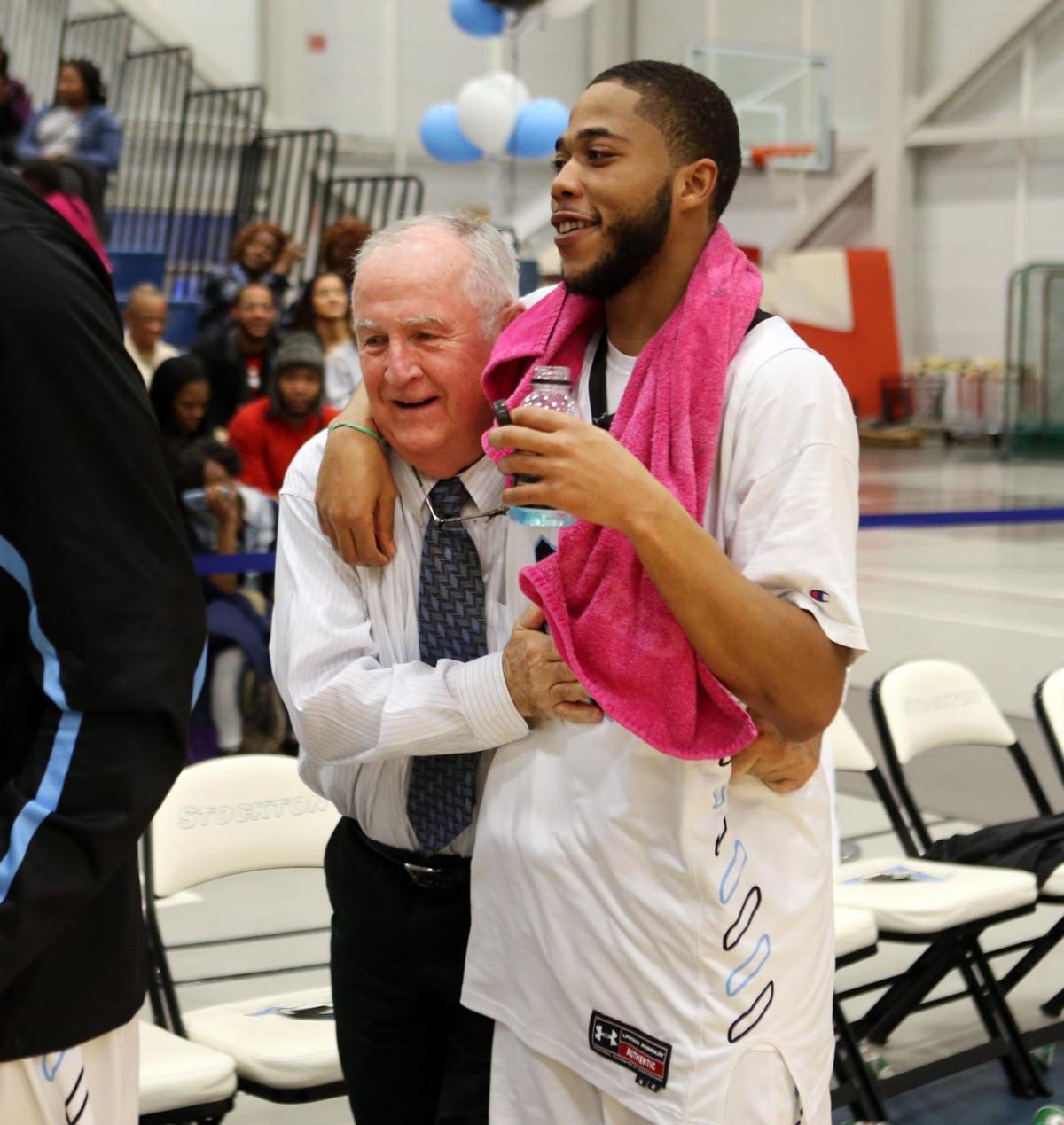 But these past few months have not felt the same.

The 2011 Pleasantville High School graduate has not been home since last summer due to the COVID-19 pandemic. Normally, he would have a week or two to come back to South Jersey.

“This year has been really tough, because you can’t travel back and forth,” Cane said Saturday from his hotel in Oradea, Romania, via WhatsApp. “This year has been more tough than all the other seasons, but I talk to my family and friends every day, so that helps the time go by pretty fast.”

Cane will be able to come home after this season ends around May. Until then, he will continue to dominate the Romanian National League.

Cane is averaging 14.4 points per game for the CS Dinamo Bucuresti (6-3). The former Stockton University and Atlantic Cape Community College standout is shooting 56.9% from the field, 39.5% from 3-point range and 72% from the free-throw line. He averages 3.7 rebounds and two assists.

“I think the energy that my team puts on defense helps us out a lot,” said Cane, 27, who noted practicing against a tough defense has improved his game. “A lot of teams might not be used to practicing with so much aggression on defense the way we practice. We create a lot of turnovers that lead to easy points.”

“The coach here (Antonis Konstantinides) believes in me and has given me the opportunity to go out there and play my game,” Cane said. “As long as you go out and do your job and play good defense, (then) on offense you just show what you can do.”

“There aren’t many guys that loved basketball more than him,” said Stockton coach Scott Bittner, who was an assistant under former head coach Gerry Matthews when Cane played for the Ospreys. “He worked as hard on his own as anybody we’ve had. He is very motivated.”

Cane was an NJAC first-team selection as a senior and an honorable mention as a junior, helping the Ospreys finish 44-15. He played two seasons at ACCC before transferring to Stockton. He was a third-team Press All-Star as a senior at Pleasantville.

Bittner called the point guard intrinsic, noting Cane never had a bad personality and was like a sponge, always willing to learn as much as possible.

“He just got better and better and was as coachable, maybe more, than anyone I ever coached in terms of letting you get on him,” Bittner said. “You could challenge him, and he would let you coach the heck out of him, and all he would do is smile and say ‘yes, coach.’ I‘m not sure I enjoyed coaching a kid more than (Cane). I’m not sure there is anything more fun as a coach than to have a kid that just wants to be in the gym everyday and smiles and laughs.”

Cane played with three teams in Finland in the 2018-19 season, climbing up from the third division to the top by the end of the campaign. Last season, he played with CS Dinamo București, having a small role as he adjusted to the higher level of competition. But he now has a larger role this season and is more comfortable, which is showing.

“The competition is high, but that’s what makes you a great player,” Cane said. “Just by being able to play against those good players and showing you can be one of those players too.”

During the summer, Cane would normally work out on the beach with other athletes around Pleasantville. Cane wants to show athletes from Pleasantville High School that anything is possible, using his journey from ACCC to Stockton to now playing professionally overseas as an example.

“Playing overseas has been a dream come true,” Cane said.

Some other notable Stockton players who compete overseas or have competed in more advanced leagues are 2015 graduate Josh Blamon, who played in the NBA G-League in 2017, and 2020 graduate Jordan Taylor, who is playing with the Erebuni Yerevan in Armenia.

“I think one of the reasons is we tend to recruit good kids, like (Cane),” Bittner said. “And that is an important part of it. The culture is different. You have to be able to thrive in different environments and cultures, so that’s part of it.”

“I love him,” Bittner said. “I miss coaching him and how happy he was every day. He was a pleasure to coach.”

The delayed, shortened and then further abbreviated Stockton University basketball seasons will continue this week in their conference tournaments.

Embiid scores 42, but Sixers lose in OT at home to Cavaliers

PHILADELPHIA — “Preparation, Process, Parade” is a mantra Doc Rivers has the 76ers focusing on this season.

Aggies reach best-ever ranking of No. 2 in women's AP Top 25

Texas A&M moved up to No. 2, its highest ranking ever in The Associated Press women’s college basketball poll, a day after winning its fir…

What is ‘NBA Top Shot’? Latest sports craze topped $130 million in sales in a week.

On first glance the concept sounds like a preposterous scam. A person can bid to buy a specific NBA highlight video that is already a few clicks away via YouTube or Twitter.

Ohio State and Alabama competing for a national championship is hardly an unusual occurrence for either school.

PHILADELPHIA — Shake Milton shook off a defender with a crossover that sent the 76ers into a frenzy, and Furkan Korkmaz buried 3-pointers that…

Nets head coach Steve Nash expects Kevin Durant (hamstring) to return to play before the March 7 All-Star Game in Atlanta, but is not putting any pressure on the star forward to come back before he’s ready.

IRVING, Texas — The Big 12 has scheduled a dozen makeup games next week in the break the conference had left open for such games before the st…

Stockton’s Armin Cane #23, right drives to the basket against Staten Island’s Khari Rollock #20, left during the first half of season opener for Stockton University Tuesday, Nov 17, 2015.