Warren, a St. Augustine Prep graduate, went back to Reading after getting roughed up in two appearances with the IronPigs. The 25-year-old allowed nine total runs in 1¹/³ innings.

In 113 career minor-league appearances, he had a 3.16 ERA with 253 strikeouts in 171 innings. The Vineland resident was selected in the 14th round of the 2017 draft by the Phillies.

Here are more updates on 11 area players, with stats through Thursday:

Triple ARHP Mike Adams (Holy Spirit), 26, had made two appearances with the Lehigh Valley IronPigs (Philadelphia Phillies), allowing a run on two hits and two walks in 1²/³ innings. In 16 minor-league games, he was 1-1 with a 7.30 ERA and 13 strikeouts in 12¹/³ innings.

The Egg Harbor Township resident was signed by the Phillies in January after he impressed scouts with his 98 mph fastball during a tryout.

RHP Joe Gatto, 26, has made four appearances for the Round Rock Express (Texas Rangers), allowing three runs on six hits and three walks, striking out three in six innings in relief.

Gatto, from Hammonton, was selected in the second round of the 2014 draft by the Angels and became a free agent last Nov. 2. On Dec. 3, he signed with the Rangers.

RHP Brett Kennedy (Atlantic City), 26, has been on the injured list since June 7 for the El Paso Chihuahuas (San Diego Padres). He had made six starts this season and was 1-3 with an 11.00 ERA and 14 strikeouts in 18 innings.

RHP Cody Stashak (Oakcrest), 27, was moved to the Minnesota Twins’ 60-day injured list Friday with a left back disc injury. He is with the Triple-A St. Paul Saints.

The Mays Landing resident was selected in the 13th round of the 2015 draft.

3B Buddy Kennedy (Millville), 22, had hit three home runs since being called up to the Amarillo Sod Poodles (Arizona Diamondbacks) on June 21. But he was hitting just .148 (4 for 27) in eight games.

LT Struble (Hammonton), 24, has played for three different teams in the New York Mets system this season. He is currently with the Brooklyn Cyclones and had raised his batting average to .243 (9 for 37) in 15 games.

Single A (low)RHP Sean Mooney (Ocean City), 23, had been on the 7-day injured list with the Fort Myers Mighty Mussels (Minnesota Twins) since June 21. It’s the second injury of the year for Mooney, who is 0-1 with a 0.56 ERA in six games, including five starts, this year. He’d allowed just three runs, one earned, on eight hits and nine walks with 26 strikeouts in 16 innings.

The Somers Point resident was selected in the 12th round of the 2019 draft by the Twins. He made his pro debut May 6.

Rookie LeagueLHP Daniel Nunan (Ocean City) is with the ACL Angels, an Arizona Complex League affiliate of Los Angeles. The 21-year-old from Egg Harbor Township was selected in the 12th round of the 2018 draft. He has yet to pitch this season.

LHP Jake McKenna (Ocean City) is with the FCL Phillies, a Florida Complex League affiliate of Philadelphia. The 19-year-old from Cape May Court House signed a minor-league deal last June. He made his debut, allowing three runs on two hits and two walks, striking out two in an inning in relief.

The first place Chase Petty’s mom, Bonnie, took him after he was born and left the hospital was a Northfield Redbirds youth travel team baseba…

Philadelphia Phillies pitcher Zach Warren works out before a spring training exhibition game against the New York Yankees in March in Clearwater, Florida. 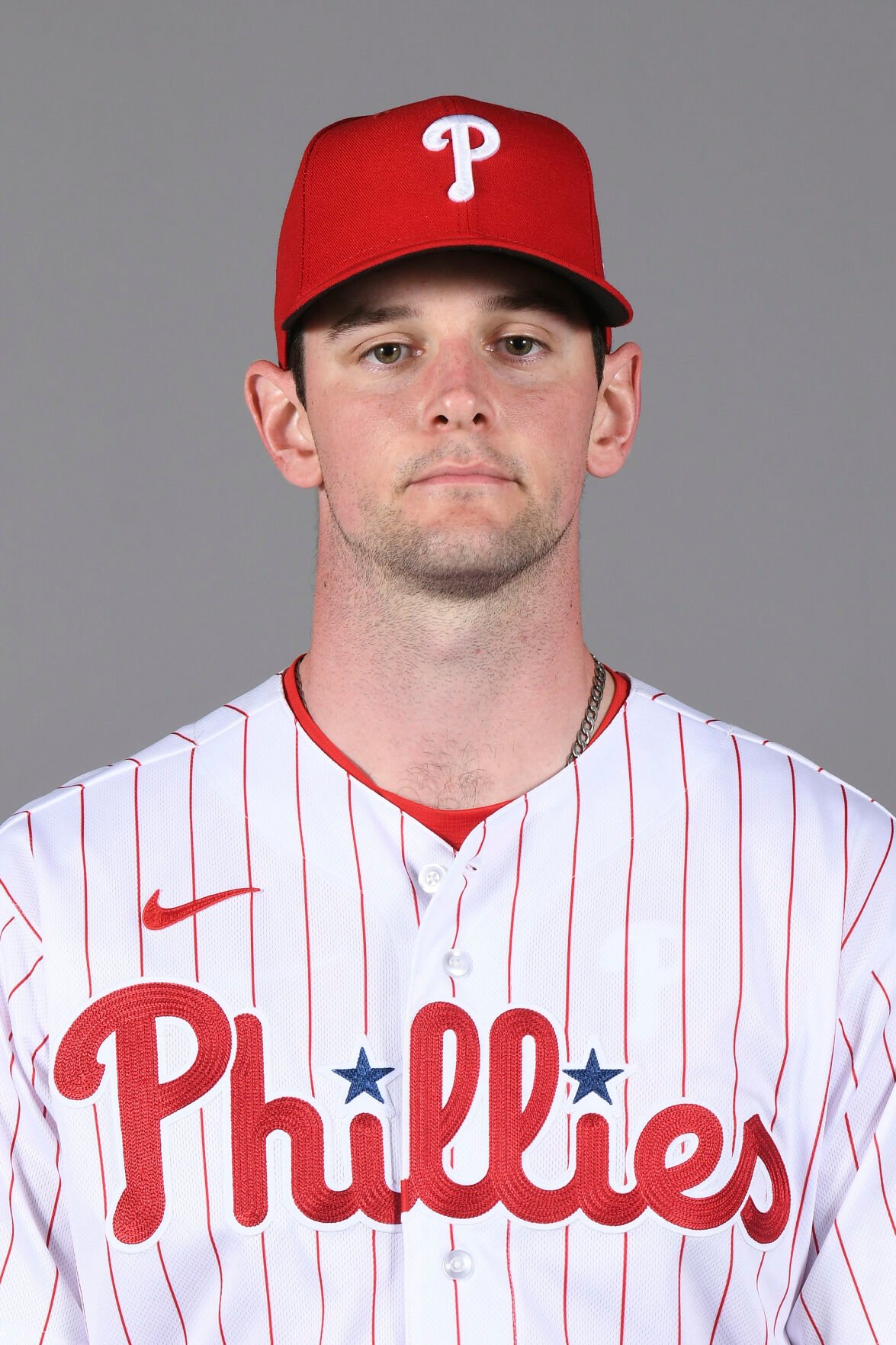