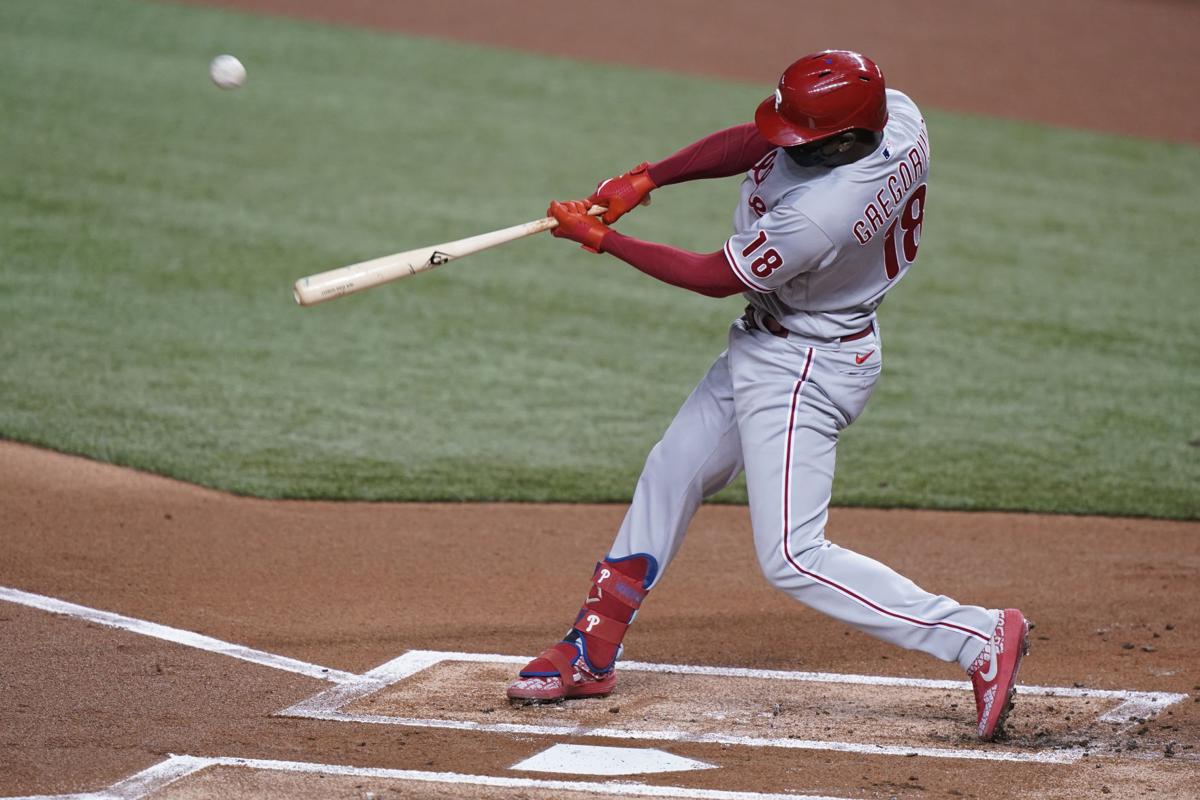 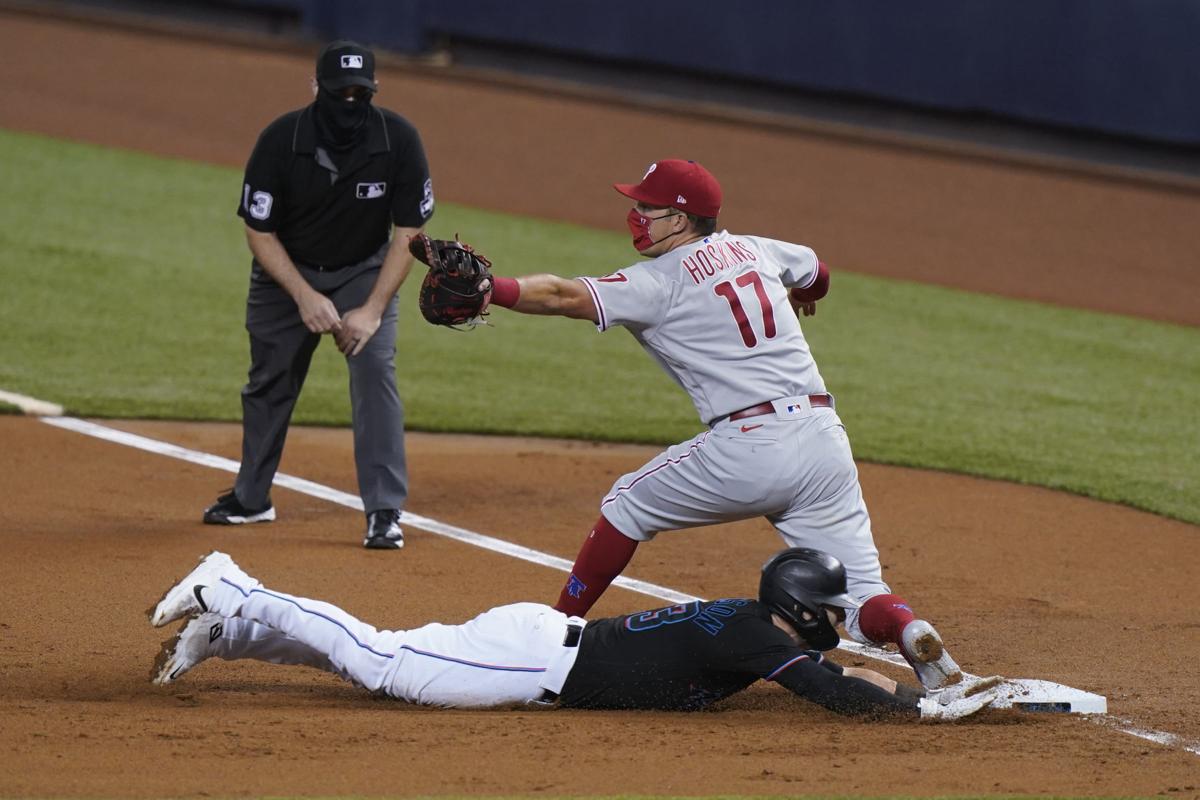 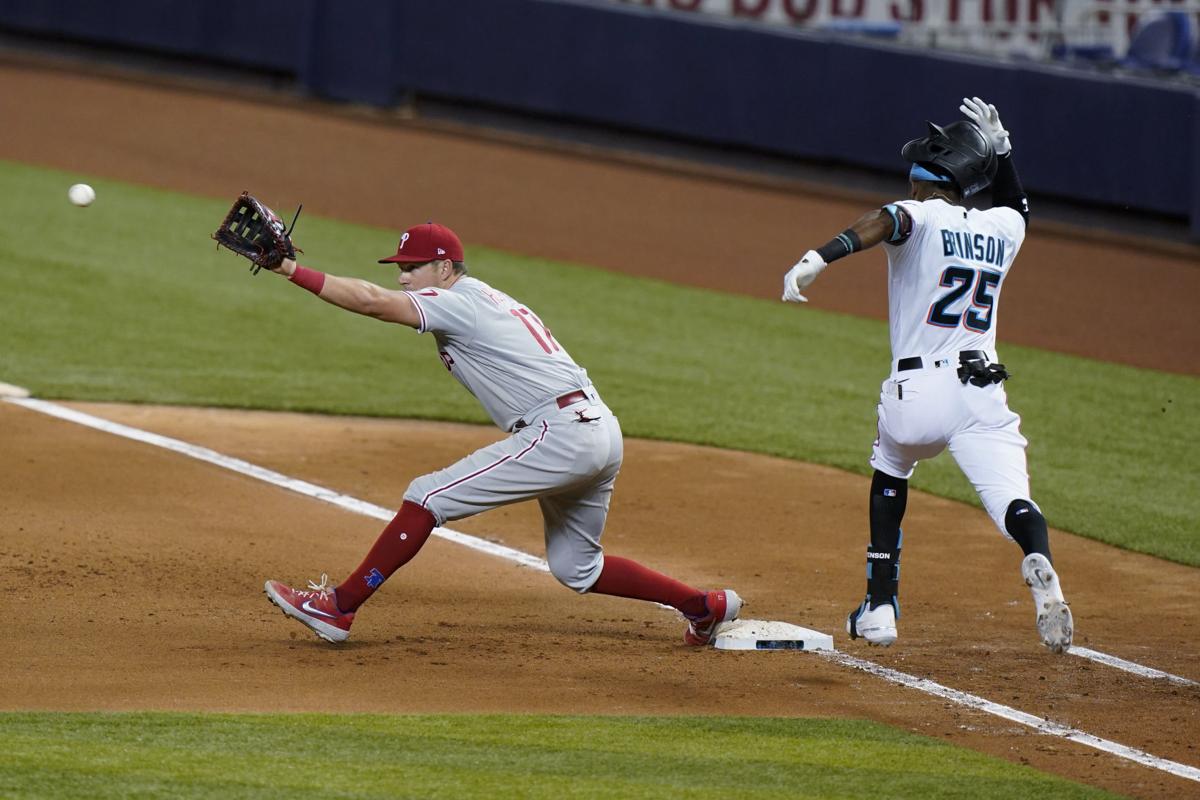 Phillies first baseman Rhys Hoskins, seen during a Sept. 11 game against Miami, had a strong comeback season in 2020, though it ended with an injury Sept. 12. In 41 games, he had a .384 on-base percentage. 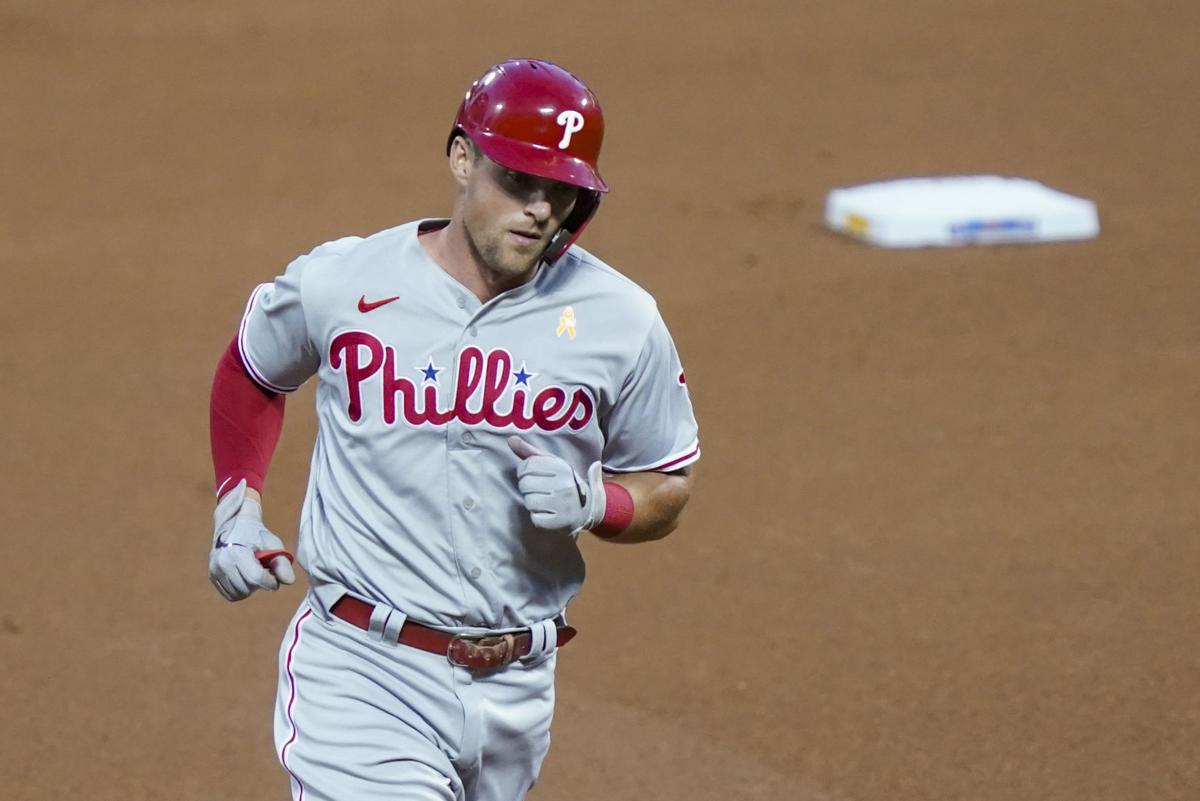 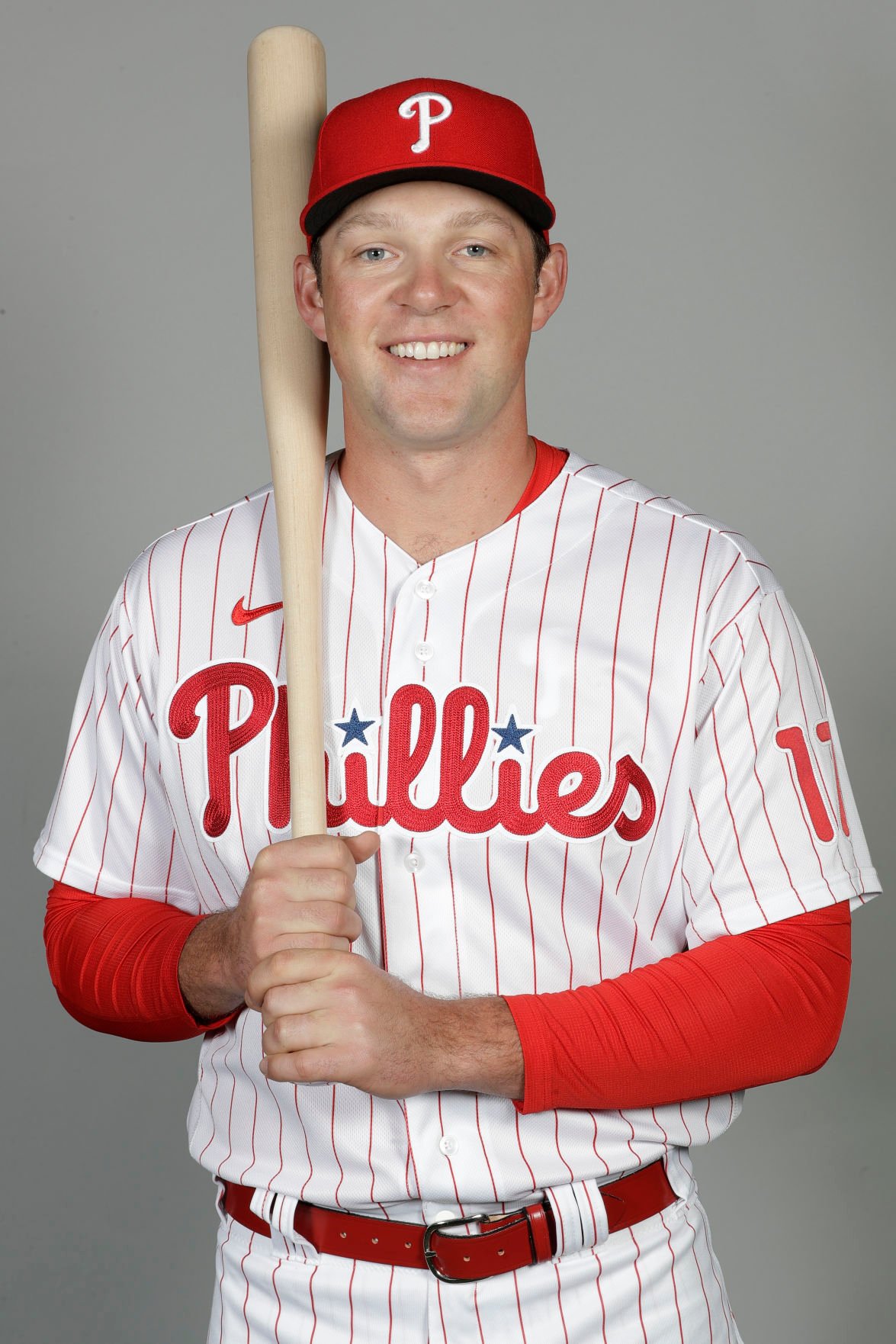 This is a 2020 photo of Rhys Hoskins of the Philadelphia Phillies baseball team. This image reflects the Phillies active roster as of Wednesday, Feb. 19, 2020, when this image was taken. (AP Photo/Frank Franklin II)

It would be completely understandable if Rhys Hoskins needed to take a big deep breath before the 2021 baseball season started.

The Phillies first baseman has crammed about 10 seasons’ worth of events into his 404 career big league games.

He got off to one of the hottest starts in club history with 18 home runs in his first 50 games during his 2017 rookie year. Since then, he’s had three managers and switched from left field to first base.

He ended 2019 in a horrendous slump that had some questioning his baseball future. He’s become the team’s player representative and a spokesperson off the field.

And the latest obstacle Hoskins has had to overcome is offseason surgery to repair the ulnar collateral ligament in his left elbow.

It’s no wonder Hoskins, who turns 28 next month, seems wise beyond his years.

How has he navigated the ups and downs of his baseball life? Hoskins says he stays focused on his teammates.

“When you have that mindset, all of those quote ‘obstacles’ that may come your way during a baseball season or in life … those obstacles tend to become easier,” he said during a Zoom call with the media Monday afternoon. “Lean on the people around you. It’s a great organization. We have a great group of guys. We have a great group of coaches. I think if we can lean on each other, there’s nothing that comes our way that we can’t handle.”

The elbow injury ended Hoskins’ 2020 season. It occurred when he tried to tag Miami Marlins runner Corey Dickerson in the base path Sept. 12.

Phillies manager Joe Girardi watched Hoskins do everything he could after the injury to get back on the field even though there was little chances the elbow would heal in time for him to finish last season.

“He loves to play,” Girardi said. “That’s what keeps him going. I saw him on the bike and on the elliptical (after the injury) … I was like, this kid really wants to play. As much as it hurt me to watch, I was like, ‘Wow, what an attitude.’ I fell in love with Rhys even more than I was before.”

The Phillies held their first official full-squad workout in Clearwater, Florida, on Monday. If the Phillies are to reach the playoffs for the first time since 2011, they will need a consistent, healthy and productive Hoskins.

He was medically cleared to play Sunday and said he could be ready when the Phillies host the Atlanta Braves in the season opener April 1.

Phillies fans and most likely Hoskins himself probably hope that “normal” is a bit more boring for Hoskins this season than in the past.

GALLERY: Mike Trout through the years

Phillies first baseman Rhys Hoskins, seen during a Sept. 11 game against Miami, had a strong comeback season in 2020, though it ended with an injury Sept. 12. In 41 games, he had a .384 on-base percentage.

This is a 2020 photo of Rhys Hoskins of the Philadelphia Phillies baseball team. This image reflects the Phillies active roster as of Wednesday, Feb. 19, 2020, when this image was taken. (AP Photo/Frank Franklin II)