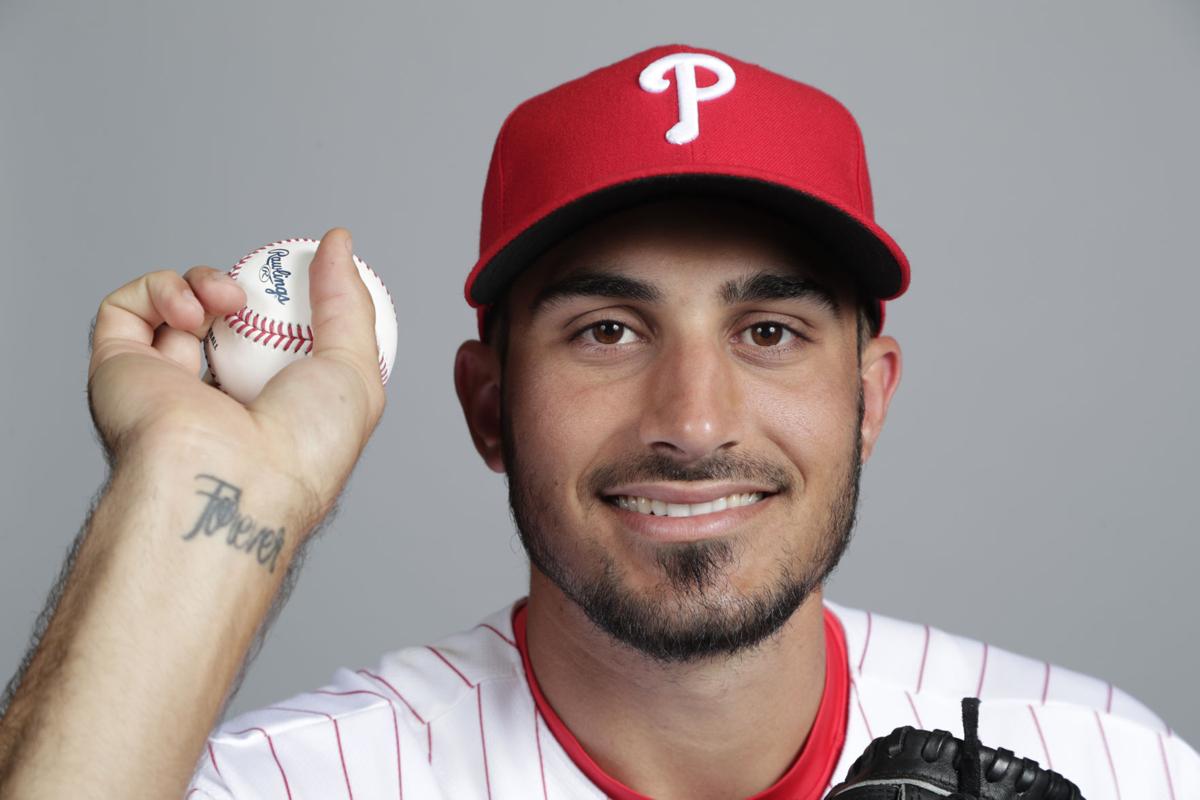 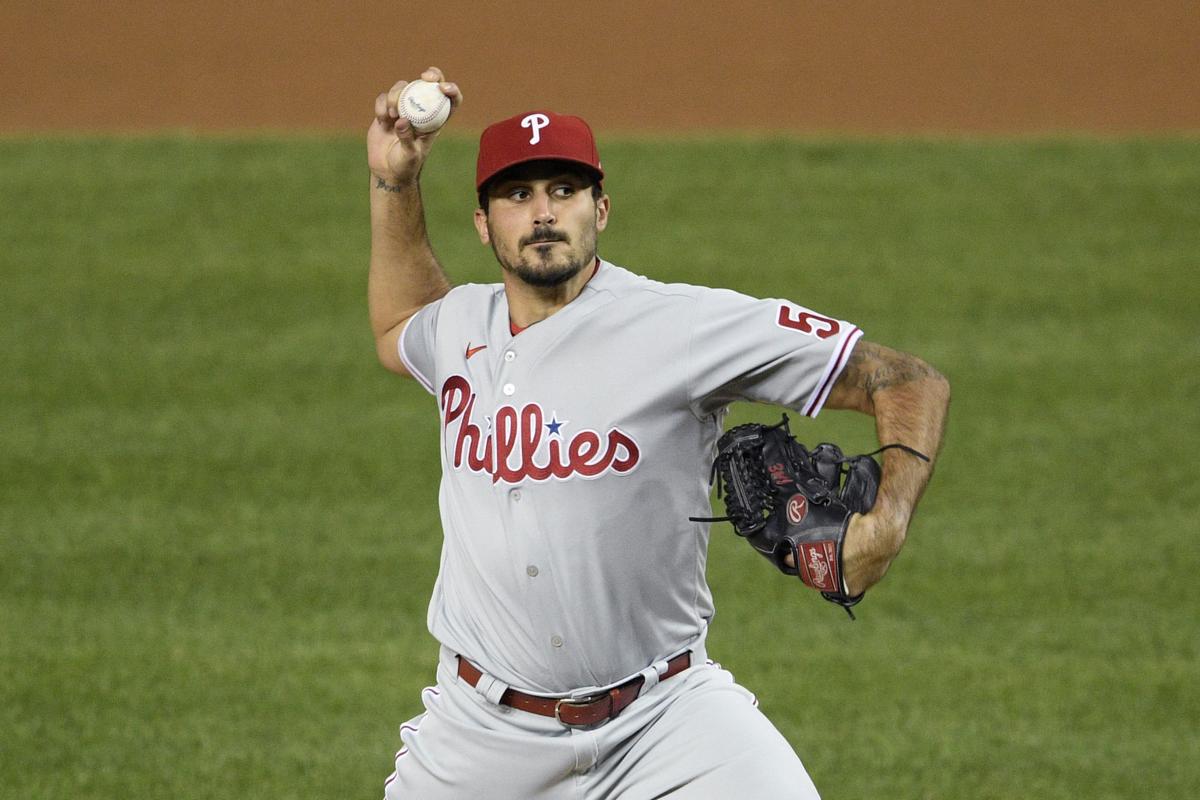 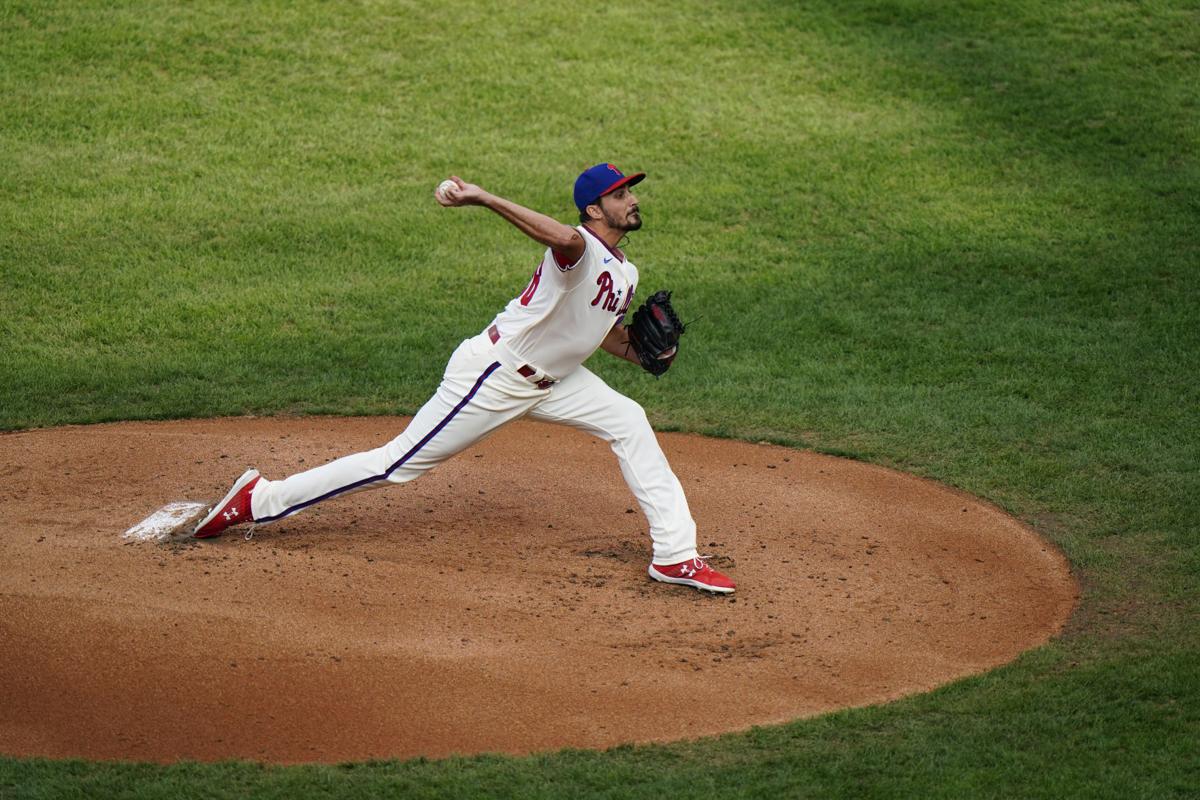 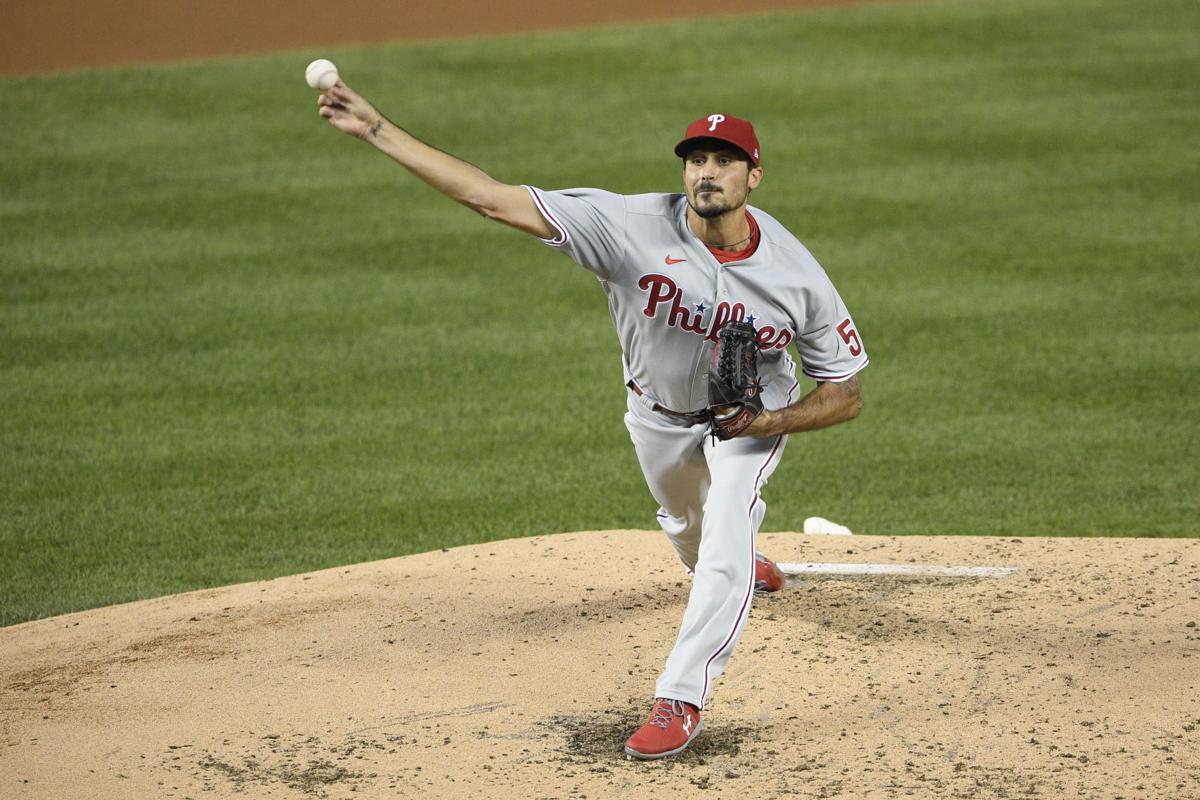 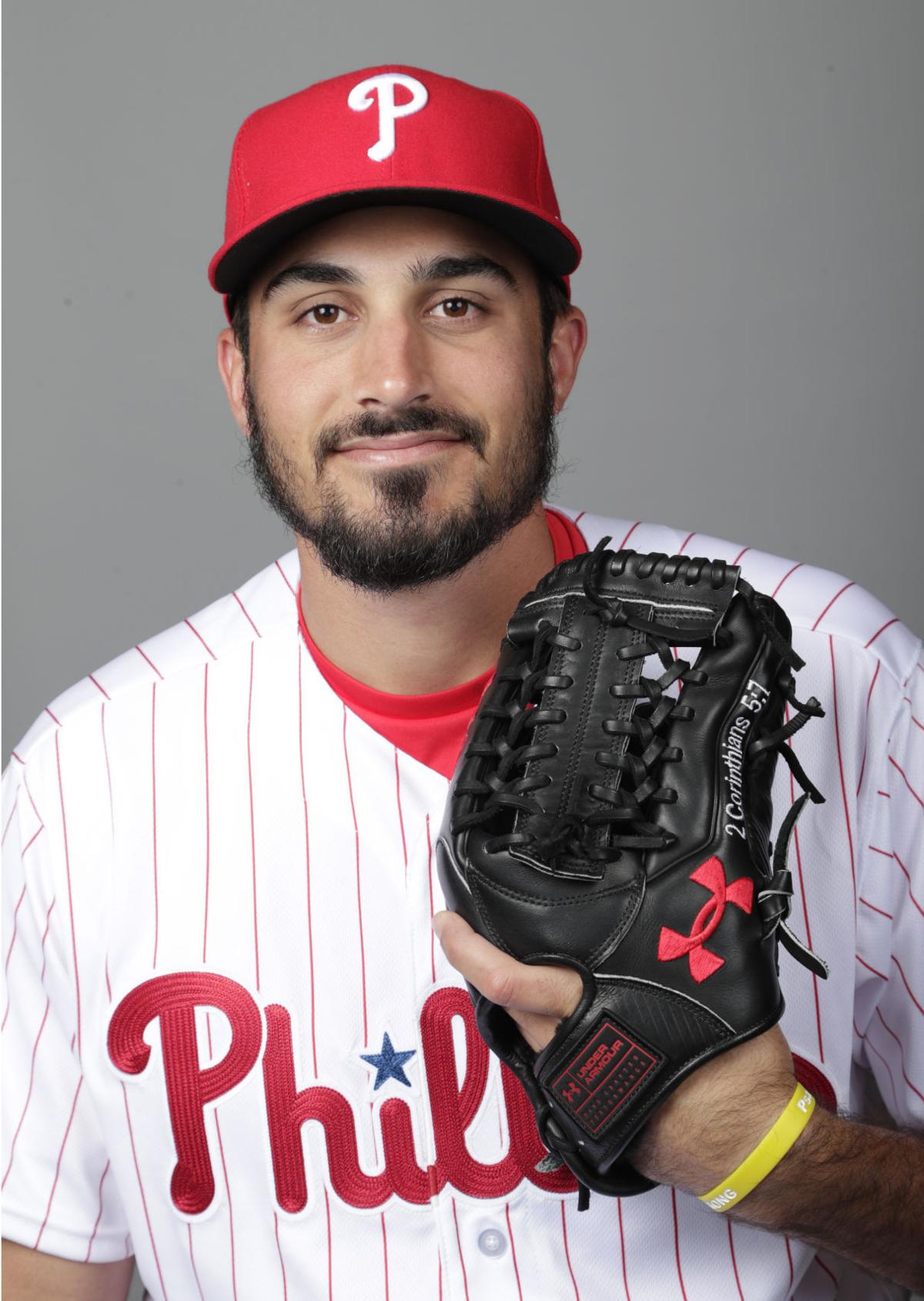 This is a 2020 photo of Zach Eflin of the Philadelphia Phillies baseball team. This image reflects the Phillies active roster as of Wednesday, Feb. 19, 2020, when this image was taken. (AP Photo/Frank Franklin II)

In the past, Zach Eflin has come to spring training off an injury-riddled season.

The Philadelphia Phillies starting pitcher would arrive at spring training with his spot in the starting rotation in question.

This spring, he comes to spring training off his best season.

Eflin, however, is taking nothing for granted.

“I try to keep the mentality that my job’s not secure,” he said Friday during a Zoom call with reporters. “I tend to play pretty well and push myself pretty well when my back’s against the wall, so I like to keep myself in those shoes.”

Eflin was 4-2 with a career-low 3.92 ERA in 10 starts in last year’s COVID-19 abbreviated season. The 26-year-old also had a career-low WHIP of 1.271 and a career-best average of 10.7 strikeouts per nine innings. He’s a solid No. 3 in the starting rotation behind Aaron Nola and Zack Wheeler.

“What I expect from Zach is to build off of last year,” Girardi said. “I thought he had a really good year for us, and I think he can even be better. I don’t want to put a limitation on him because I think his stuff is that good that he can continue to grow and grow and grow. I look at us that we have a 1A and 1B (Nola and Zack Wheeler). We could have a 1C. That’s how I feel about Zach Eflin.”

The Phillies’ pitchers and catchers began workouts in Clearwater, Florida, this past week. The first full squad workout is Monday. Philadelphia is trying to make the playoffs for the first time since 2011.

Eflin was part of the Jimmy Rollins deal the Phillies made with the Los Angeles Dodgers in December 2014. He made his big league debut in 2016. Eflin showed flashes of excellence but knee and back troubles hampered him. He was 11-8 in 2018 and 10-13 in 2019.

But both Eflin and the Phillies hope 2020 was a turning point. He couldn’t have sounded more optimistic when he spoke about the upcoming season.

Eflin changed his pitching approach last season. He threw his curveball 13.1% of the time as opposed to 5.4% in both 2018 and 2019, according to fangraphs.com. This offseason, Eflin focused on his changeup and slider.

“I think I did a good job last season of creating an arsenal,” he said. “This offseason I really wanted to refine my changeup and get a little more depth on my slider. I feel like I’m in a good position with those two pitches. To be able to combine that with a four-seam (fastball), a two-seam fastball, a curveball that’s plus for me, I think that’s going to be huge for me. Now it’s about finding the right times to set pitches up and set hitters up. I’m extremely confident going into the season with all my pitches and just feel like I’m in a really good spot.”

With baseball returning to a 162-game schedule in 2021, there was speculation the Phillies could use a six-man rotation. But Giradi said that will not be the case, and Eflin is fine with that.

“I feel like I’ve done enough in the offseason to prepare to make that next step from 55-plus innings to however much this year.” Eflin said. “So I feel like I’m in a good position and really ready to rock and roll.”

This is a 2020 photo of Zach Eflin of the Philadelphia Phillies baseball team. This image reflects the Phillies active roster as of Wednesday, Feb. 19, 2020, when this image was taken. (AP Photo/Frank Franklin II)