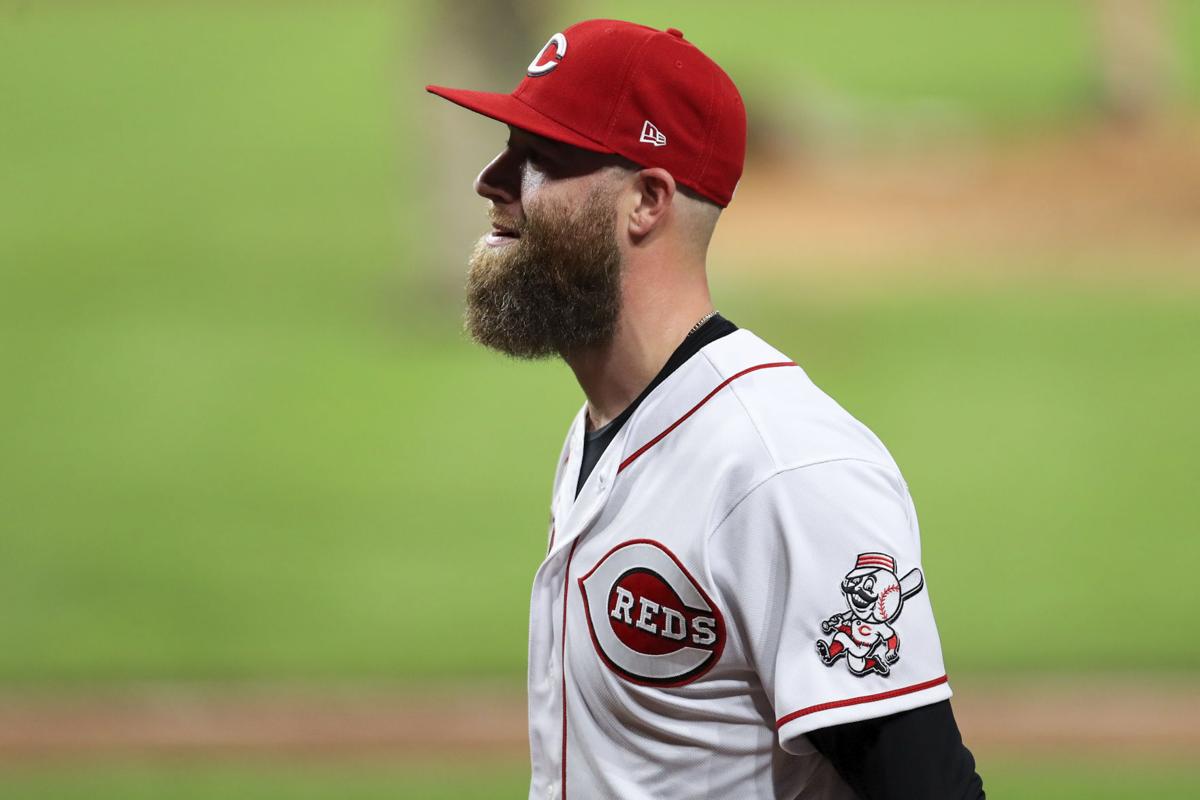 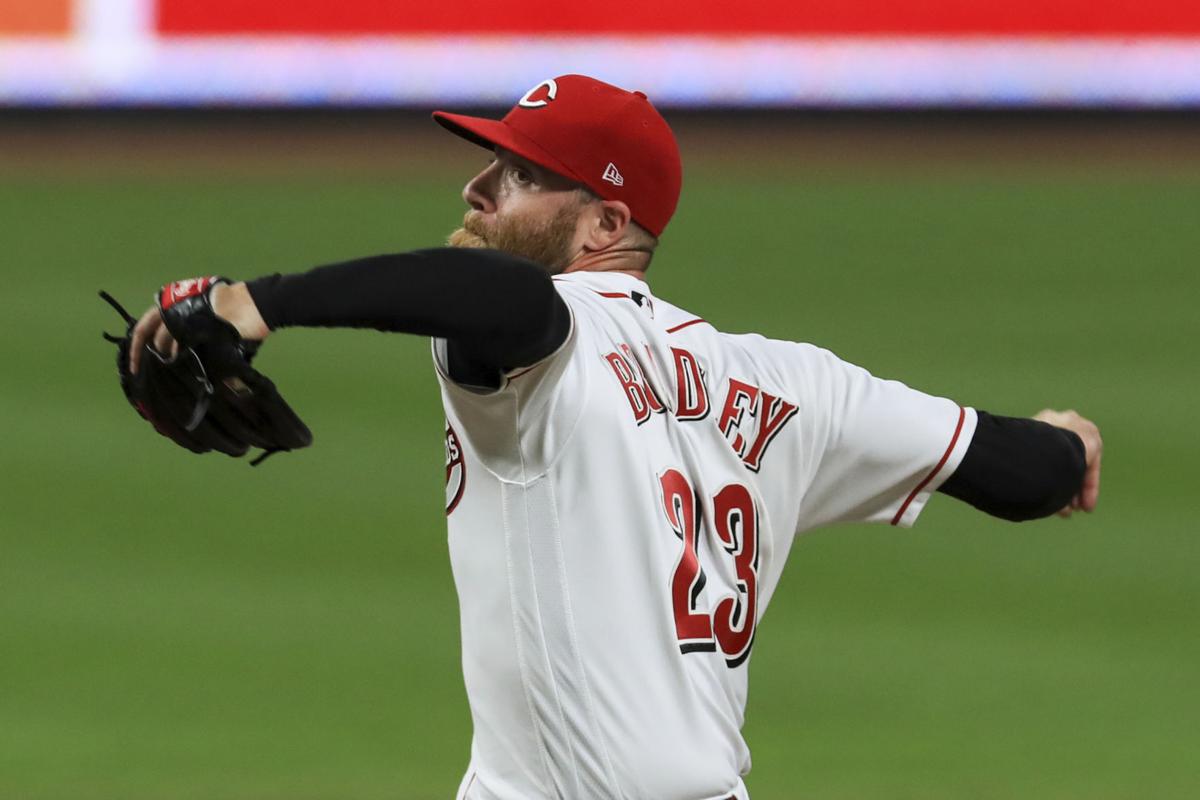 FILE - In this Sept. 14, 2020, file photo, Cincinnati Reds' Archie Bradley throws during the team's baseball game against the Pittsburgh Pirates in Cincinnati. The Philadelphia Phillies and Bradley have agreed on a $6 million, one-year contract, according to a person familiar with the deal. The person spoke to The Associated Press on condition of anonymity Thursday night, Jan. 14, 20201, because the agreement is pending a successful physical. (AP Photo/Aaron Doster, File) 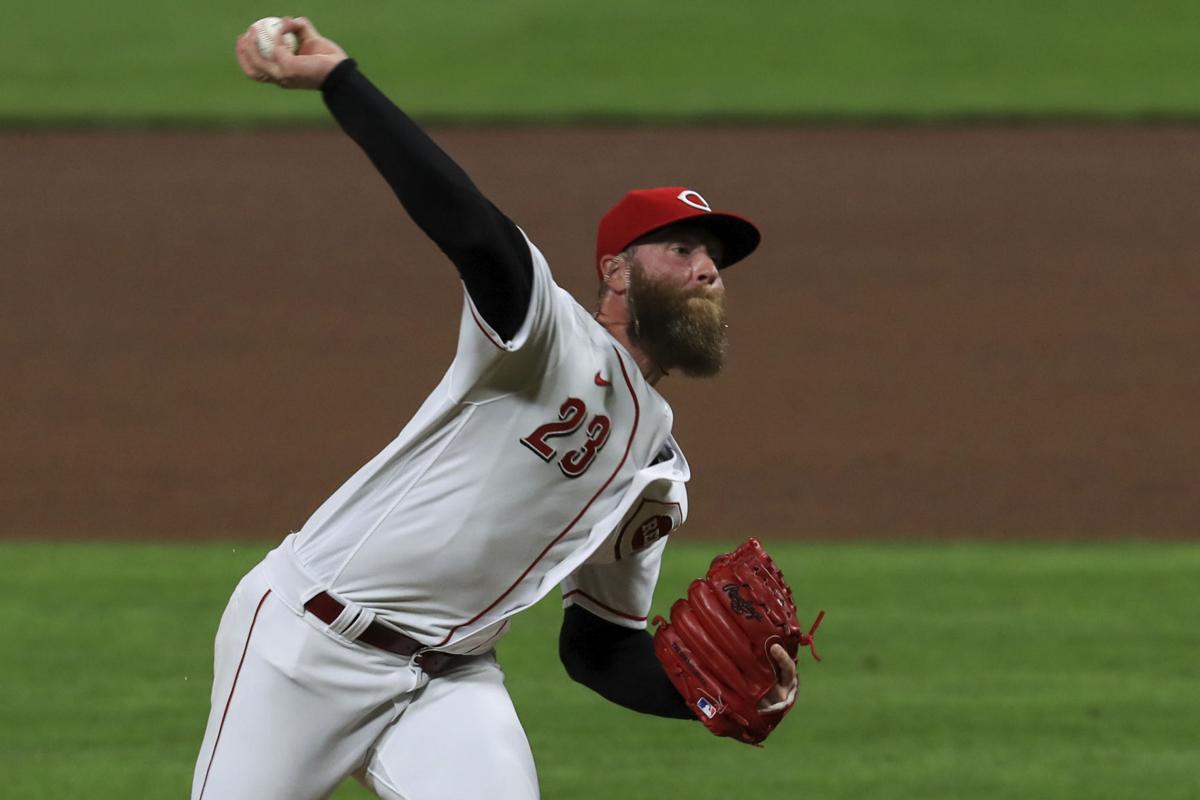 Archie Bradley spent the 2020 season with the Arizona Diamondbacks and the Cincinnati Reds. The Phillies could use him in a setup role or as their closer in 2021. 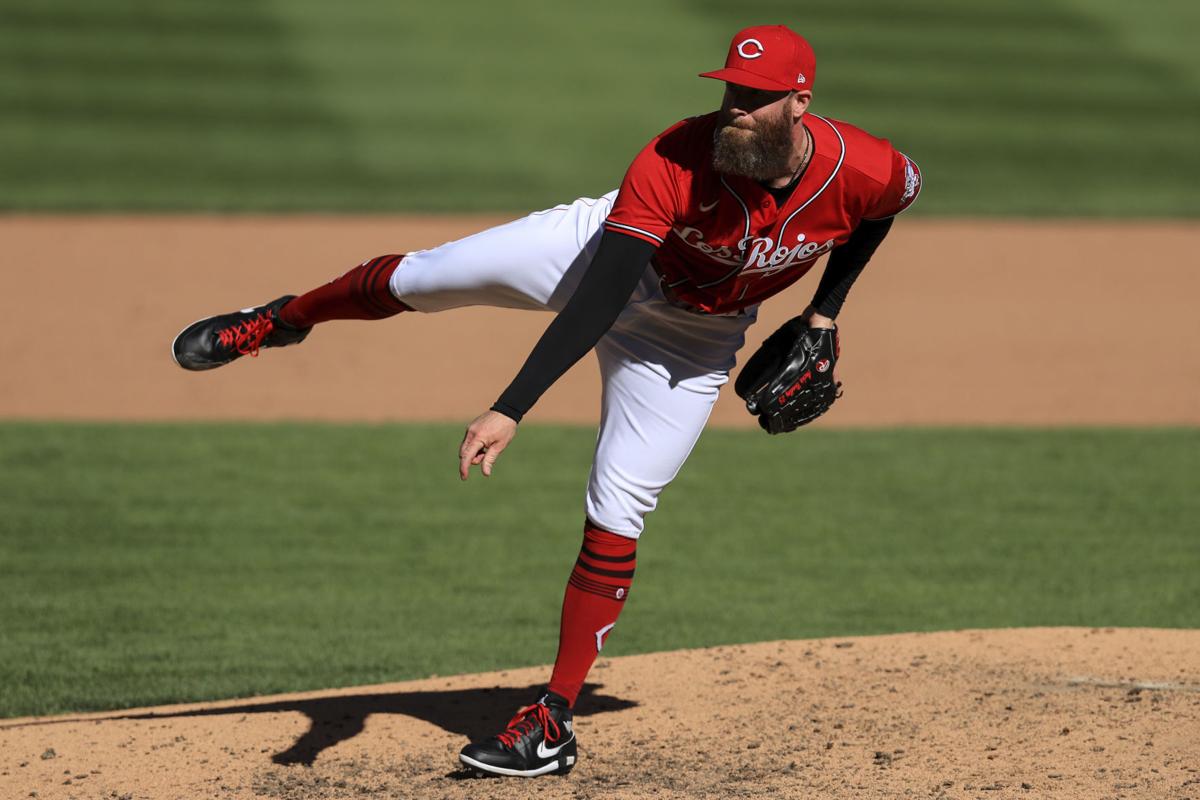 After a handful of smaller moves to add upside talent and depth to the worst bullpen in baseball last season, the Philadelphia Phillies made their biggest upgrade yet Thursday night by reaching an agreement with free-agent reliever Archie Bradley, two sources confirmed. The one-year contract is worth $6 million.

The Phillies have not announced the deal because it is pending the completion of a physical, but Bradley posted to his Twitter account a photo of Rocky, arms aloft, on the steps of the Art Museum.

A 28-year-old right-hander and first-round pick of the Diamondbacks in 2011, Bradley had a 4.22 ERA in 10 2/3 innings last season for Arizona before getting traded to the Cincinnati Reds and posting a 1.17 ERA in 7 2/3 innings. The Reds nontendered him last month in a payroll-shedding measure. He was projected to earn between $4.3 million and $5.7 million in salary arbitration, according to MLB Trade Rumors.

The Phillies’ bullpen posted a 7.06 ERA last season and blew more games (14) than it saved (11). In Bradley, the team will add a hard-thrower with a swing-and-miss curveball, late-game experience and familiarity with new pitching coach Caleb Cotham, Cincinnati’s assistant pitching coach last year.

Like Hector Neris, the Phillies’ closer for most of the last two seasons, Bradley fits for Cotham and manager Joe Girardi in either a setup or closer role. He had a 1.73 ERA as a multiple-inning setup man for a Diamondbacks team that reached the playoffs in 2017 and recorded 24 saves in 28 opportunities with Arizona over the last two seasons.

Once Bradley’s contract is finalized, the Phillies will have approximately $135 million in 2021 payroll commitments, as calculated for luxury-tax purposes. That doesn’t include a total of $8 million to $11 million for arbitration-eligible Rhys Hoskins, Vince Velasquez, and Alvarado.

The Phillies are hoping to re-sign free-agent catcher J.T. Realmuto and perhaps shortstop Didi Gregorius. The team has signaled a reduction in payroll from last year, when they spent $207.6 million against the luxury tax, according to estimates tracked by Cot’s Baseball Contracts. It’s not clear, though, how much the Phillies intend to scale back.

In setting out to recast the bullpen, recently hired President of Baseball Operations Dave Dombrowski hinted last month at the quality he would prioritize above all others: velocity.

“I’ve always believed in power arms,” he said. “I always liked that aspect of it. I’ve always put an emphasis on it.”

Sure enough, the first three major-league relievers acquired by Dombrowski — lefty Jose Alvarado from the Tampa Bay Rays in a three-team trade, Sam Coonrod in a trade with with San Francisco Giants, and Bradley — had average fastball velocities of 98 mph, 97.2 mph, and 95.3 mph, respectively, in 2019 and 2020. Rookie right-hander Connor Brogdon led Phillies relievers last season with an average fastball velocity of 95.3 mph.

Bradley pairs his fastball with an effective curve. Last season, hitters slugged .278 against his curveball and whiffed at it 16.7% of the time. In 2019, the numbers were even better: .203 slugging, 30.5% whiff rate.

It’s possible that Bradley will be the highest-profile addition to the bullpen, although the Phillies reportedly have shown interest in free-agent closer Alex Colome. Brad Hand, Trevor Rosenthal, Shane Greene, Mark Melancon and Kirby Yates also remain unsigned in a reliever market that began to shake loose this week, sparked by Liam Hendriks’ four-year, $54 million agreement with the Chicago White Sox.

In addition to trading for Alvarado and Coonrod, the Phillies claimed right-hander Ian Hamilton off waivers and signed Neftali Feliz and Michael Ynoa to minor-league contracts. Neris, Brogdon, JoJo Romero and David Hale are the primary holdovers from last year’s bullpen.

The agreement with Bradley was first reported by Rogers Sportsnet.

PHILADELPHIA — Larry Bowa is 75 years old and back at spring training in Clearwater, Florida. His title is senior adviser, but his routine is …

It would be completely understandable if Rhys Hoskins needed to take a big deep breath before the 2021 baseball season started.

In the past, Zach Eflin has come to spring training off an injury-riddled season.

Phillies' team home run record might be in jeopardy this year

For all of the additional ways of analysis that have been added to baseball in the 21st century, there is still one simple offensive statistic…

BOSTON — Billy Conigliaro, the first-ever Red Sox draft pick who started out in the Boston outfield with star-crossed brother Tony and later s…

Nats' Strasburg: 'Numbness in my whole hand' led to surgery

LOS ANGELES — Stan Williams, the fearsome All-Star pitcher who helped the Los Angeles Dodgers win the 1959 World Series, has died. He was 84.

FILE - In this Sept. 14, 2020, file photo, Cincinnati Reds' Archie Bradley throws during the team's baseball game against the Pittsburgh Pirates in Cincinnati. The Philadelphia Phillies and Bradley have agreed on a $6 million, one-year contract, according to a person familiar with the deal. The person spoke to The Associated Press on condition of anonymity Thursday night, Jan. 14, 20201, because the agreement is pending a successful physical. (AP Photo/Aaron Doster, File)

Archie Bradley spent the 2020 season with the Arizona Diamondbacks and the Cincinnati Reds. The Phillies could use him in a setup role or as their closer in 2021.