Joe Gatto, seen working out last year, has been promoted to the Texas Rangers' Triple-A team. 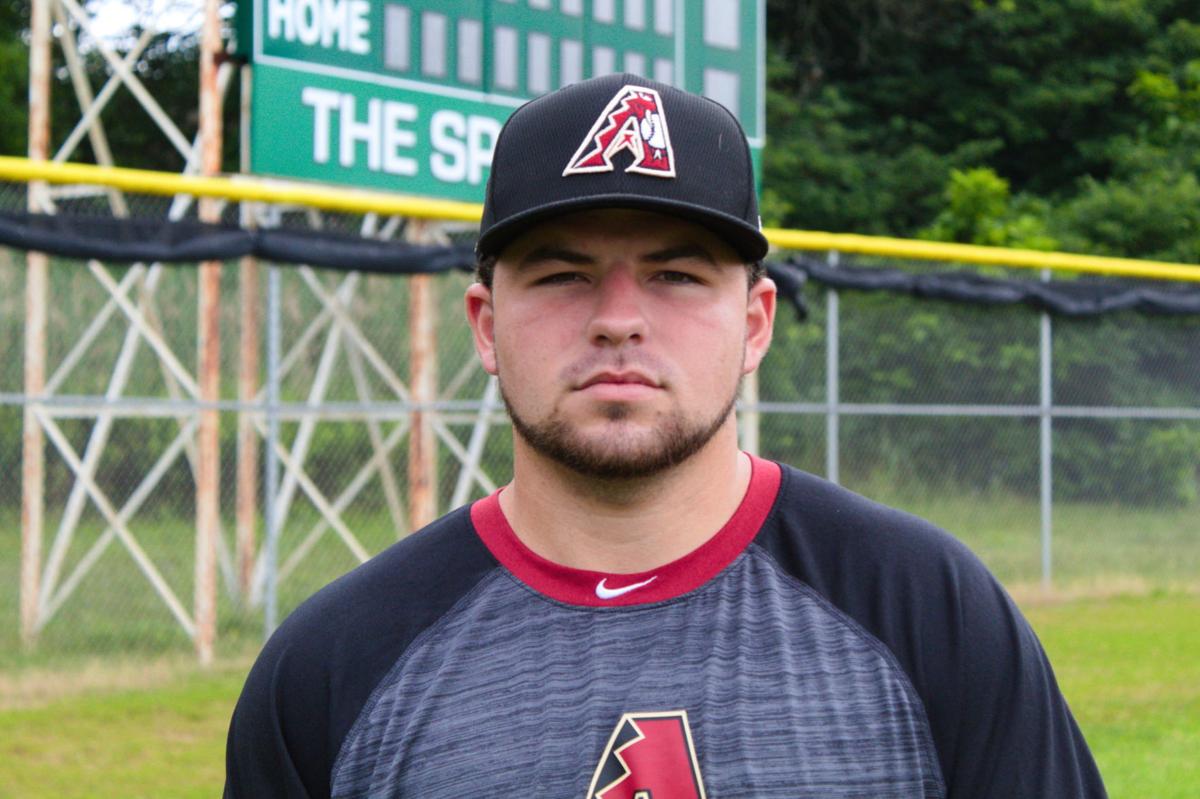 Joe Gatto, a 26-year-old right-handed pitcher in the Texas Rangers organization, is one step away from the majors.

Gatto, a 2014 St. Augustine Prep graduate from Hammonton, was assigned to the Round Rock Express, a Triple-A West team in the Rangers organization, on Tuesday, one day after Gatto turned 26.

Through Thursday, Gatto has not appeared in a game for the Express. He began the year with the double-A Frisco RoughRiders, and his last appearance was last Sunday.

Gatto was selected in the second round of the 2014 draft by the Angels and became a free agent last Nov. 2. On Dec. 3, he signed with the Rangers.

Updates on 12 other area players, with stats through Thursday:

Triple ARHP Cody Stashak (Oakcrest), playing for the St. Paul Saints, a Triple-A West team in the Minnesota Twins organization, was placed on the 10-day injured list June 8 with a back injury. It’s been an up-and-down year for Stashak, who is in his second minor-league stint of the season. He’s pitched 2 1/3 shutout innings with three strikeouts with St. Paul. With the Twins, he has a 6.89 ERA in 15 appearances. He allowed 12 runs on 16 hits and 10 walks in 15 2/3 innings, striking out 26.

RHP Brett Kennedy (Atlantic City) is playing for the El Paso Chihuahuas, a Triple-A West team in the San Diego Padres organization. The 26-year-old from Brigantine was selected in the 11th round of the 2015 draft by the Padres.

CF Matt Szczur (Lower Cape May Regional) is playing for the Memphis Redbirds, a Triple-A East team in the St. Louis Cardinals organization. The 31-year-old from Cape May was selected in the fifth round of the 2010 draft by the Chicago Cubs.

Double ALT Struble (Hammonton), is playing for the Brooklyn Cyclones, a Double-A East team in the New York Mets organization. He was assigned from Triple-A Syracuse Mets to Brooklyn on June 8. The 24-year-old from Hammonton was selected in the 29th round of the 2019 draft by the Mets.

With three minor-league teams this season, Struble was hitting .256 (10 for 39) with three RBIs, four runs scored and four stolen bases in 16 games. For his career, he was hitting .242 (22 for 91) with two doubles, eight RBIs and eight stolen bases.

RHP Denny Brady (Buena Regional) is playing for the Rocket City Trash Pandas, a Double-A South team in the Los Angeles Angels organization. The 24-year-old from Vineland was selected in the seventh round of the 2017 draft by the Angels.

LHP Zach Warren (St. Augustine) is playing for the Reading Fightin Phils, a Double-A East team in the Philadelphia Phillies organization. The 25-year-old from Vineland was selected in the 14th round of the 2017 draft by the Phillies.

Single A (high)RHP Mike Adams (Holy Spirit) is playing for the Jersey Shore Blue Claws, a High-A East team in the Phillies organization. The 26-year-old from Egg Harbor Township was signed by the Phillies in January after he impressed scouts with his 98 mph fastball during a tryout.

LHP Jay Groome (Barnegat) is playing for the Greenville Drive, a High-A East team in the Boston Red Sox organization. The 22-year-old from Barnegat was drafted with the 12th overall pick by the Red Sox in 2016.

3B Buddy Kennedy (Millville) is playing for the Hillsboro Hops, a High-A West team in the Arizona Diamondbacks organization. The 22-year-old from Millville was selected in the fifth round of the 2017 draft by the Diamondbacks.

Single A (low)RHP Sean Mooney (Ocean City) is playing for the Fort Myers Mighty Mussels, a Low-A Southeast team in the Twins’ organization. The 23-year-old from Somers Point was selected in the 12th round of the 2019 draft by the Twins.

Mooney was 0-1 with a 0.56 ERA in six games, including five starts, this year. He’d allowed just three runs, one earned, on eight hits and nine walks with 26 strikeouts in 16 innings. He had not allowed an earned run since giving up a solo homer in his pro debut May 6.

Rookie LeagueLHP Daniel Nunan (Ocean City) is with the AZL Angels, an Arizona League affiliate of Los Angeles. The 21-year-old from Egg Harbor Township was selected in the 12th round of the 2018 draft. The Angels’ season begins June 28.

Mike Trout makes it official: His season is over

Most of the minor-league baseball season wrapped up last weekend.

J.T. Realmuto has a productive day off as the Phillies rally for dramatic win

PHILADELPHIA – Phillies manager Joe Girardi seemed to make a peculiar decision when he chose not to start catcher J.T. Realmuto on Thursday night.

Phillies playoff hopes fading away after loss to Pirates

PHILADELPHIA — One by one, the Phillies’ pitchers took the mound Sunday afternoon.

J.T. Realmuto knocks in the winning run as the Phillies get a must win

PHILADELPHIA – It hasn’t been easy for the Phillies or their fans since the team's last playoff appearance in 2011.

PHILADELPHIA — Didi Gregorius hit a go-ahead, three-run home run in the seventh inning, Bryce Harper had an RBI double and the Philadelphia Ph…

Phillies should start Ranger Suarez on Thursday in Atlanta

Ranger Suárez pitched a shutout for the Philadelphia Phillies against the Pittsburgh Pirates on Saturday, but he threw just 97 pitches, a work…

It’s that time of the baseball year again, the individual award season. Who’s the MVP? Who’s the Cy Young winner? Rookie of the Year?

Joe Gatto, seen working out last year, has been promoted to the Texas Rangers' Triple-A team. 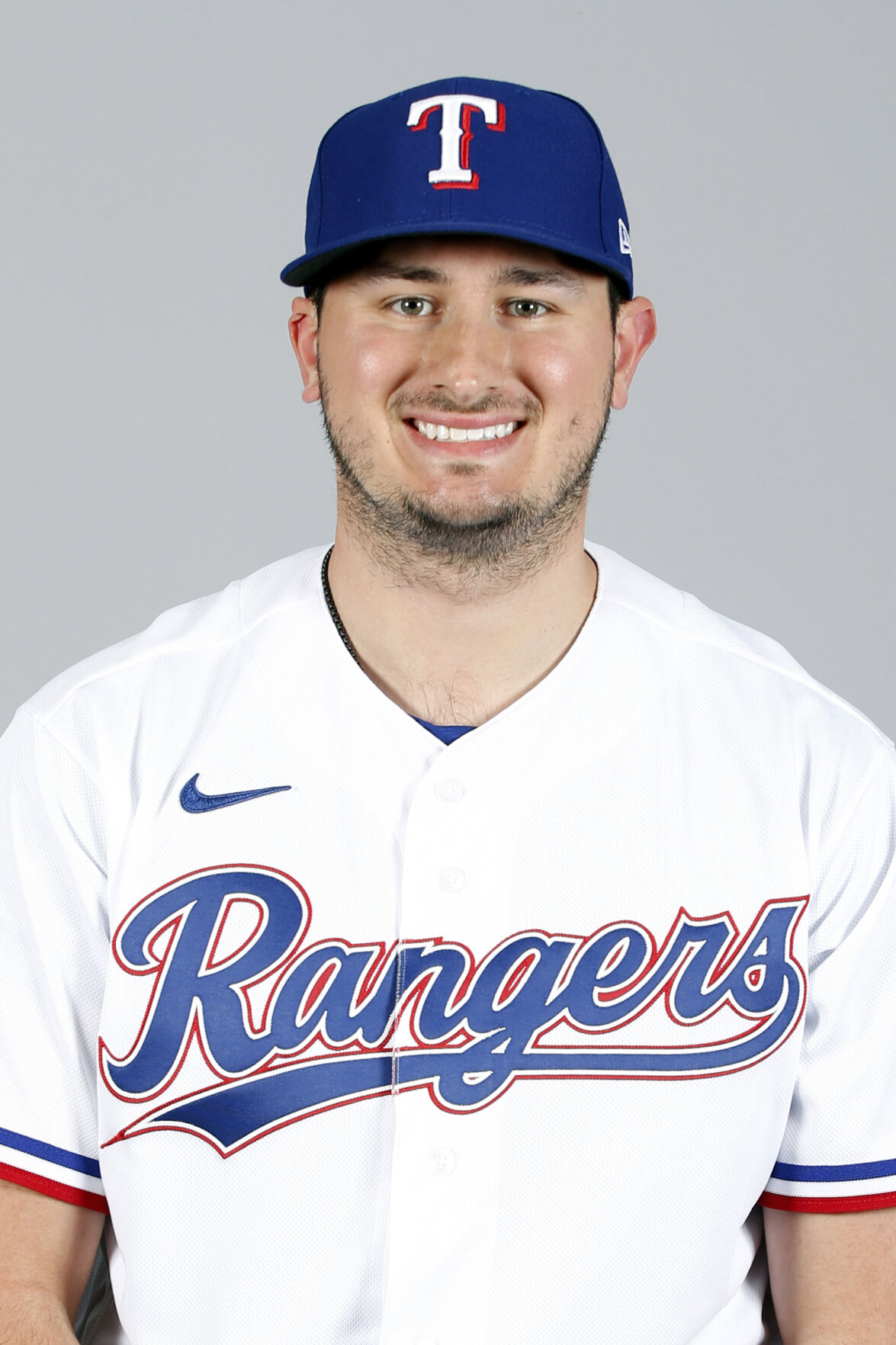 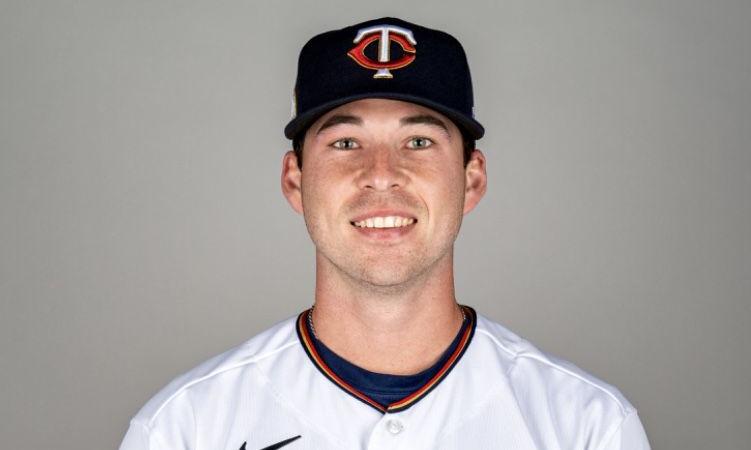