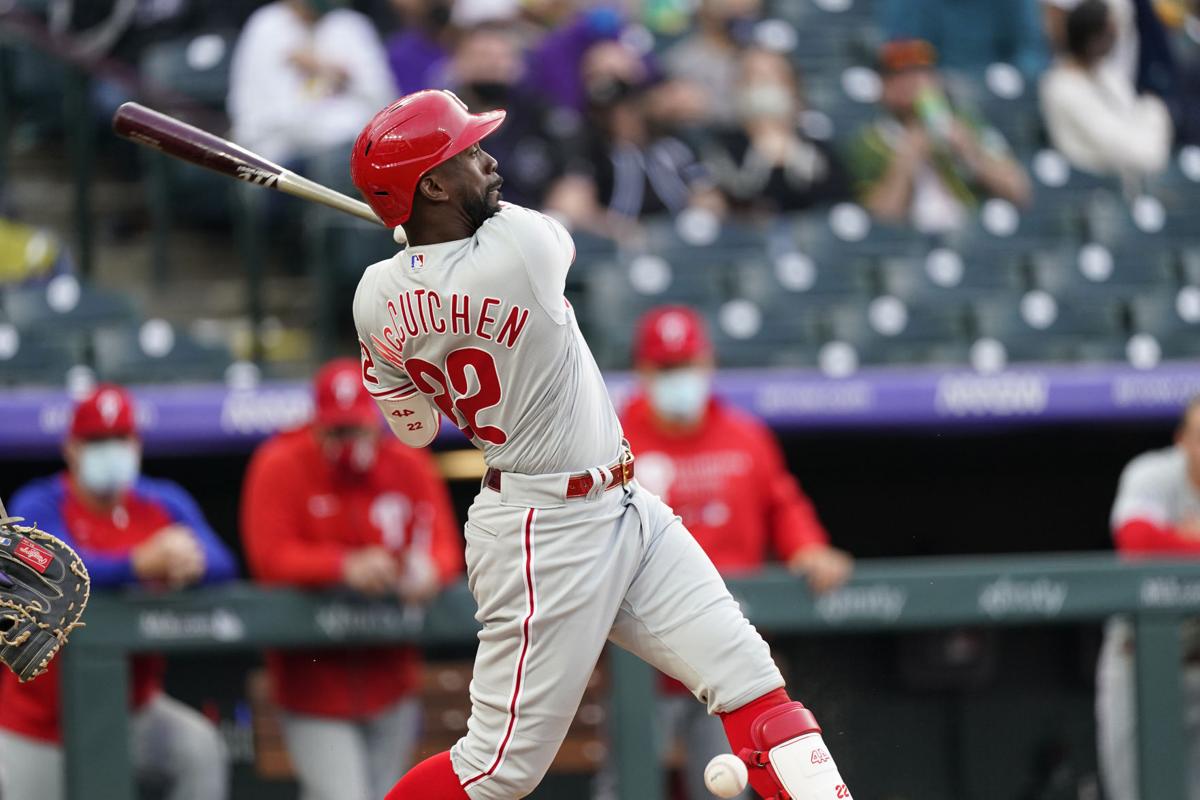 Leadoff hitter Andrew McCutchen was out of the Phillies’ starting lineup Monday and Tuesday. 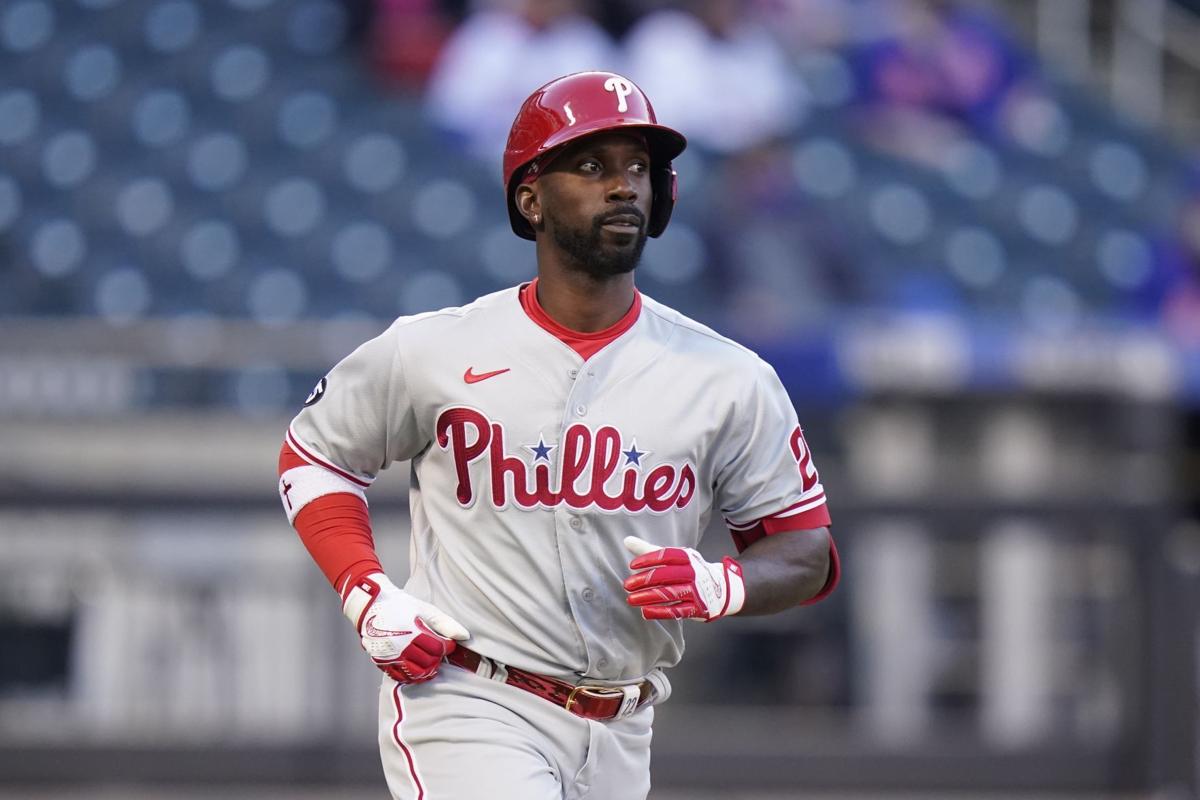 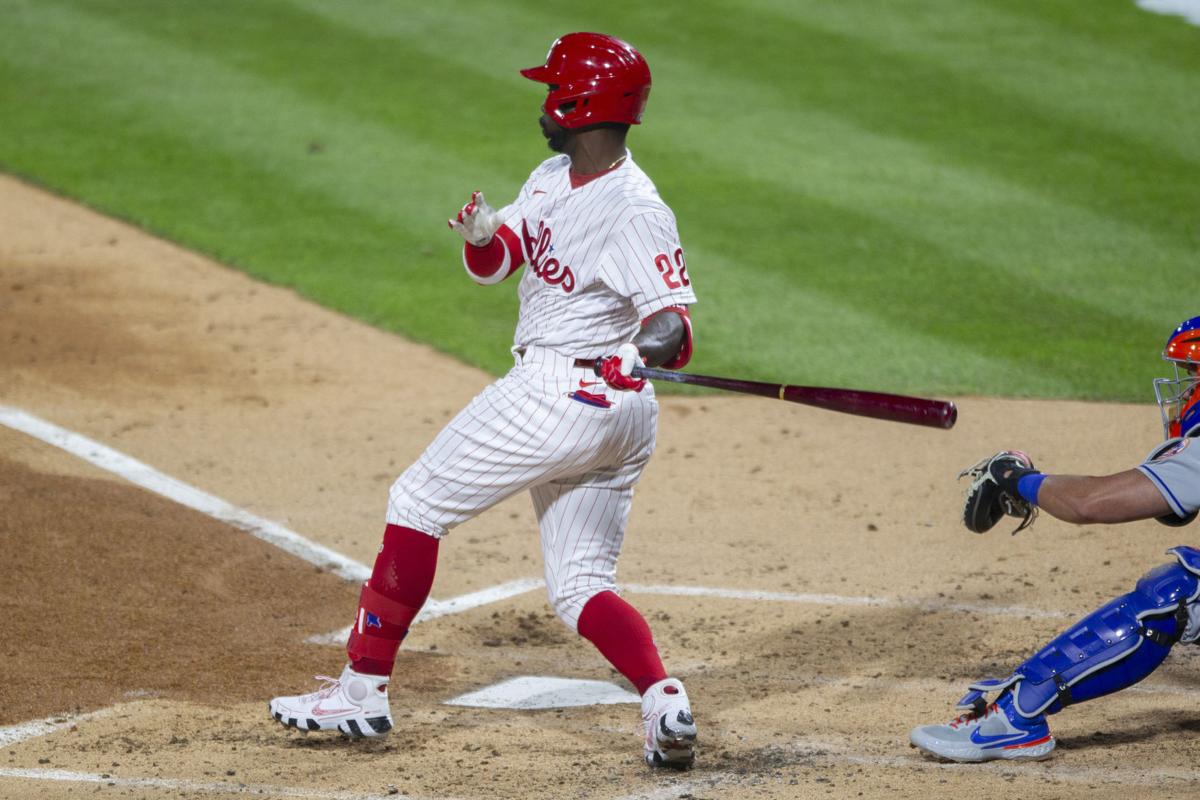 Philadelphia Phillies Andrew McCutchen follows through on a single during the third inning of a baseball game against the New York Mets, Monday, April 5, 2021, in Philadelphia. (AP Photo/Laurence Kesterson)

The Philadelphia Phillies’ search for production from the leadoff spot in the batting order took another turn this week.

Brad Miller played left field and batted leadoff in the Phillies’ 2-0 win in St. Louis against the Cardinals on Monday. Miller was back in left field and in the leadoff spot for Tuesday’s game in St. Louis. Girardi said Tuesday afternoon that McCutchen will play Wednesday.

McCutchen began Tuesday batting .154 with a .300 on-base percentage and a .231 slugging percentage. McCutchen, 34, won the National League MVP in 2013 and isn’t used to getting days off when healthy.

“I don’t think he likes it, and that’s kind of the way you want it to be in a sense,” Girardi said. “He wants to be out there, and we believe he can still play at a high level, and so does he. But sometimes just giving yourself a chance to hit the reset button can help players a lot. That’s what I’m doing here.”

The Phillies almost have no choice but to continue to believe in McCutchen. At the moment, Philadelphia really doesn’t have a viable alternative for the leadoff spot.

“As far as having someone else to put there right now, I’m not so sure that we (have a hitter) that kind of fits that bill,” Girardi said after a 12-2 loss in Colorado on Sunday. “It’s something that we’ll continue to evaluate. But the big thing is, McCutchen has to get going.”

Girardi said plenty of hitters around baseball have gotten off to slow starts this season.

“I think whenever you have the track record of Andrew McCutchen’s, you do believe it’s going to turn around because he’s done it so many times,” Girardi said.

Second baseman Jean Segura would be an obvious candidate to hit leadoff when McCutchen isn’t in that role. Segura has a slash line (batting average, on-base percentage, slugging percentage) of .333/.359/.450. But he’s on the 10-day injured list with a strained right quadricep. Girardi has mentioned the past few days that reserve outfielder Matt Joyce (.200/.400/.267) could also hit leadoff.

But for now, the Phillies will continue to show patience with McCutchen.

“I do believe his at-bats have been better,’ Girardi said. “I think he’s hitting the ball harder recently. I believe he’s going to come out of it.”

ST. LOUIS — Carlos Martinez pitched two-hit ball into the eighth inning for his first win as a starter since 2018, leading the St. Louis Cardi…

The Philadelphia Phillies are giving Odubel Herrera a second chance.

Leadoff hitter Andrew McCutchen was out of the Phillies’ starting lineup Monday and Tuesday.

Philadelphia Phillies Andrew McCutchen follows through on a single during the third inning of a baseball game against the New York Mets, Monday, April 5, 2021, in Philadelphia. (AP Photo/Laurence Kesterson)