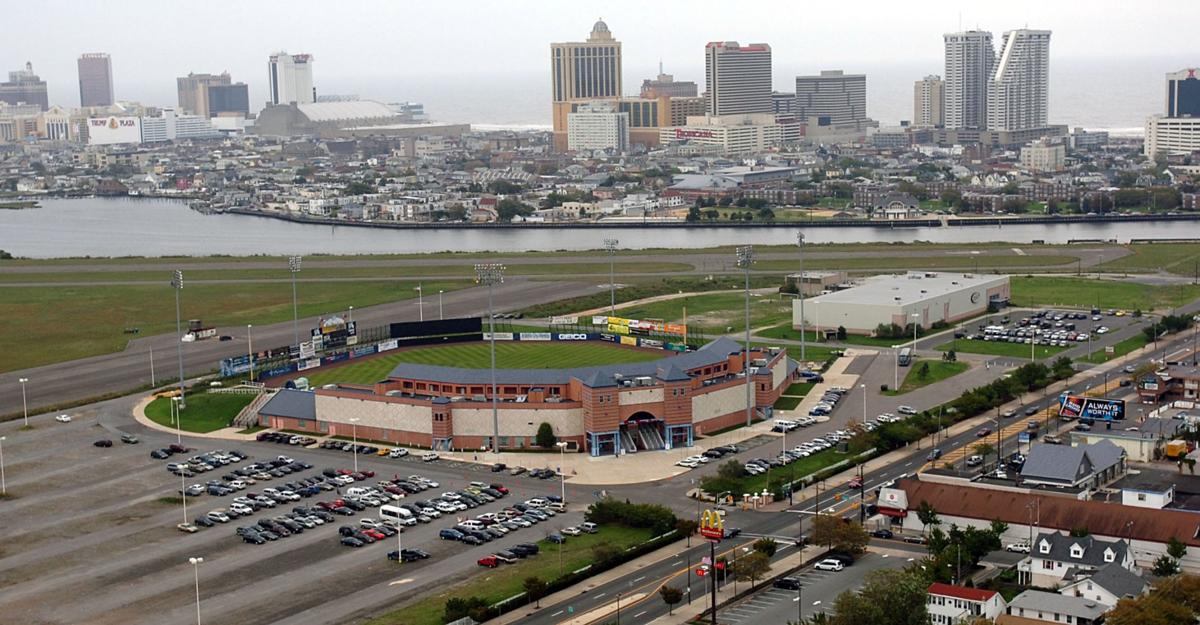 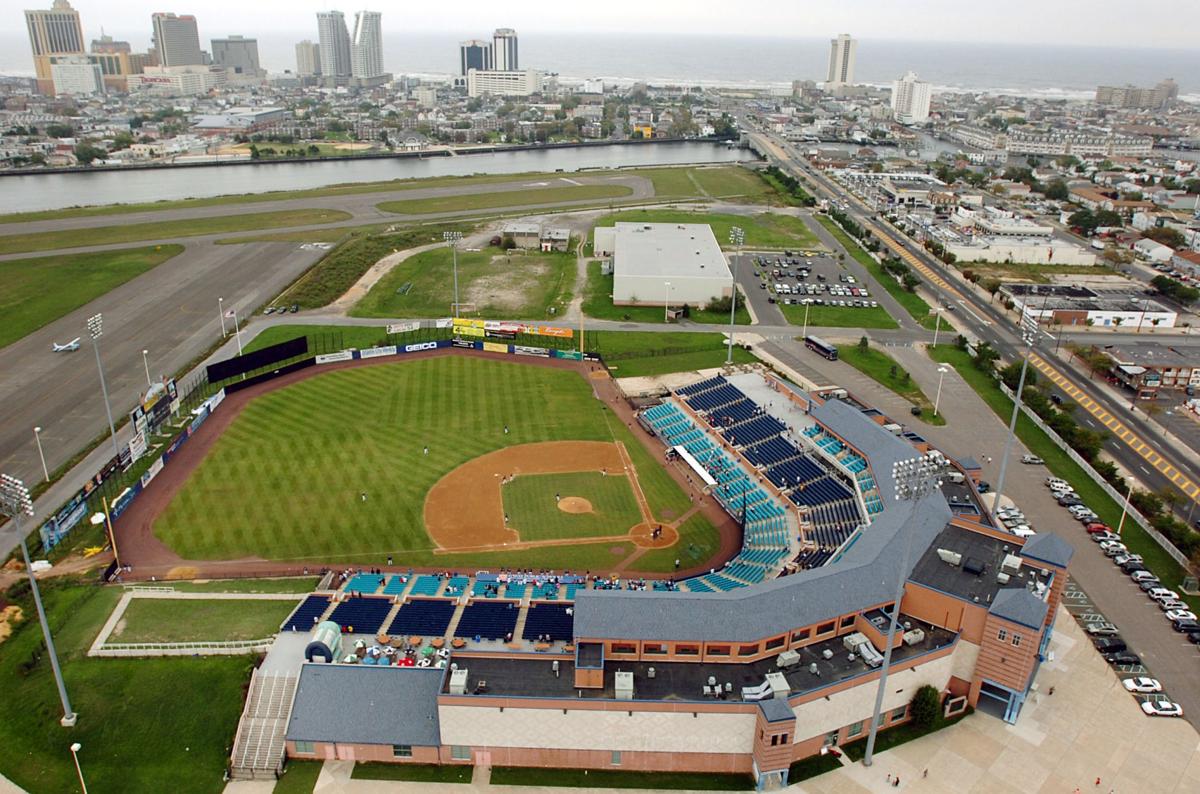 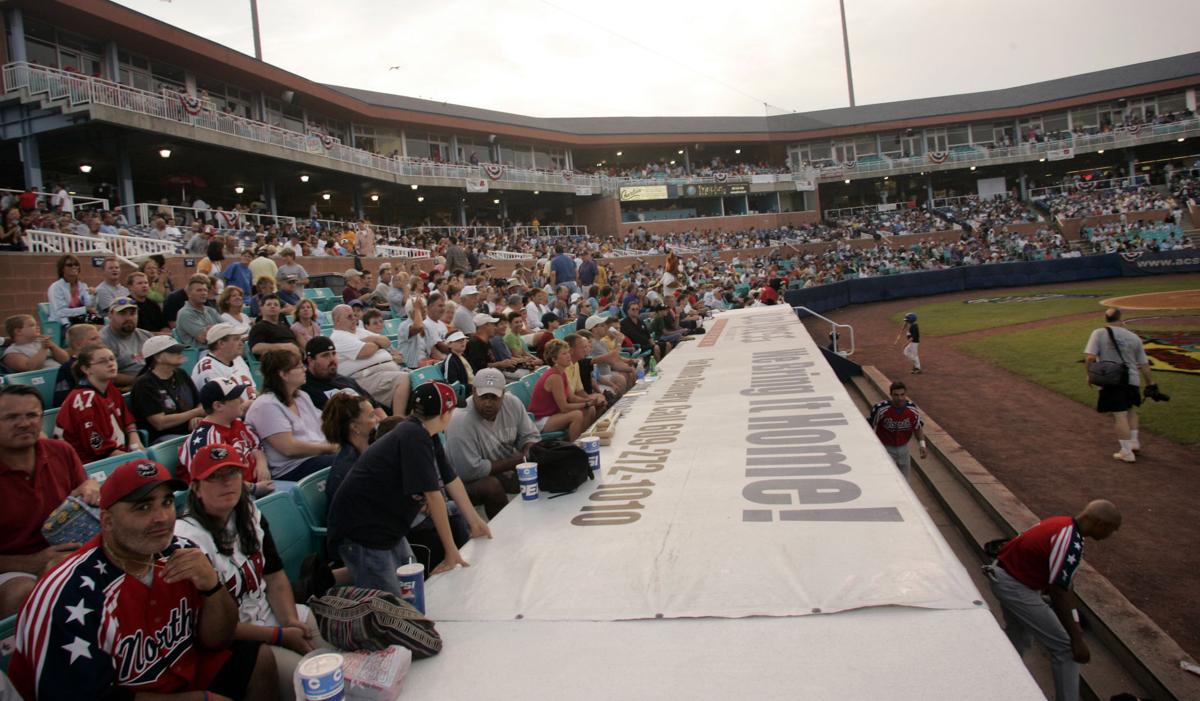 The North and South All-Stars faced off at the 2005 Atlantic League All-Star game at Surf Stadium in Atlantic City.

What’s left of my long, sun-streaked hair is now gray, just like my eyebrows.

My 40-yard dash time is in double digits, assuming I could sprint that far without pulling a hamstring.

Every room in my home, as well as both cars, contains a pair of reading glasses.

I wear Uggs in the winter, loafers in fall and spring and flip flops in summer. No shoelaces means less chance of a back spasm.

Unless I’m in a tournament, any putt inside a foot is a gimme. That keeps me from having to pluck my Titleist out of cups that appear to be getting deeper.

But as my wife often points out, growing older still beats the alternative.

And despite the various aches and wrinkles, I’ve still aged better than the old Surf Stadium in Atlantic City, formerly known as the Sandcastle.

A LOOK BACK at photos from Surf Stadium in A.C.

One month away from its 20th birthday, the once-beautiful ballpark has again fallen into a state of disrepair, judging by my recent visit.

The exception is the field itself, which is used by the Atlantic City High School and Atlantic Cape Community College baseball teams. The groundskeepers have done a tremendous job of maintaining the infield and outfield. The grass is lush, and the dirt is smooth.

The advertising signs that once covered the fences are gone. Pieces of black tarp were hanging loosely in right field, fluttering against the wind that was whipping off the bay.

The huge, electronic scoreboard in left field no longer works. It was missing panels and is in dire need of a makeover.

The aqua seats are faded. The tiny Surf logos that were on the backs are barely recognizable.

There are no lights.

It’s a far cry from the days when the ballpark was the envy of the Atlantic League, which is set to begin its 20th season later this month.

Back then, the Sandcastle was clean and cozy. And it gave fans a spectacular view of the Atlantic City skyline.

The Surf was one of six franchises that formed the league in 1998, along with the Bridgeport Bluefish in Connecticut, Nashua Pride in New Hampshire, Newark Bears, Newburgh Black Diamonds in New York and Somerset Patriots.

Only Bridgeport and Somerset are still in the league.

More than 150 players headed to Plant City, Florida, in early May of that year for an 11-day spring training. Headquarters was a Ramada Inn near the Municipal Stadium Complex, the former spring training home of the Cincinnati Reds. I was in the bar the night 20-year-old Chicago Cubs pitcher Kerry Wood struck out 20 Houston Astros.

My personal highlights occurred afterward. I had a couple days to myself and decided to spend them in Clearwater/Tampa. A visit to Clearwater meant my first — and to date only — dip in the Gulf of Mexico.

There were a couple of other “firsts” during a quick jaunt to Tampa.

One of my younger brothers joined me at Tropicana Field — the worst place to watch baseball — to see a Rays game.

And because Mark twisted my arm until it almost fell off, we checked out the famous Mons Venus gentlemen’s club.

Twenty years later, I’m now the kind of guy who reads “Playboy” for the articles.

Don’t get me wrong, I’m still pretty active. My birthday will be celebrated with 59 tire flips in the back parking lot of North Beach Gym. On June 4, I’ll again be among the 1,700 people leaping off the Cape May-Lewes Ferry to start the Escape the Cape Triathlon.

But I’m going to need a nap when I’m done.

As the Philadelphia Eagles general manager from 1998 to 2001, Tom Modrak played a huge role in the franchise’s transition from a struggling te…

As a kid growing up in Cape May in the late 1960s and early ‘70s, I always dreamed of playing in the World Series.

The history of the Atlantic City Surf

Vineland's Darren Ford back in New Jersey with Somerset Patriots

Vineland native Darren Ford will be taking a different route this season in his quest to get back to the major leagues.

The North and South All-Stars faced off at the 2005 Atlantic League All-Star game at Surf Stadium in Atlantic City.