ATLANTIC CITY — With 3,202 Democratic votes counted in Atlantic City shortly before noon Wednesday, Mayor Marty Small Sr. continued to lead with about 61% of the vote, according to the Atlantic County Board of Elections.

Pamela Thomas-Fields had about 34% of the Democratic mayoral primary vote, and Jimmy Whitehead had about 5%.

Small held a news conference Wednesday afternoon at his headquarters at North Carolina and Atlantic avenues to say he’s claiming victory and to thank his supporters. He expects to get the overwhelming majority of the outstanding votes, he said.

“The numbers are on our side. We expect the numbers to continue to rise based on our data,” Small said. “Those of you who did not vote or support us, hopefully you will find it in your heart in the future. This (election) is for another year — through Dec. 31, 2021.”

The mayoral candidates were vying for a one-year unexpired term, the result of former Mayor Frank Gilliam Jr.’s resignation in October after pleading guilty to wire fraud in federal court. A full four-year term will be on the 2021 ballot.

“We believe we will be in a pretty good position for that as well,” Small said.

Small said he has not yet heard from either of his opponents.

Thomas-Fields said Wednesday she would comment after getting the numbers for herself.

ATLANTIC CITY — Marty Small Sr. will have to wait a little longer to learn whether he will r…

Board of Elections Chair Evelynn Caterson estimated about 75% of the total votes cast from the resort had been counted by midday. There also were 399 Republican votes tallied, for a total of 3,601.

She said the resort votes were counted randomly, not by ward or time received.

More than 4,600 ballots have been received from Atlantic City voters, Caterson said. That total did not include any provisional or machine votes cast at polling places.

The 2020 primary was conducted almost entirely by mail to prevent crowds from gathering at polling locations during the COVID-19 pandemic. Six in-person polling locations were open in Atlantic City for voters to cast provisional ballots.

More than 14,000 ballots were mailed to registered voters in Atlantic City.

Thomas-Fields had the support of the local Democratic Committee and three council members.

Republican candidate Thomas Forkin ran unopposed in his party’s mayoral primary. Forkin, the former chair of the city Democratic Committee and current vice chair of the Atlantic City Republican Club, will square off against the Democratic nominee in November.

Walking on the Atlantic City Boardwalk last week, Valeria Marcus said she saw only a mother and her daughter wearing masks. The majority of pe…

That's a fold, not a vote! 1,200 Atlantic County ballots misread by scanner

LIVE UPDATES: Here's what you need to know about primary elections in South Jersey

Still need to vote? Here are your options. 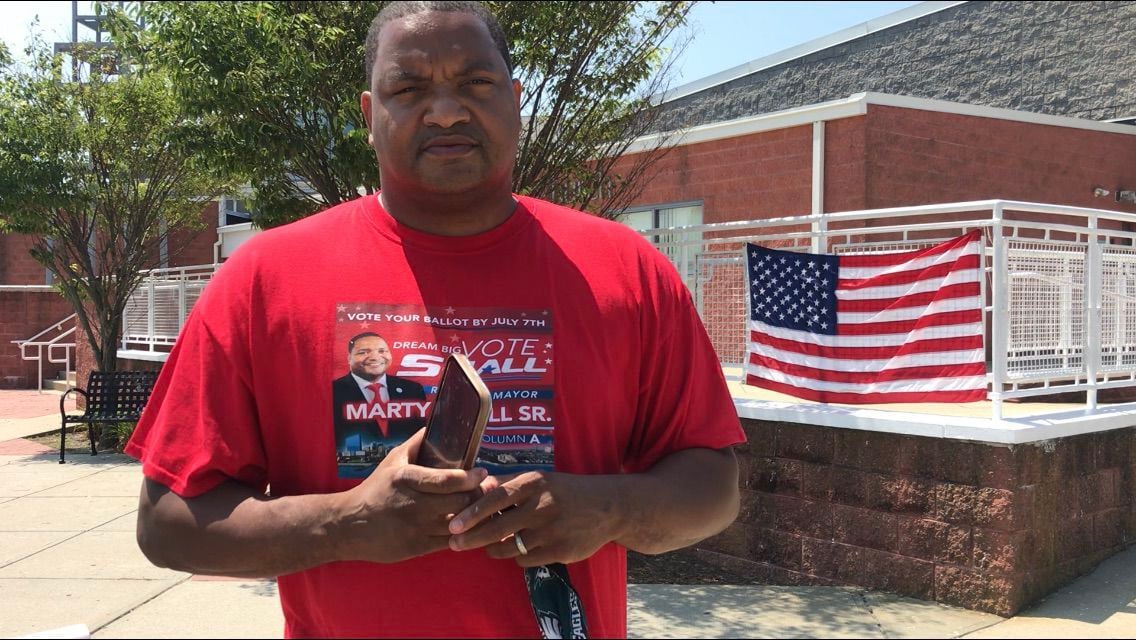 Mayor Marty Small Sr. said early Tuesday he felt confident about his chances to earn the Democratic nomination for a one-year unexpired term.