New Jersey ranks first in many undesirable things. It has the nation’s worst business tax climate, the highest property taxes, the least safe commuter rail service. To the list must be added perhaps the worst of the worst — total lifetime tax burden on its residents.

An average New Jersey resident will pay an estimated $931,698 in taxes during her or his lifetime, says a new study by the financial technology company Self. That’s almost twice what the average American will pay. Garden State residents will even pay substantially more than the $734,563 in high-taxing New York.

And this exceptional taxing can’t be blamed simply on New Jersey residents making more money. The governments in the state also take the highest share of its residents’ lifetime earnings — 49.51%. Unsurprisingly, residents also will pay the most in lifetime property taxes, $378,087.

Even this transcendent level of taxation isn’t near enough to cover the hundreds of billions in debt and outsized promises of pension and health payments to public worker unions.

There is much evidence that state and local governments have created America’s most onerous tax regime by kowtowing to public unions. Gov. Phil Murphy is only the latest chief executive to purchase the support of the unions for teachers and others by serving their interests at the expense of residents.

The reality, unfortunately, is worse. As the president of the New Jersey AFL-CIO — Charles Wowkanech, of Ocean City — boasted in these pages a couple of years ago, unions started seeking governmental power themselves in 1997 to get what they wanted.

“Tired of politicians who took our money and turned their backs, we asked this simple question: Instead of hoping for our leaders to do right by union members, what if we elected union members themselves?” he wrote. “In the two decades since, we have helped union members achieve 1,025 election victories. This includes a member of Congress, the state Senate president, the chairs of several legislative committees, and representatives on county freeholder boards and city councils from Bergen to Cape May County. New Jersey is one of the most pro-worker states in the entire country.”

As we’ve said before, that icon of progressives, President Franklin D. Roosevelt, saw this danger and sternly warned against allowing government workers to unionize.

Roosevelt said “the whole people” — not just state and local governments — is the employer of public workers. If those workers were allowed to reward government officials with donations and election support, those officials couldn’t be expected to fully represent the people and shouldn’t be allowed to impose contracts on them against their interests.

“The very nature and purposes of government make it impossible for administrative officials to represent fully or to bind the employer,” the people as a whole, said Roosevelt. “Militant tactics have no place in the functions of any organization of government employees.”

Self-interest is normal to every form of life, and working together toward a shared interest (too often at the expense of others) is as old as human social ability. But it can go too far and provoke opposition.

New Jersey residents thinking about why they pay uniquely high taxes may start wondering whether theirs is a government by and for the people, or one by and for members of the government and unions.

Even union leaders have shown some awareness of this risk, but have repeatedly missed chances to address it. Senate President Steve Sweeney, a union official, has been unable to advance the reforms recommended by the bipartisan Economic and Fiscal Policy Workgroup in its Path to Progress report — to make government sustainable and even one day affordable by fixing its spending problem. The State Commission of Investigation has been stymied for more than two decades in its efforts to stop oversized benefits payouts to government workers.

New Jersey and its taxpayers have been a golden goose for public union workers and the officials they support. That’s a fairy tale they may wish to reread. 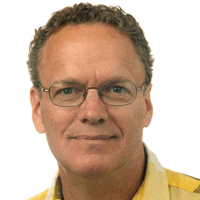 Prepared for a career in journalism by building Ford Pintos, driving school buses and being a janitor at Kmart. I've also been a business editor, entertainment editor and nature columnist. Graduated from a college that no longer exists.