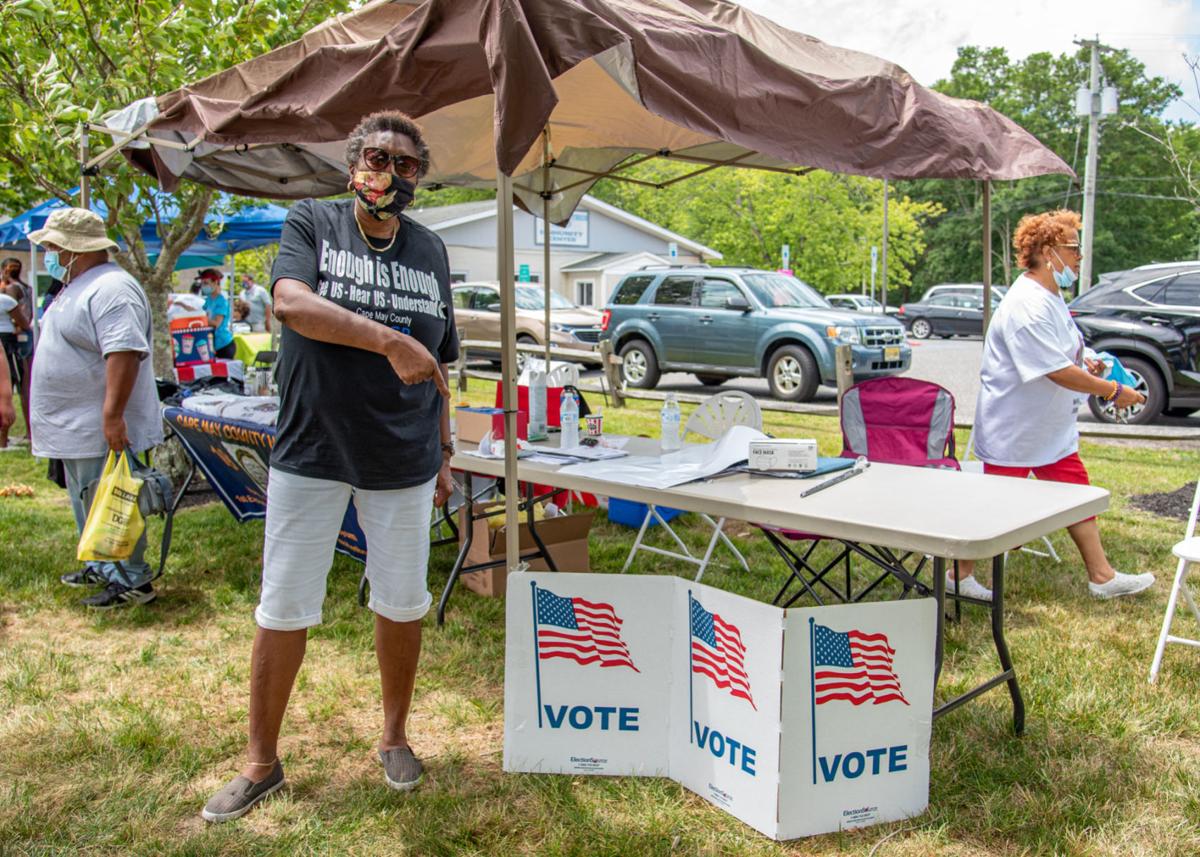 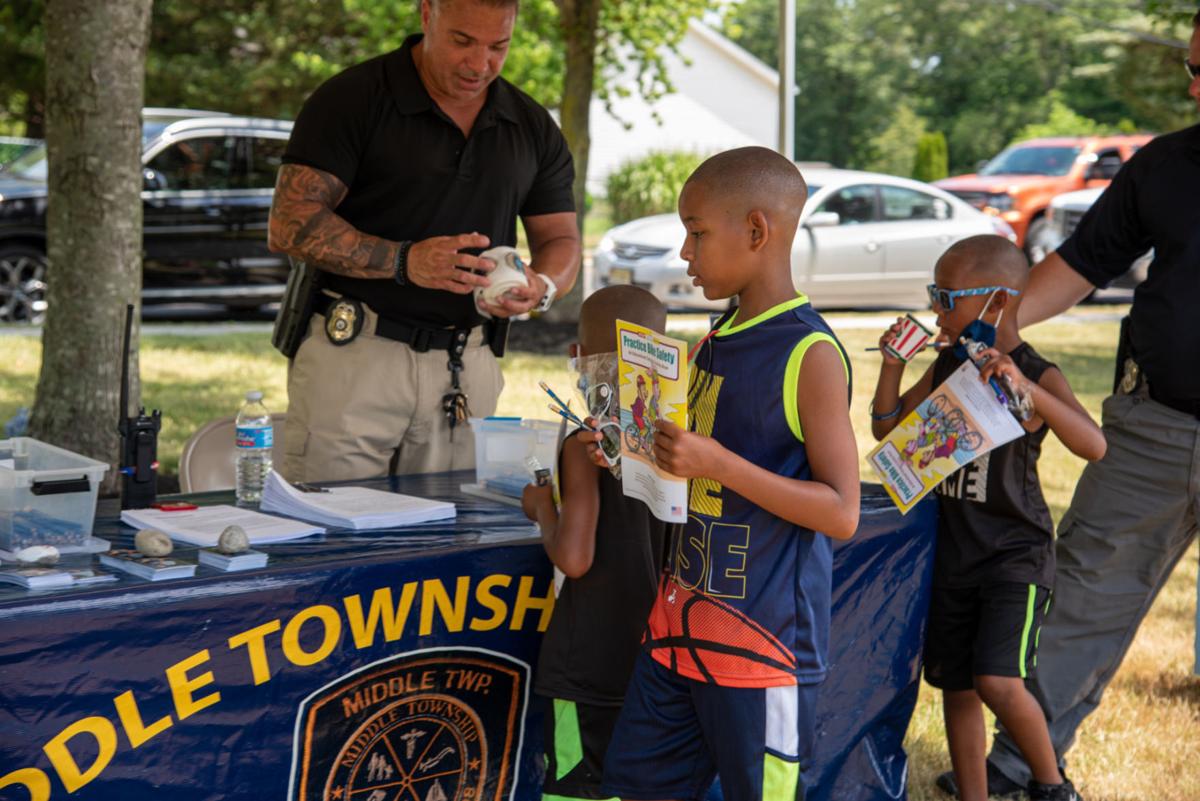 The Cape May County NAACP is sponsoring its first annual Juneteenth In Partnership with Middle Township. “Enough is Enough See us Hear us Understand us” Jose Aponte Jr./ For the Press

Middle Township officials recently found that good intentions are good but not always enough. They planned to increase township support for this year’s Juneteenth celebration and make it bigger and better than last year’s event.

Who doesn’t want government to do more and more for them? Well, there are probably plenty of people who don’t.

Among them, and rightfully so, are some in the local organizations that worked together to create Middle Township’s first Juneteenth event last year in the historically black Whitesboro section. These included the Cape May County chapter of the NAACP, Concerned Citizens of Whitesboro and the Progressive Black Initiative of Whitesboro.

The township last year partnered with these organizations on Juneteenth, providing staff, food and other support. This year, officials wanted to turn it into a major event, a “holiday of freedom.”

Township officials planned to host the bigger event, which would eliminate the requirement for a special event permit or separate liability insurance. Mayor Tim Donohue wanted to allow every organization to be involved that wanted to.

“We want to make it a big event and really start that tradition in Middle Township,” Donohue said. “We hope that everybody will take part in that because it really is a universal principle of freedom.”

Well, actually Juneteenth for more than a century has been an annual celebration by Blacks of the emancipation of slaves at the conclusion of the Civil War. It was born of the heartfelt joy of finally being free, and strengthened the struggle by Blacks to overcome racism through the civil rights movement and beyond. The day has been something Blacks owned, sharing its pure spirit each year.

The township’s effort to organize Juneteenth and direct it prompted a predictable and deserved response from some of last year’s organizers.

Quanette Vasser-McNeal, former president of the county NAACP and a candidate for Township Committee, said it seemed as though “the township is trying to invite us to our own party.”

Melissa Moore, vice president of the Progressive Black Initiative, said the groups would have to stand up for what they think is right, even if it meant backing out of the township event and holding their own elsewhere.

The township also tripped early in its efforts, sending an email about the event to the organizations with the wrong date for it, a week earlier than June 19th. We give them credit for coming around to the right approach of letting the organizations take the lead with whatever township support they wish.

That’s better than what state legislators and Gov. Phil Murphy managed when they made the same mistake last year, co-opting Juneteenth by officially making it everyone’s holiday. Worse, they initially intended to celebrate it on the third Friday in June each year — ensuring state workers get yet another three-day weekend out of it — but finally saw the firestorm of protest that would ignite in time to make June 19th their holiday.

As we said last year, symbolic gestures against racism have become obligatory for politicians, a sign of progress perhaps but also a potential for mischief. Well-meaning efforts by others may make it more challenging for Blacks to maintain this historic day’s verve and meaning for them.

That would be best since they and their ancestors created and developed this important part of American culture and civilization.

The Atlantic City Expressway west from the Jersey Shore leads to one of the most confounding highway bottlenecks in America. After the express…

Little New Jersey can be proud that almost a fifth of the state is permanently protected natural land with a mandated management plan. That la…

When something lasts a century, perhaps it’s not surprising that New Jersey would give it little thought and less funding for maintenance.

Emergency not over for NJ landlords stuck with nonpaying tenants

The pandemic shutdown of the economy prompted trillions of dollars in aid to people and businesses suddenly shut or put out of work. There was…

The Jersey Shore has many fine recreational paths, constantly used by walkers, runners and bicyclists (and those on skateboards, scooters and …

The concentration of spring shorebirds on the Delaware Bay shore was a world famous natural phenomenon a few decades ago. A hundred thousand f…

The recovery and reinvention of Atlantic City is a multi-phase project. The current state-led effort was chugging along until the pandemic cru…

Boardwalk trams have proved their worth to visitors, Atlantic City

We sympathize with business people. Possible rewards are offset by serious risks. Government regulation is challenging, costly and often makes…

The Cape May County NAACP is sponsoring its first annual Juneteenth In Partnership with Middle Township. “Enough is Enough See us Hear us Understand us” Jose Aponte Jr./ For the Press