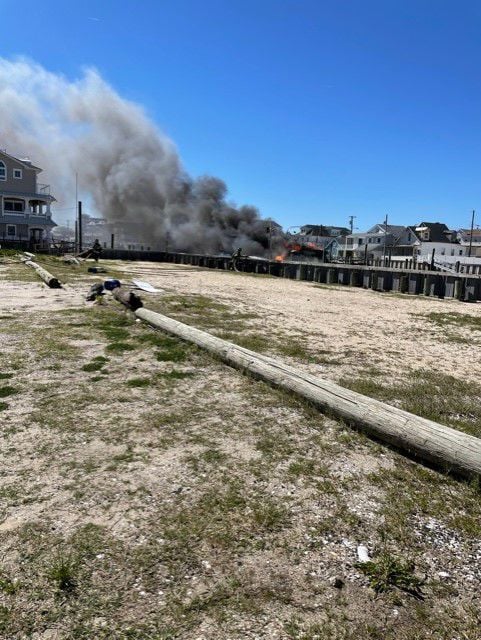 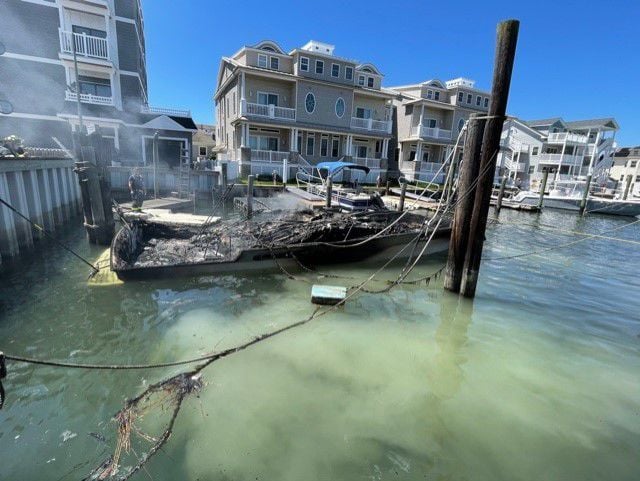 A fire in the 400 block of Dock Street in Wildwood on Saturday completely destroyed a docked boat that also caused some damage to nearby boats. 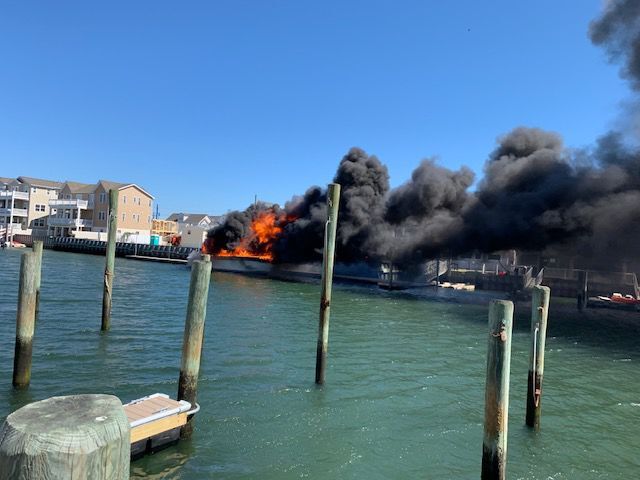 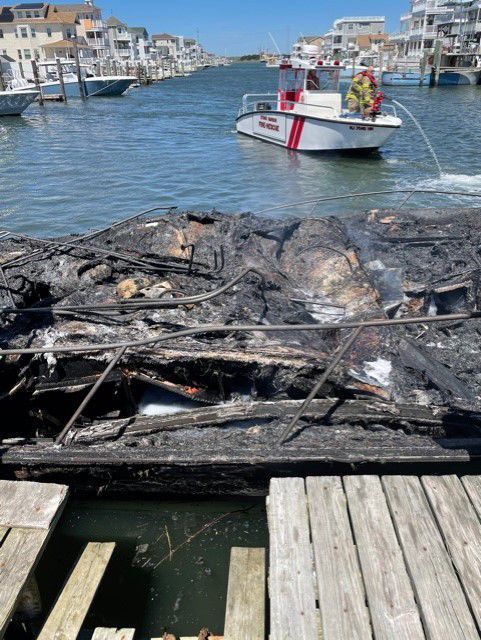 WILDWOOD — Officials are investigating a morning boat fire Saturday that caused serious burns to one person and a minor injury to a firefighter.

Fire departments from Wildwood and North Wildwood responded to the 400 block of Dock Street around 10:30 a.m. where they could see the 40-foot vessel, which was docked, in flames.

Firefighters from Wildwood Fire Squad Co. 3, under the command of Capt. Matt Johnson and North Wildwood Fire Ladder Co. 2 were flagged down by bystanders to report that a victim with serious burn injuries was brought to a nearby business.

As crews from Wildwood Crest EMS and AtlantiCare Paramedics treated and transported the victim to the Cape May County Armory in Cape May Court House, the alarm was upgraded to a full-first alarm fire, recalling off-duty firefighters and additional resources to the scene.

The burn victim, who was not named, was flown by Medevac helicopter to Jefferson University Hospital Burn Center in Philadelphia and is listed in serious condition.

As crews worked to douse the flames, the boat broke free of its moorings and began floating east down Otten’s Harbor, landing near Park Boulevard and causing minor damage to two other boats that were docked.

The fire was contained in 30 minutes, Wildwood fire officials said. The units remained at the scene for about three and a half hours.

The Cape May County Fire Marshal’s Office and the New Jersey Division of Fire Safety are investigating the fire.

No, there’s nothing in the water, although medical staff at AtlantiCare Regional Medical Center, Mainland Division, will joke that there is, b…

A fire in the 400 block of Dock Street in Wildwood on Saturday completely destroyed a docked boat that also caused some damage to nearby boats.