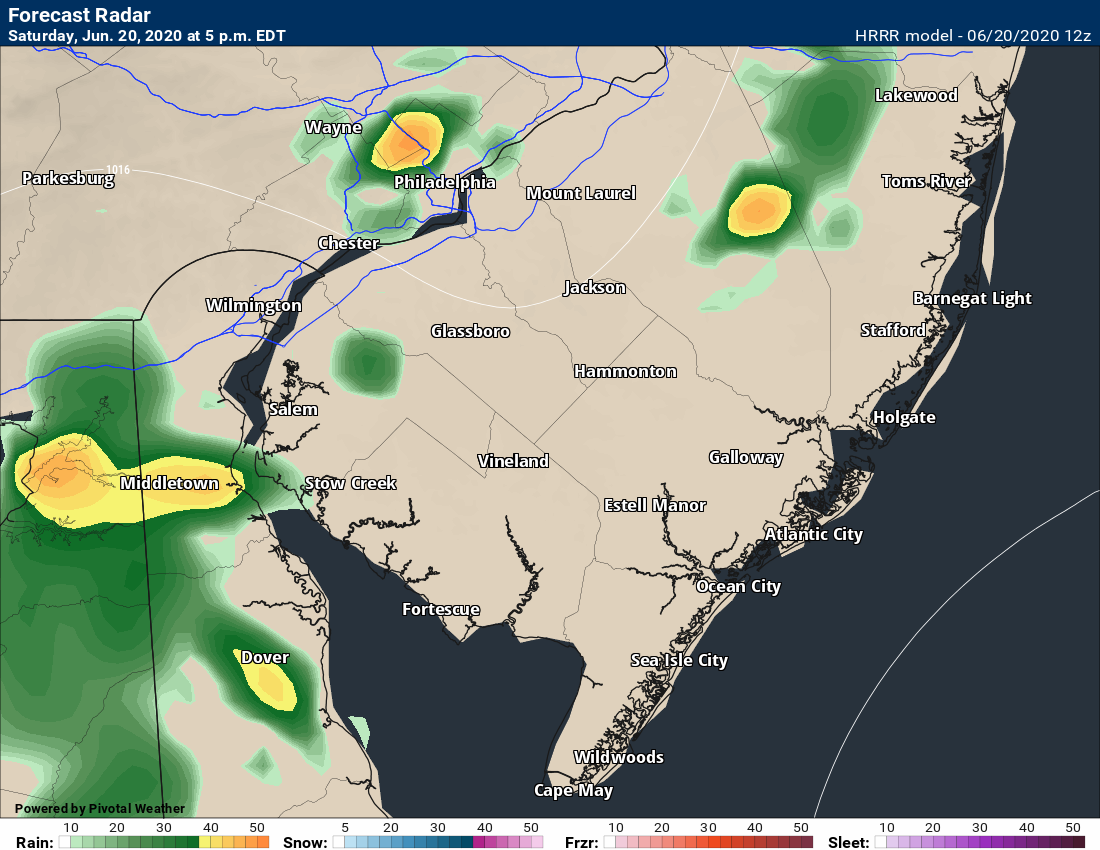 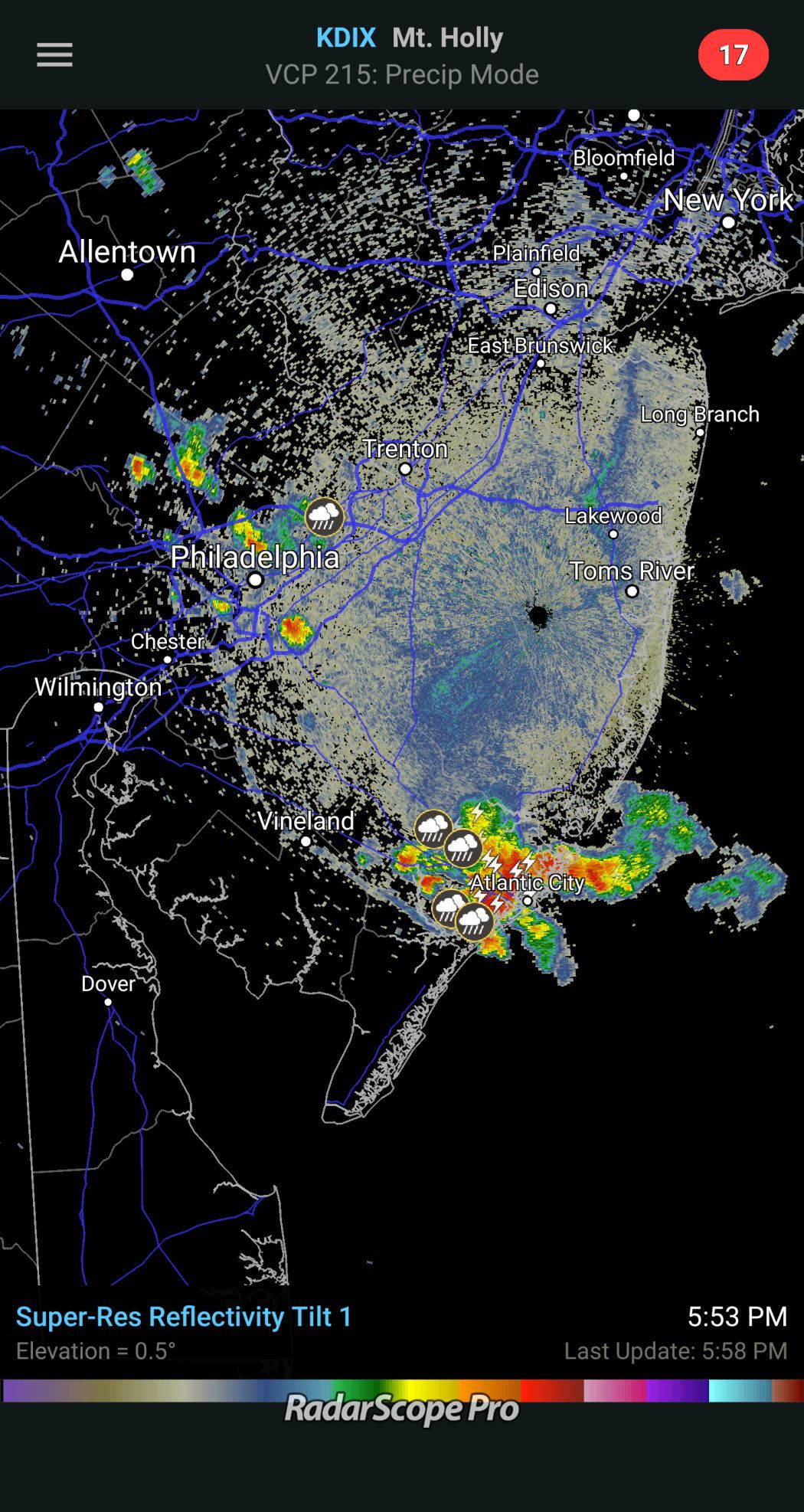 Radar image for 6 p.m. on July 3, 2019. This is a textbook example of isolated shower or storm activity. Most places are dry, with a lone cell or two around.

Often during the spring and summer, you'll hear a Meteorologist say "isolated", "scattered" or even "numerous" to describe shower and storm coverage.

Isolated and scattered do not indicate washouts. They both mean storms are random on the map, or hit or miss.

In an isolated setting, thunderstorm won’t have any others around it for a good distance. To put it another way: You drew the short end of the stick if you get rained on during an isolated storm day.

Scattered indicates greater coverage of storms. These are generally "hit or miss" storms, where you'll find a fair amount of people in the same scenario as you, whether it's raining or rain-free.

Expanding beyond that, "numerous" coverage indicates a large number, more than half, will see storms at some point. It does not have to mean a washout. However, in this scenario, cancelling outdoor events will be a good idea, unless there is a high tolerance for rain.

More than 500 customers without power in Atlantic County

Stormier, but not a washout into the weekend, coastal flooding remains

From sunshine to humidity to storms to coastal flooding, we’ll see a little bit of everything in the weather world this holiday weekend. Howev…

A hot and humid airmass remains locked in place over South Jersey.

It will not just be the heat or humidity Wednesday, but the potential for thunderstorms that will bring a variety of potential weather hazards…

After a Tuesday that brought flooding rain in between peeks of sunshine, Wednesday will see the risk for more of the same.

Damaging gusts will be a weather threat again, as a screaming southerly wind will bring not only that but a period of heavy rain, too.

Strong to severe storms Wednesday as mainland sizzles near 90 degrees

Damaging winds will be a concern Wednesday afternoon and evening as the first real hot day of the year takes hold of South Jersey.

To borrow from Aerosmith, the weather this week is the “Same Old Song and Dance,” as rounds of morning fog and sun are followed by some clouds…

90 degree heat, periods of sun, storms to come in week ahead

The week ahead will bring another step up the thermometer, with a pair of 90-degree days Tuesday and Wednesday. Morning sun will turn to after…

ATLANTIC CITY — Firefighters rescued a woman trapped under a car Sunday night after she was hit by a alleged drunken driver.

The peak of the heat this week will come Tuesday and Wednesday, with mainland temperatures getting near and above 90 degrees. A round of storm…

Storms brush by Thursday, as temps climb to 90 for weekend

A pair of weak storm systems will brush by the region Thursday. Friday and Saturday will then be dry, with 90-degree heat on the mainland for …

Saturday and Sunday will bring a pair of 90-degree days to much of the mainland, making it a great day to seek relief at the pool or beach. In…

Rounds of storms expected for much of the week, when will it be dry?

This week will be peak summer weather in New Jersey. After a dry Monday, the risk for showers and storms will be present for Tuesday, Wednesda…

Showers and storms enter forecast through Thursday as heat goes down

Rounds of showers and storms will be present over the next three days, bringing much needed rain to parts of the area.

Out of all the days this week, Wednesday will bring the highest coverage of showers and storms. That will help to chip away at a rainfall defi…

The stickiest week of the year arrives this week, heat wave possible

We’ve had a day here and there, we’ve even gone two or three days in a row. However, the stickiest run of days in a row will come to South Jer…

While the mid-90s temperatures some saw Monday will be gone for the rest of week, the 70-degree-plus dew points we had Monday will keep the sw…

If you liked Monday, whether at the shore or the mainland, you’ll like Tuesday, as a similar day is likely. It will become even stickier into …

While the sticky weather will remain the same, the temperatures on the thermometer will go down for Thursday and Friday. Similar to Wednesday,…