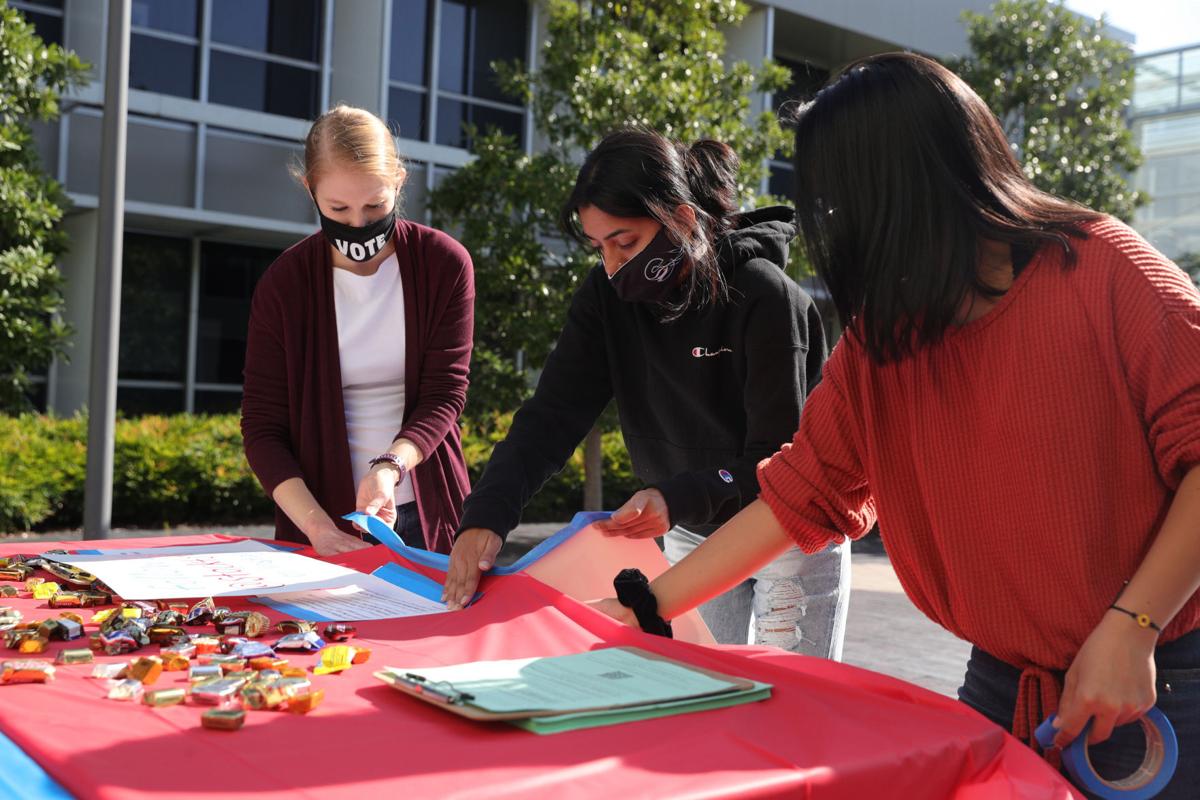 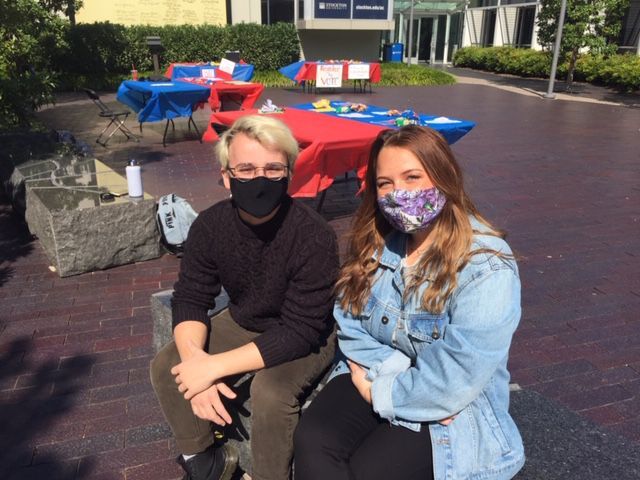 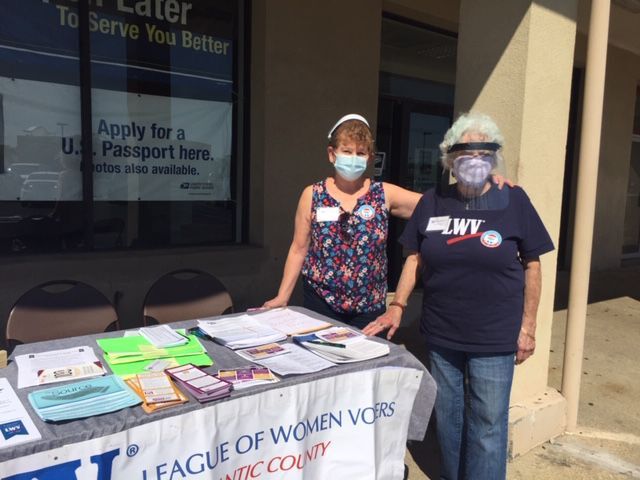 From left, League of Women Voters of Atlantic County volunteers Ree Leeds, of Absecon, and Marlene McPherson, of Atlantic City, run a voter registration table outside of the Pleasantville Post Office on Tuesday. 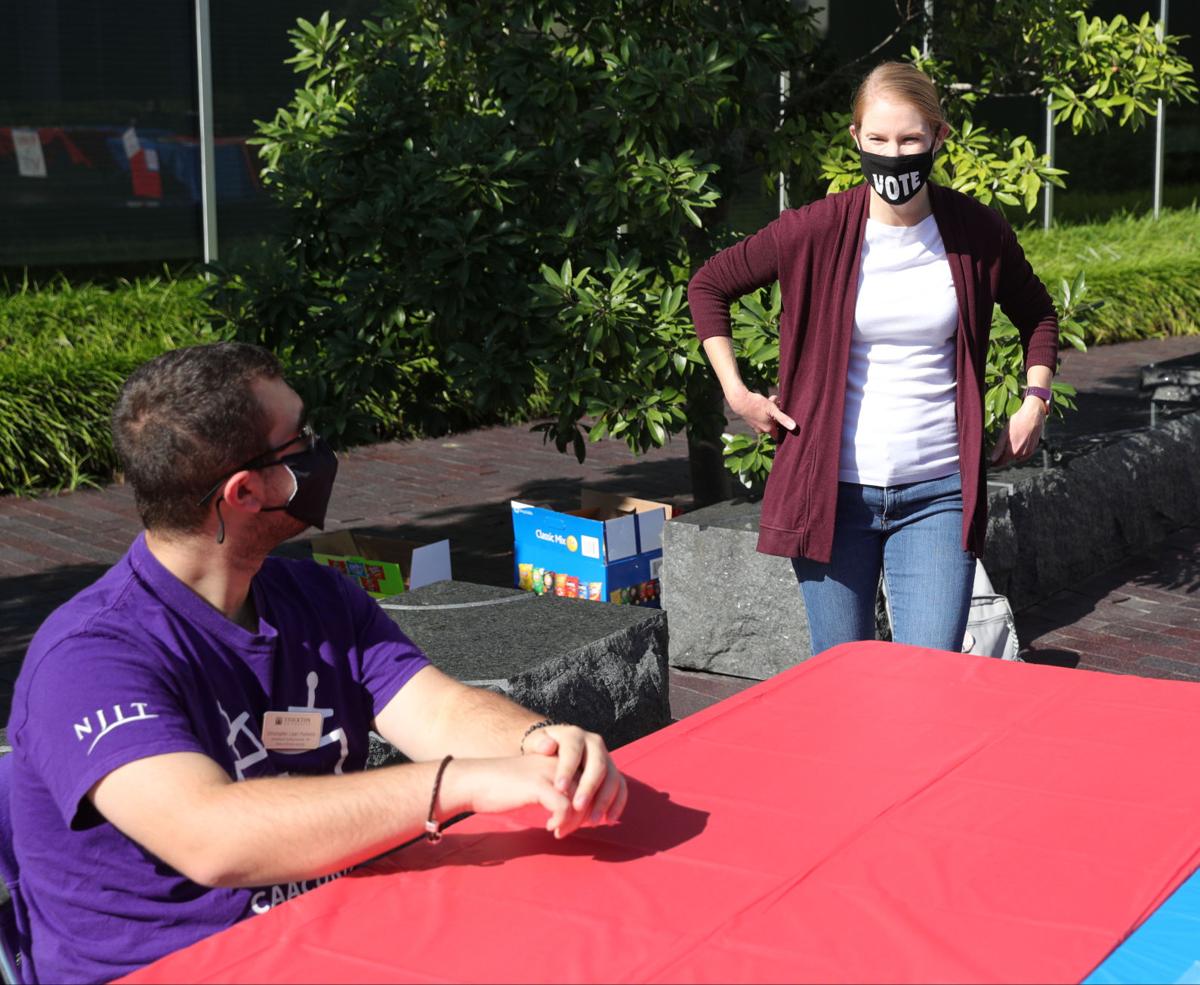 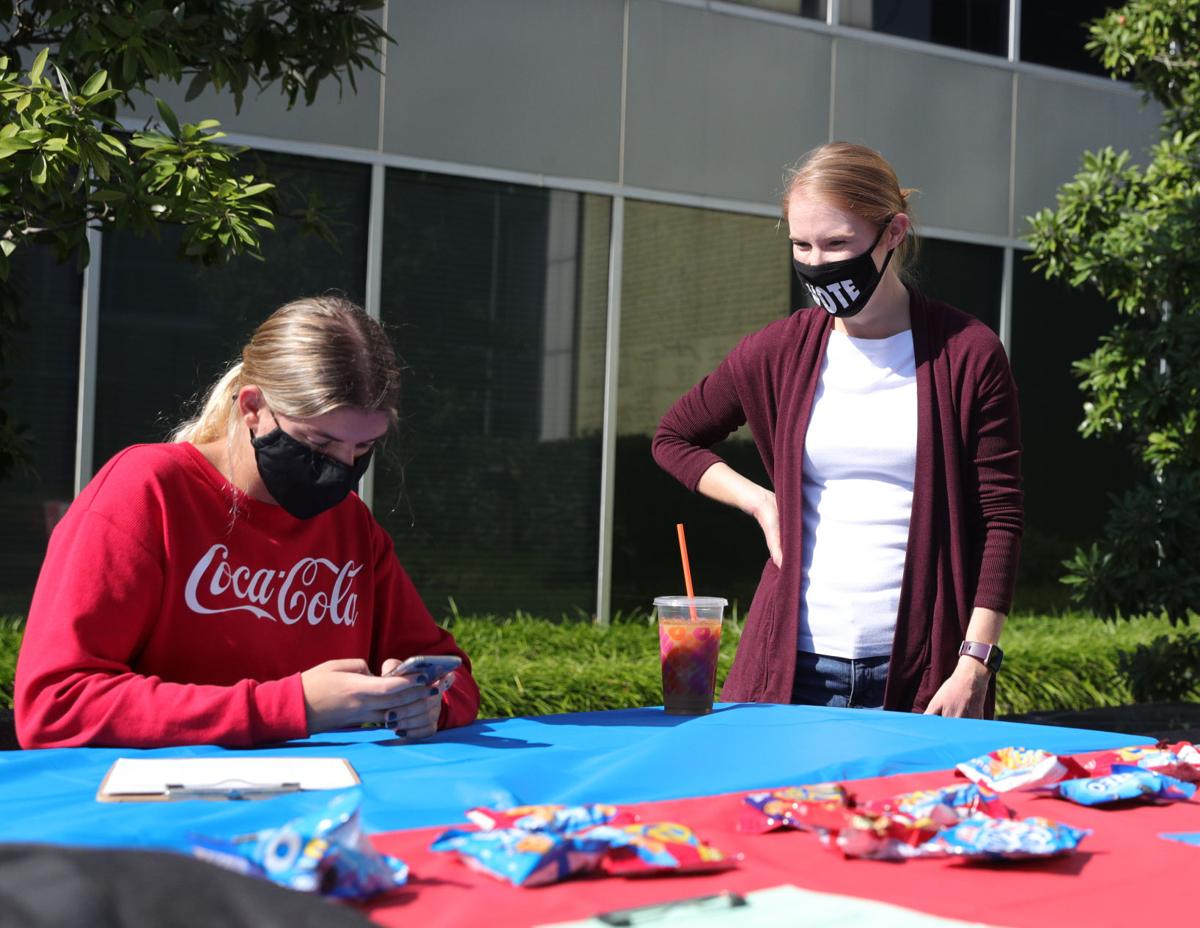 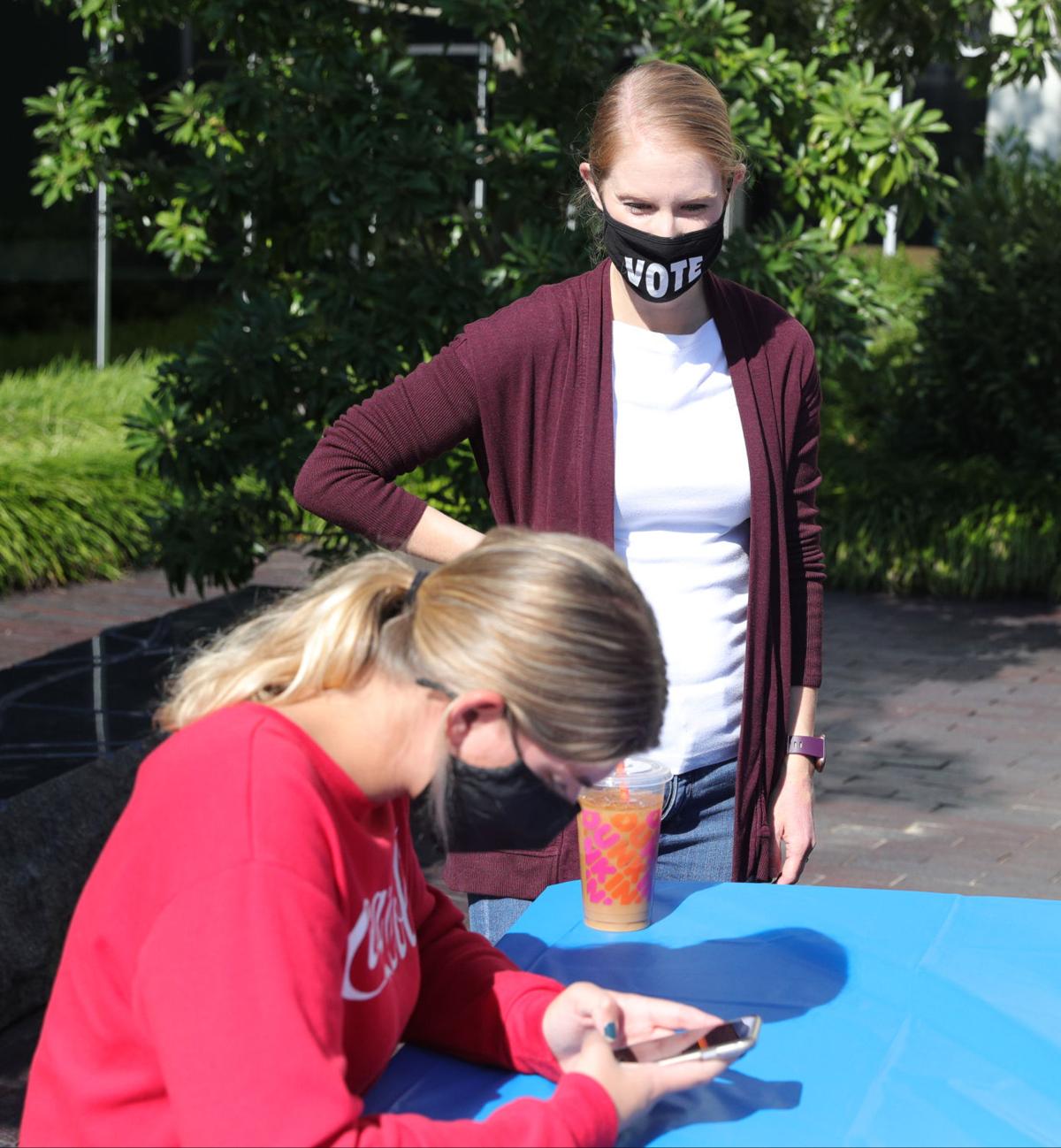 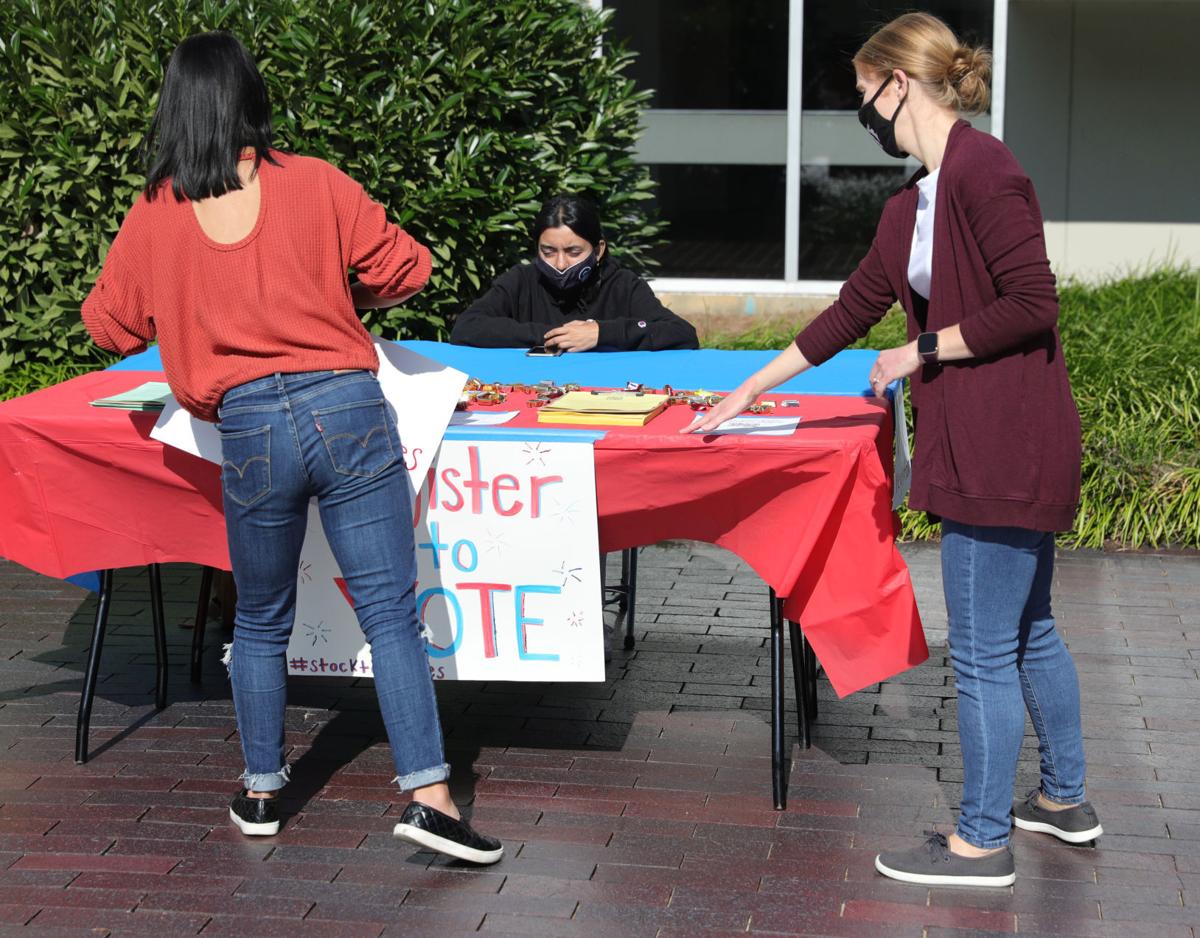 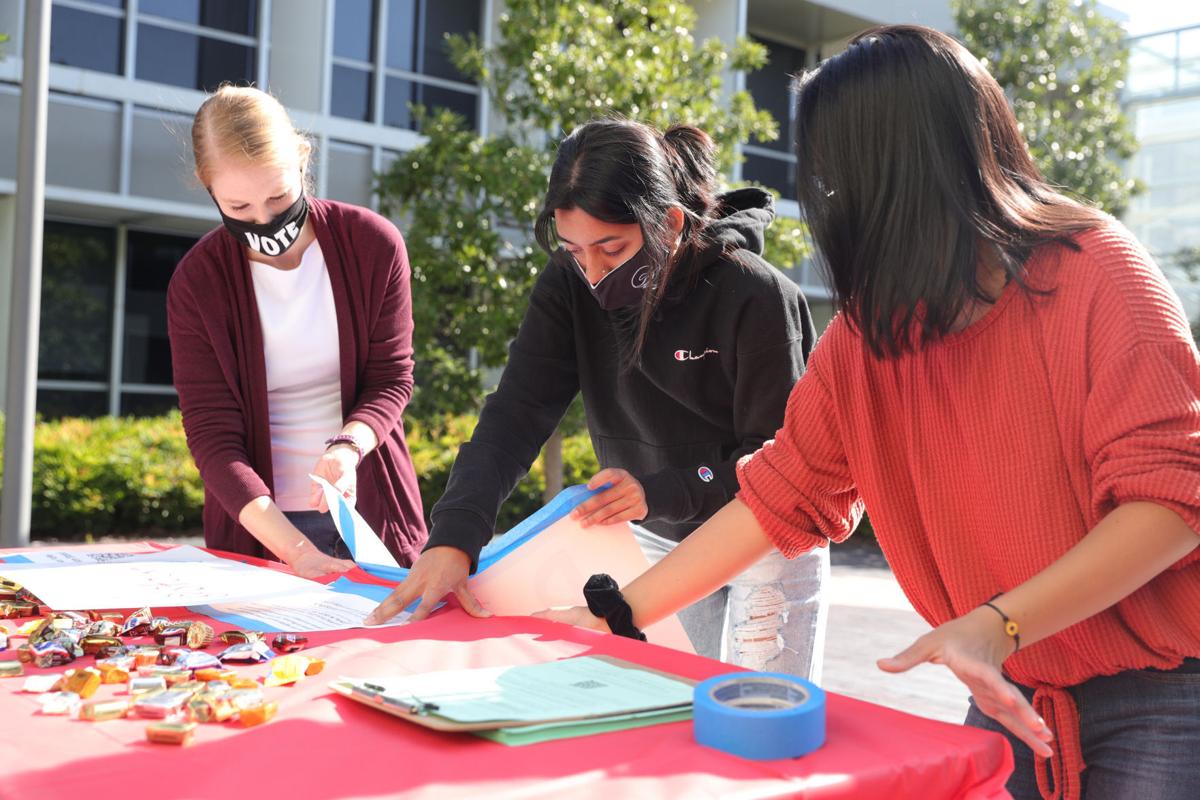 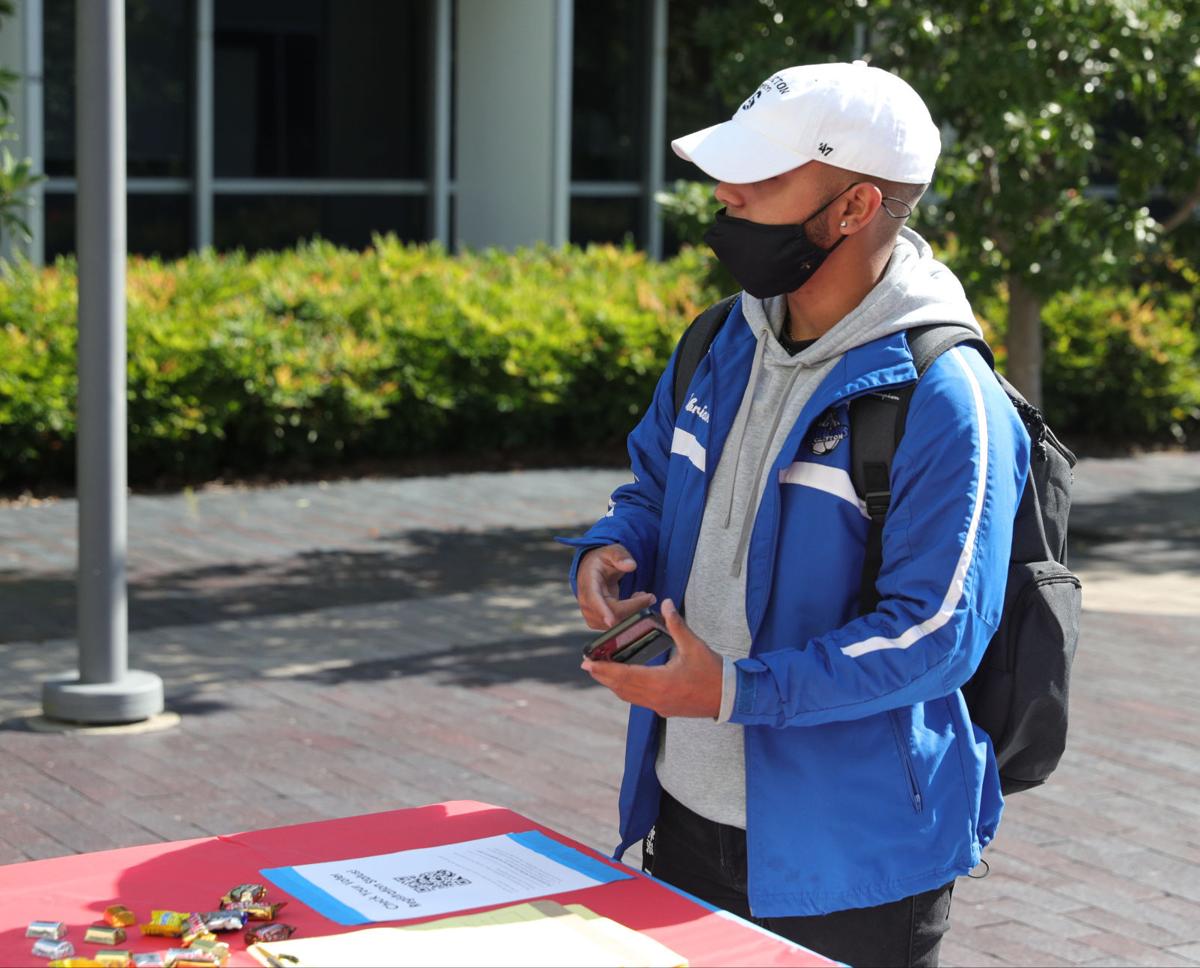 “Are you registered to vote?” volunteers asked patrons as they walked into and out of the Pleasantville Post Office on Tuesday. “Do you have a voting plan?”

Most said yes, they were registered. Anyone who wants to vote in the Nov. 3 general election must be registered by Oct. 13.

Some stopped to talk about the best way to get their filled-out ballots to the Board of Elections. Voters can either send them through the mail (they are postage-paid), drop them off in person to their county’s Board of Elections, or drop them off on Election Day at their polling place. They can also drop them in a secure drop box that is under camera surveillance at all times.

The volunteers at the post office, who were from the League of Women Voters, had a list of the 13 drop boxes available in Atlantic County. People can safely leave filled-out ballots in those, to be picked up by election workers and taken directly to the Board of Elections. The drop boxes are designed to avoid any potential delays that could happen using the U.S. Postal Service system.

By about 1 p.m., the League of Women Voters had gotten forms filled out for eight new voters, said Marlene McPherson, of Atlantic City.

The 2020 General Election will not be like past general elections, Gov. Phil Murphy said. He…

The volunteers had checked the registration status of several people who were unsure about being registered, and most already were, so they didn’t need to do anything else to get a ballot mailed to them, said Ree Leeds, of Absecon.

The drive at the post office was just one of several events around the region for National Voter Registration Day.

At Stockton University, a few students passed by the registration table set up by the school’s American Democracy Project/Political Engagement Project.

There, too, the registration volunteers helped people check on their registration status and register online quickly if they needed to.

“It’s a lot to take in for people,” said Singer, a political science major, of the vote-by-mail ballot and process of returning it. “It’s confusing.”

Assistant Professor of Political Science Claire Abernathy said the political engagement project will continue to educate students about the process through the election Nov. 3.

Students will soon produce a video teaching people how to fill out a ballot correctly, she said.

“Most students have not voted by mail before,” Abernathy said.

Singer said this will be her first vote-by-mail election, but political science major Anthony Forte, 20, of Barnegat Township said he has been voting by mail since 2018.

“So I’m more familiar with it,” Forte said. “At the end of the day, you fill out a box. But it’s a lot of information in front of you at once.”

In addition to the presidential election, all of New Jeresy’s seats in the U.S. House of Representatives are up for election, as well as the U.S. Senate seat held by Democrat Sen. Cory Booker.

There are also three public questions, including one about whether to change the state constitution to allow recreational use of cannabis by adults; and a variety of state, county and municipal offices are on the ballot in each county.

“Some people in our age group are intimidated. Everything is so intense,” she said of the presidential election. “They think, ‘I don’t know enough.’”

But Singer said having a ballot automatically sent to every registered voter will help increase participation by the young.

“I got mine two days ago, and already sent it in,” Singer said. He is registered in Ocean County.

Mike Sommers, assistant Atlantic County clerk{span style=”background-color: #deffde;”}, {/span}said his office has a goal of mailing ballots to Atlantic County voters the week of Sept. 28, but all will definitely be mailed by the Oct. 5 deadline.

Election officials are hoping few people will elect to vote in person at the polls, since they would have to fill out paper provisional ballots unless they have a handicap that prevents them from doing so. In that case they can use a machine.

Provisional ballots take longer to be processed, since they get to the Board of Elections only after the polls close. Vote-by-mail ballots sent in earlier can begin to be counted this year 10 days before Election Day.

Anyone who has not yet registered can do so online through a new state web page at https://voter.svrs.nj.gov/register/.

But first make sure you aren’t already registered. Check your status online at voter.svrs.nj.gov/registration-check.

Atlantic County may spend $40,000 for space to process election ballots

The League of Women Voters of Atlantic County will hold a candidates from 7 to 8:30 p.m. Wednesday for candidates for county offices.

How many dead people will vote in NJ on Nov. 3? Some, and it's not about fraud

It’s a virtual certainty that some dead people will vote in this fall’s general election all over New Jersey, according to the Atlantic County…

GALLOWAY — Tuesday night’s fundraiser with Donald Trump Jr. will benefit a nonprofit group, and an organizer said money raised will be used to…

Atlantic City honors 'man with the red bandanna,' other 9/11 heroes

As the state moved Wednesday to expand its offshore wind program, Senate President Steve Sweeney and two assemblymen asked the Board of Public…

From left, League of Women Voters of Atlantic County volunteers Ree Leeds, of Absecon, and Marlene McPherson, of Atlantic City, run a voter registration table outside of the Pleasantville Post Office on Tuesday.