What’s Next: The public is invited to a meeting to explain the new flood maps and attempts to appeal them. The meeting is Feb. 23 from 6 to 8 p.m. at Township Hall, 2600 Bayshore Rd. Flood insurance professionals will be there to answer questions.

LOWER TOWNSHIP _ New FEMA flood maps are putting large sections of the Delaware Bay coast into high-hazard V-zones and officials said this will lead to skyrocketing flood insurance costs and a massive drop in property values that will hurt the township’s ratable base.

Officials are appealing the FEMA maps but in the meantime they are also pursuing another strategy: Bulkheads.

“It’s either a bulkhead or pay the V-zone price,” said Stewart Farrell, a coastal geologist the township hired to help their case.

A bulkhead certified by FEMA to withstand a 100-year storm can result in removing the V-zone designation. The township has already surveyed any existing bulkheads put in by property owners and are exploring a larger project to fully armor V-zone areas.

Deputy Mayor Norris Clark, whose own house was placed in a V-zone, said it would make sense for property owners to band together to save money. He said if done together the price would be around $400 a foot.

“The solution needs to be done as a whole and not piecemeal. If it is done piecemeal, it will be bad for anybody who doesn’t do it,” said Clark.

Areas left undone would suffer increased erosion. Bulkheads are known to redirect wave energy and lead to erosion nearby.

Farrell said there were no V-zones on previous flood insurance rate maps, or FIRMs, done by FEMA as far back 1983. The new maps are still preliminary, and currently under appeal by the township, but they add pockets of V-zones all along the bayshore.

The V-zones from Lincoln Boulevard to Fern Road are on the beach and are not a problem because the houses are on the other side of Beach Drive. North of Fern Road the road moves behind the houses so the homes are right on the water, often in the dunes. Farrell said this area covers more than three miles and includes about 100 homes.

“They mapped from the landward toe of the primary frontal dune and that includes about all the houses,” said Farrell.

Farrell said he found homes at an 18-foot elevation in the V-zone but height doesn’t matter since FEMA is following a rule enacted by legislation. There is no leeway. Farrell said these homes could face rising flood insurance costs that could lead to five-figure premiums, up to $10,000 per year.

“If they don’t have a mortgage, no problem, but with a mortgage they need flood insurance and the buyer will discount the asking price by 30 to 50 percent. I’ve seen it happen,” said Farrell.

Clark said this would impact the ratable base. This is waterfront real estate with among the highest values in the township.

“They’re either going to build a bulkhead or they have to pay more for insurance. Folks are looking at different bulkhead options,” said Clark.

The township and other Delaware Bay towns in Cape May and Cumberland counties are also trying to get government help and state Senator Jeff Van Drew, D-Cape May, Cumberland, Atlantic, has gotten involved in an attempt to create a bayshore coalition.

Mayor Mike Beck notes that the ocean towns have received billions in Hurricane Sandy aid but almost nothing has gone to the bayshore.

“We get slammed and the ocean-side seems to get the attention. We get a lack of attention financially and yet are told what we can and can’t do,” said Beck.

Beck is urging residents to attend a Feb. 23 meeting on the issue to look at the new maps and hear officials discuss their appeal with FEMA.

“They need to be aware of what their options are,” said Beck.

Those options could come down to a discussion of different types of bulkhead and whether to do individual or larger projects. The matter is complicated by the fact that most homes are not built on piling. They are often on slabs or block, so they would be non-conforming in a V-zone. Another issue is that the bayshore has several tidal creeks.

The township has already won some arguments. In one case a bayfront home at 12 feet elevation was not in a V-zone but one behind it, farther from the water and at 18 feet elevation, was in it.

“FEMA agreed and that got fixed,” said Farrell.

Individual property owners can also submit information to FEMA to try and get a V-zone designation changed. 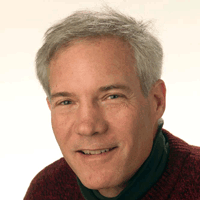 35 years with The Press of Atlantic City, the Asbury Park Press and other newspapers.