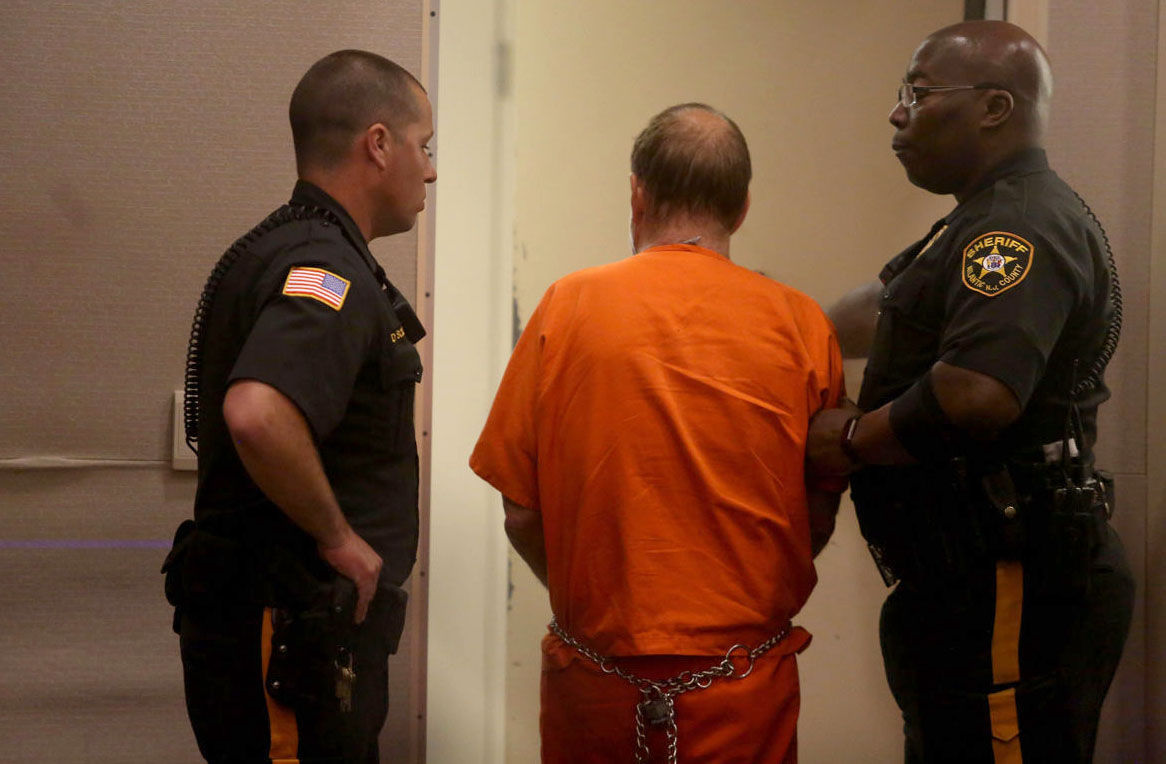 Dr. James Kauffman is led out of the court room by officers after the judge granted the state's motion ordering Kauffman to detainment until trial Monday, June 19. 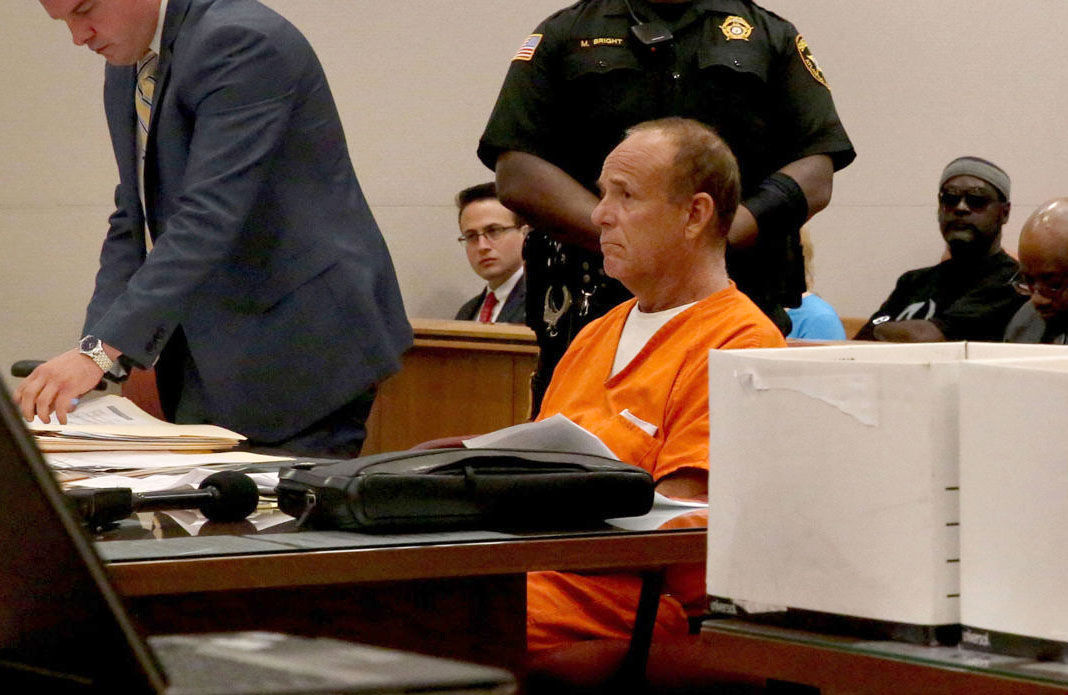 The suspension follows a Superior Court judge’s decision last week to keep Kauffman, an Atlantic County endocrinologist, in jail until he can be tried on charges stemming from a June 13 armed standoff with police outside his practice in Egg Harbor Township.

Kauffman agreed Monday to the temporary suspension of his license pending the resolution of the criminal charges against him and other conditions set by the Medical Examiners Board, according to the state Division of Consumer Affairs.

“Dr. Kauffman’s conduct, followed by his criminal arrest, demonstrates an imminent danger to the public. The Board acted appropriately to ensure that he will not be allowed to practice medicine until this very serious matter is resolved,” Attorney General Christopher S. Porrino said in a statement.

Porrino said Kauffman will also have to undergo a professional evaluation and “be deemed fit to resume practice” before the medical board can consider reinstating his license. Until then, it will be indefinitely suspended.

Kauffman was first licensed under the New Jersey State Board of Medical Examiners on Aug. 4, 1978, according to state records, which show no previous board actions against him while practicing in New Jersey.

The doctor has been in the Atlantic County jail since his June 13 arrest after he ran inside his office as police officers were attempting to execute a search warrant. Inside the office, authorities said, Kauffman drew a gun, which he pointed toward his chest while officers negotiated with him. After 45 minutes, he surrendered.

Kauffman was married to radio host and veterans advocate April Kauffman when she was discovered shot to death in the couples’ Woodstock Drive home in Linwood in May 2012. The doctor has not been named as a suspect in the case, and authorities have said the June 13 warrants were unrelated to their ongoing investigation into the homicide.

Kauffman filed an appeal this week to the Superior Court’s decision that he remain in jail. An appeals court has not yet set a date to hear the appeal.

An Atlantic City man wanted in the March shooting of another local man has been arrested, police said.

There's no time for sadness at Camp Sparkle

LINWOOD — A roomful of children beating on drums might not sound like stress relief, but teacher Mary Steinacker knows that rhythms can be soothing.

PLEASANTVILLE — An 18-year-old and two boys have been arrested and charged in a February home robbery, police said.

Clock ticking for patients of Dr. James Kauffman to pick up records

Patients line up to get records as Dr. James Kauffman's office closes

Dr. James Kauffman appeals ruling to keep him in jail

MAYS LANDING — Dr. James Kauffman has filed an appeal of a Superior Court judge’s decision to keep him in jail until he can be tried on charge…

Police executed three other search warrants at properties owned by or related to Dr. James Kauffman last week, in addition to two warrants at …

Superior Court Judge Bernard DeLury’s decision followed more than an hour of arguments from prosecutors and Kauffman’s defense attorney, and i…

MAYS LANDING − A Superior Court judge ordered Dr. James Kauffman held in jail until his trial on weapons charges stemming from the physician's…

LINWOOD — Who killed April Kauffman? If authorities have a lead, they haven’t said so in five years. The mystery has haunted her family and fr…

Dr. James Kauffman is led out of the court room by officers after the judge granted the state's motion ordering Kauffman to detainment until trial Monday, June 19. 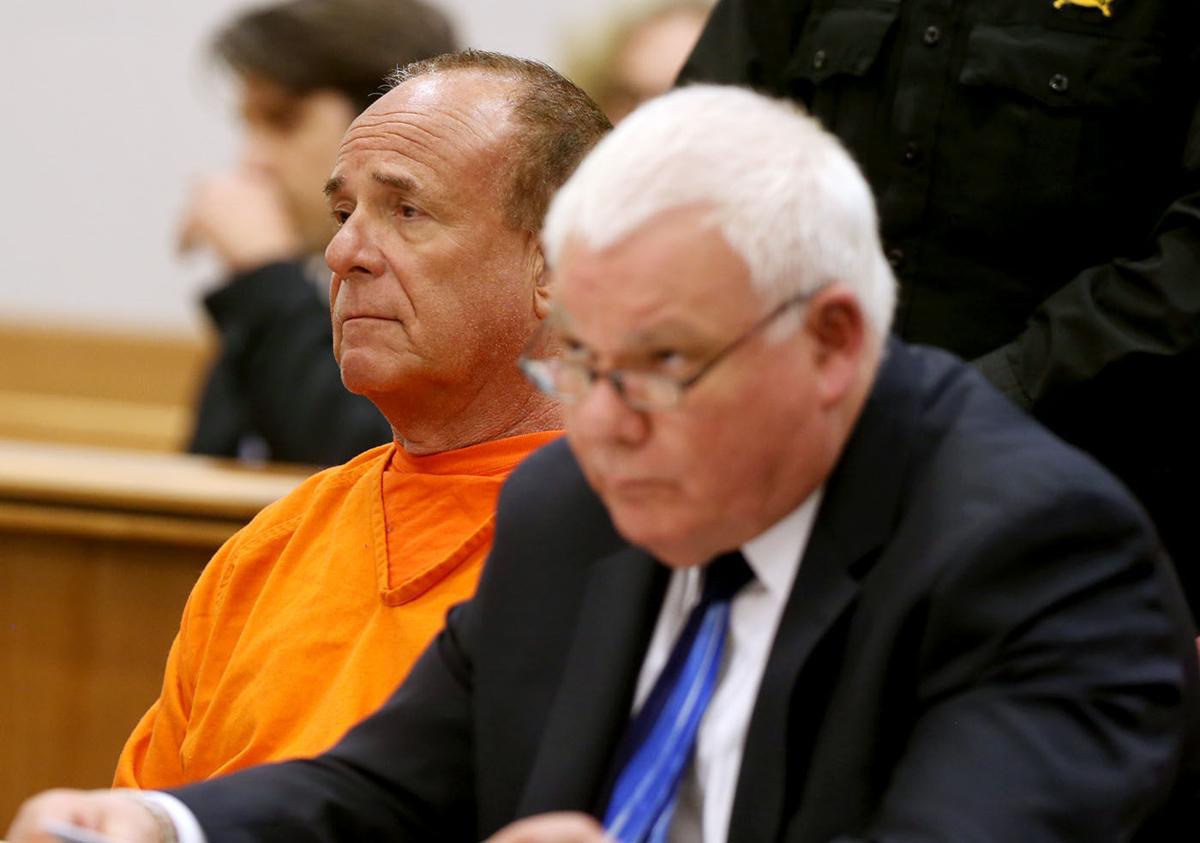 Dr. James Kauffman appears with attorney Ed Jacobs at the Atlantic County Courthouse in Mays Landing. Jacobs is named as a witness for the prosecution in the murder case of April Kauffman. James Kauffman died in an apparent suicide after being charged in his wife's murder. 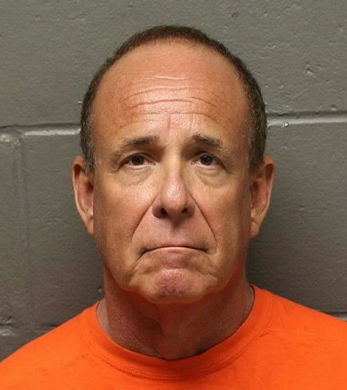